Giving Back and Making an Impact

When you ask a child what they want to be when they grow up, you don’t often hear “philanthropist,” but that’s exactly the answer Elizabeth Macias Bomer gave her parents when they asked their 10-year-old her future career plans. “My friend’s mom was a philanthropist and I loved what she was doing, so that’s what I told my mom and dad,” she laughed, admitting that she wasn’t even sure what a philanthropist did. However, she was on the right track. “I always wanted to do something that gave back to the community.”

She’s definitely found her niche. Bomer is the executive director of Robin Hood 210, a company using the arrows in its talented technological quiver to help local nonprofits hit the mark with fundraising. Created by local digital and public relations agency Noisy Trumpet, Robin Hood 210 allows consumers to purchase gift cards and other merchandise online while directly supporting incredible causes around San Antonio. It’s unlike other charity shopping efforts as all the net proceeds go directly to the nonprofit. 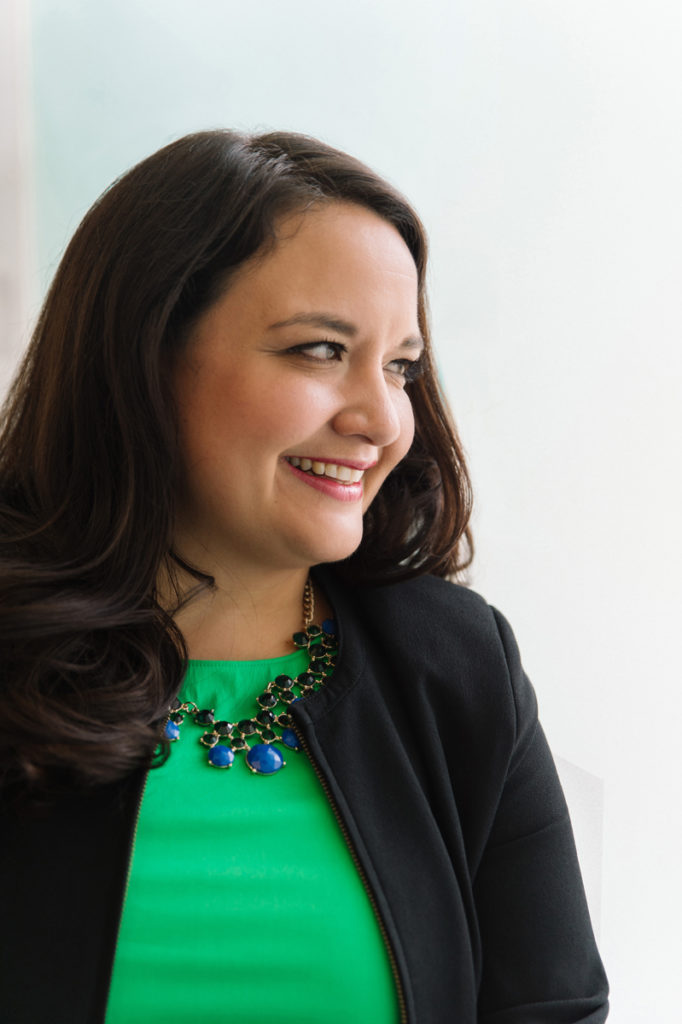 “For years in the nonprofit world, I would have people come to me and say, ‘I can’t give you $20,000, but I can give you $20,000 worth of burgers.’ I couldn’t use the burgers,” Bomer explained about generous in-kind gift offers that are often presented to nonprofits. “But Robin Hood 210 turns products that companies want to give into cash that nonprofits can dedicate to their mission.”

While San Antonio doesn’t resemble Sherwood Forest, Bomer hopes everyone is ready to join the merry band of men – and women – to support local nonprofits and charities by shopping online. Robin Hood 210 launches in November, benefiting the Brighton Center during its initial campaign. Two to four different nonprofits will be featured annually. The effort has been created from scratch by Noisy Trumpet, who recruited Bomer to lead the charge. She joins Robin Hood 210 with an impressive fundraising background, including positions with the Muscular Dystrophy Association, the San Antonio Zoo and the American Red Cross, where she worked as regional philanthropic officer through tragedies including Hurricane Harvey and the tragic mass shooting in Sutherland Springs. Due to the nature of the events and the resulting needs, Bomer found herself working nonstop. While it was draining, she was heartened by how San Antonio responded to the need with both funds and volunteer time.

“It was almost an out of body experience to see the outpouring of support,” she said. To put her fundraising efforts into perspective, she views the work, the hours and the effort through the lens of its impact.

“A lot of people look at fundraising and think it’s just collecting money, but those dollars have lasting impacts on people’s lives. That really gets me excited.”

At the Zoo, she was part of the multi-million-dollar capital campaign for Zootennial Plaza. She also created the zoo’s young professionals program, Zoomers, as well as Zoo-la-la, programs that are still going strong, something she’s proud of. You work very, very hard,” she said. “Sometimes you have to step away and see things first hand: see comfort kits being given out during a hurricane. See kids enjoy the zoo, or
patients going to therapy. See the changes you can make. See the changes that these dollars represent.”

Bomer’s parents planted the seed of community service when she was very young. “My parents had us volunteering from the time I was very little,” she said. “I started volunteering with my family at the King William Fair when I was tiny, and I still volunteer at the King William Fair.”
The family also volunteered at homeless shelters, serving meals. She encourages everyone to give community service a chance. “You don’t have to have a career in nonprofits. Start off small, then let it grow,” she said. “If you just do one thing and enjoy it, I guarantee you will be back for more, because it’s addicting.”

Bomer grew up around the country, but thanks to her father’s roots in San Antonio, she visited frequently as a child, so it feels like home. Her parents now live in San Antonio, as well as two of her three sisters. Her husband Jason joined the crew three years ago, and there are five nieces and nephews in the mix as well. While at school at the University of Texas at El Paso, she landed a job working for a state senator there before heeding the call to come “home” to San Antonio. The senator suggested she work in political fundraising while she looked for a job.
“During that search, I realized I actually do know how to fundraise, maybe I should apply for some fundraising jobs.” Twelve years later, there’s little doubt she found her calling. “I can’t imagine any other work for me. I’m very passionate about fundraising. I love being able to connect companies and individuals with great causes. Fundraising allows me to use my strengths to give back to the community. That was always the biggest goal for me. I wanted to be able to leave a mark somewhere.”

As much as she loves what she does, Bomer did however put her career on pause during the 2008 financial crisis. She had a job in fundraising, but chose to step away, move to Europe and become an au pair. She lived in Ireland for two years, working with two different families before returning to the U.S. and her fundraising career. “I used to almost hide it on my resume. I was embarrassed that I took time off – that’s not what I was used to doing,” she explained. “Now I’m proud of it. I learned a lot of self-confidence.” She recognizes that taking such a leap was a risk, but risk taking is something she considers a habit that has helped lead to her success. Bomer wishes more people would take risks and not fear getting something wrong. “I wish people would know that mistakes aren’t always such a bad thing in your life,” she said. “Sometimes when you take a risk, you come out with some really great ideas, and great solutions to problems.” She hopes other young women take her advice.

“Don’t let bumps in the road slow you down. Mistakes happen. Learn from them. Move forward and continue to forge ahead..”