This bread pudding recipe is very special to me because we began making it at Uncle Ben’s 70 years ago. Today, it holds a very special place at our family holiday table. Our family looks forward to enjoying it every Christmas. 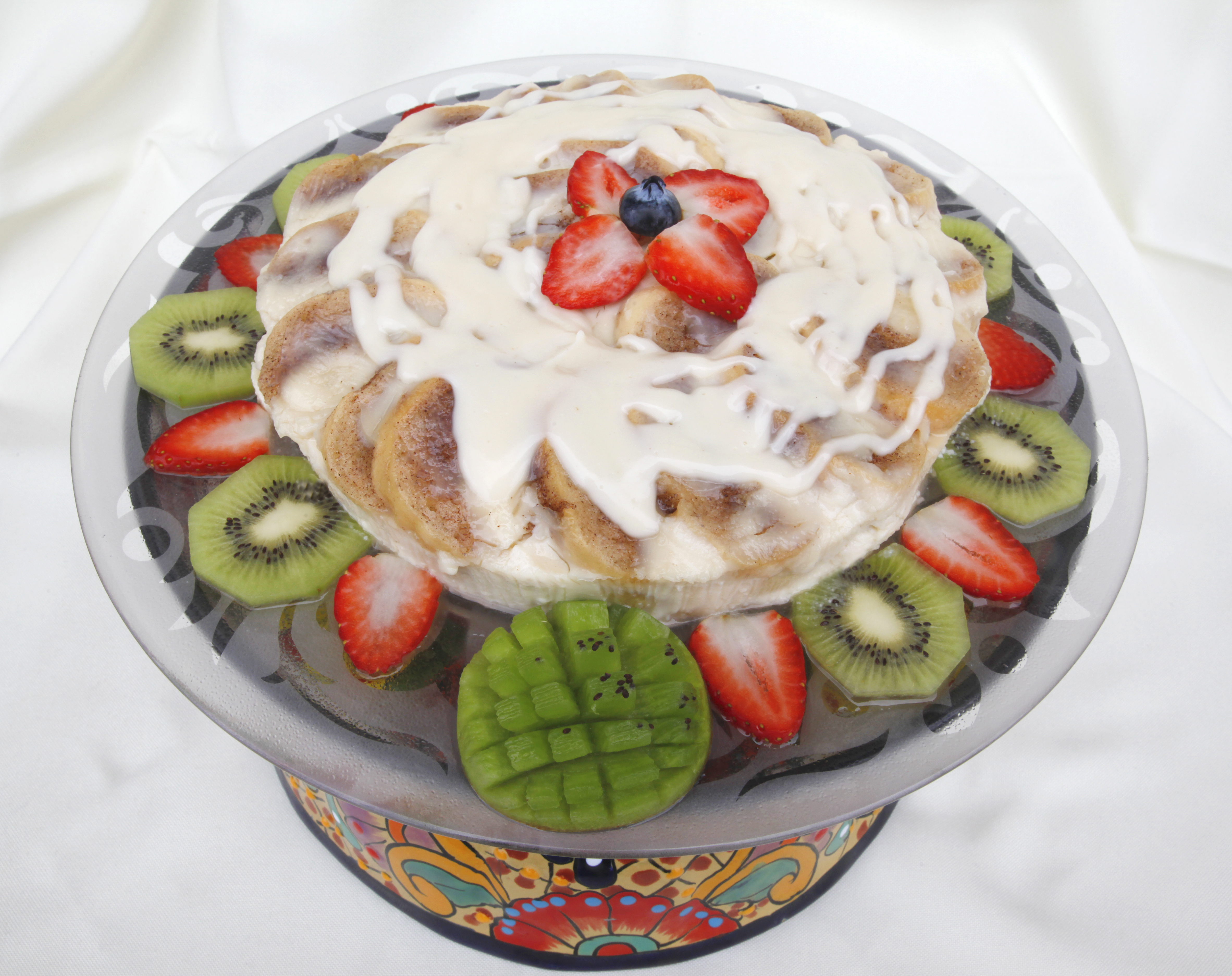 Mix together 1 cup sugar and 1 teaspoon cinnamon. Toss baguette rounds in melted butter, then lay out on a baking sheet. Sprinkle cinnamon sugar evenly over baguettes. Toast at 300 degrees for 8-10 minutes until crisp and slightly golden.

Heat heavy cream and sugar over medium heat until sugar dissolves and milk simmers. Prepare a slurry with the cornstarch, and drizzle it slowly into cream mixture, being careful to whisk quickly and avoid lumps. Allow sauce to simmer and thicken, stirring often. Remove sauce from heat and add vanilla and bourbon if desired.

In a cake pan or other deep-sided baking dish, ladle 1/4” of sauce, and then cover with a single layer of baguette toast. Cover baguettes with another layer of sauce and repeat process until dish is full.

Wrap entire dish in plastic wrap and foil. Heat bread pudding in a 250 degree oven for 20 minutes when baguettes will have softened a little and become soaked with sauce. Invert bread pudding onto a serving platter, and then ladle extra sauce over the top. Sprinkle with chocolate shavings, berries or toasted nuts.

Thank you Rosemary Kowalski for this fantastic recipe!