Born and raised in Lebanon, Tennessee, Betsy Buhler knew that she wanted a deeper relationship with the Lord at the tender age of seven, and it was her second-grade teacher who inspired her to pursue this desire and to embark upon what she called a “faith walk.”

As a teenager, she felt that God was calling her to serve, but there weren’t many leadership roles for women in the clergy at that time. So, she began to work behind the scenes, learning how to coordinate teams for church events that would bring the word of God to others.

For 18 years, Betsy worked for Lifeway Christian Resources in Nashville. She coordinated the worship teams and programming for large events and learned how to use multi-media elements to enhance them. It was here that she became very skilled at organizing and executing large-scale productions.

At an event in Wisconsin, Betsy met the worship leader for Community Bible Church (CBC) in San Antonio. He was impressed with her leadership and invited her to come to Texas in 2001. Betsy was reluctant to go, but her brother, Bob, reminded her that God opens doors in our lives when we least expect it.

She was offered a position at CBC to create a media and communications team, and she accepted. For 18 years, Betsy led the CBC media team, using technology to reach church parishioners in new ways as the church continued to grow. She speaks with pride about her team’s accomplishments over the years.

“We became the hub of the wheel, using technology to allow people to see God more clearly. We didn’t have to be on the stage to get the message across, and we were able to reach people in different ways.”

As Betsy’s role at the church grew, she wanted to extend her service into the community. She had been instrumental in working with the S.A.P.D. to coordinate several large memorial services for fallen officers, and in 2007 she was invited to become a chaplain for the police department. She says, “My role is to be there for anyone who needs me. This is a challenging season for police officers, and I’m here to let them know that God is with them.”

This community outreach has led Betsy to act as a chaplain for several different groups. She was the chaplain to the WNBA Silver Stars until their departure in 2017, and she has served as a spiritual resource for C.A.S.A. In 2019, Pastor Ed Newton bestowed the title “Chaplain to the City” upon Betsy, and her mission in this new role is to “become the hands and feet of Jesus.”

Personally, Betsy’s own life has been challenging at times. She is a two-time survivor of breast cancer, and in the past few years, she has lost several family members. These personal challenges have forced her to strengthen her resolve and determination to continue on the path that the Lord has set forth for her. She takes solace in the bible, but she reminds herself that it is not her battle.

Betsy says, “Even through our challenges, there is joy in the journey. My identity is not as a cancer survivor. My identity is in Christ. I am grateful for my calling and that God has given me the ability to help others through tough times. I am grateful that I’ve been directed to touch the lives of others with God’s word. I am blessed.” 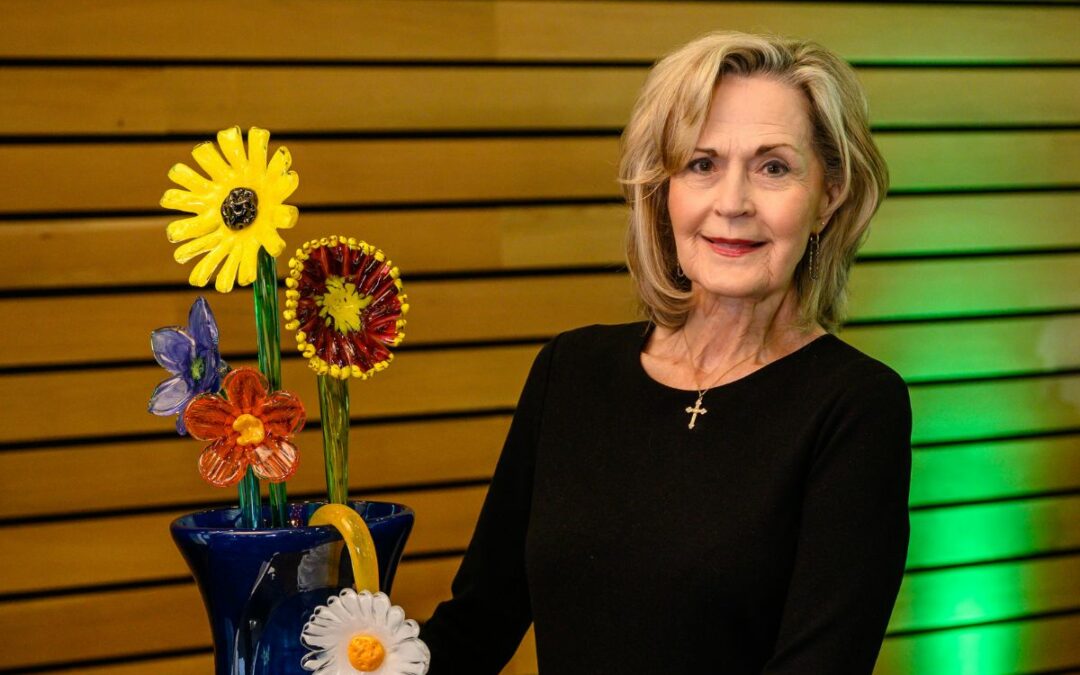 Where are they now? Tracy Wolff Cover Woman - March/April 2005 What do you remember most about your experience of being on the cover of San Antonio Woman? When I created the Hidalgo Foundation in 2002, I set only three goals, but they required raising a great deal of...