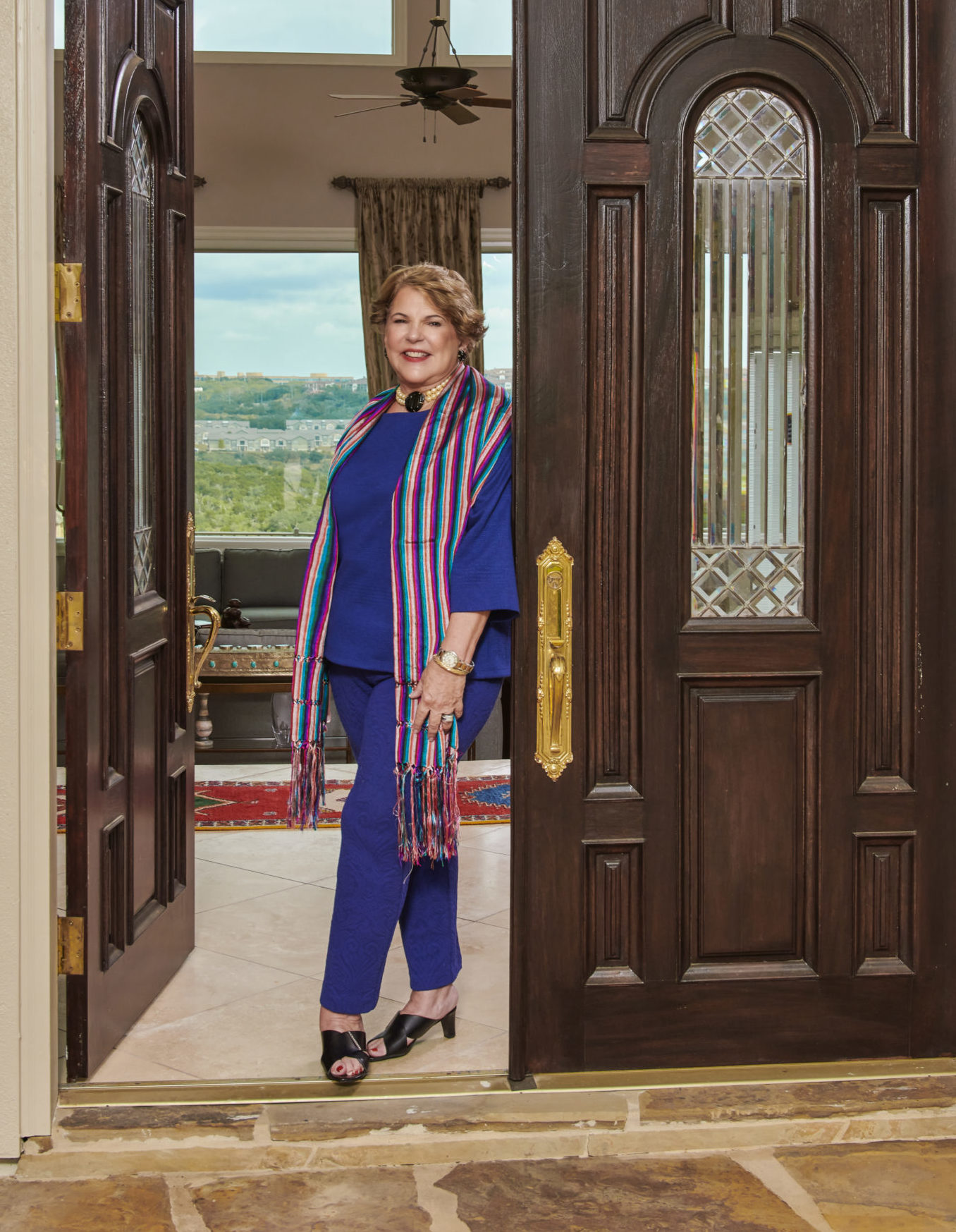 A nickname earned while in high school teaching her classmates to “Cha Cha” over lunch either portends your future in education, or your future as someone always on the move. Both definitely fit Dr. Ana Margarita “Cha” Guzman, chair of the San Antonio Housing Authority Board of Commissioners. 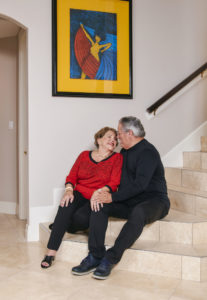 After immigrating from Cuba to Wisconsin when she was 12, her classmates often stumbled over the Spanish pronunciation of Ana Margarita, so she asked them to call her “Cha Cha” instead.
The nickname and her skill as a teacher stuck, though she admits it took some time for her to fall in love with education. “I was not a good student in elementary school, and I was bored throughout high school.”

A job as a teacher’s aide in the first year of the Head Start program changed that. “The teacher, a nun, didn’t speak Spanish, and the kids didn’t speak English, so I was the teacher. That’s where I fell in love with teaching children.”

Dedicating her life to education, Guzman found her way to San Antonio as President of Palo Alto College, a role she cherished for 12 years. During her tenure, enrollment increased by 61%, retention rates increased from 62% to 84%, and continuing education revenues increased by 400%. Under her leadership, PAC garnered millions of dollars in federal and state grants and was chosen to establish the first recovery high school in the State of Texas by the Bill and Melinda Gates Foundation. 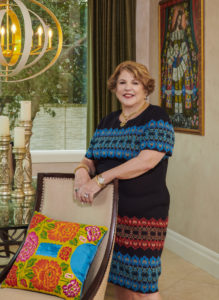 She was honored with the Ford Salute to Education in 2005, named to the San Antonio Women’s

Hall of Fame in 2006 and recognized with a Women’s Leadership Award from the San Antonio Business Journal earlier this year.

After 38 years of working in the public education sector, Guzman retired from education, but her call to serve was still strong. “I just don’t feel good if I’m not giving back. I feel guilty and selfish. God has given me lots of energy and lots of ideas and lots of education.”

And she’s not one to sit still. “I have to get things done. I can’t be doing nothing. I always set goals and a time period of when to finish those goals. I have had so many opportunities that I have to carry them on. I have to pay it forward. I’m compelled by it. I just cannot not do things for other people. It would not be right for me to only take care of my family and myself. I feel a need to take care of others.” 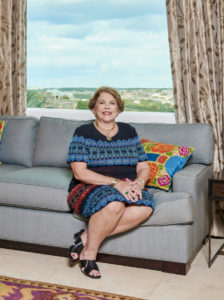 That calling drew her to look for an opportunity to further serve San Antonio. “I love this city and I love doing things that nurture progress for our community.” She let Ivalis Gonzalez Meza, Chief of Staff for Mayor Ron Nirenberg, know she was willing and ready to give her time to the city. A week later, Guzman was asked to serve as the chair of the San Antonio Housing Authority (SAHA) Board of Commissioners.

SAHA provides housing assistance to more than 57,000 children, adults and seniors, managing 70 public housing communities, 27 mixed-income apartment communities, and more than 14,000 housing choice rental vouchers, commonly known as section 8 vouchers, across San Antonio. “About half of the public housing families we serve are single women with children, but we also provide for the elderly and for those who have disabilities,” she explains.

“To have somewhere where you can utilize your energy and share with your family and share with others, that you can call your own, is really important. That’s what we’re trying to do with SAHA. We’re improving our properties, and we are building many more so that our community who needs it will have a place where they feel safe and they feel good having their family and their friends visit.”

SAHA works to create housing options across the city. “We’re creating opportunity on the north side, the south side, the east side and also the west side. As we continue to grow affordable housing in San Antonio, we try to strategically select areas where there’s transportation and where there will be jobs available for our tenants,” explains Guzman.

“Housing is key for the city to invest in. It’s such a passion of mine. We’re lucky to live in San Antonio with a mayor like Ron Nirenberg who is as dedicated to the community as he is, and with a city council that is so committed. San Antonio is a very special city that attracts people. I can understand why we’re going to get another million people in the next 20 years. We must continue to try to be kind and welcoming to all of those people.”

That goal mirrors the advice that Guzman gives to others – and what she tries to do herself. “Try to always listen and be kind. Because there’s a lot of pain, and if we can bring some joy to our fellow man, then life will be sweeter for everyone.”

She spends her time with her husband, Gilberto Ocañas, on the move. “We go bike riding. We go for walks. We love to travel and do healthy things.” The former competitive swimmer also spends as much time in the pool as she can.

“If you’re lethargic and don’t do much, then you won’t do much. But if you keep yourself active and you exercise, and you get involved in interesting things, then you will have more energy to give to your family and community.” 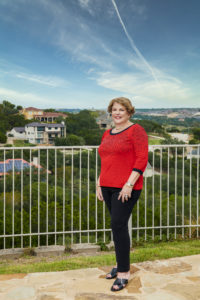 “You have to build through yourself in an environment of positivity of goodness, and a belief that you can make a difference for other people. And then that you have gifts that are there to share with the world.”

Guzman also believes in sharing challenges to find solutions. “I’ve learned to step back from the challenges and to look at where they’re coming from and to make a plan on how to solve them. And I always seek help. I seek my husband’s advice all the time – he’s my greatest advisor.” Guzman also treasures a circle of friends who give her guidance, as well as coworkers and members of her team. “At Palo Alto, I would ask for them to give me advice on how to go about solving this challenge so we could come together and find solutions.”

Guzman’s father gave her advice that she still follows. “It was in Spanish, but I’ll translate it: If you ever have a problem and you have the ability or the money to solve it, solve it and go on.”
“You can’t imagine the impact that has made on me for problem solving, because I would have a problem and I would have the money, and I would tell him. And Gilberto would say, ‘Remember what your dad said to you, just solve it.’

Sometimes I think we get inside our problems and get confused and don’t know where to go from there. Don’t wallow in the problem. Just solve it and go on. And I have, I have worked through that. Always. It has always really helped.”

“I’ve also written the story of my life for my grandchildren so they know who their grandmother was.” Guzman has two grandchildren, Margarita, named for her, and Matthew Ryan from her son Sean and daughter-in-law Liliana. Matthew’s middle name honors Guzman’s son Ryan, who she lost 21 years ago.

“His dream was to be a motorcycle racer. And that’s what he was. He was number two in Texas. And his dream was to go to Europe, to race there. I was totally against it, but children have their own paths that you really can’t block. And that was his path.

“He said to me, ‘One day, Mama, if something happens to me, know that I was doing what I loved.'”
“So there’s the sad part. I’ve always had faith. I truly believe there is a God, and that protects us. And when things go badly, then I have a refuge.”