Texas. Some say we are a western state, while others consider us a true territory of the South. However, we all know that we are our own unique entity, blending together the cultures of the people that helped to settle this vast land. We have influences from every corner of the country and there is one local restaurant that has taken our southern roots to heart to create an outstanding menu highlighting everything that makes Southern cuisine a true comfort food. 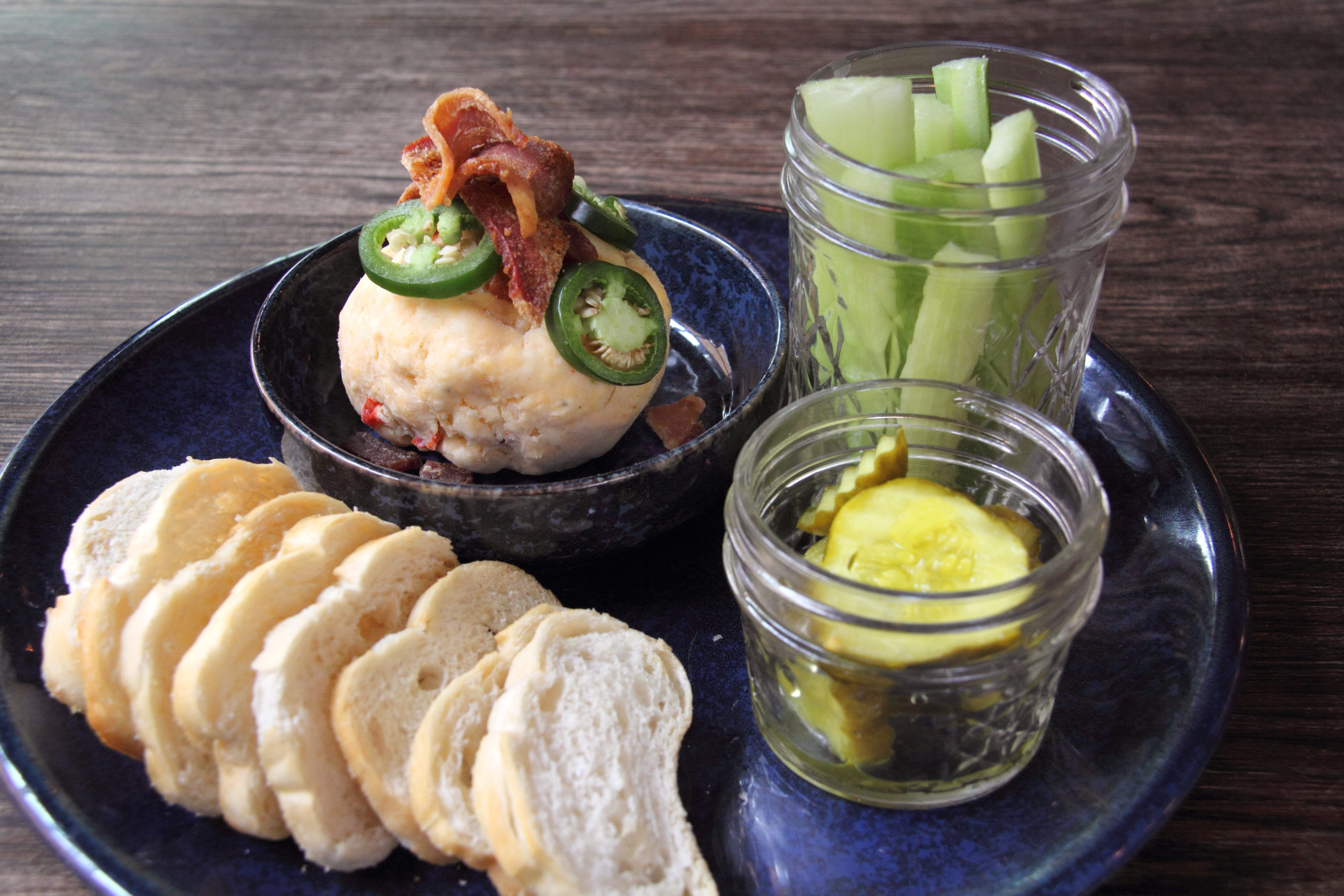 Mark Bohanan is one of the most recognizable and awarded chefs in town, and his namesake restaurant, Bohanan’s Prime Steaks and Seafood downtown on Houston Street, has been impressing locals and tourists alike since 2002. A few years ago, Chef Bohanan wanted to branch out and create a restaurant that paid homage to the great Southern cooking that he grew up with in Jourdanton. He also wanted to create a unique place where he could get diners out of the city to experience that down-home Southern charm in a laid back atmosphere where you can relax while enjoying some truly outstanding food. Named after his late mother, Peggy’s on the Green opened in Boerne in 2016, as an extension to the historic Kendall Inn, a 19th-century stagecoach stop that has offered Texas hospitality since 1859.The restaurant is very warm and welcoming. It reminds you of a comfortable dining room in an old plantation home, and with one bite of their house-made biscuits, you’ll swear that somebody’s grandmother must be in the kitchen stirring over the stove. The menu features many hearty Southern classics, along with several prime, aged center-cut steaks from Allen Brothers. To start, order the Pimento Cheese appetizer for the table. Served with roasted jalapeños, bacon, celery, bread and butter pickles, and fresh bread slices; it makes for the perfect start to your Southern culinary adventure. Other fantastic offerings to kick-start your meal include the Chicken Fried Quail, Fried Chicken Skins, and Peggy’s signature Deviled Blue Crab dip. 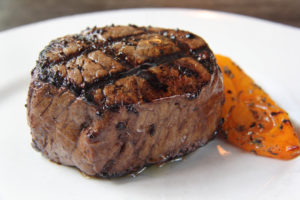 The restaurant features unique menus for lunch, dinner, and brunch on Sundays; along with an outstanding bar menu full of creative craft cocktails, like the Texas Wildflower, a blend of Kruto Vodka, St. Germain, lime, sugar, orange, blackberries, and blueberries. At lunch, you’ll find something to please even the pickiest of eaters with a strong selection of fresh salads and sandwiches, as well as traditional Southern plates like their Chicken Pot Pie and their hearty Salisbury Steak, featuring mesquite-grilled chopped Akaushi Beef served with a veal and red wine reduction, along with mushrooms and onions.

Dinnertime features more Southern goodness with a representation of dishes from across the Southland. Try the Cajun flavored Andouille Shrimp & Grits, or the Corn Flour Dusted Soft Shell Crabs served appropriately with fried green tomatoes and Crystal aioli. You will not walk away from Peggy’s hungry, especially once you’ve sampled the dessert menu and attempted to share Peggy’s Chess Pie, Pecan Pie, and Old Fashioned Carrot Cake. This is where southern manners are tested and you may have to dig deep, back to your cotillion days to remember how to behave in public. 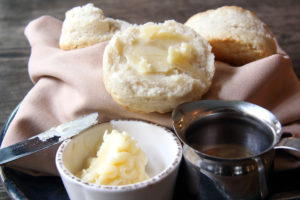 The star of Peggy’s menu line-up, however, just might be their delectable brunch menu, served only on Sundays. Once you’ve experienced it, you’ll wake up on the weekends craving one of Peggy’s benedicts. The Country Ham Benedict does away with that Canadian swine and instead serves up some grilled Applewood Country Ham. If you’re feeling beefy, then you’ll appreciate the Short Ribs Benedict with braised short ribs served on house-made biscuits with poached eggs and green chili hollandaise. For those missing the coast, Peggy’s also features a Softshell Crab Benedict with roasted heirloom tomatoes. Paired with a spicy Bloody Mary or Sweet Mimosa, you’ll have the rest of the afternoon to recover creek side on Peggy’s comfortable outdoor patio, featuring a huge fireplace for those chilly days. 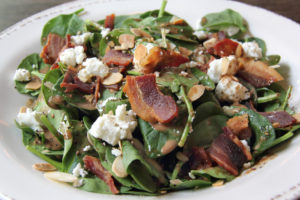 The wait staff at Peggy’s is incredibly friendly, and the service from your very first greeting is what you’d expect from a Mark Bohanan establishment, making you feel right at home throughout your entire visit. Chef Bohanan and his team have created a wonderful atmosphere replete with fine Southern cuisine, hospitality, and charm; right in the heart of Boerne. It is well worth the trip “out west” on I-10 and should definitely become a desired destination of anyone who truly loves the South and its iconic flavors and dishes. 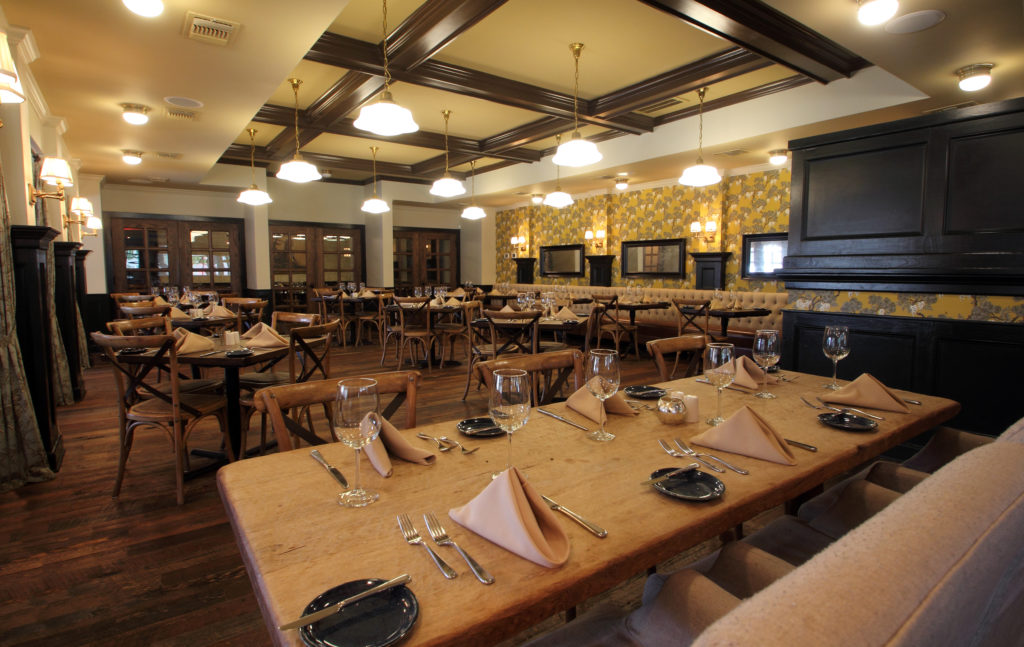