Here’s some food for thought from the folks at Culinaria: When you wine and dine at area restaurants during Culinaria Restaurant Weeks, you’re helping the nonprofit promote the Alamo City as a premier destination for culinary, beverage and hospitality to an international audience.

Restaurant Weeks includes some of the city’s most time-honored restaurants and rising culinary stars. It gives visitors and residents the opportunity to experience the quality, variety and hospitality that embodies the Boerne, New Braunfels, and San Antonio dining experience.

For food lovers who can’t wait for Restaurants Week, you’ll be glad to know that Culinaria is offering a prelude to the August event with the introduction of Tasty Tuesdays each Tuesday, of course, during July and August. Participating restaurants offer $15 three-course lunches and $30 three-course dinners, just like the delectable deals offered during Restaurant Weeks.

“One of our primary goals is to help expose and support the remarkable culinary talent we have in this city,” Suzanne Taranto-Etheredge, president and CEO of Culinaria, said in a news release. “Tuesdays are traditionally slower for the restaurant industry, so it makes sense to extend our Restaurant Weeks offerings to those nights. It might be the nudge folks need to get out and sample some of our city’s best gourmet options and still stay on budget.”

Moreover, downtown parking in San Antonio is free on Tuesdays, so locals don’t have to worry about $10 to $20 parking fees.

Last year, eateries in Boerne and New Braunfels participated in Restaurant Weeks and will also provide menu offerings on Tasty Tuesdays. Additional participating restaurants are added each week, so people are encouraged to visit the website to learn about Culinaria and all of its food and wine events.

Browse culinariasa.org and view the menus from participating food establishments where you can indulge all for a delicious and hearty cause during Culinaria Restaurant Weeks Aug. 10-24. Keep in mind that although reservations aren’t required, it might be wise to do so since walk-in service can’t be guaranteed. 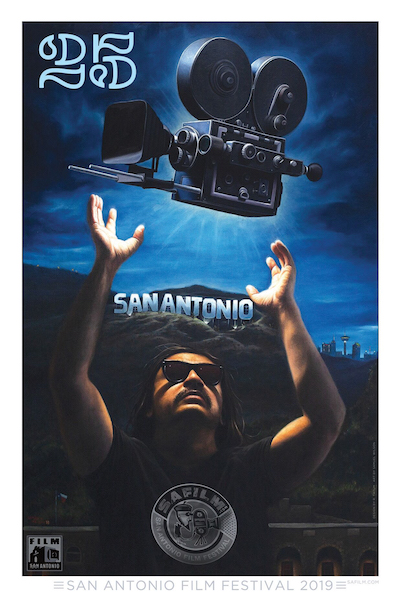 The Tobin Center • July 29 through August 4

The Tobin Center will be the location the 25th silver anniversary of the San Antonio Film Festival from July 29 through August 4.  “We’ve been watching movies now for 25 years, San Antonio!” said Adam Rocha, SAFILM founder, and executive director. “What an incredible feeling to head into this milestone year and reflect on how far we’ve come. We started out as this underground, indie-movie night that has grown into a weeklong red carpet event. Now we have Hollywood A-listers sharing their expertise and success stories with the next generation of filmmakers right here in San Antonio.”

Cybill Shepherd will receive an award from San Antonio film producer Marcia Nasatir, who was the first woman VP of Production at United Artists in 1974 and championed such films as Rocky, Carrie, Apocalypse Now and The Big Chill. Shepherd will also be in attendance for her August 2 screening of Being Rose.

Cheech Marin will receive a Lifetime Achievement Award presented by Gary Gibbs, Ph.D. and executive director of the Texas Commission on the Arts and a “special guest” at 7 p.m. July 31, followed by the screening of The Cheech, a 15-minute documentary by Edward Tyndall.

For info and tickets, www.safilm.com.

From their memorable hit singles that have spanned the course of six decades, including Feelin’ Stronger Every Day to If You Leave Me Now, catch Chicago live in concert at the Majestic Theatre at 8 p.m. Tuesday, July 30.

Known for their signature sound of the Chicago horns, their iconic vocalists, and more than a dozen classic songs, Chicago’s concerts are celebrations in rock music, and 2019 marks the band’s 52nd consecutive year of touring, without missing a single concert date.

The original four band members are Robert Lamm on keyboards and vocals, Lee Loughnane on trumpet and vocals, James Pankow on trombone and Walt Parazaider on woodwinds.

You can expect to hear tracks from Chicago’s newest record, NOW” CHICAGO XXXVI, released on Frontiers Records that includes 11 songs recorded on the road.