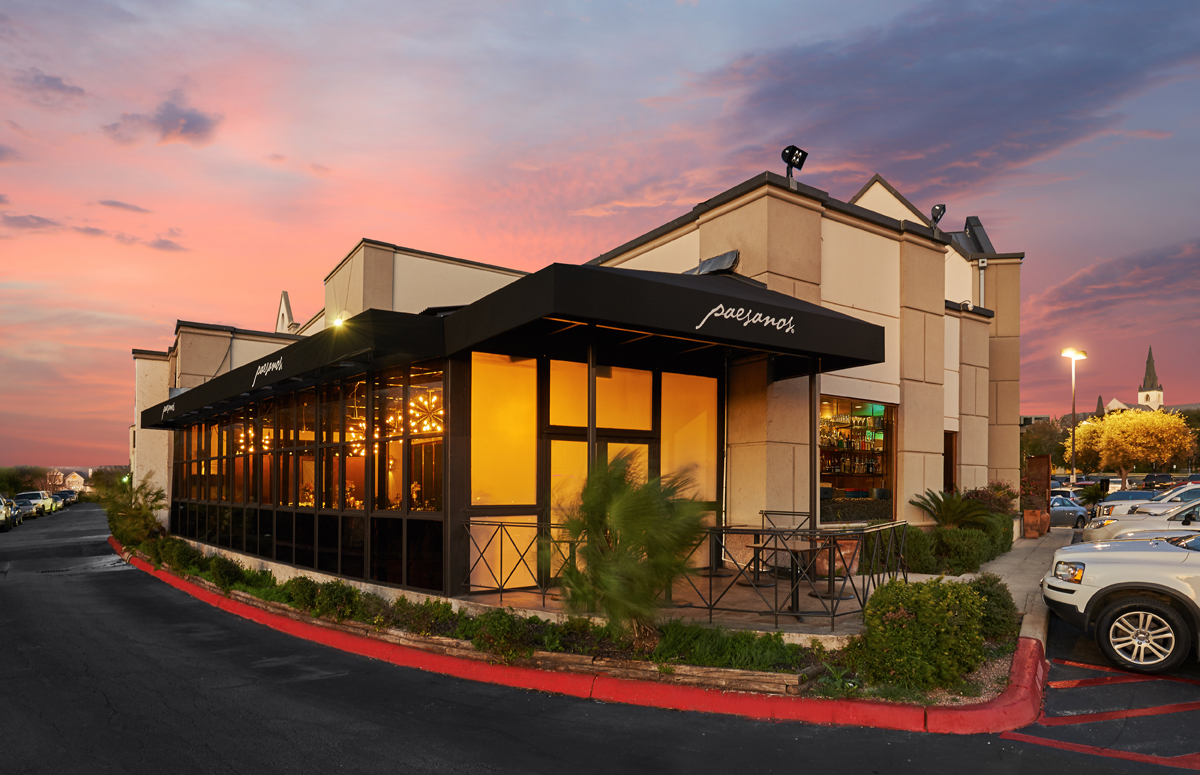 Ask a longtime resident about iconic Italian restaurants in San Antonio and without fail, diners will reminisce about their favorite dishes from Paesanos. The restaurant has earned the loyalty of many in San Antonio since founder Joe Cosniac and then-business partner Nick Pacelli, who died in 1992, opened the original Paesanos on McCullough Avenue in 1969.

Cosniac came to San Antonio from Canada a few months before the opening of HemisFair in 1968. He then stayed and opened his first restaurant with his partner and best friend, Pacelli.

“Hemisfair was a turning point for the city,” said Sarah Cochran, marketing director for Paesanos over the past 25 years. Paesanos has been a part of that history ever since.”

The small McCullough location has since closed, but the duo’s formula for success sustained their growth with the opening of three larger restaurants. The flagship Lincoln Heights spot at 555 E. Basse Road continues to woo avid fans and newcomers alike with its consistent delivery of good food and welcoming hospitality. Paesanos will be celebrating its 50th anniversary in 2019 by offering signature wines. The cabernet sauvignon is a private label wine for the restaurant, according to general manager Tim Bieker, and will be available at all three locations starting in January throughout 2019 while supplies last.

Cosniac has said many times the key to Paesanos success over the past 50 years is consistency in a great dining experience to ensure customers return. “Our staff knows many of our customers by name,” Cochran said. “We treat everyone as if they were a member of the extended Paesanos family.”

That hospitality extends to returning patrons who might ask for a dish from an older menu. The kitchen’s response will always be to make that same dish, as long as they have the ingredients on hand. “The restaurant has always been owned by Joe,” Cochran said. “There has never been another owner, so having one owner’s vision for a locally owned business makes all the difference.” 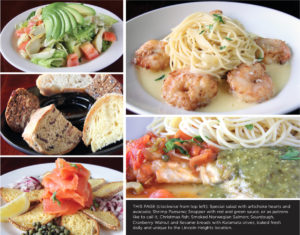 The Lincoln Heights location has its bakery to keep the bread baskets flowing with a selection of Kalamata olive bread, cranberry walnut bread, sesame bread and crusty ciabatta. If you need an Instagram-worthy appetizer, order the smoked salmon, which is smoked in-house. The smoked Norwegian salmon is served with red onions, capers and crostini, and drizzled with extra-virgin olive oil.For those returning to Paesanos, the reliable Shrimp Paesanos still excites the palate. It is never taken off the menu due to its overwhelming popularity. The Shrimp Paesano comes with five massively jumbo shrimp dusted in flour, pan sautéed in peanut oil, then baked in a lemon butter sauce and sprinkled with parsley. Imitated by many, attempts by others to reproduce one of Paesano’s original and most popular dishes fall short.

“That’s because there are some secret techniques in the recipe that make it so special,” Cochran said. “We have grandsons of the original cooks working in our kitchen.” In addition to favorite dishes, there are also memorable new entrees, such as the snapper served with a red ranchero sauce as well as a fresh green Verde sauce. Their veal scaloppini piccata is sautéed in butter and generously garnished with crispy prosciutto. Cappuccino ice cream pie with a chocolate cookie crust topped with a chocolate glaze is available from Paesanos early days on McCullough. The Lincoln Heights location also boasts a chocolate banana bread pudding, served with caramelized bananas and vanilla ice cream and a Grand Marnier soufflé that comes with luscious vanilla and Grand Marnier creme anglaise dessert cream sauce.

“What I have seen is that we set the bar for service because, for us, hospitality is an art,” Cochran said. “People always appreciate good service — it’s always nice to have someone know your name or remember your favorites.” That sense of hospitality as an art form is in evidence particularly at lunchtime when business people hold meetings. The staff will often greet the diners by name. “We also have a private dining area that can be rented,” Cochran said. “We’ve had it scheduled for office meetings as early as 7:30 a.m. and can arrange for a breakfast buffet.” 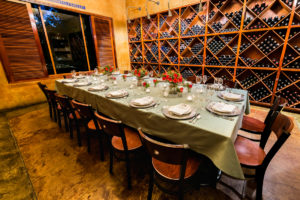 Paesanos is a family favorite for those looking for a special meal during the holidays. Only the Lincoln Heights location will be open on Thanksgiving for the first time this year, featuring a three-course Thanksgiving-themed meal. Diners will also be able to order from the regular menu. The restaurant will also be open Christmas Eve, Christmas day, New Year’s Eve and New Year’s day.

“If you look at the rest of Texas, I mean, it’s nice and everything, but there’s no other town like San Antonio,” Cosniac had said in a 1995 interview. His vision of Paesanos as a welcoming restaurant continues to beckon like no other in San Antonio.