The Business of Family Cohabitation 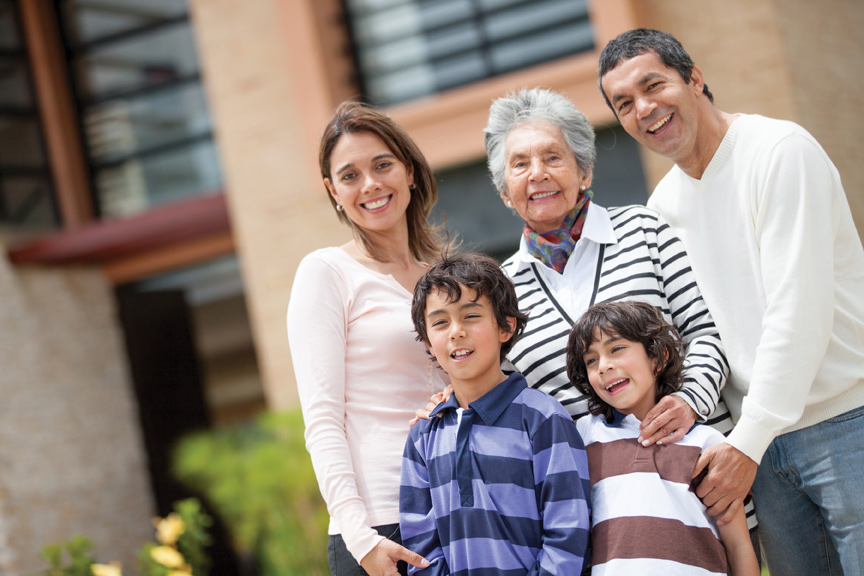 An older parent passes away, leaving the surviving parent on their own in a bigger house than they need. Everyone loves having grandma or grandpa around, so why not have them move in? It’s something many families have considered, but there are things to think through before adding a room for grandma or grandpa — or moving in with your own children.

“It takes a lot of cooperation and a lot of open communication,” outlines Kim Ford, president of theKFORDgroup, certified public accountants in San Antonio. Ford speaks from personal experience as she is in the midst of a family transition, helping her mother move in with her daughter.

Despite three generations of family being involved, looking at it as a simple family issue can create problems. Ford suggests that families look at it as a transaction. “Treat it like a business,” suggests Ford.

“If you went into a partnership with a third party that wasn’t part of your family, wouldn’t you want to know what would happen if something happened to them or if they became disabled?”

In Ford’s family, her daughter and son-in-law are building a casita on their property for Ford’s mother. The 86-year-old will have fully separate living quarters and is part owner of the property.

A business point of view also guided how Ford’s family documented everything. “We did everything just like you would for a business,” she explained. “We’ve assessed all of the risks and we’ve gotten insurance in place to mitigate those. We talked about it all, written it down in an agreement and everyone signed off so everyone can feel secure,” she explained.

They also updated wills and made sure that all potential scenarios were discussed, including if her mother becomes disabled or if her daughter and son-in-law divorce. Ford admits there were a few heated discussions and probably a couple of tears.

“It’s the bad stuff you don’t want to talk about,” she said. “What if we don’t live happily ever after? You have to talk about that. Anything where you’re dealing with money needs to be documented. It’s an insurance policy against misunderstanding,” said Ford. “It’s really about communication, about what’s fair for expense allocation.”

Marty Roos, partner-in-charge of the San Antonio office of Clark Hill Strasburger, said he agrees. “Upfront communication about expectations is key to avoiding conflicts down the road,” he explains. “And not just with mom and dad, but with all of the children. What are the expectations of moving mom and dad in? Is there an expectation of a reward or reimbursement?

Roos notes that “A harmonious family can be turned upside down,” and outlined questions that should be addressed, such as “How will expenses be handled? What are the expectations of that child? Will there be any reimbursement? Will they pay rent?,” Roos said. “All of that should be up front in an agreement.”

The answers to those questions also carry tax implications for caregivers. “If a parent is paying rent, that becomes rental income for the child,” Roos explained. He said that needs to be reported as income to the Internal Revenue Service. Another alternative is that the parent “gifts” money to the child to help cover costs. Under the new tax laws, gifts are limited to $15,000 per year, per person.

No matter what the arrangement is, it needs to be documented and pre-planned. Maggie Giltner, a partner in the estate planning and probate department of Clark Hill Strasburger, explains, “We see a lot of problems when a family moves parents in and just deals with it as it comes instead of having an understanding ahead of time.”

“If you’re going to pay rent, or have some financial arrangement, put that in writing.”

The situation can be exacerbated when multiple siblings are involved. “It gets complicated. Parents may outlive their assets and all of the children may not pitch in evenly,” Giltner said. “You can then see lawsuits between the children.”

Thinking through potential health concerns and care that might be needed is something both Roos and Giltner recommend. “If you only think of the good that’s going to come of it and you don’t think to the future — two years, five years, seven years down the road, you may not be prepared for what’s ahead,” explains Roos.

“Many people think of it just like a parent coming to visit, but as their needs increase, the child can’t take care of all of the physical needs,” he said. “As their health declines, it can become a considerable responsibility on the child that brought them in — more so than they might have thought.”

Ford suggests, “Think through what it would look like if the parent needs to go to assisted living or can’t do in-home care.”

Although there are many positives in her family’s situation, Ford details some of the downsides as well. “It’s hard. It sounds great when you’re thinking about it, but now you’ve got extra people in your house. There’s some lack of privacy on everybody’s part.”

Ford, Roos and Giltner all recommend that families entering into a cohabitation arrangement make sure that all legal documents are updated, including both medical and statutory power of attorneys, living wills and traditional wills. “Those documents take care of financial and other situations,” notes Giltner, who also recommends that families think through the implications of mom or dad selling their home. “Your home is an exempt asset. Selling converts an exempt asset into cash, which has implications for those receiving Medicaid.” For individual guidance, consult your attorney, accountant or financial advisor.

Giltner also recommends that an exit plan be part of pre-planning. “You need a Plan B in case it’s not working out,” she said. “There should always be some conversation about if this doesn’t work out, if this gets too hard. If you don’t think about an exit plan, that’s where you’re going to have more problems.”

Or move in, if it’s the right choice for everyone involved.

“Once you have the business part down, you can go live your life. There’s no element of unknown, no elephant in the room,” explains Ford. “Once you do it, it’s a freedom. Everybody knows where they stand, everyone is in agreement and you move on.”