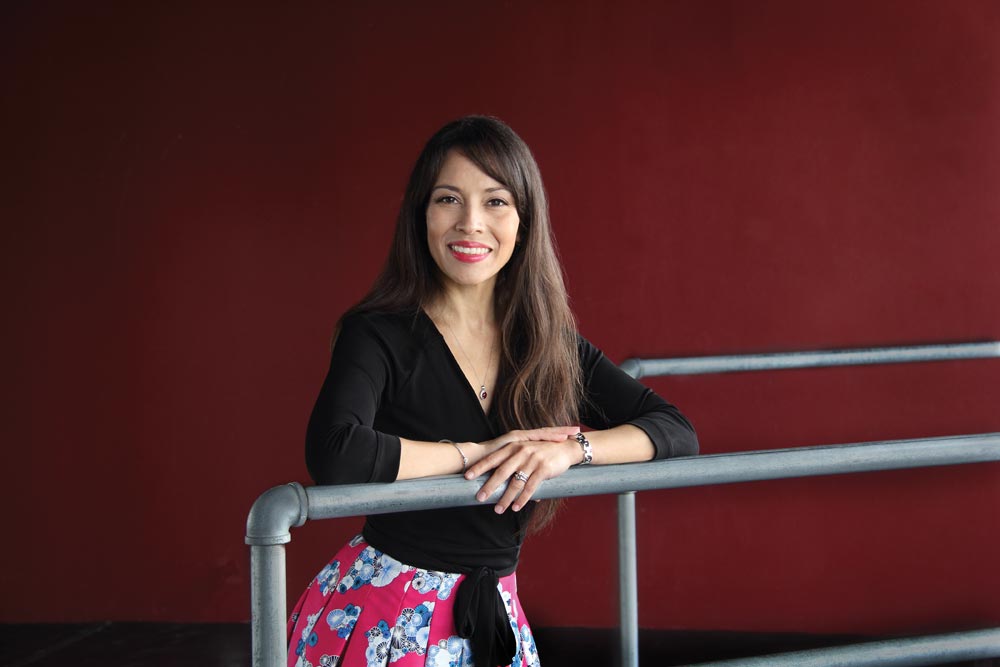 On Sunday, May 7, the Children’s Ballet of San Antonio (CBSA) presented the last performance of Swan Lake, its second and closing production of the 2016-17 season. All the roles, including the leads, were danced by young dancers below the age of 18 before a large audience of families and supporters. Though dance skills were by necessity uneven, the principals were accomplished performers well beyond what can be expected for their age.

Seventeen-year-old Catalina Barrera (Odette, the White Swan) and 13-year-old Mackenzie Kirsch (Odile, the Black Swan) danced with grace and confidence, while their partner, 17-year-old guest artist Isaac Sanders, positively vowed the crowd with his Act II solo variations. Needless to say, the sight of so many earnest young dancers in pretty costumes was heartwarming, with the youngest tots adding a generous dose of cute appeal.

“We give young dancers, ages 3 to 19, the opportunity to develop their skills and perform on stage in all roles. Our leads are often very young, like 12 or 13. Our Sugar Plum Fairy (in The Nutcracker) was 12,” explained CBSA’s founder and artistic director, Vanessa Bessler, who established the Dance Center of San Antonio as a ballet school, and CBSA as the pre-professional nonprofit dance company. “I saw that these kids could handle it. People can’t believe how young they are.”

The training program currently has about 100 students who can choose between several options of either pre-professional or recreational dance training, depending on their schedules and interests. But the shows are cast through open auditions, which give dancers from other ballet schools in town a chance to shine as well. Taking part in the two performances of Swan Lake were 170 kids and three male guest artists — themselves teenagers.

“We also invite other young artists from other disciplines to appear in our shows — gymnasts, fencers, theater artists, musicians,” said the artistic director. “We try to integrate as many children as we can. For the next Nutcracker we’ll try to integrate special needs kids, too.”

In addition to Bessler herself, the adult pros who make it all happen include guest ballet mistress and former Houston Ballet principal Amy Fote, costume designers Francoise Sell and Susan Trevino, and set and projections designer David Morgan, all well regarded for their skills. “It’s a top-of-the-line team,” said Bessler.

Next fall, CBSA will again offer its version of The Nutcracker called The Children’s Nutcracker, which will be followed in the spring of 2018 by Don Quixote, another staple of the ballet repertoire, albeit with a San Antonio twist. This knight’s story is labeled “de San Antonio.”

From Panama to San Antonio
A Panama native, Bessler, née Angulo, discovered ballet more or less on her own by watching The Nutcracker on TV. “I remember leaping all over the house. At age 4, I was doing splits,” she recalled. “However, my mother was reluctant to take me to the Academy of the National Ballet of Panama because it was very competitive and demanding, and she was afraid that they might not accept me. One summer, she finally took me to an open class. That’s where one of the teachers (Joyce Vives) saw me and asked my mother to take me to the pre-professional class. After a single year, she told my mom, ‘Vanessa is going to be a professional ballerina.’” 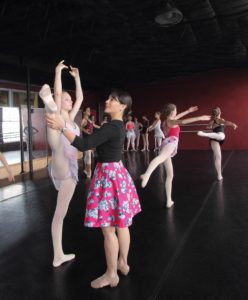 The teacher was right. Even though Vanessa was already 10 when she started training — kind of late in the ballet world — she “loved it right away.” Still, it was challenging at times. When the stressed little girl started crying at home at one point, Mom promptly took her out of the school, only to have to take her back there when her daughter cried even harder because she was missing her classes. “My sweetest memories are connected to those hard days at the academy,” said Bessler, smiling broadly.

The talented young ballerina was asked to dance with the main company in her junior year, and by 18, she was appearing on stage in principal roles. In addition to home-turf training, Bessler also studied with other teachers in other countries, including at the Joffrey Ballet School in New York and the school of the National Ballet of Cuba.

Devoted as she was to her art, she did not neglect her scholastic education either, earning a degree in business and pedagogy in Panama City before relocating to Miami to pursue an MBA. Dance careers are relatively short, so she was preparing for her post-dance future. It was also in Miami that she met her husband, Tim Bessler, with whom she later relocated to Cincinnati and still later to the Alamo City, where Tim now works as dean of students at St. Mary’s University. Both he and their two sons are involved with CBSA.

While in Cincinnati, Bessler made the decision to transition into teaching. “I really loved the stage, but it was an easy transition,” she noted. “I danced a lot because I started young and did so many roles, but by the time I put my pointe shoes away, I was ready for a change.” Following the family’s move to San Antonio, she spent five years teaching at Saint Mary’s Hall, building a network of students, contacts and supporters, before striking out on her own in 2015. As a teacher, the former ballerina is well versed in three of the best-known teaching methods in ballet — the Vaganova, Cecchetti and Royal Academy of Dancing methods — and holds teaching certificates in all three. Her favorite, however, is the approach developed by Agrippina Vaganova in St. Petersburg, Russia. “I grew up with the Vaganova curriculum. It’s very thorough and complete, and it produces elegant, powerful dancers,” she said.

Successful Students
That’s the business she is in – training future “elegant, powerful” dancers. One of them is Mackenzie Kirsch, the graceful Odile from Swan Lake, who has been studying with Bessler for eight years. Her dream is to become a professional ballerina someday. “Mrs. Bessler has been an amazing teacher,” said the 13-year-old dancer. “She prepares us so well for our productions and for the ballet competitions, like YAGP. She can be hard on you, but it’s worth it. All the hard work is beginning to pay off.” 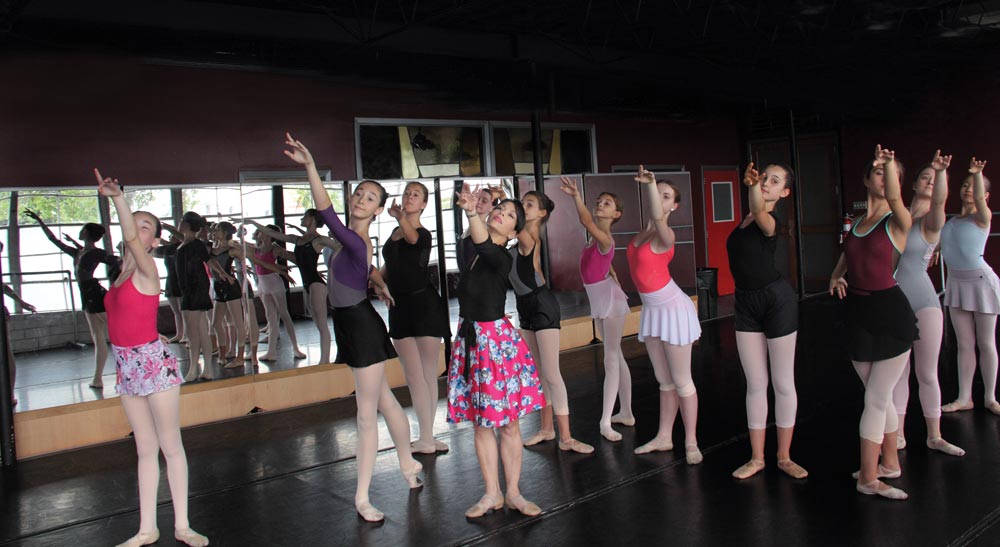 “YAGP” refers to Youth America Grand Prix, an international competition despite its name, in which Mackenzie has made her teacher proud. This year, she won third place at regionals in Houston, was among the top 12 in the national round in Boston and received an invitation to take part in the international event in New York City, competing with the best of the best. And she is not the only one. Bessler proudly lists similar achievements by other students. In addition, they often get scholarships for “summer intensive” studies with prominent training programs, including the Bolshoi Ballet Academy in New York and Connecticut, and in one case, the Bolshoi Ballet Academy in Moscow. This summer, the Dance Center of San Antonio will offer its own ”summer intensive” taught by Houston Ballet Academy teachers. “I want to create opportunities for kids who cannot travel to Houston or New York to experience working with different artists. I am bringing a little bit of the wider ballet world to San Antonio,” said Bessler.

Given her students’ successes, it’s not surprising that the coach herself was recognized by YAGP with the Outstanding Teacher Award in 2016. For a teacher, seeing her students succeed is the best reward.

“To see them develop and grow as artists is very satisfying to me,” she said. “These young artists and I share a dream. They want to dance, and I am helping them to dance and learn. We work together to make this happen.”