Breast Density and Breast Cancer: What You Need to Know

Almost two years ago, I was diagnosed with breast cancer, and the avalanche of important information I gleaned while stumbling through this dark and exhausting land of studies vs. opinion, options vs. necessities and shock vs. acceptance is noted in Google Docs, paper binders and hastily written notes.

I could literally write a book (and have the research piles to prove it), yet it’s not the education I ever hoped to gain.

My journey started when I discovered a small lump. My doc immediately scheduled a mammogram. The results were unlikely to be cancer, so I was advised that it would be safe to do nothing and recheck in six months, which is what I did. You know, while the beast continued to grow within.

What I didn’t know, what I wasn’t told, what would have pushed me for a biopsy six months earlier was this: Women with dense breast tissue are at a higher risk to develop breast cancer, possibly as much as six times higher. I was furious.

My appetite for devouring everything I could find related to my particular breast type and how it related to cancer had begun.

What you need to know:

Dense breast tissue can hide cancer, or cancer can be mistaken for calcifications on mammograms.

How do you know if you have dense breasts?

Ask your doctor about the density of your breasts based on the radiologist’s reading from your mammogram. You can also request the report yourself, which is always a good idea.

What steps can you take?

Ask for your mammogram results.

Learn about your breast tissue and the steps needed for the most conclusive results.

Educate others. Only one in five women are aware dense tissue can make for inconclusive mammograms.

If you have dense breasts, ask about an ultrasound as well. Some states require insurance companies to cover the additional testing, based on density.

You can check your state at http://densebreast-info.org/legislation.aspx.

Now, almost two years later, I am healthy and strong. My initial stumbling and knowledge gained have led me to share with clarity and urgency. Ask. Learn. Educate. 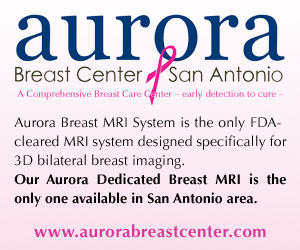