Susan Franklin is a woman of many talents, one of which is a flair for special touches that make people feel good. When I arrive at the Franklin Park retirement community on Sonterra Place that she co-founded with her husband, Aubra, I can’t believe my eyes when I come face to face with a sign proclaiming “Welcome Jasmina Wellinghoff of San Antonio Woman magazine.” This has never happened in my entire career as a journalist. 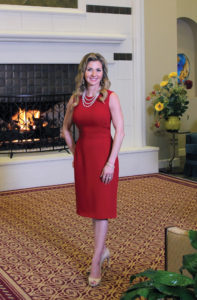 And the lady herself is right there in the lobby to warmly welcome me in person. Before we sit down to talk, she gives me a tour of the place, introducing me along the way to staff members and residents, including her 92-year-old mother, who lives in the luxury complex. As we tour the clubhouse, which houses the various amenities — a chapel, library, movie theater, spa, pool, fitness room, bistro and dining room — everyone there seems happy to see her and takes the opportunity to chat a bit.

One of seven Franklin Park communities in Texas, the complex is designed around a private courtyard where residents can take the air, barbecue, garden or just enjoy the gurgling of the fountain. It has apartments for independent and assisted living as well as “memory care” units for individuals with Alzheimer’s or other forms of dementia. Franklin explains that her husband, an architect by training, was already a successful developer when he decided to build and manage upscale senior living housing, “as a natural extension of his development work.”

She got more involved in 2010 as the couple were getting ready to open the Sonterra facility. With her eye for colors, textures and space organization, she contributed to the interior design and remains involved on several fronts by overseeing the company’s brand, community outreach, philanthropic presence and first impression management. The latter is something that she has a special knack for — making residents and their relatives feel like the community is part of their family, where personal attention, warmth and comfort are part of daily life. “Our hallmark is our personal touch,” she says. “Our children have worked here. I am here very frequently, and I visit the other communities, too. That’s what sets us apart from everybody else”

“We are dealing with people’s lives and their families; it’s an important responsibility that you have to take seriously.”

In recognition of their entrepreneurial success, the Franklins received the Ernst & Young 2014 Entrepreneur of the Year Award for Central Texas, which was followed by an even sweeter prize bestowed by their own employees. Thanks to their votes, the company was named as one of the Top Workplaces in the city in the Express-News surveys of local businesses in 2014 and again in 2016.

It is also thanks to her personal touch that the Franklin Park residents get to enjoy the arts, especially music, performed by outstanding professional musicians. After a recent concert by Musical Bridges Around the World, one man thanked the performers “for wiping the dust off my soul.” She shares the feeling. “Music is the truly universal language that brings us together. It transcends time, knows no bias. It’s a balm to our souls,” she says with conviction.

Though she considers herself a Texan now, Franklin grew up in Panama City, Fla., where she first discovered music and dance. Young Susan started ballet school at the age of 7 and kept dancing well into adulthood. As a child, the budding performer recruited cousins to help her stage shows for the family, serving as both choreographer and dancer of ballet, tap, jazz or pantomime. At the same time, her mother regularly filled the house with classical music, which “got infused into (her) heart and life.” Even today, the slim, petite Franklin can easily be visualized as a dancer. (Her eldest daughter became a professional ballerina, but an injury forced her to abandon dancing.) Dance was also Franklin’s minor in college at Texas Tech, where she was part of the school’s dance company while pursuing a major in PR and advertising. It was also in college that she met Aubra, to whom she has now been married for 33 years. They have four children, the youngest of whom flew out of the nest just last August to attend college. 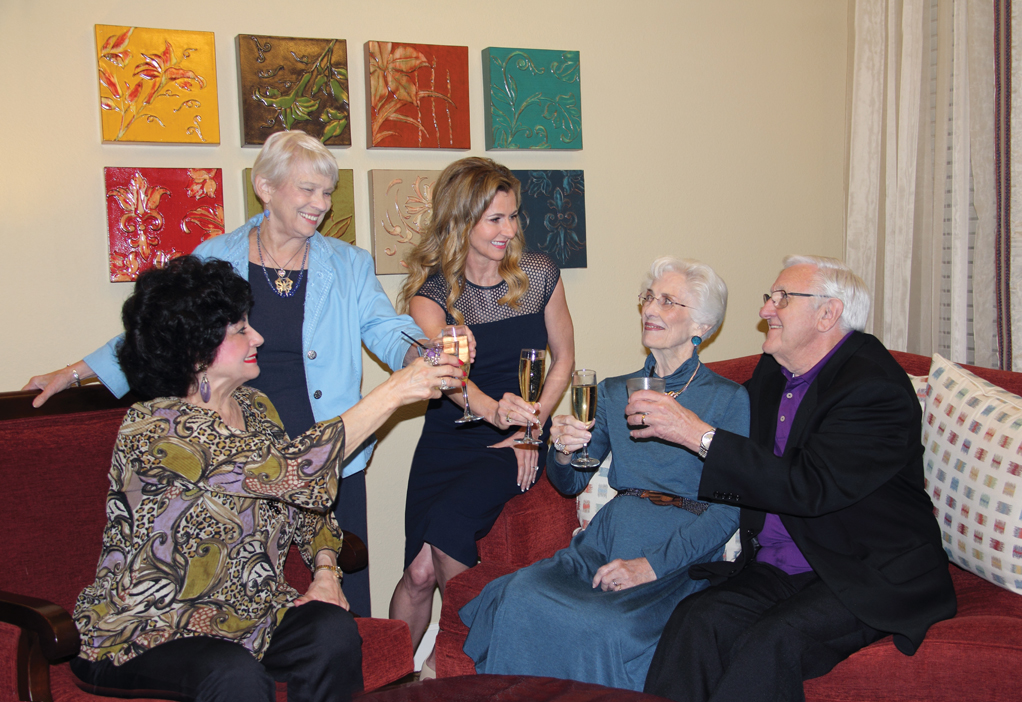 After years of raising children and supporting her husband, her love for the arts and her desire to engage more with the community led her to accept an invitation to join the board of the aforementioned Musical Bridges Around the World, a nonprofit organization that brings musicians of different nationalities and cultures to play in San Antonio. That fit perfectly with Franklin’s belief in music as a universal language and her desire to elevate the appreciation and accessibility of the arts for the community. Later, she met Frank Villani, the former executive director of ARTS San Antonio, who encouraged her to join that nonprofit’s board. “I enjoyed working with both organizations,” says Franklin. “It was a pleasure to be a part of the development of both of these boards as these nonprofits grew in prominence. I helped them elevate their brand and craft their message for different groups of people. I grew up with these two.”

In addition, she hosted home concerts as part of Musical Bridges’ private salon concert series with world-renowned pianists including Vadym Kholodenko, the current Van Cliburn Gold Medalist, and Lilya Zilberstein — which the Franklins still do to this day. She also contributed as a patron and organized memorable galas, including the first ARTS SA annual gala, which featured cellist Yo-Yo Ma. “It was over the top, amazing. I like to bring in special elegant touches,” she recalls, smiling at the memory.

Franklin’s patronage and leadership in the area of creative arts was recently recognized when she was inducted into the San Antonio Women’s Hall of Fame for 2016 specifically for her contributions in the creative arts. “It was such an honor, delight and surprise,” says Franklin. “What a generous validation of my work in the performing arts.”

So it’s not surprising that when the opportunity arose to help build the Tobin Center for the Performing Arts, she embraced it wholeheartedly. How often does one get to be a part of something so big and significant for the community, she asks rhetorically. Asked by the Building Committee chair Steven Q. Lee to help with the interior design of the theater, which at that point was slow in developing, she joined a small Tobin team on a trip to Seattle, taking along her favorite designer, Ernesto Bustamante. The group spent several days consulting with the project architects, who, in her opinion, needed more information to understand San Antonio. It is largely thanks to that intervention that we can now enjoy the elegantly sophisticated interior space that we have, as well as other useful little touches throughout the building. A couple of months later, chairman Bruce Bugg Jr. asked her to join the board, from where she continued to keep an eye on interior design, from fabric colors to balcony fronts. “We worked as a team,” Franklin said. “I was able to help them capture the true essence and design that resonates with San Antonio, a design that is in alignment with a style and elegance reflective of San Antonio’s community and culture.”

“Susan was invaluable,” says Lee, founder of Lee Partners Inc. “She brought taste and style to the project that the male members of the group couldn’t bring to the table. She kept us focused on details, which was a very wise thing to do, and something I am not good at.”

According to Lee, Franklin was also instrumental in helping the group decide on the design of the now famous “veil” that dominates the Tobin Center building. Additionally, she co-chaired the Founders’ Network, which consisted of individuals willing to host “cultivation lunches or dinners” in combination with hard-hat tours of the construction site, in an effort to engage as many potential supporters as possible. She personally participated in dozens of tours. Last October, when the Tobin Center received the Urban Land Institute’s Global Award of Excellence, it was Franklin who accepted it on behalf of the Building Committee and the board.

“Being on the inaugural board gave me a great sense of fulfillment and a sense of pride for our community, pride in what we accomplished for our city,” acknowledges Franklin. “It’s wonderful to have done such meaningful work.”

When asked to share what drives her to contribute to so many areas of her life with such energy, she responded with a simple yet profound statement: “A hobby is something you do for yourself to soothe your soul. A passion is something that you should use to serve others.”

Looking ahead, she is considering doing additional tours now of the completed and fully functioning theater, “to include more people, especially the millennials, in the activities at the Tobin. It’s my dream that all people in the city have access to the arts … The arts are transformative.”