DIRECTOR OF INDIVIDUAL GIVING FOR THE SAN ANTONIO FOOD BANK

Katie Kinder knew early on that she wanted to make a difference, and it was important to her to work with others to achieve something today that they weren’t able to do yesterday.

DeBauche’s dad, David Kinder, calls San Antonio home. “I am an only child to my mom, Suzette Patton, and dad, David Kinder. I am also close with my step-dad, Tim Patton, and step-mom, Vickie Kinder. My parents and Tim are well-respected attorneys here in Texas.” After attending Saint Mary’s Hall, Kinder went on to earn a degree in Latin American studies from the University of Texas at Austin. After competing and winning a placement in the University of Texas Systems Bill Archer Fellowship Program, DeBauche moved to Washington, D.C., and represented UT Austin as a congressional fellow for former San Antonio Congressman Charlie Gonzalez.

“One of my first immersive experiences in politics came during my time as a Bill Archer Fellow in Washington D.C.,” says DeBauche. “I worked in Congressman Charlie Gonzalez’s office on Capitol Hill, doing all the work expected of an intern — manning the phones, reading and responding to mail and faxes, attending briefings, etc. So many people think Congress is all about extreme partisan gridlock. There is plenty of that, but that view ignores the immense impact your congressman, or any elected official for that matter, has on your life.”

After her congressional fellowship ended, DeBauche won a competitive placement in one of Washington’s top lobbying firms. “Instead of taking the big paycheck and rubbing elbows with members of Congress,” says DeBauche, “I came home with the single focus of doing what I can to make San Antonio as great as it can be.” With a passion for making a lasting, positive impact on the city, DeBauche returned to her roots to make it her mission to improve the lives of everyone living in our city.

That was only the beginning of DeBauche’s initiative. She worked as finance director and deputy campaign manager for Tina Torres in her state representative campaign for House District 117, and later worked as finance assistant at Annie’s List, a statewide political action committee dedicated to electing progressive women to the Texas House and Senate. In 2013, DeBauche entered into nonprofit development. “I started my development career as a campaign staffer here in San Antonio,” she explains. “Dan DeBauche, now my husband, at the time was campaign manager for a state representative race. He took a chance and hired me for a position that didn’t really exist, and with no campaign experience whatsoever. One of my jobs was to manage fundraising, and I never stopped!”

Through that campaign and ever since, Katie Kinder DeBauche has been drawn to the work of building bridges and networks between people who are willing to put their time, talent and resources into making our city and our state a better place. Had she chosen her profession, she would most likely be using her Latin American studies degree, but her giving heart continues to lead her to help in the fight to make a difference in San Antonio. As director of individual giving for the San Antonio Food Bank, DeBauche is able to engage with thousands of people, young and old, rich or poor, who want to make a difference. “Whether you and your family have lived here for six months or, like mine, for six generations,” says DeBauche, “you feel the responsibility of caring for others.”

The San Antonio Food Bank has a mission greater than just collecting canned goods. Not only are DeBauche and her team feeding 58,000 individuals a week through grocery and meal distribution (over 20 million pounds of fresh produce every year), they are hosting nutrition and wellness classes, offering farmer’s markets to clients, as well as teaching job readiness and workforce development classes. “The San Antonio Food Bank tackles the complexities surrounding food insecurity and hunger,” explains DeBauche. “The most rewarding part of my job is helping people understand that their gifts matter, no matter the size.” Donating a dollar to the San Antonio Food Bank will provide seven meals to someone in need. “We can make a real, measurable impact together,” says DeBauche, “one day and one dollar at a time.

“For too many children, the summer months are a time away from their regular breakfast or lunch at school,” explains DeBauche. “One in four children are food insecure and may not know when or where they will have their next meal.” Serving over 130 sites, some serving up to three meals a day, the Food Bank set a goal to distribute 12 million summer meals to children — an additional 6 million meals above what would normally be distributed.

“Every day, I help make a difference by meeting an incredible need facing our community,” says DeBauche. “My profession is so rewarding because my work ignites change for good and fuels civic organizations. From electing women to elected office; providing access to affordable legal services for veterans, families and children; supporting San Antonio’s world-class symphony; or providing nourishment to 58,000 food-insecure individuals a week, every day is rewarding and meaningful.”

In all of her duties as a woman in leadership for San Antonio, DeBauche also serves as a commissioner on the Mayor’s Commission on the Status of Women for the San Antonio City Council, on the executive committee and as secretary of both the Junior League of San Antonio and Girls Inc. of San Antonio, and as a board member of the Youth Orchestras of San Antonio. “Along with my husband, I work closely with progressive women — both elected officials and candidates for elective office — to help them get the resources they need to run effective, winning campaigns,” she says. 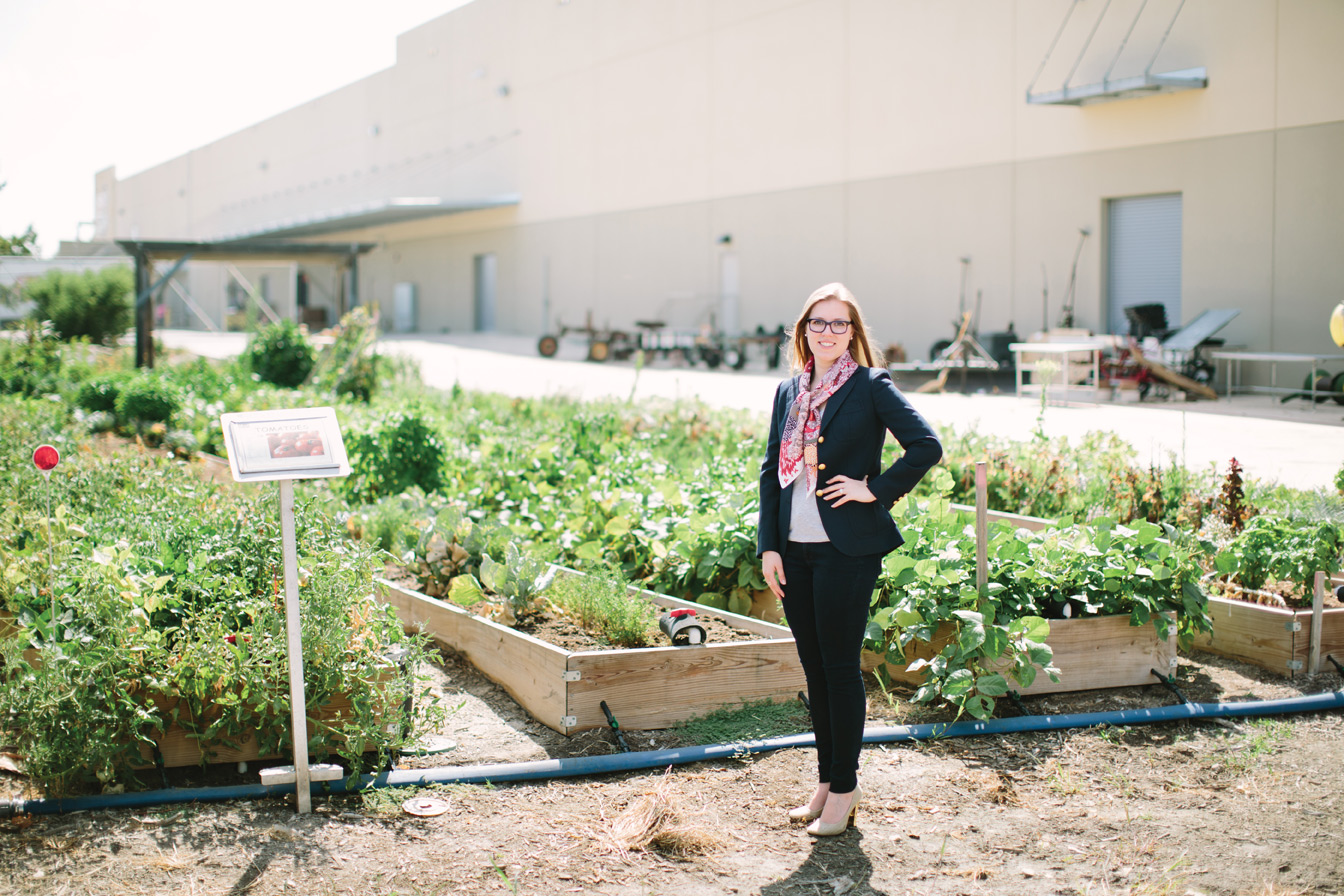 Why she is a role model: Katie Kinder DeBauche is striving to help women who have advanced to executive and leadership positions give the younger generations unwavering support. “Recently, a member of my team came to me and asked, ‘What should I be doing now so that I can have your job one day?’” recalls DeBauche. “For some people, that question would be threatening — and they might pull up the ladder to prevent that person from reaching their full potential. For me, it’s the exact opposite. I wish for my colleagues to grow personally and professionally, learn by doing, take more responsibilities — and earn my job. I know that I’ll never get to the next rung on the ladder if I’m only focused on protecting the rung I’m on. So I answered her and said, ‘We can start that process right now.’”

Her role models: “I am lucky to count two trailblazing and inspirational women as my role models — my mom, Suzette Patton, and my great-aunt, retired USAF Col. Clara Melnik Vermillion. My Great-Aunt Clara climbed the Air Force ranks during a time when not many woman earned the rank of colonel.”

Words or phrases she lives by: “We make a living by what we get, but we make a life by what we give.” — Winston Churchill;
“We cannot all succeed when half of us are held back.” — Malala Yousafazi.

Favorite pastime in San Antonio: “Spending time with friends on the roof of the Bushnell, admiring the San Antonio skyline and our beautiful city.”

Where she grew up: “I was born and raised in San Antonio. I grew up in Monte Vista and Southtown, before Southtown looked like it does today. I spent my teenage years in central San Antonio.”

Most memorable moment as a youth: “When I was in grade school, my mom would leave early from work every Tuesday and pick me up after school from Saint Mary’s Hall. Every week we would pick a different mission to visit. No matter how many times we would visit the missions, my mom and I were always awestruck by their beauty and history. Our city is fortunate to have had our missions designated as a UNESCO World Heritage Site. They are an invaluable treasure for our city and our shared culture, and we should all be thankful that they will be protected for generations to come.”

Describe a personal goal: “I love to travel, and I hope to visit every continent. I have three left to go!”

Describe a professional goal: “In the future, I hope to serve as executive director/CEO for a nonprofit that is part of the fabric of San Antonio.”

What struggles, obstacles or triumphs have shaped you? “One of the biggest times of my life was the moment I realized I wanted to devote myself to making my home, San Antonio, and all of Texas a better place. In 2011, I won a hyper-competitive place in the Bill Archer Fellowship Program, through which I represented the University of Texas at Austin in Washington, D.C. Near the end of my fellowship, I was in the running for a lucrative, coveted position with a Washington, D.C., lobbying firm. After five rounds of intense interviews — some in Spanish, some over two hours long — I landed the job. But it didn’t feel right. The pull of returning to San Antonio and helping shape our city was too strong. I weighed the idea of solving problems in our city that I knew well against solving abstract political problems for corporate clients. To the amazement of my D.C. friends and colleagues — many of whom had applied for that same job — I turned down the lobbying gig, flew home and got to work and have never looked back.”