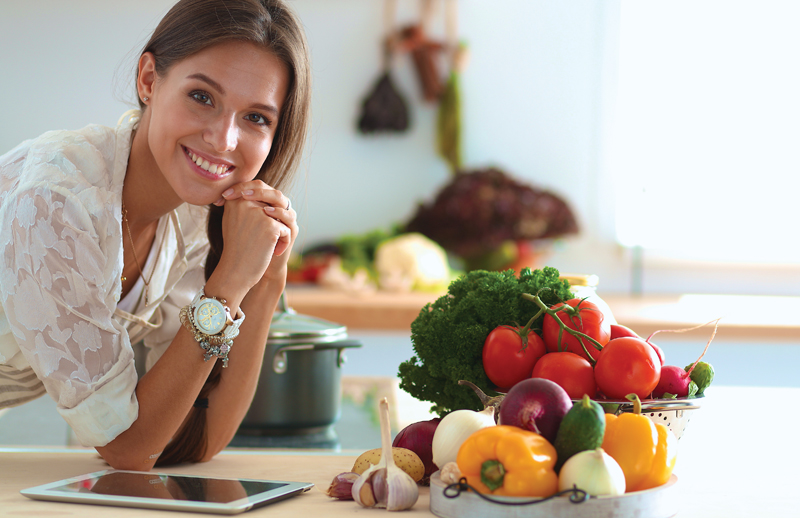 Most recent statistics from the Alzheimer’s Association remain sobering:

• Alzheimer’s disease is the sixth-leading cause of death in the United States.

• One in three seniors die of Alzheimer’s or other forms of dementia.

• Almost two-thirds of Americans with Alzheimer’s are women.

Yet while the disease remains a cause of death that cannot be prevented or cured, many professionals believe there are lifestyle choices people can make that will help. This is one of the reasons for the growing popularity of the Brain Diet, in addition to efforts to treat learning disabilities and focus issues.

Helen Horton, a San Antonio nutrition and wellness coach since 2008, completed her studies in the field of plant-based nutrition at T. Colin Campbell Center for Nutrition Studies at Cornell University.  Though her accent reflects her origins in Oxford, England, Horton lives in Texas and is dedicated to holistic nutrition and fitness. “I became a nutritionist simply because I wanted a way to give back,” she explains.

She goes on to say, “As a military spouse, I had dedicated my life to my husband’s career, which meant that I often neglected to take care of myself.  In 2005, after our son was born, I gained 70 pounds and never lost the weight. One day, I woke up and decided enough was enough, so I hired a personal trainer and nutritionist who helped me to shed 50 pounds over the course of the next 12 months.”  Horton began to notice that many other military wives were in a similar position, so she dedicated herself to giving back to the military community by empowering women to take control over their lives and gain back their self-esteem.

“Body confidence is an important aspect of self-confidence and is an area in which diet plays an important role,” she says. “Over the years I’ve coached many military families to eat for ultimate health and wellness, and in 2011 I was presented the Commanders Award for Civilian Service (comparable to the Army Commendation Medal) for helping military families in the area of wellness and nutrition.”

Horton is an advocate of healthy eating as a way to properly feed brain function. Key points to remember:

Carbohydrates are broken down into glucose, which is vital in order to supply the brain with fuel. Studies show that drops in glucose availability can negatively impact cognitive function, including attention, memory and learning. Too little and an irregular intake of carbohydrate-rich foods can leave people feeling tired and lacking concentration.  Consuming plenty of unrefined carbohydrate foods — fruits, vegetables and whole grains — can help sustain brain energy levels and focus longer.

Omega-3 fatty acids have a direct effect on the neurotransmitter pathways in the brain. Over the last decade there have been studies that suggest omega-3 fatty acids can help to prevent low moods and depression and are important for brain memory and performance. Horton recommends at least one portion of oily fish a week (no more than two while pregnant or breastfeeding) such as sardines, salmon, mackerel and trout.

Vitamin D is thought to increase levels of serotonin in the brain.  According to studies, serotonin is a chemical messenger that is thought to regulate mood, social behavior, libido, sleep, memory and learning.  Foods which contain vitamin D include eggs, oily fish, yogurt and fortified cereals.

Foods rich in vitamin B

Studies have shown a link between low selenium levels and poor mood, so include foods like lean meat, whole grains, Brazil nuts, oats, beans/legumes, seafood, nuts and seeds in a brain-healthy diet. There are other decisions that may hurt brain function, according to Horton. They are intakes of:

Although sugar may work in the short term to increase alertness,  the spikes and falls in blood sugar levels will disrupt mood and cause lethargy in the long run. Replace sugary snacks such as donuts or candy with a piece of fruit, nuts or seeds.

Overconsumption of beverages such as coffee and caffeinated soft drinks such as colas can cause mild dehydration and may lead to withdrawal headaches. Too much caffeine can disrupt energy levels, cause mood swings and affect sleep patterns, especially if consumed later in the day. Reduce the amount of caffeine by replacing caffeinated drinks with caffeine-free herbal teas and plain water.

A couple of alcoholic beverages can trigger energy and jubilation.  However, behavioral researchers have found that drinking too much alcohol can alter neuropsychological functioning, corresponding to a decrease in vigor and an increase in fatigue, relaxation, confusion and depression.  Avoid drinking over the recommended guidelines and have at least two alcohol-free days a week.

One recommended resource, by Alan Logan, is The Brain Diet: The Connection between Nutrition, Mental Health, and Intelligence.  It includes a nutritional plan. Helen Horton can be found working with Maurice Walton of Personalized Fitness Solutions.