This sandwich generation is striving for more out of life 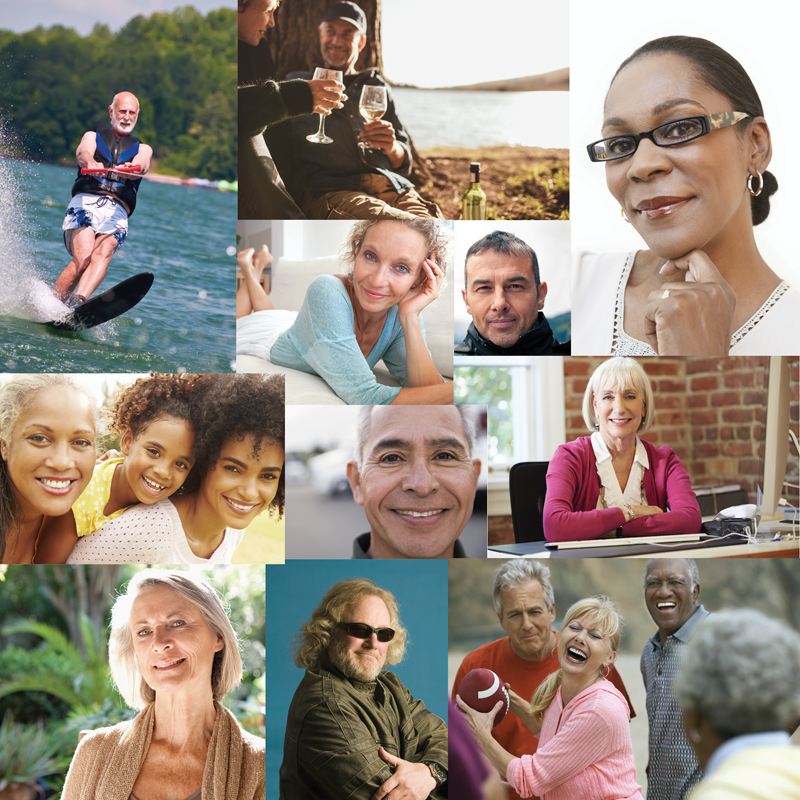 “The baby boomers annoy me. They think they are so special. I just don’t get it,” said a millennial female to another while walking along at the Shops at La Cantera.

Basically, she is right. The generation born 1946-1964 does have a high opinion of itself, but it is that confidence in abilities and proper health practices that have kept them current and living longer.

Nancy Gilbert says, “The best part of being a boomer was being the first baby born in 1957 in a small West Texas town.  I loved watching shows like Andy Griffith, Leave it to Beaver, the Carol Burnett Show, and Dick Van Dyke.”  She also loved the freedom of playing softball until her parents called her to come in for supper.

“However, the worst part of this journey is now dealing with my own mortality, saying goodbye to family and friends, and witnessing what I believe is a deterioration of values and morals in American society,” says Gilbert. She spoke with lament after sighing over the loss of her original Barbie doll.

While baby boomers confront their own mortality, they are not ready to sit idly and watch life march by. Perhaps some millennials are annoyed boomers want to remain in the job market. In a 2015 survey of the boomer generation by Gallup, the results included: “From a broader perspective, Americans have been retiring at an older age than they did years or generations ago. And when asked in previous research about their retirement intentions, large numbers of working baby boomers have indicated that they are going to retire after age 65 or not retire at all.” (TIME magazine, May 11, 2015)

AARP understands many are leaving long-time positions to follow their dreams. “Reinvention” is a big word for baby boomers,  and the new AARP program called Life Reimagined taps into the idea that success is derived from good relationships and achieving personal goals and not solely from financial freedom.  The AARP program encourages boomers to pursue their dream jobs and believe they will obtain the goal.  This program is based on the fact that boomers want to be defined by who they are and their talents and not their ages.

Fellow baby boomer and author Valerie Albarda says, “I feel more focused in my wants and desires; more confident in the decisions I make.” She is pursuing her dreams and is among many women who desire to be taken seriously at this stage of life. “I am at home with myself now and able to embrace my own gifts and feeling much more confident, assertive and mindful,” said Judy Griffin, born in 1963.  Communication consultant Judy Freedman said, “The best part of being a boomer is feeling more confident and being open to risk taking.”

AARP was part of a Boomer Business Summit held in Washington, D.C., this past March.  Keynote speaker was Jo Ann Jenkins, CEO of AARP and author of the new book, Disrupt Aging: a Bold New Path to Living Your Best Life at Every Age.  The summit focused on networking opportunities, deal making and the exploration of the multigenerational effect that shapes boomer priorities for a generation that will not quietly bow out or simply play golf.

While boomer women strive to make a difference through careers and service work, they also struggle with residing in the sandwich generation and dealing with care of family members on all sides. According to Rena McDaniel, “The worst part is being caught in the sandwich generation and trying to juggle life in the middle.” McDaniel lives with a mother suffering from Alzheimer’s disease. Boomer women also grieve over the empty nest and their aging bodies.

While gymnasiums are full of baby boomers working out to lengthen their lives, the Gallup Poll also revealed “adults ages 55-64 are taking more drugs than ever before, with a 29 percent spike in the use of anti-diabetic pills and a 54 percent increase in cholesterol-lowering drugs.” (TIME, May 11, 2015).  The boomer generation has presented a whole new challenge to America’s health care system and Social Security.

But they are optimistic … ready to embrace new opportunities later in life and believing they are still relevant. They are tech-savvy, full of experience, wise, still learning, fun-loving, yet realistic.

Lee Gaitan said, “Being a baby boomer has given me a balanced perspective. I’m optimistic enough to see the glass as still half full, yet realistic enough to know it won’t be long before my teeth are floating in it.”

Yes, this is a complex generation.