Rosario’s North Expanding on Flavor, Freshness and a Flair for Hospitality

Lisa Wong, owner of Rosario’s Mexican Restaurant, began her career as a restaurateur when she was only 18 years old – a mature 18 years old, for sure. Investing $7,000 of her college savings, she combined her burgeoning business sense with her extraordinary work ethic and started her first restaurant on the West Side of San Antonio. Growing up in a Mexican and Chinese family helped equip her for the challenges of owning and leading award-winning restaurants. Both cultures shaped her culinary expertise and palate for authentic, bold and fresh flavors. Success quickly followed and continues to this day.

Rosario’s, the mother ship of Wong’s restaurants, has been firmly anchored in Southtown for over 25 years. Neighboring King William businesses and residents have embraced it from the start, but fans come from all over San Antonio — and the world.

Because of its popularity, Lisa realized Rosario’s loyal San Antonio fans living and working beyond downtown needed an alternative. I recently sat down with Lisa and learned more about their newest location known as “Rosario’s North,” already bustling after almost two years. 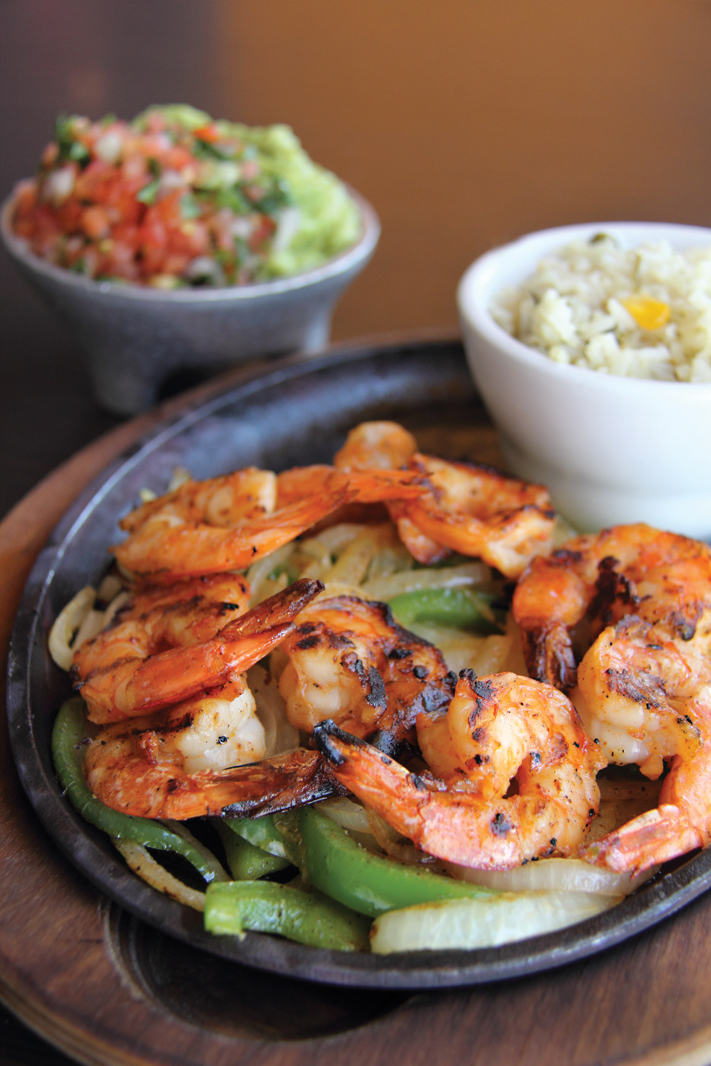 Located on San Pedro, a mile or two between the San Pedro 410 and 281 exits, it is very central for San Antonio. The stunning design and decor are contemporary, while the vibe is upbeat but relaxed. Lisa was largely responsible for the completion of the building after she became the general contractor for the project.

Lisa has a culinary pulse that is spot on. Both lunch and dinner service are hopping, but lunch servers are especially sensitive to time and give customers a fast turnaround. A bowl of soup, for example, is hearty but has finesse. I prefer the Sopa Azteca, which consists of a smoky chipotle tomato and epazote base with plenty of shredded chicken, Mexican roasted cream corn and tasty garnishes. For lighter lunches, I recommend the Ensalada de Aguacate y Lima, a tossed salad with avocado, jicama, tomatoes, queso fresco and salpicon chicken (and some crispy chicharrones crumbled on top). For an old Tex-Mex favorite, though, Chalupas Compuestas hit the spot, but these have a refreshing twist: Instead of typical iceberg lettuce, here it is with cabbage lime slaw — that touch of acidity in the slaw brightens the entire chalupa.

In the evening, Rosario’s has an expanded menu for dinner when the chef can be more inventive and feature inspired dishes. One of these astounding dishes is called Paquetas de Jicama y Camaron, thin slices of jicama wrapped around crispy shrimp, Mexican lime slaw, and topped with fried shallots and salsa de jalapeño.  I also highly recommend trying the Masa and Chile-Crusted Fried Sweetbreads served with smoky sweet chili sauce — either to share or as an entree. It is fun to venture outside the comfort zone and discover how surprisingly good sweetbreads are.

Also during my visit, I asked the server to order me the “server’s favorite dish.” It turned out to be the Camarones al Mojo de Ajo. This dish is Gulf shrimp marinated in garlic lime butter and grilled with onions, and it was superb.

Vegetarians have many options at Rosario’s, too. I tried the Quinoa Chile Relleno, a flavorful and filling poblano pepper grilled on an open flame, stuffed with crispy quinoa, carrots, onions and zucchini and topped with pan-seared cauliflower, sauteed spinach and tomato chipotle sauce. Nonvegetarians will enjoy this dish as well. 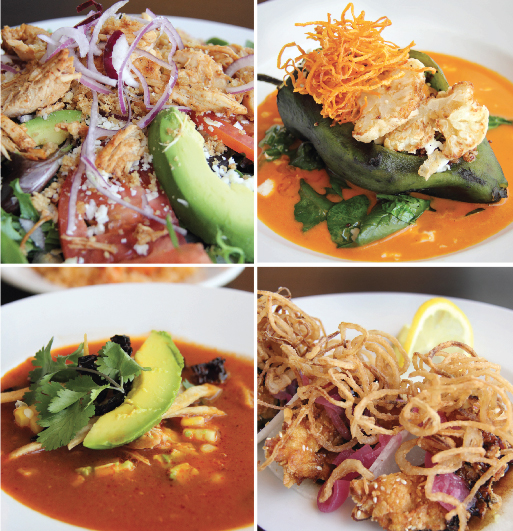 Rosario’s enchiladas on both lunch and dinner menus deserve much praise. Historically, chili con carne evolved after the Canary Island settlers brought their Berber spices to San Antonio, and local women, seeking extra money to support their families, started selling a beef stew in the mercado made with these unique spices. The dish became known as “chili con carne” and the women became known as the “Chili Queens.”  When I tasted Lisa’s cheese enchiladas, I learned Rosario’s takes the old school approach.  She does not rely on the short-cut method of using chili powder, but on an assortment of real dried chilies, toasted, simmered and pureed into a rich broth in which the beef  slowly cooks with onions, garlic and other spices such as cumin. Rosario’s other varieties of enchiladas include Mole, Verdes, Suizas and Mexicanas.

People are of utmost concern at Rosario’s, including customer service and building up their staff. Lisa mentioned how sometimes longtime customers can’t find a cherished menu item from the past. In that instance, Lisa invites patrons to order the old dish, and the kitchen gladly prepares it. Staff members have a vital role at the restaurant. Lisa emphasized, “We have an amazing staff, and we attribute our success largely to our employees and their loyalty and faithfulness —  they are the ones behind the scenes making a real difference.”

Lisa often hears customers tell stories of kindness throughout Rosario’s history. Most meaningful is when customers remember “the lady in the drive-thru.” Unbeknownst to most people, the lady was Lisa’s mother. She is very grateful to learn about her mother‘s care and concern for customers. Some customers share that they received extra tacos from her mother during times of need.

Lisa is like her mother and has a big heart as well. She tries to take good care of her employees and give back to the community in different ways, such as through organizations like SAY Si, the Children’s Shelter and many other organizations over the years. It is truly the heart that drives everything and everyone at Rosario’s because the heart is the center of memorable food, warm hospitality, customer service and everything in between.