The Balancing Act of the Sandwich Generation

Who would have guessed that the carefree “Pepsi Generation” and their younger siblings would get so pooped? Little wonder when nearly half of middle-aged adults find themselves caring for elderly parents as well as raising or helping support children or grandchildren.

It’s common knowledge we are living longer, thanks to better fitness and access to health care. Adult children, roughly between ages 40 and 60, have a more pressing role assisting parents with medical, emotional and/or financial needs on the one hand, and giving love and support to their children or grandchildren, whether toddlers or parents themselves, on the other.

So prevalent is this social phenomenon that a New Jersey journalist and activist in elder care issues, Carol Abaya, copyrighted the phrase “Sandwich Generation.” While some joke the term evokes the upwardly mobile that grab a sandwich as they work at their desks, it really describes the social phenomenon bred of longer life expectancy.
Milking the metaphor, Abaya also copyrighted the “Club Sandwich,” which layers in grandchildren or grandparents, and the “Open-Faced” for anyone tending to older parents.

Given San Antonio’s lower-than-statewide median income ($45,399 in 2013), the toll on families can be staggering, sometimes leading to clinical depression or divorce. A local symposium for caregivers, Heal the Healer San Antonio, has grown in its three years to the point where its founder, Dr. Melissa Walker, has filed for nonprofit status and plans to add more sessions. Its spiritual and medical emphases have been very well received, Dr. Walker says.

“The stress of family demands is compounded when it gnaws into the precious resource oftime,” says Kathleen Denny, Ph.D., visiting professor of sociology at Trinity University. “When the caregiver has to give up a job, the financial pressures grow worse and erode one’s sense of self.” 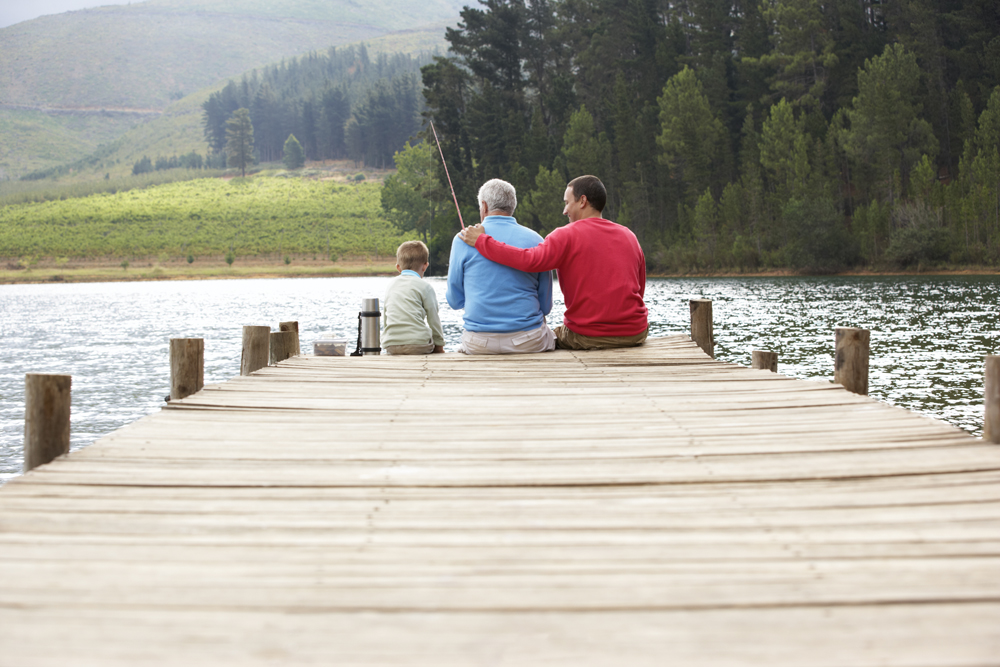 That’s the case for Lindsay Nash of Alamo Heights. She had to abandon a career she loved as sales director for a large pharmaceutical company in order to devote time to her father. As her mother and brother are deceased, she was left with the responsibility – or privilege, as she calls it – of caring for her father. He moved to San Antonio from Dallas and lives independently but suffers from leukemia and other disorders, including gradual blindness. At 66, he’s the age of many adult children caring for their parents; Lindsay is 37 and is married with children in pre-school and second grade.
While she says her “daddy” is respectful of her time, he is “like a third child. Figuring what takes priority and where I need to be when balancing my children and father is a big challenge,” she says. “Is it more important I’m at my child’s teacher’s conference or at my father’s doctor’s appointment?

“The struggle is, you want to care for your parent. He doesn’t want to be a burden to me, but at the same time there’s added worry every day, 24/7. Just this morning I realized I hadn’t heard from him for a couple of days, and I thought, ‘Is he lying on the ground?’ I know if I haven’t talked to my father in two days, he hasn’t talked to anyone. The thought of him alone is heartbreaking.”

Nash says her girlfriends and church friends are eager to help, and her husband has taken her father to the hospital and helps in other ways. “He is my rock, my angel on Earth,” Lindsay says. However, she has had a hard time letting go and accepting her friends’ support after having a corporate career in which self-reliance was prized. “This has been quite a journey for my marriage,” she says.
Nash is not alone in resisting help. Heather Trepal, Ph.D., associate professor of counseling at UTSA, says its program prepares counselors to advise family caregivers on dealing with stress, including giving up the illusion that one person can do it all.

“Caregivers, especially those who are women and socialized to be happy in a caregiving role, can become overwhelmed and wonder why they don’t feel better,” Trepal says. “The truth is that they are doing a lot. Some of these caregivers acclimate well and derive some benefits, such as a sense of purpose, and some become overwhelmed.

For example, they may become overwhelmed if they give up a paycheck to do their caregiving duties and are now in a financial crunch as well as an emotional one.”
For Nash, the financial loss was one of the worst parts of leaving her career.

“I was able to save money, but my father has outrageous bills, so it may come to the point where I need to step in,” she says.
Counselors-in-training also learn to emphasize to stressed-out caregivers the crucial need to take care of their own basic needs – eating, sleep and rest – in the same way that airline passengers are told to attach the oxygen mask to themselves before helping a child.
Perhaps all this great advice is working, considering a 2013 poll by the Pew Research Center that compares Sandwich Generation adults with those free of responsibility. Despite the economic and social toll of multigenerational caretaking, the poll indicates caretakers are either “very happy” or “pretty happy” in slightly greater numbers than non-caretakers.
Those austere financial planning gurus, The Motley Fools, published an analysis of the poll. They suggest that financial aid to older children and parents strengthens emotional connections and gives a sense of well-being.
“Providing that type of assistance can give one’s life meaning and purpose — a key ingredient for happiness,” writes Motley Fool writer Brian Stoffel.

He also observes that loneliness and anxiety are less prevalent in multigenerational homes. Privacy as well, some would argue, is lessened, but this is the norm in many cultures. Sandwicher Kristan Beck, 59, a school counselor for Northside ISD, agrees. Her mother, now 90, remarried when she was 80 and is confined to a wheelchair. Beck helps her with doctors’ appointments and visits frequently.
“Our culture tends to paint this multigenerational caretaking with gloom and doom, but I think it really enriches your life when you have all those multiple layers,” Beck says. “Half my family’s from Mexico, and it is part of daily life, having multiple generations together. I love it.”
A new category we could hereby establish is the “Single Slice Open-Face Sandwich” caregiver, an unmarried woman or man with either one or more children, and/or a living parent/parents. Liz Hollingsworth, who is single and sans children, declares that even without obligations to a husband or children, feeling responsible for her mother, who recently passed away, was stressful to her business and emotional life.

“I can tell you, it’s time-consuming!” she says.
A traditional Sandwich Generation caregiver and active businesswoman who requested anonymity reflected on the demands on her time.

“I feel unappreciated,” she said forcefully. These and others less than happy with their roles would do well to utilize the services of San Antonio’s many counseling and support services, listed below. “As our population gets older, this is something we’re going to see for a long time, the effects of informal (nonprofessional) caregiving,” Dr. Walker warns.