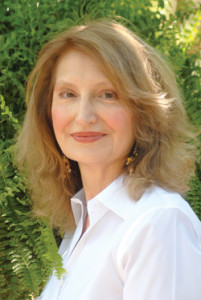 I recently had an encounter that warmed my journalist heart. Upon meeting this new person at a local company I greeted her with the conventional phrase, “Nice to meet you,” but she responded with “It’s good to see you.” We had never met before, so she explained: “I am reading you all the time so I feel like I have been talking to you for a long time.”
Indeed. I have been “talking” from the pages of SAN ANTONIO WOMAN for more than 12 years now. This new column gives me an additional opportunity to share my perspectives of what is happening locally on the arts and culture scene and hopefully establish a dialogue with you.
I have been covering the arts in San Antonio for 25 years and have been a performing arts reviewer for most of that time. So in this inaugural column I want to draw your attention to two major month-long happenings in the cultural life of our city: Contemporary Art Month in March and National Poetry Month – San Antonio in April.

March is Contemporary Art Month
Now approaching its 29th anniversary, CAM started in 1986 with a show at the then-makeshift gallery christened the Blue Star Art Space in the Blue Star Complex. It was July and there was no air-conditioning, but it didn’t matter much. The crowd wanted to support the local artists and was willing to suffer a little discomfort for the cause. From that hurriedly put-together beginning grew a new tradition that pretty much spread to encompass the entire month of July and multiple venues across the city. The sweating became part of the fun … well, sort of. When the city tried to move CAM into fall with the intention of bundling it up with other fall festivals for promotional purposes, many artists refused to cooperate. Nevertheless, in 2010 the event was moved to March, where it remains. There are pluses and minuses to that. Obviously, it’s cooler in March, but in July CAM stood out as the big happening of the month — in fact, of the entire summer — while now it tends to blend with everything else going on in the city. The kickoff party this year is March 5 at Blue Star again, renamed the Blue Star Contemporary Art Museum. You can get the 2015 calendar from www.contemporaryartmonth.com. If you are unsure about what to see, start with the major art institutions in town, such as the Southwest School of Art, the Guadalupe Cultural Arts Center, Artpace and, of course, Blue Star, then venture into a few smaller spaces such as Sala Diaz and the REM Gallery. To meet artists in their studios and learn something about their work, take part in the Open Studio Tour scheduled for March 22.

April is National Poetry Month
Now, poetry. April has been National Poetry Month since 1996, but the man we need to thank for bringing it to San Antonio is Jim LaVilla-Havelin, a poet, teacher and poetry advocate who, with a few other volunteers, organized a number of readings seven years ago, put the calendar together and invited others to produce their own events. Today, the city’s Department of Culture and Creative Development is responsible for the calendar (www.npmsa.com), and the events have multiplied many times over. Slam the Town on April 1 gets things rolling with a big giveaway of poems, open to everyone. The idea is to disseminate as many poems around the city as possible. It can be your own creation or your favorite poem from a famous writer or something you discovered by chance and liked. Hand your poem out to folks on the street, email it to your list, distribute among friends, etc. Also, if someone gives you a poem, accept and read it. Most poetry is perfectly understandable and enjoyable. Trust me!

It is a gorgeous day to explore some of San Antoni