In the world of widely respected cuisines, Tex-Mex doesn’t get any — respect, that is. Historically, some of the problem has been simple exposure: The food didn’t travel well beyond its natural habitat, and when it did end up elsewhere, it was tarred by the Taco-Bell effect. To be honest, it also settled here at home into an if-it’s-Thursday-it-must-mean-Mexican cafeteria trap, one that wasn’t ameliorated by lazy restaurant owners churning out No. 2 Dinners glazed with oil-slick enchilada sauce or drenched in drab gravy. But recently, there has been a subtle shift in the wind, urged along by Texas authors such as Robb Walsh and his The Tex-Mex Cookbook, and local luminaries such as Diana Barrios Treviño and the publication celebrating her culinary heritage, The Barrios Family Cookbook.

It didn’t hurt, either, that Barrios Treviño bested celebrity chef Bobby Flay in a nationally viewed puffy taco throwdown. Turns out that, all along, some folks were keeping the flame alive of what’s called, by some, one of Mexico’s many regional cuisines never mind that its home is across the border. Though there were market vendors and jacales serving up “Mexican” dishes well before Pete and Cruz Cortez opened a three-table café in San Antonio’s Mercado in 1941, this iconic family, now with three thriving restaurants, can lay claim to being. Tex-Mex royalty in this, the capital of the cuisine. With “we never close” the motto of flagship Mi Tierra, the family continues to cement its claim to hall-of-fame status, a claim bolstered by the introduction of the fajita to a broader audience, the promulgation of Mexican baked goods and dulces, the atmosphere brought about by perennial Christmas decorations and peripatetic mariachis … and iconic dishes such as the chicken in mole and the Deluxe Mexican Dinner boasting beefsteak ranchero y mucho mas.

Frosty margaritas from the Mariachi Bar only add luster to the experience of being at Mi Tierra, an experience that can be had with variations at La Margarita and Pico de Gallo, all anchors of El Mercado and surrounds. Humble beginnings are part and parcel of the Tex- Mex story; local favorite La Fogata started from a simple service station (if memory serves) and now consists of a compound featuring lush patios and equally opulent margaritas afloat with orchid blossoms. Los Barrios is also no exception to the Horacio Alger story line.

The restaurant launched, in 1979, in an old boat garage on Avenue B and the San Antonio River near what is now the San Antonio Museum of Art. Quickly moving to an old Dairy Queen (another Texas icon) north of downtown, Los Barrios began to expand in place, gradually becoming the community gathering spot over which founder Viola Barrios’ portrait presides today. From the beginning, “casero” dishes such as the regionally inspired cortadillo Zuazua style and the thento- us unfamiliar churrasco steak prevailed. Many of us came to know and love Monterrey-style baby goat here, and to anticipate “the world’s only gourmet sour nachos” as the only fitting prelude to a classic enchilada assortment. La Hacienda de Los Barrios near 1604 and 281 and a new restaurant, Viola’s Ventanas, located near Sea World, continue the family’s quest to make Tex-Mex at once familiar and just fine enough. Though a relative newcomer at age 38, El Jarro de Arturo nevertheless seems to have settled comfortably into its present location at 281 and Bitters. It’s here that Arturo and Sandy Cerna hold court, while also holding down the front and back of the house; it’s from here that they have gained national attention from the likes of Bon Appetit and local affection from the likes of the rest of us. And the duo (her father owned several Mexican restaurants when she was growing up) shows no signs of slowing down. If they suggest Arturo’s margarita as a starter, don’t resist; if a creamy roasted corn and poblano soup should beckon, give in; and if a plate of modest chicken enchiladas in a tart tomatillo sauce presents itself, well, you know the drill. As at most of the city’s titans of Tex-Mex, we tend to prefer the simpler dishes, but Arturo also does a bowtie pasta Dario with grilled tuna and ancho cream sauce that strays just far enough from the tried and true to be of special interest.

It was in 1992 that Lisa Wong took over a failing but well-regarded Mexican restaurant in King William, only to move it a couple of blocks north after it outgrew the space. Today, colorful and still-crowded Rosario’s attracts both old-line regulars and adventurers from the northern ‘burbs — don’t be surprised to be handed a buzzer, even at lunch, which will signal your table’s ready.

The menu at Rosario’s skews a little more toward the Mex side of the hyphen with dishes such as the pangrilled sweetbreads and the enchiladas mexicanas in their sauce of both pasilla and guajillo chiles. But Textypes should take heart in plates serving the likes of the classic chile relleno and chorizo quesadillas. Pair these and almost anything else with an icy (though not frozen) margarita; here they’re both large and legendary. Cielito Lindo comes by its more-Mex-than-most creds legitimately: The Stone Oak restaurant is operated by Mexicans and, to a degree, for the many Mexicans that have made the area their home in recent years. Look for plates such as cochinita pibil from the Yucatan, not-your-usual masa shapes such as the oblong huarache and the pinched-rim sope, and distinctive stuffings on the order of chicharron prensado (don’t ask, just order the gorditas de la plaza). The grilled arrachera steak as served here can be said to be an ancestor of the now-ubiquitous fajita; try it in the original form. But in true Tex-Mex fashion, there’s also the weekend ritual of barbacoa and menudo to be followed.

And there is even a Tex-Mex section of the menu on which one can find the Alamo Special and the Longhorn Combo. They’re a generous gesture at the very least. One of the most recent restaurants to open touting food with an interior-of-Mexico slant is La Gloria, creation of C.I.A.-trained chef Johnny Hernandez.
Located on the banks of the San Antonio River in the blossoming Pearl development, La Gloria features Mexican street food, and so unusual are some of the dishes hereabouts that a glossary of terms has thoughtfully been provided. Sopes there are in abundance. Tlayudas, too, and panuchos. The molcajetes feature ingredients such as queso and cactus, arrachera, and puerco simmered in sizzling sauces kept piping by the heated mortars of volcanic stone. Hernandez has just opened another concept, The Fruteria, in the emerging loft district on South Flores, proof that even as Tex-Mex continues to burnish its image, the cuisine of interior Mexico has begun to give it a run for its money.

The city that once served as a capital-in-exile of fomenters of Mexico’s revolution may soon be known for a less-political changing of the guard. Stay tuned. 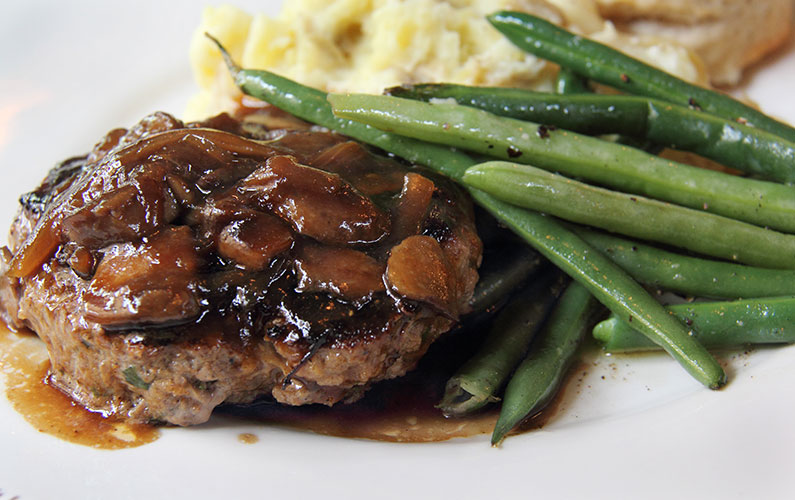