From Brewer to Activist

Marcus Baskerville is changing the world one pour at a time.

When Marcus Baskerville, 35, moved to San Antonio from Sacramento in 2013 for a new job with Citibank, he got terribly lost on the freeway system for the first six months. Driving in the Alamo City was a catastrophe at first, with three accidents in one month’s time. His car ended up getting totaled, and when he finally received the insurance payout, he decided to invest in quality equipment for his hobby that would eventually become his livelihood – craft brewing. After passionately creating one-of-a-kind beers at home, he began frequenting local bars and sharing his concoctions. They were such a hit, they sold out immediately. Over the next several years, Baskerville perfected his craft and branched out, co-founding Weathered Souls Brewery. Little did he know a few years later, his beer would mean so much more than just a tastebud-tantalizing swig.

In 2015 you left your job as a brewer at Busted Sandal Brewery and opened Weathered Souls in 2016 with your business partner and friend, Mike Holt. What made you take that professional leap of faith?

One night, Mike and I were having drinks, and I asked him what he thought about opening a brewery, and he replied, “I’ve been waiting for you to ask me that.” I wanted to branch out on my own in order to have more creative control in the brewing. We’re part of a different breed here in San Antonio. This area is known for its traditional German beers, but because of my influences coming from California, we tend to do more of the popular stouts. We had one that was a blend of three different barrels with flavors of coconut and vanilla and it sold out completely in 20 minutes.

In May of 2020, you had an “ah-ha” moment that launched you from just a brewer to a social activist and change maker. How did that come about?

On May 28, I was on my way to Dallas, and I was listening to a radio show called the Breakfast Club. Breonna Taylor’s mom was on discussing how she found out her daughter was murdered. It really got to my heart listening to what this
woman went through, especially as someone who, as a young man, experienced racial profiling and things with the police. On the way home from Dallas, I was listening to the radio again, and they were discussing the protests. I was disappointed with myself because I’m a huge introvert, not someone who is going to go out in the streets and protest. I kept thinking, “here we are at this prolific point in history and I’m sitting out.” I started thinking about what I could
do with my platform and my industry to make a difference. It needed to be carefully thought out and planned. I’m one of a handful of black brewers in an industry that also has a white dominant customer base, so I wanted to get the message across properly. I started playing around with doing a special stout release in our taproom. I sent a friend a mock-up label and we were discussing family and race relations, and he suggested turning it into a collaboration. That was on Saturday, and on Sunday, I started working on the mission statement. The next night I couldn’t sleep, so at 3 a.m. I got up and went to the brewery and wrote up the entire website for Black is Beautiful. The next day we had
a meeting, got people excited, and once we launched the collaboration, we had more than 300 breweries on board within the first 24 hours.

Black is Beautiful is a stout recipe that comes complete with label design for breweries across the world to use. All profits go back to organizations that support police brutality reform and legal fees for those who have been wronged. It’s currently being poured in nearly 1,200 breweries across 20 countries. Did you have any idea of the impact you’d make as a craft beer artisan?

Other industries are wanting to get involved; we’ve had coffee companies reach out. It’s all about the mission. And the letters we receive from people truly make the difference.

We’ve got big plans for next year. Walmart will be distributing Black is Beautiful nationwide, we are planning a block party event with the San Antonio Spurs, we have whiskey and bourbon distillers who will have their versions coming out in the coming years. We really see this becoming a foundation. The beer is simply a vessel. 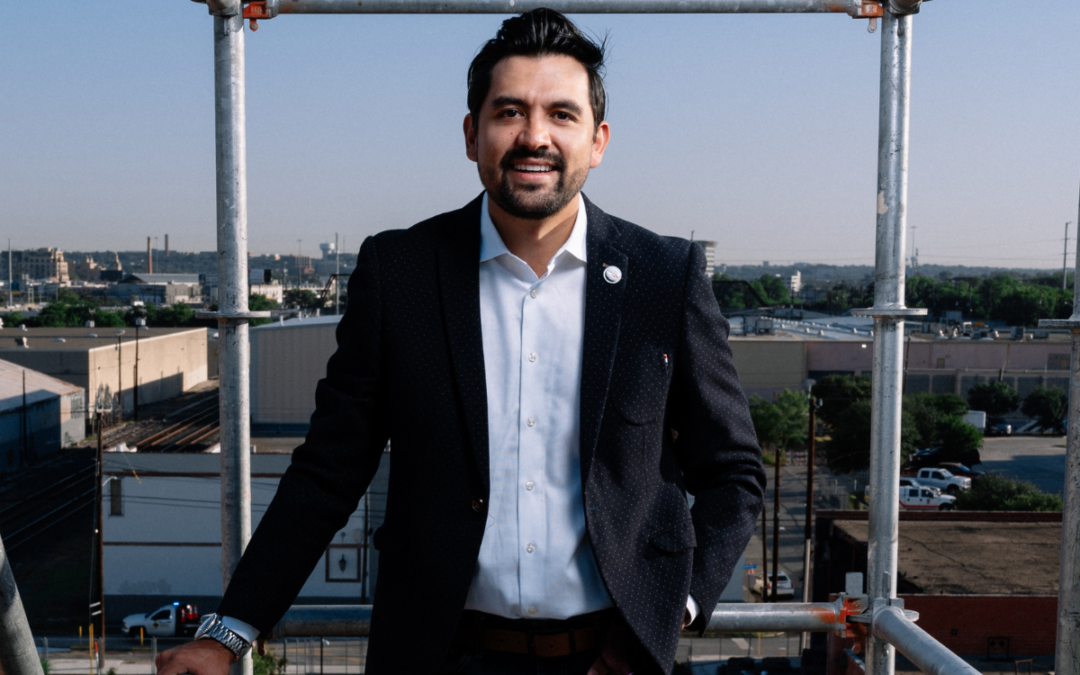