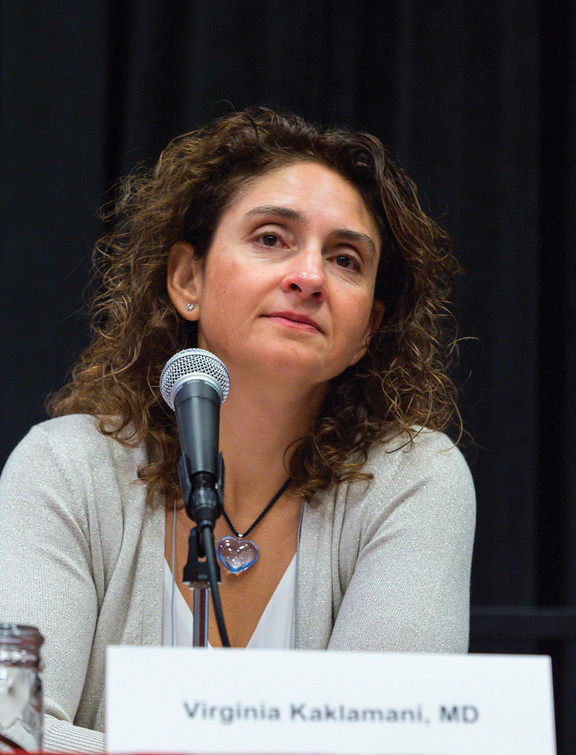 For the 43rd consecutive year, the global breast cancer community’s eyes will be squarely on San Antonio this December. But just the eyes.The annual San Antonio Breast Cancer Symposium (SABCS), which normally draws more than 8,000 researchers, clinicians, and advocates to learn the latest in the treatment of breast cancer and breast-related diseases, will be a virtual conference for the first time in its history. The COVID-19 pandemic has forced SABCS20 to retreat behind cameras and video screens for participants’ health and safety. It’s a path many conferences have taken this year.

It was a difficult decision for the symposium’s board of directors, announced in early August.

“We tried to hold off on changing it to virtual until as late as we possibly could, but with the universities and other institutions setting travel bans until the end of the year, it made it impossible for us to attend the meeting ourselves. We wanted it to be as safe as possible for everyone out there,” said Director of Symposia Sharon Hill of the Mays Cancer Center at UT Health San Antonio. “The patient advocate groups were already starting to cancel or weren’t registering because they were not going to be able to come to a live event for health reasons. And for those reasons and the safety of all our attendees, we decided to go virtual.” 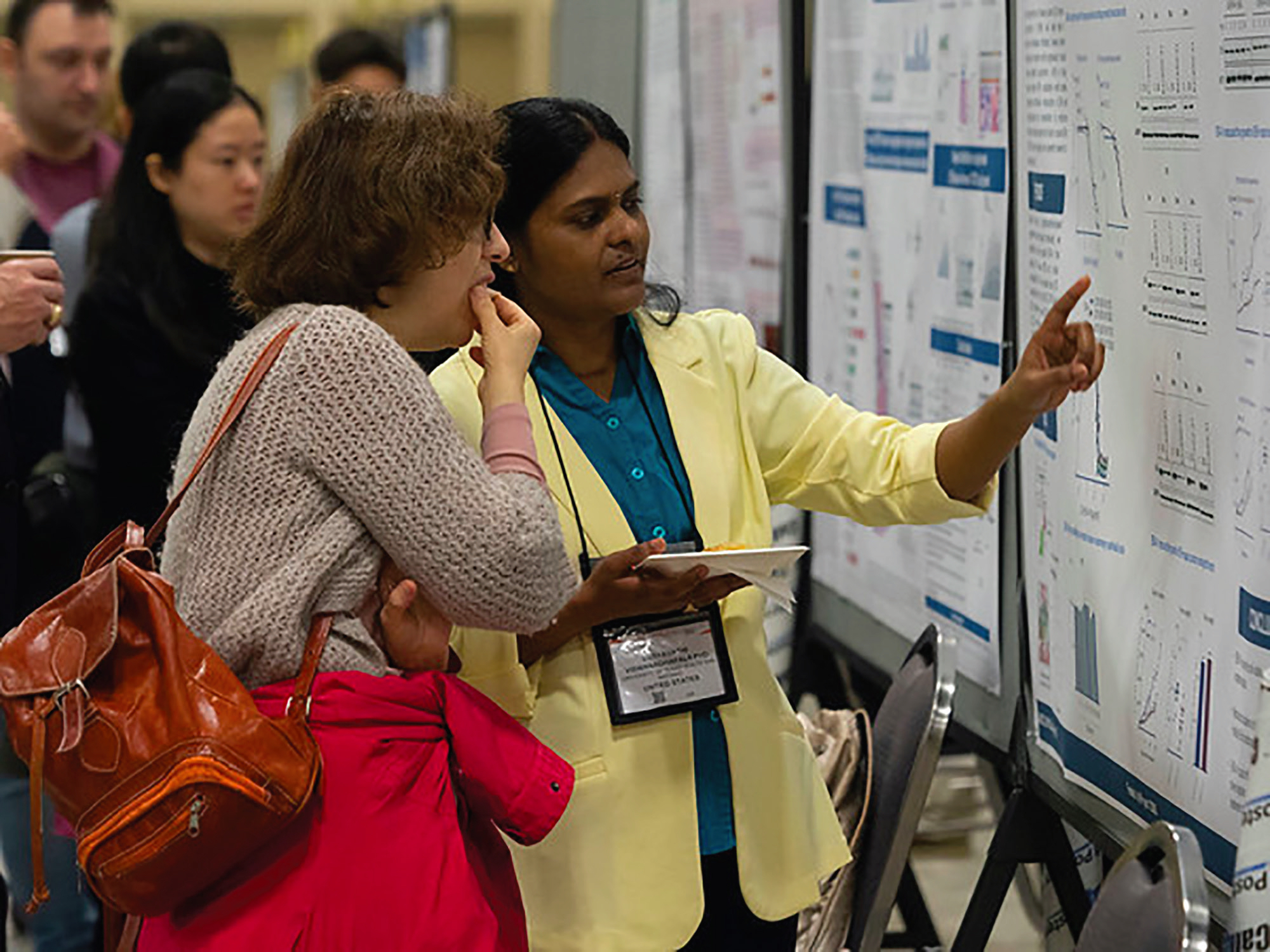 The symposium, which started in 1978, has grown to be the largest educational conference dedicated solely to breast cancer research and treatment. There are a number of global cancer conferences that include sections on breast cancer, but that is SABCS’ sole focus. “Researchers come from all over the world to hear the latest and greatest about breast cancer,” said SABCS Co-Director, Virginia Kaklamani, MD. “We have all the latest abstracts. We have all the latest research. We bring in the most famous researchers in the world.”The symposium has achieved a successful balance of clinical, translational and basic research focused on breast cancer. It provides a forum for interaction, communication and education for a broad spectrum of researchers, health professionals, and those with a special interest in breast cancer. The challenge this year will be in creating the interactive environment the symposium has become famous for, Kaklamani said.

“That’s the hard part about not meeting face to face,” she said. “We’re struggling with trying to make it interactive. That’s something we’re all working on, and hopefully, we can make it work.”

The intention is to have the same level of groundbreaking information and engaging sessions attendees expect from SABCS. More than 1,300 abstracts have been submitted for consideration by the SABCS programming committee. There will be debates, lectures, poster presentations, educational sessions, plenary lectures, award lectures, and networking opportunities.

She did say it would be hard, however, to have spontaneous conversations and one-on-one meetings that have marked symposia in the past. Hill’s team is working on ways to create networking opportunities, albeit virtually.

“In some ways, it will be more challenging because at the live event you can walk up to someone and just start talking, or sit at a table with or sit down next to somebody and start talking and discussing their research or asking any questions you have,” Hill said. “And you can see some of these thought leaders in breast cancer one-on-one. And with a virtual conference, we’re going to be setting up chat rooms and networking discussion areas so people can connect that way. But it will be harder because people are more apt to not go into chat rooms or into those sessions to discuss these issues. Whereas when you’re live, it’s easy just to strike up a conversation.”

Kaklamani said she still expects several breakthroughs reported at SABCS20, just like there are every year. She said she is looking forward to the latest information regarding immunotherapy and targeted treatments, and new treatments that have fewer side effects and improve patient survival.

“Even though it’s going to be virtual this year, this is still the largest breast cancer symposium in the world,” Kaklamani said. “So come Monday morning, after the conference is over, we’re going to have new treatments for our patients. We’re going to have new research that is going to be performed on patients and in the lab. So, this is exciting. This is something that we have every single year. We’re just excited to be lucky enough to be hosting it.” 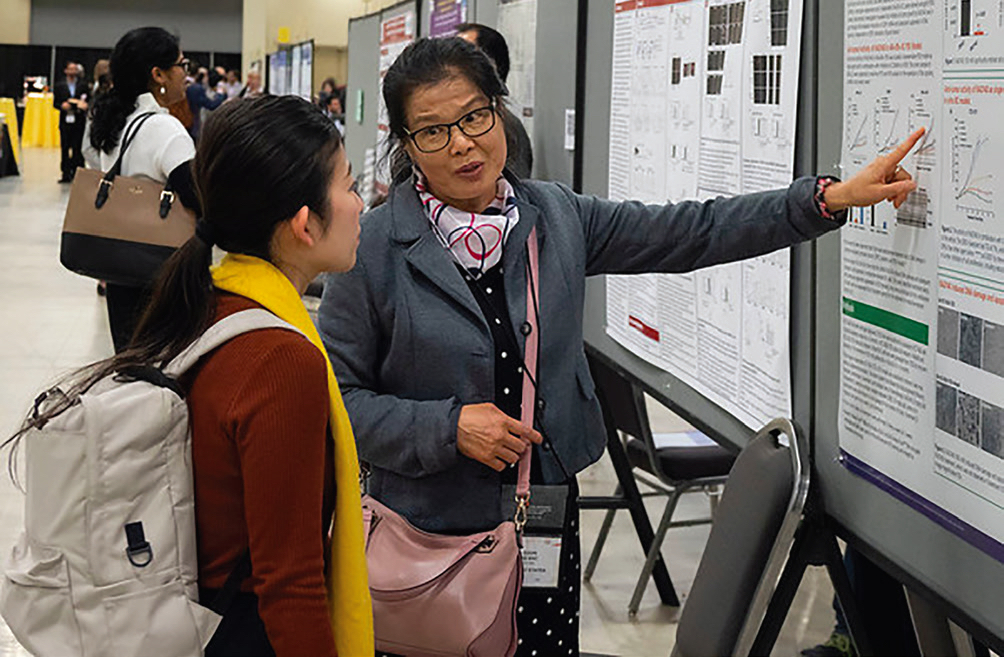