A Leader in Her Own Right 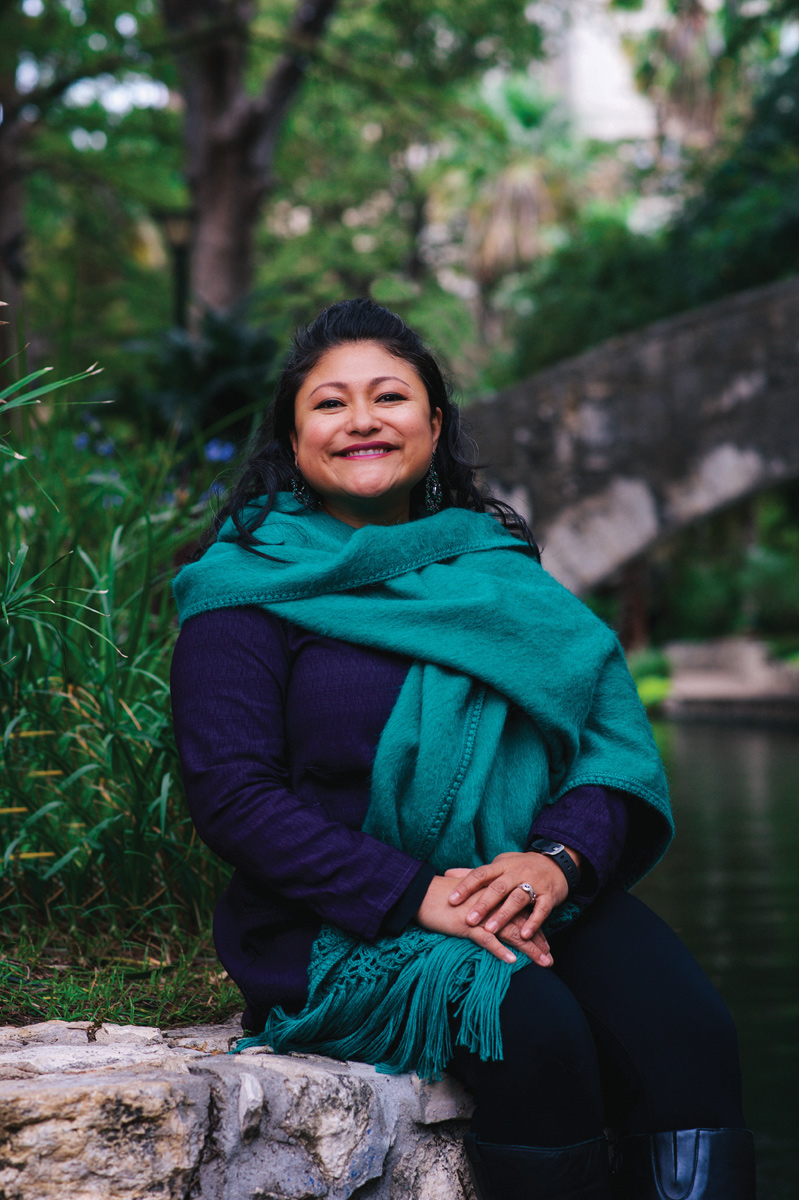 As the 2018 chairwoman of the San Antonio Hispanic Chamber of Commerce (SAHCC), Erika Prosper Nirenberg is focusing on a vision that’s very close to her heart: “to ensure that every child feels they have a future here in San Antonio.”

Those are the words she uses to open a meeting at Port San Antonio, where she has assembled a group of potential partners and donors who may help turn her vision into reality. In concrete terms, the idea translates into developing a curriculum that parents can use to teach their K-5 kids basic entrepreneurial skills. That doesn’t mean necessarily teaching them how to start businesses. Both Prosper and VentureLab founder Cristal Glangchai — whose organization will be in charge of developing the new curriculum — explain that an entrepreneurial mindset is useful in all sorts of life situations. The curriculum will focus on skills such as problem solving, learning through failure, courage to step out of one’s comfort zone, adaptability, resourcefulness, curiosity and empathy.

For Prosper, this is indeed a crucial step toward lifting people out of poverty and hopelessness.

Present at the meeting are executives from Wells Fargo, Nationwide Insurance, Santikos Entertainment, and the Admiral Capital Group, the last one represented by none other than the former Spurs star David Robinson. Also present are Ramiro Cavazos, the SAHCC president; Annette Ibanez of H-E-B, and a few others. Logistics, sustainability and timelines are discussed in a friendly atmosphere. Prosper emphasizes that her initiative will be the first such entrepreneurial program that “teaches parents to teach their children,” and that everyone would have access to the curriculum free of charge. Master teachers will be recruited from community organizations to train parents. “This will be the SAHCC’s gift to San Antonio,” she concludes.

Though she is passionate about developing future leaders, the Hispanic Chamber’s Chairmanship isn’t Prosper Nirenberg’s only public platform these days. Since her husband, Ron Nirenberg, was elected mayor, she has been thrust into the role of San Antonio’s first lady, something she is still getting used to. “I am indebted to the citizens of San Antonio for putting us in this position. It’s an honor to be part of something larger than yourself. To be given that opportunity is no light matter,” says Prosper, who has been a working woman throughout her life. Growing up, she always knew that she would be a working mother, she explains, but ending up as a mayor’s wife never crossed her mind, she adds, laughing. 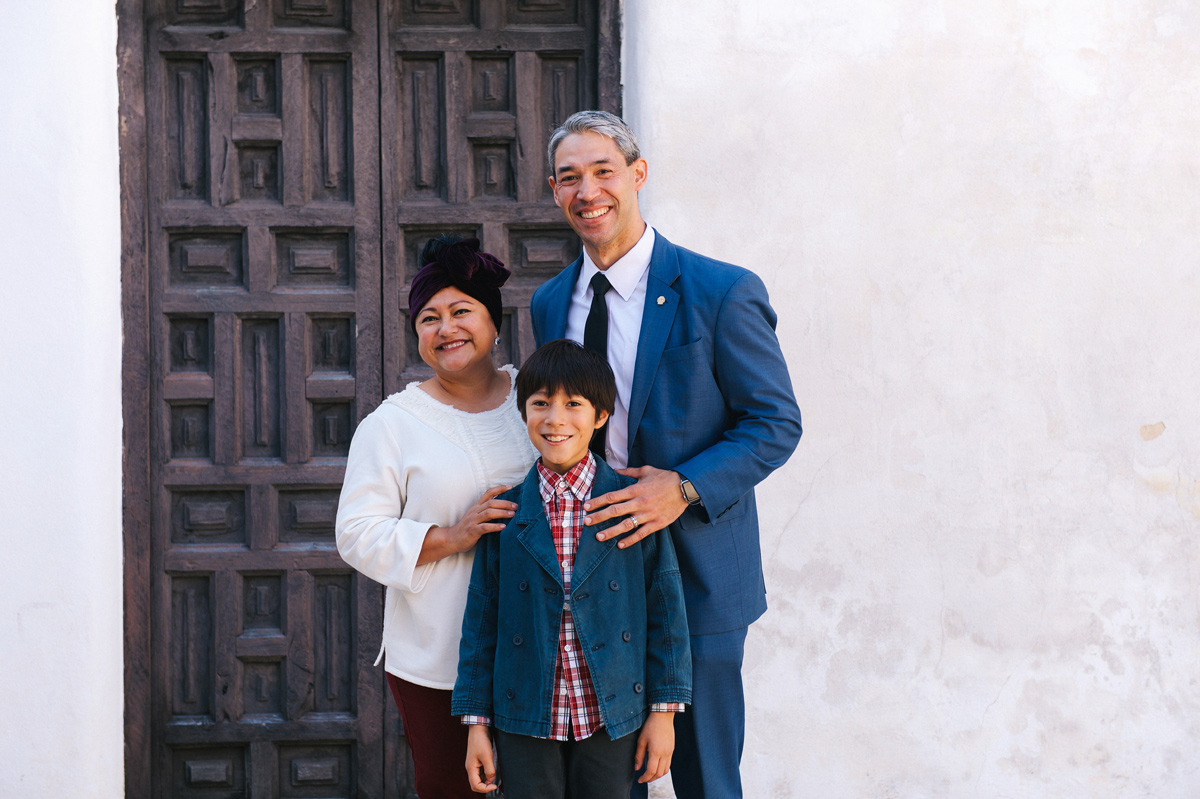 And she is still a working mother. As the Director of Customer Insights for H-E-B, Prosper Nirenberg leads a team of 12 associates who gather and analyze input from customers to help guide the company’s product and community involvement strategies. Her job is “to bring the customer’s voice to the table.” She praises H-E-B for valuing families and understanding that employees have responsibilities outside of work. The company also supported her while she worked on helping the Latina Leadership Institute at SAHCC, a program intended to teach Hispanic women how to run for political office or engage with community boards and commissions. Not all employers are that generous. As a result, contemporary professional women put a lot of pressure on themselves trying to be perfect at everything, notes Prosper Nirenberg, but they need to learn to start changing the culture. “It’s our job to make it happen from inside out. I am a big believer in leadership from the ground up,” she observes emphatically. “Change happens from the ground up.”

As first lady, she will continue to advocate for literacy and, in fact, was asked by her husband to help with the Mayor’s Book Club program. Her first move was to decentralize it, so that each council member — not just the mayor — can choose a theme and each branch library can participate in selecting reading material related to the chosen themes. “Literacy has always been important to me,” she says. “As a child, I was the first in my family to read and write in English, and I helped my parents pay bills, write letters if necessary to get services, etc. I read to Jonah (her son) since he was in the womb. Literacy is the most powerful thing you can give a child or an adult.“

Hard Work is Nothing New To Her
Born in the Rio Grande Valley, as a young girl, our first lady spent summers and many weekends working in the fields with her migrant worker parents, digging onions out of the ground. At night, her mom had a second job working as a cook at a drive-in, and the family, including young Erika, usually helped with the cleanup at the end of her shift. It was hard work by any standard. “I can’t imagine my poor son doing something like that, but I did it from age 5 on,” she says matter-of-factly. “It was normal. Just part of life.” Since her parents often traveled to where the agricultural jobs were at the moment, Prosper Nirenberg was raised by her beloved grandmother, Abundia, now 95, who instilled in the young girl a love for her culture.

Life changed at 15 when a school counselor approached her stepfather to request that Prosper Nirenberg, who was a good student, be allowed to finish the school year before heading for the fields. Soon after, she was able to get different summer jobs and a different home life, too. Following a moment of hesitation, Prosper Nirenberg confides that at 17 she was placed in foster care with a loving couple, Jonah and Pat Gray, who eventually adopted her when she was 23. She refers to the Grays as her “parents,” recalling how their home was a safe place to return to during her college years and crediting them for teaching her the importance of generosity and community service. Ties with her biological mother are strong again today, but at the time “she made some bad choices that affected my childhood,” says Prosper Nirenberg.

The Grays encouraged her to pursue higher education, and the determined young woman did so indeed, first at the University of Texas in Austin and later at the University of Pennsylvania’s Annenberg School of Communication in Philadelphia. While there, she was asked one day to help a prospective graduate student named Ron Nirenberg get acquainted with the school and campus. It was not love at first sight, at least not on her part. For one thing, she saw herself as an independent, career-focused person, and for another, his long curly hair was a turn-off. When the next semester started, Ron pursued her for several months before she agreed to go out with him. For her, he even cut his hair. “At that point, I have to say, he looked darn attractive,” she confesses with a youthful laugh.

It was her job with Lionel Sosa’s advertising agency that brought the couple to San Antonio in 2001. Subsequently, as driven as ever, Prosper Nirenberg became the director of strategic planning for Garcia 360 and later started her own research consulting firm, ColectivaMente Consulting, which also included Ron for a while. Though she never encouraged her husband to run for office, she always urged him “to do things that would make Jonah proud of his dad if someday he gets to read about them.” Still, it wasn’t hard to detect Nirenberg’s inclination to create community-wide connections as he did while running the Trinity University’s jazz station. To mark the station’s 10th anniversary, he organized the Year of Jazz, a year-long series of concerts made possible through a collaboration of KRTU and a range of arts and community organizations. He had also served as the head of their neighborhood’s homeowners association. So, there was no surprise when he asked her about the possibility of running for office. That was fine with her as long as he understood that she intended to continue on her own career path. On the campaign trail, Prosper Nirenberg and Jonah were present whenever Ron wanted them there. “I am bilingual, so I helped when needed. But, my priority was normalcy for Jonah during this time,” she said.

At home, the couple do not discuss mayoral business much. If he asks for her opinion on an issue, she will offer it, but generally, they keep “a Chinese wall” between private and public life. “I am always there to support him, but I never give him advice proactively. I want to be the loving wife when he needs me,” she said. The greater visibility has not pushed her to change her style and image. Comfortable clothes and Mexican dresses are her favorites, but she has made one concession: no more sweats and flip-flops in public.

So what does this very busy lady look forward to in 2018?
The rolling out of her entrepreneurial curriculum program for sure, and collaborating with other women who will soon be leading several local chambers of commerce. But then, there is her other initiative — a campaign to promote Latino leaders through all communication means SAHCC possesses. “I want our kids to learn to associate Hispanic people with the words ‘leader’/’leaders,’ not just with the words that have been used lately around them by others like criminals or trouble. Latinos are leaders and they are the future we need to let our community embrace and engage with those adjectives, instead,” she said. 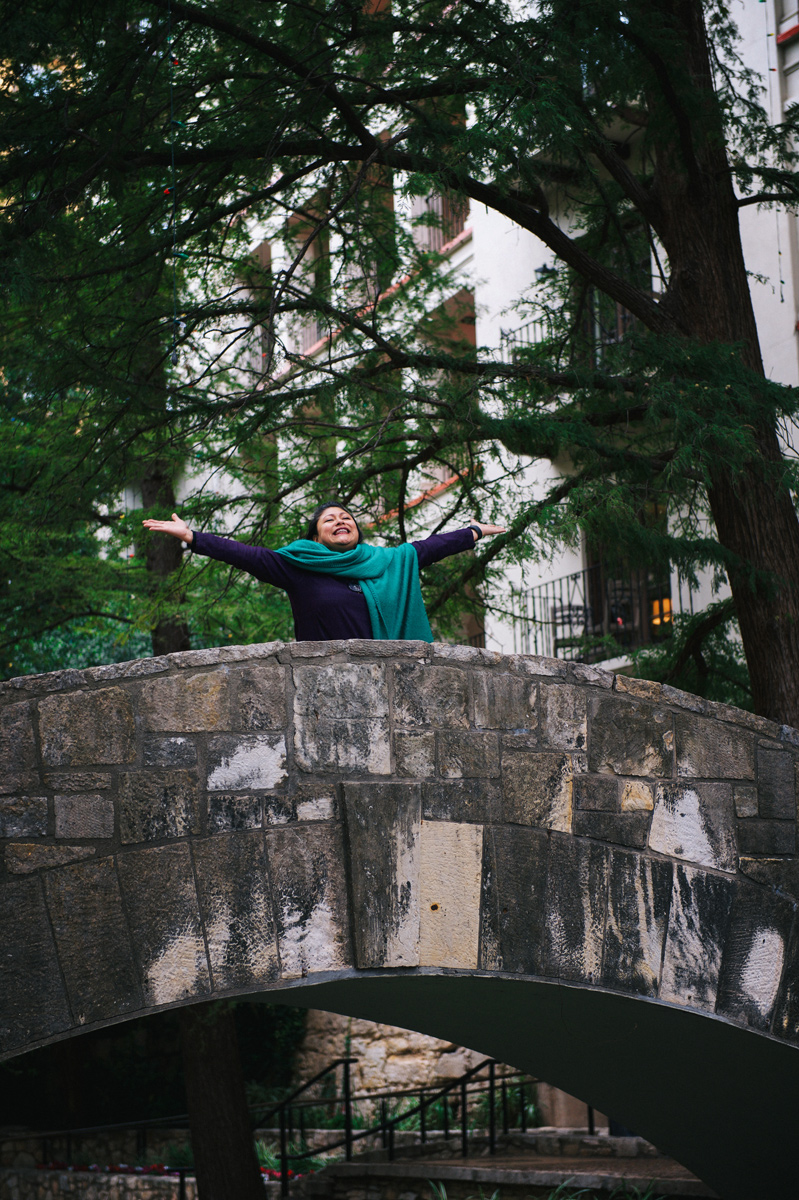