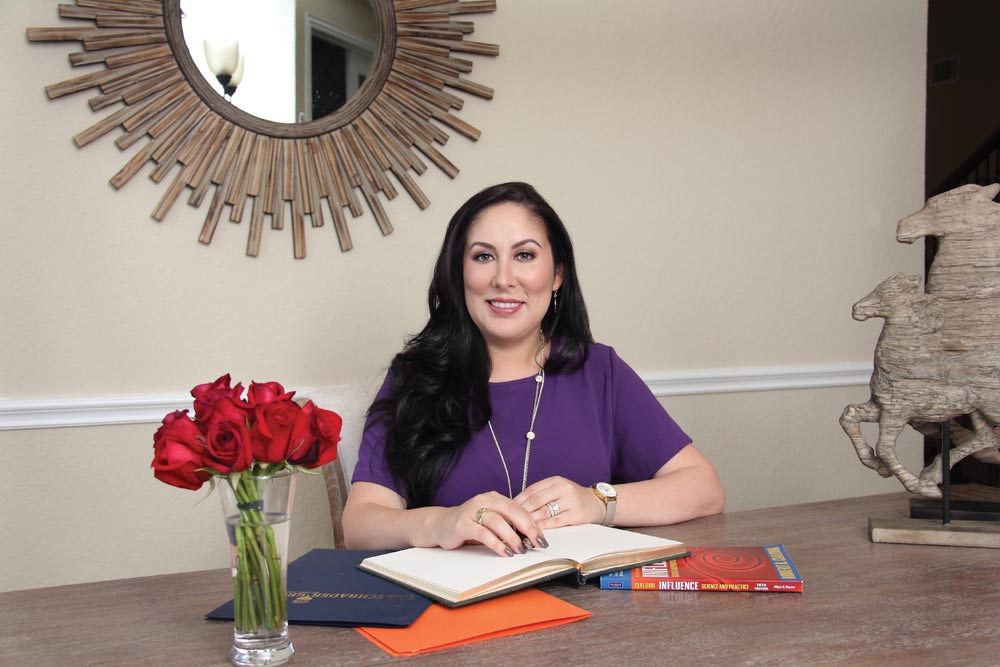 As a child, Amy Marie Lopez, director of business development for RE/MAX Associates-The Schrader Group, didn’t like to be told no. She recalls, “When I didn’t get what I wanted, I would write my parents a letter. I’d have my reasons, I’d lay it all out, and I’d sign it, ‘Love, Your Daughter, Amy.’ Staying up later, getting more allowance, you name it. My mom still has the letters!”

That seems like a natural beginning for someone who is known for her persistence. “I take what I do very seriously. I’m committed to what I do and I’m persistent. I’ve heard again and again that the reason the people work with me is that I never give up. I really don’t like to take no for an answer. I think that my persistence and consistency have definitely helped my success,” she says.

That’s far from where she started five years ago when she moved to San Antonio without a job and with no friends or family here. She ultimately landed her position with The Schrader Group, taking on a role with no job description. “It was a new position. I was intrigued at the opportunity, but wasn’t really sure where to begin,” she says. “At the time, what I was doing was unheard of. There was no one to train me, so I had to learn my way through it. At first, I was really scattered, but as I started meeting people and learning the industry, I developed a focus.”

That focus led Lopez to become an active member of the Greater San Antonio Builders Association. She currently serves on the association’s board of directors and was named Marketing Professional of the Year in 2014, 2015 and 2016. The 2017 awards will be presented later this year, and, yes, she’s in the running once again.

Her marketing skills have also been recognized by the Texas Association of Builders. She was named Marketing Professional of the Year in 2015, bringing the award home to San Antonio while competing against individuals from across the state.

Joining the industry without a real estate background, she values the connections and industry knowledge provided by the trade association. “Eighty to 90 percent of our business is from new home construction. That means working with builders,” she explains.

She served on the association’s Sales and Marketing Council, then founded the Young Professionals Leadership Committee, helping establish guidelines to give its members opportunities for both networking and education. “I loved the association, but realized it was lacking a ‘youth group.’ When I brought it up, they said, ‘That sounds great, why don’t you start one?’, so I did,” she says.

In addition to receiving two Presidential Citations, presented by the association’s president to three individuals annually, Lopez was named Associate Member of the Year in 2016. The award usually goes to someone older and more established in the industry. She recalls, “I had just received the Presidential Citation. I was sitting at the banquet with my husband and had just said what an honor it would be to win Associate Member one day, later in my career when I was more established. Then they called my name. I was in shock.” 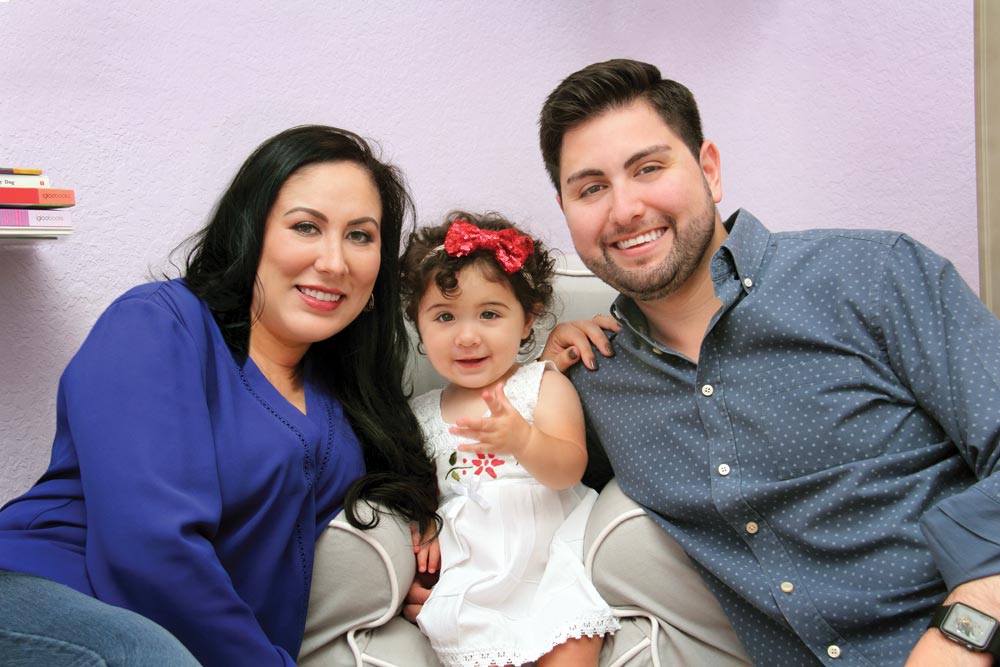 A graduate of Texas A&M University Corpus Christi with a master’s degree in communication and a bachelor’s degree in psychology, Lopez began her career in social work, where she was a case worker managing a case load of 50 clients a month. The emotionally draining position took a toll, and she realized that it wasn’t what she wanted to do. “I have so much respect for those who follow that calling. It’s vital work. It just wasn’t for me,” she says.

She’s always valued education, so she decided to pursue her master’s degree, graduating in just a year and a half before accepting a job teaching public speaking at the university. But she felt it was time for something more. That’s where San Antonio enters the picture. Based on her accomplishments since then, it’s obvious that it’s the right fit.

But she carries some lessons from her days as a social worker: “Listening and patience. That’s a big part of relationship building. You have to stop and listen. People want to be heard, even when they just need to vent. If you sit, listen, acknowledge their feelings, be there for them—they’ll remember that.”
While she’s skilled at relationships, she’s also quick to point out, “Not everybody is going to like you. And that’s OK. No matter what you do or how hard you work, they’re not going to like you. I had to accept that early on: Some relationships are not worth the drama or the extra work.”

Lopez doesn’t listen to negativity. “I switch negatives to positives. When things start to become an issue or a setback, I face it head on. A lot of people are afraid of conflict or confrontation, but I address it directly,” she says.

She also sees inspiration all around her. “I get inspiration from everything and everyone. Little things I see — kind gestures, people who go above and beyond, coworkers who take time to help you, little things like someone buying you Starbucks. You have to find inspiration daily to keep yourself motivated. If it’s not there in front of you, find it.”

She believes the same about self-confidence. “You have to be confident,” she says. “Talk yourself up. Build yourself up. People don’t build you up as much as you can build up yourself. A lot of people lack that real, deep confidence. But you have to know that you know what you’re talking about, you know what you want and you’re going to get it. You can take on the world at that point!”

A planner who once had her life all sketched out, Lopez has taken a path that’s led her to understand that everything happens for a reason. For women who worry that they haven’t achieved a milestone by a certain age, she advises, “Don’t look at the numbers, don’t worry about your age. You’re right where you’re supposed to be.”

While her schedule is packed with breakfast, lunch and dinner meetings, Lopez is ultimately a homebody who enjoys spending time with her husband, Grant, and 18-month-old Collette, known as Coco. With busy and often opposite schedules, she blocks both family time and time when she and Grant can be together. She also emphasizes the importance of self-care: “You have to have balance. You can lose yourself in your job, but you have to take care of your emotional, social and physical self.”

With that, she believes in the power of journaling. “Writing out our thoughts is important to make them a reality. Write them down or you’ll forget them. A lot of people talk about things but don’t do it. Write it down, figure out a plan, then do it, ” she advises.

We have no doubt that’s just what she’ll make happen.