When a Hobby Turns Into a Business

A girl of almost any age knows the unbridled joy of spinning and twirling in a flowy, feminine skirt. For Sarah Dressler, there’s joy in a skirt and so much more — the kind of self-confidence, fulfillment and satisfaction that comes from a job well done.

Two years ago, as a mother of two, Dressler was blogging fashion tips between homeschooling her children when a photographer friend asked for help finding a ballgown skirt made of the fine netting fabric known as tulle. Dressler couldn’t come up with one. So she thought, “I’ll just make one.”

The only problem? “I had never made anything before. But I YouTubed it, got the materials, and it came out great,” Dressler says. “I got excited that I had created something with my own hands. It brought me so much more joy than I had expected.” 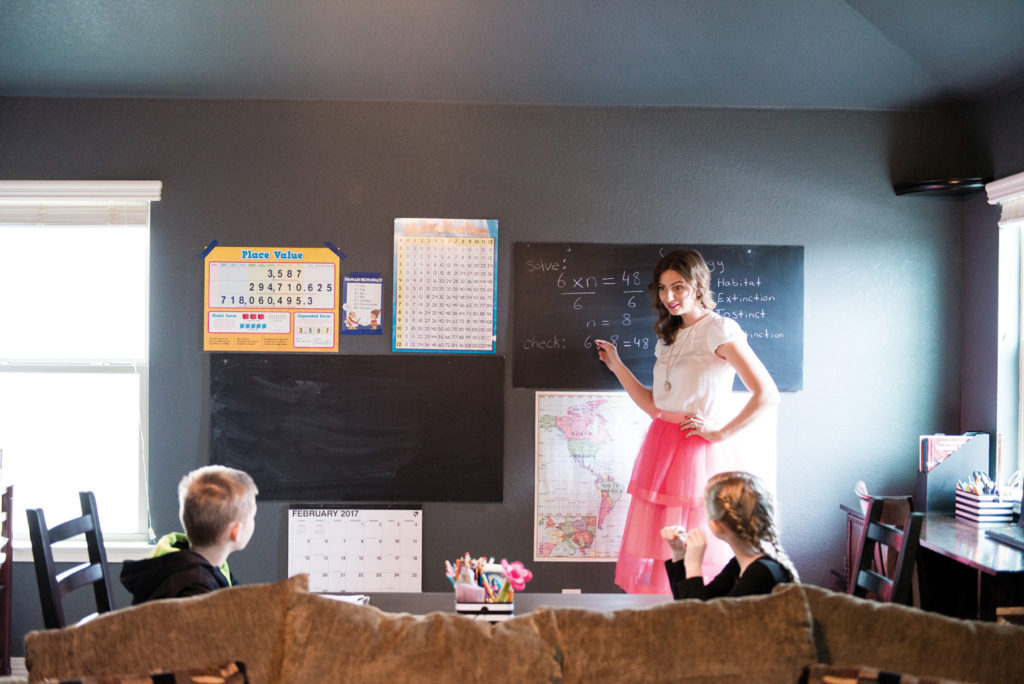 Her next turn at the sewing machine, making matching mother-daughter skirts her 4-year-old had requested, sealed it. “It came out so good, I just started doing it for fun,” she says. And when her friends began asking for skirts, Dressler knew she had something. Last year, she designed, sewed and sold some skirts through her blog, Dressed by Dressler, and 70 more on etsy.com, exceeding her 2016 sales goal by 30 percent.

The label on every skirt she custom-makes by hand bears the name of her business, Skirt Effect. But Dressler didn’t dream of a fashion designer’s life. Growing up the daughter of a service member and moving from one duty station to another throughout her childhood, Dressler married into the Air Force and worked in retail until her son was born a few years later.

“I wanted to be a stay-at-home mom, and I decided to throw all of my energy into being a great mom,” she says. “It was very fulfilling, and I never wanted to do anything else.”

But as a military spouse, Dressler sought something that could move with her from one duty assignment to another, and she began blogging. Though in the end she didn’t find fulfillment in her blog, it was an outlet that helped her build the supportive and encouraging network she would need to launch Skirt Effect. 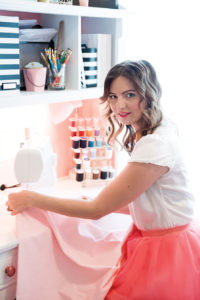 “I didn’t think I would be able to do this at this stage of my life,” Dressler says. “But God puts people in your life to encourage you, and I’m thankful for that.”
At Skirt Effect, you can shop for skirts in a range of colors and prints, fabrics and lengths, for women or girls. Comfort and quality are her trademarks, and a recent collection of skirts is actually inspired by the textures and colors she remembers from the time she lived in Italy.

Every skirt has a name, too. A lacy lilac skirt is Lily, and the flouncy red one is Holly. An elegant gold medallion number is Elizabetta.

“All of my skirts are named after people I know because something about it reminds me of them,” Dressler says. “I want to honor them and their impact on me — my family and friends, people who have supported me far longer than when I began designing skirts.”

Even the name she’s given her business holds special meaning.

With model good looks and a reputation among her friends as the one who dresses up when she leaves the house, Dressler began to notice how her attention to style was slowly having an effect on others. “They said I had inspired them to put in more effort, and that was the mission I’d had all along,” she says. “You can wear an outfit and not feel like you’re standing out in the crowd if you just feel confident.”

Then one day on a bike ride a butterfly landed on her, and like the scientific theory that says a single occurrence, no matter how small, can change the course of the universe forever, her new joy — her business — had not only a name but a defined purpose.

“I have a goal to learn at least one new thing a week about the business or sewing or a new technique, and that has helped me to stay focused,” she says.

“My hope is to continue to grow and help women feel beautiful and be a positive impact and role model in their lives and continue to be good mom and teacher to my kids.”