Hospitality with an Italian Accent 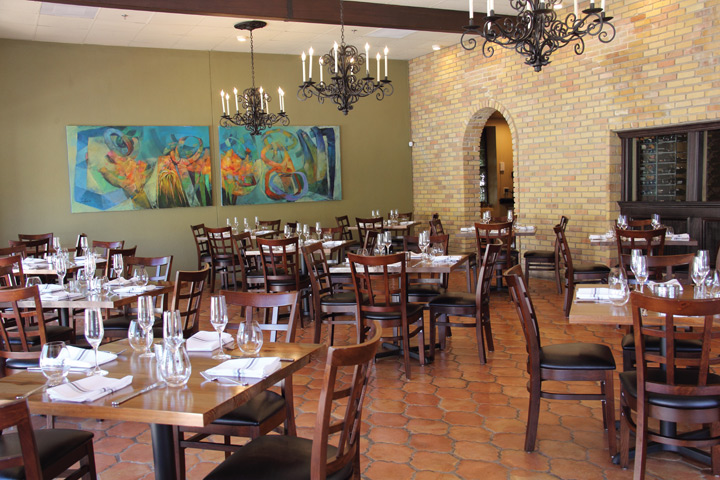 Edera Osteria-Enoteca opened earlier this year and is quickly gaining attention for delivering the details – in thought, word, and deed. A primary force in creating Edera and gathering a strong team of devoted staff is co-owner Cesar Amadore, considered one of the finest restaurant managers in the city. A sommelier friend put it simply, “I have already visited Edera five times, and I will keep going — because it’s Cesar; he is so highly regarded.”

For the industry conversant, Amadore formerly managed for Andrew Weissman and several other notable restaurateurs, earning a loyal following. Now that following is tracking him across Monte Vista’s border along San Pedro, minutes from downtown, I-10, and 281, where Edera is located.

I too, have been eager to explore the buzz surrounding this restaurant, also owned by Rep. Roland Gutierrez and his wife, Sarah. Yes, the talented chef Chris Carlson is cooking at Edera, formerly of Brigid and before that, The Sandbar – reasons to be curious, for sure. However, after a superb evening at Edera, followed by a captivating meeting with Amadore days later, my surface intrigue turned into genuine applause for the restaurant as a whole.

According to Amadore, “Edera was not created to be another faddish fine dining restaurant, but one built on the ideals of quality hospitality and a contemporary approachability.” With multiple rooms able to accommodate private parties and special events, including business meetings requiring AV capacities, Edera is an accessible venue for any occasion. Whether for lunch or dinner, Edera’s difference is in the details.

The menu features classic Italian and Spanish dishes infused with fresh flair. The gambas a la plancha were tender and tasty and magnificent to behold – “jumbo prawns” meant jumbo. In a moment of hesitation, we almost did not order the stracciatella di bufala as our extra antipasti course. However, after hearing the server pose, “Do you not like gooey cheese and freshly made bread?” we quickly confirmed our order and later devoured it.

For our primi course, I could not resist trying their homemade gnocchi. There is an art to making it, as any nonna will attest, but both of Edera’s versions impressed, and we tasted the love. One was made with potato and one with semolina; both received much praise at our table. The gnocchi di patate alla bava came with an addictive sauce of fontina cheese, sage and butter — look for pillowy bliss. The gnocchi di semolina listed under the contorni (sides) part of the menu came with asparagus and béchamel — elegance and comfort on a plate.

I’m always ready for a creative salad, so in the insalata di spinachi it was a thrill to find passion fruit vinaigrette tossed in a delicious but healthful salad of spinach, kale, heirloom beets, cucumber, pickled onions and chèvre cheese. The balance of sweet, sour, salty and bitter worked beautifully. (It made such an impression, I am already thinking about requesting this salad with sautéed salmon on top when I visit for lunch soon.) 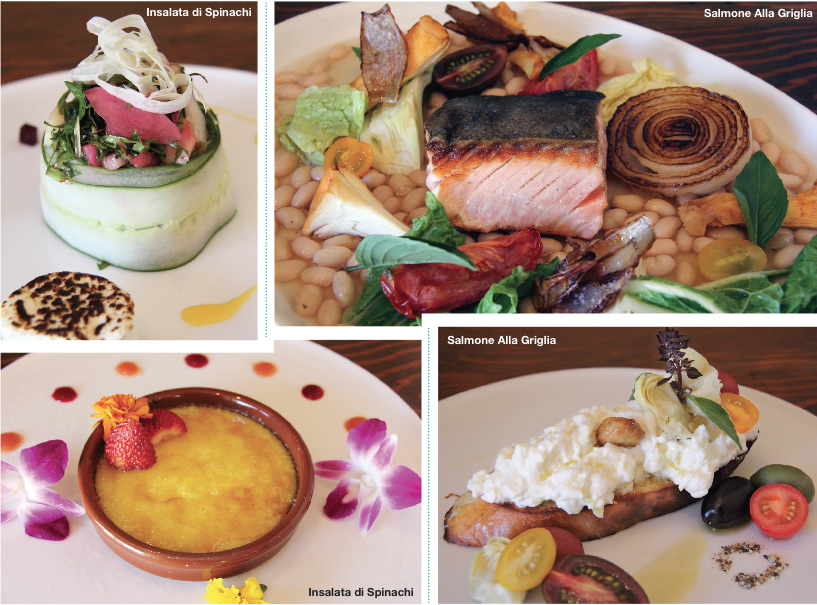 We ordered the lubina a la sal for our main course. When it arrived 25 minutes later (mental note), we felt like pure royalty as the whole fish came steaming out on a grand platter. The server gracefully removed the crust and properly deboned it tableside — a beautiful demonstration of true showmanship. The sea bass could not have been fresher. Delicate and moist, it was expertly cooked inside a carefully molded salt crust. The accompanying vegetables and lemon butter sauce complemented the fish luxuriously. There are many other tempting main courses, but none requires such lengthy cooking as this one.

Dessert is from the heart at Edera and should not be dismissed. Amadore’s wife joins the team by making the desserts using several of her mother-in-law’s prized recipes, including her exceptional crema catalan. We had a birthday in our group and without even making the news known to our server, out came a lovely treat from the kitchen: a decadent Valrhona chocolate mousse with a birthday candle.

The lunch menu is a modified version of the dinner with some new items added, including the popular beef tenderloin salad over mixed greens, avocado and sherry vinaigrette — dazzling on the plate and the palate.

The wine list is extensive but not overwhelming, filled with a stellar collection of more unusual wines from small distributors. Amadore, the full-fledged wine enthusiast and wine buyer, hosts weekly wine meetings for his staff to expand their wine knowledge. Our server was very well informed and guided us in discovering some lesser-known Italian vinifera like Cortese in our Gavi di Gavi, pairing nicely with our sea bass.

Thinking back on my meal at Edera, several of the special details brought our meal experience to life in a memorable way. One example occurred soon after we were seated. Instead of pouring water and taking drink orders, our server offered each of us a complimentary glass of prosecco “to welcome us,” setting such a positive tone. Anyone who has traveled along the coastline of Spain or Italy and stopped into an inviting, family-run café tucked into one of the cliff-side villages or the hills just beyond, can understand the intentions behind Edera’s mission to serve others as if they are guests in their own home.

Interestingly, Amadore grew up in Lugo, Spain, located in the northwest corner of Galicia. Perhaps the Old World high standards for hospitality are in his DNA. Maybe so, but it is his underlying delight in serving others that compels him each day. When I asked him to define “serving others,” he replied, “It’s showing others appreciation. It is also about helping others, which is part of everyday life, really.”

Nationally acclaimed restaurateur Danny Meyer once said, “A great restaurant is one that just makes you feel like you’re not sure whether you went out or you came home and confuses you. If it can do both of those things at the same time, you’re hooked.” Thanks to well-executed and approachable food, a comfortable atmosphere, compelling wines and personable service, Edera is well on its way. Bravo!