Imagine you are back in fourth grade and you are filling out a questionnaire about yourself, including your family, favorites and future aspirations. You come to the question, “What do you want to be when you grow up?” You may look to your peers, spout something off the top of your head or be one of the few who are confident in knowing what you  truly want your profession to be. Theresa Groff, later known as Resa Groff Wohlrabe, knew at the ripe age of 10 what she wanted to do the rest of her life. Her yellow sheet read, “I want to be a famous artist.” 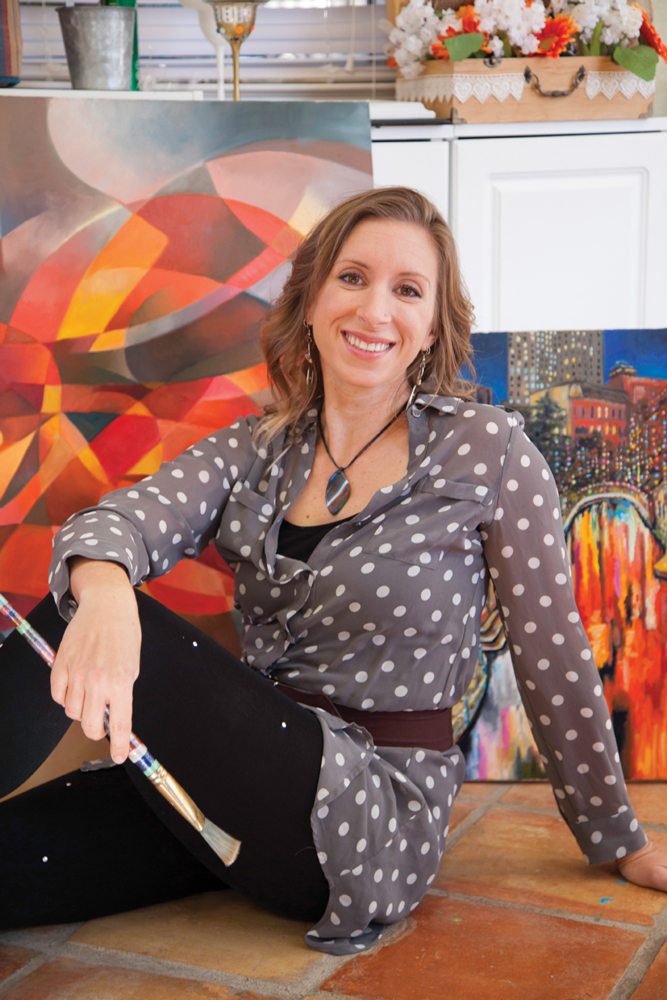 With the support of her family, Wohlrabe made her aspiration a reality by becoming a successful professional artist, having traveled all around the world exhibiting her art, and later as an enthusiastic art teacher at Pinot’s Palette and The Academy at Morgan’s Wonderland, which is a school for special needs children. “I have the opportunity to advance a child’s life with art education,” Wohlrabe says. “The projects I introduce to my students have the versatility to be tailored toward each individual’s learning experience. The skills they learn can be reused and integrated into other aspects of their life. It’s exciting to experience it with them. My profession is simple and challenging, nontraditional and spontaneous. I can’t go a day without building, creating, making, drawing or writing at least one thing. I feel sometimes like if I am not creating something, then I am about to fall apart.”

Born into a family of Theresas, Theresa Groff exhibited an independent nature early on. “I was born Theresa Groff. My grandmother’s name was Theresa, and the name has been passed down for five generations,” she explains. “I wanted to be known as Resa to gain my own identity. I became Wohlrabe after marrying my husband.”

Wohlrabe’s parents, Molly and Joey Groff, are San Antonio natives. “My dad is an entrepreneur, and my mom is a school teacher,” says Wohlrabe. “I have a brother, Joey Groff Jr., who is an engineer, and my grandpa on my dad’s side owned and operated a tire recapping shop, Groff Tire Co., in downtown San Antonio. It is still in business.” At the age of 18, Wohlrabe moved to Lubbock to attend Texas Tech University. “I began to get a degree in geophysics because of my love for the earth,” says Wohlrabe. “Two years in, I shifted my focus to becoming a fine arts major.”

After earning her BFA at Texas Tech, Wohlrabe moved to Tallahassee to attend Florida State University and obtain her master’s of fine arts in painting. “The world suddenly changed when I completed school,” says Wohlrabe. “I flew to Las Vegas for an interview for a job located in Manhattan. I would be working in the Plaza Hotel selling photographic prints for a well-known photographer. I was offered the job and had lined up a place to live.” After an epiphany and realization she was about to enter the “dreaded and over-hyped real world,” Wohlrabe declined the job and bought herself a one-way ticket to Australia. Two weeks later, she flew 16 hours to the other side of the world, eventually living in and visiting Cambodia, Thailand and other Southeast Asian countries. She settled down with her new husband in Denver for almost four years before returning to San Antonio in 2013.

Wohlrabe now makes San Antonio her home again. She has created her artistic realm here. Whether she is showcasing her art in a gallery or through video, teaching painting classes or working with beading or drawing with special needs kids, she is a creative spirit who loves to see the smile of a person excited about their creation. “There is everything to love about what I do,” she says. “I know I can use art to make a difference in someone’s life.” Wohlrabe is also an avid volunteer with Morgan’s Wonderland and the school, along with actively supporting her sorority alumnae group, Delta Gamma, by assisting with events. She is also a supporter of the Lighthouse for the Blind and the Guide Dogs of Texas. 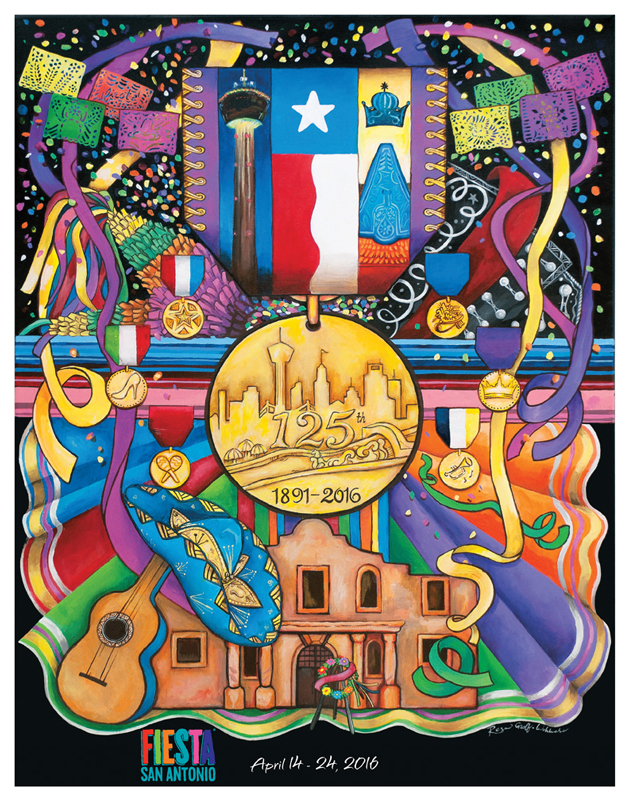 When Wohlrabe isn’t astounding others with her one-of-a-kind pieces, like her design that was selected as this year’s Fiesta poster to commemorate the citywide celebration’s 125th anniversary, or creating her own artwork for clients, she can be found actively participating in San Antonio’s art scene, offering public art performances and demonstrations at Travis Park when there are public events or for downtown Tuesdays. “The most recent public painting I did was a colorful piano for the Jazz’SAlive festival. I enjoy public art, and I hope that my future holds more opportunities for me to give more,” she says.

Why she is a role model: Resa Groff Wohlrabe knew at an early age she wanted to be an artist and to employ art as a “tool to heal and learn with, not just to hang on a wall and look pretty.” In hopes of sharing her life experiences as a professional artist and teacher, Wohlrabe wants to be a motivation for other people’s lives: “I think being independent is one of the most important characteristics that a young woman can have. If she is confident and can own herself, she can conquer the world.” Resa radiates those individualistic and resilient characteristics herself.

Her role models: “My parents have always been my support and role models. Since I was a child, my dad has given me countless opportunities to view and adopt his work ethic. My mom has always exhibited that compassionate and gentle characteristic that I strive to have when I struggle with my own impatience and frustration.”

Words or phrases she lives by: “I met Ann Richards when I was a kid. She leaned over and told me, ‘If you want something, ask for it.’ It means more to me now as an adult because I interpret it as if I want something to happen, I need to make it happen.”

Last book read or favorite book: “I am reading An Object of Beauty by Steve Martin, which is a story crafted around a woman involved in the high-class world of art dealings at Sotheby’s in New York City.”

Favorite band: “Daft Punk. I’m a fan to the point that I’ve tried to create my own robot helmet.”

Favorite movie: “I don’t watch movies often. I am never comfortable with sitting down for more than an hour anyway. I consider something else that I could be doing, something more active.”

Favorite pastime in San Antonio:  “My forever answer will be the Fiesta River Parade. I have always loved seeing the ornately decorated river barges sailing past with smiling people waving at me. My parents are founding members of Club Giraud, so each year we would attend the parade at the club’s terrace and watch as the floats passed by. Traditional food, decorations, music and dancing were all a part of the celebration and a big part of how I remember Fiesta as a child.”

Where she grew up: “I like to say that I grew up in San Antonio and I matured elsewhere.”

Describe a professional goal: “One is to have a piece of my artwork in a permanent collection of a world-class gallery. My second is to own and operate a gallery for local artists so that they can have an opportunity to express and showcase themselves. Currently, I am working on designing and publishing my own adult coloring book.”

What struggles, obstacles or triumphs have shaped you? “My travels to Southeast Asia have shaped my perception on needs and garbage. Traveling in one of the poorest parts of the world has changed the way I think about what I ‘need.’ When I returned home, walking down the cereal aisle at the grocery store seemed overwhelming and unnecessary compared to other parts of the world where there is no more than one choice of cereal, and they don’t seem to mind or complain. Overall, I have learned to live more and need less.”