Poet Carol Coffee Reposa Has a Way with Words

Carol Coffee Reposa wrote her first poem when she was only 8 years old. Her mom entered it in a radio contest in Houston, and to young Carol’s surprise, it won a prize and a $5 award. “I felt I had hit the big time,” says Reposa, smiling at the memory.

Today, she is one of the most admired and respected poets in Texas, with four critically acclaimed poetry collections to her name, a strong presence in more than 10 poetry anthologies and many honors and awards. She was twice a finalist for the title of Texas Poet Laureate and is currently a nominee for San Antonio Poet Laureate. Retired after 32 years of teaching literature and creative writing at San Antonio College, Reposa is now the poetry editor of Voices de La Luna — the sole literary journal in this area — and remains active on the literary scene. 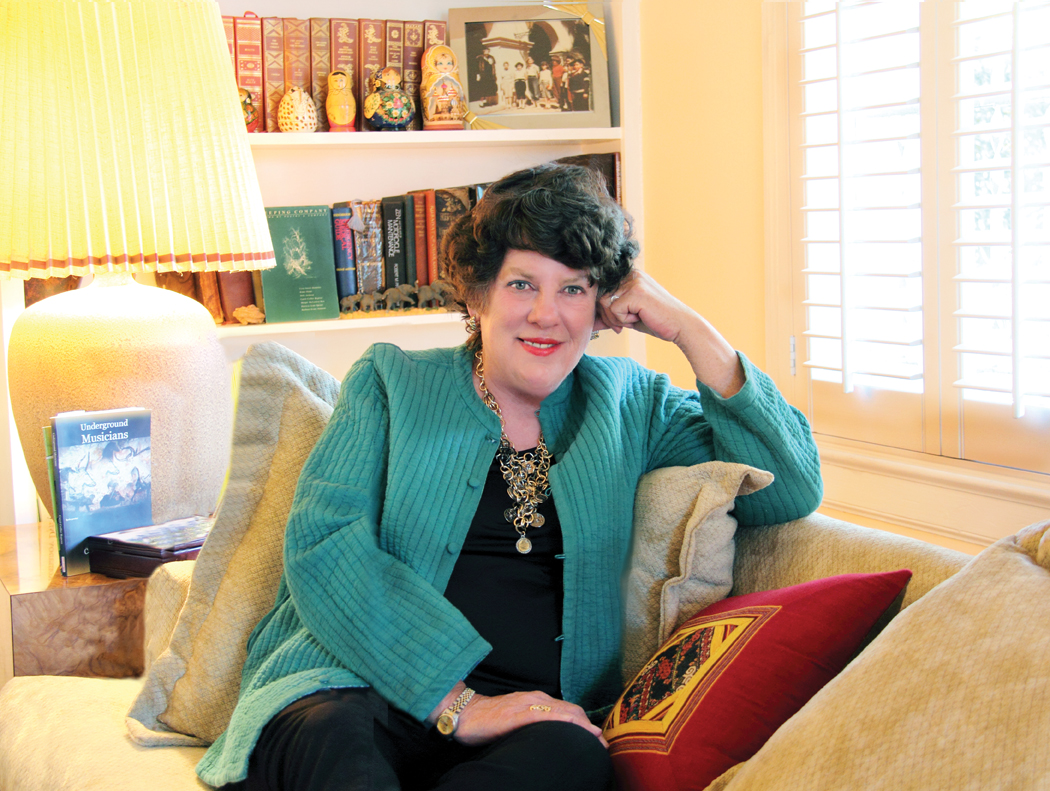 When I meet her at her home on a late January day, I immediately get a sense of her busy schedule as she lists all the things she had to handle in the past couple of weeks. One recent task she was especially pleased to perform was serving as a judge for the Youth Poetry Contest, co-sponsored by Voices and H-E-B. The contest is only two years old, but the number of entries increased significantly in 2015, and more school districts participated than in 2014. “Our goal is to build it up to the point that every school district in the city is represented,” says Reposa. “Our city would benefit from it, and we are devoted to that goal.”

Reposa joined the Voices staff in 2011 and has since seen the magazine grow and gain readers from all over the U.S. Voices publishes poetry, fiction, essays, book reviews and literary nonfiction, and submissions come from the entire South Texas region and beyond. In deciding what to select for publication, she tries to be open to all styles and genres. “We have a higher acceptance rate than most literary journals because we want to represent the community and all the literary voices of South Texas. We want to be inclusive,” she explains.

For me, it’s a joy, as I never know when I am going to read a poem that stops me in my tracks. Sometimes it’s from a well-known writer, and sometimes it’s from a talented 17-year-old student. In the latter case, we become the original publisher of that person’s work. I can’t tell you what a delight it is.

All editors look for the well-crafted poem, but inventive imagery and a fresh approach are a must. “You have to say new things or to say old things in a new way. One thing you can’t do is say old things in old ways,” she quips. In addition, she and editor James Adair usually look for entries that reflect life “in our little corner of the world.”  Right now, however, Voices may be in a bit of a transition. Single-theme issues may become more common, and the themes may not reflect life “in our little corner of the world.” The first 2016 issue, for instance, focuses on India and Southeast Asia.

Reposa’s own writings roam the globe for inspiration. Thanks to three Fulbright-Hays Fellowships, she was able to spend time and study in Russia, Peru, Ecuador and Mexico and has been greatly influenced by her experiences abroad. Her poems from those lands are insightful, often luminous and shot through with images and metaphors that are so new and true that they indeed stop the reader in his tracks.  In his comments about her last collection, Underground Musicians (Lamar University Press), Larry Thomas, the 2008 Texas Poet Laureate wrote: “…Her diction is musical and resplendent. Whether she writes in free verse or within the constraints of the sonnet, she does so with consummate poetic skill and artistic maturity … In Underground Musicians, she definitely solidifies her already stellar position as a national poet of seriousness and distinction.”

Though the collection covers a lot of geographical and emotional territory, including — in a most stirring way — the home front, Reposa says that overall, if there is a an underlying theme, it relates to music, actual or metaphorical, that can be discovered even when we are “underground,” meaning depressed, oppressed and suffering. “But for the music to do its job, we need to be attuned to it. Even in the darkest hour, there is an effort (in the poems) to restate the implication of the title poem — that  redemptive ‘music’ exists.”

Where Does A Poem Come From?

Born in San Diego when her Marine father was stationed at Camp Pendleton, Reposa spent her childhood moving back and forth between Texas and Southern California. The family eventually settled back in East Texas when her widowed mother realized that she needed help from her own parents in order to provide properly for two daughters. Young Carol adored both her mother and her grandparents and wrote poems for her mom. Though she was only 6 when her father died, she does remember that his funeral was perhaps the first time that she became aware of “huge emotions” that stayed with her for a long time. It was the kind of emotion that can give birth to a poem, but, of course, she was too young to have the language to express her turmoil.

Though Reposa earned both a B.A. and a master’s degree in English from UT, she did not think of herself as a poet until a Spanish teacher read her translation of a Spanish poem to the class and announced to all present that “this person is going to be a poet.” He was right. Nevertheless, it took Reposa another 11 years to fully discover her poetic voice, but when she finally did, she couldn’t stop expressing herself. By then a married woman with two children, she started writing “with a vengeance. “I’ll write for as long as I have the capacity to do it because I feel more profoundly alive than when I am not writing,” says the poet.

Over the years, her poems have been published in too many journals, magazines and newspapers to list here, and she has been in demand as a speaker, reader or workshop leader at poetry conferences, literary festivals, colleges and other institutions. During Poetry Month in April, she will take part in several events. (Get the calendar of events at www.npmsa.com).

So where does a poem come from? we ask. Some writers will tell you that a poet, like everyone else, must be disciplined in his/her work and write regularly without waiting for inspiration. Reposa doesn’t quite see it that way. “Something has to move you to write a poem; it has to be something that you feel deeply,” she observes. “Sometimes it may be a current event or an experience you had, maybe a miracle of nature. For me travel is a major trigger. Also, my family has long been a source of inspiration. Poems can come from anywhere. The only requirement is — you have to come to the subject passionately.”  You also have to have the talent to transform life and experience into art.

Reposa’s own art has changed over time. “When I first started writing in my 30s, I gloried in being prolific. I often wrote three poems a day. Today, the urge to write comes on more slowly but more deeply. Over time I’ve become more interested in my approach to form, content and depth. What I write now is more seasoned, and I hope it will be of greater duration.”

How to Stop War

Put Yo Yo Ma in every doorway
Pavarotti at each checkpoint
Perlman on the road to Kosovo
Or in Rwanda’s thick green hills.
Let the hands of Arthur Rubinstein
Float slowly over Belfast
Have Marsalis
Shoot cadenzas into Gaza.
When we fill the bores
Of AK 47s
With scores of Brandenburg concertos,
When we arm the Stealths with Mozart
No one will hear the voice
Calling them to blood. Remastered
They will find their families
Building ballads in the streets
See them tuning old guitars
Inside their tents
Chords shimmering
In Kabul’s radiant dust
Rising
Past
The minefields
Into melodies.