Seafood from South of the Border

Plenty of Mexican seafood dishes surface in San Antonio, but few restaurants devote themselves wholly to the pursuit of Pacific coastal cuisine like Costa Pacifica. The bright and clean flavors are indicative of healthier eating, perfect for accomplishing a New Year’s resolution without sacrificing good taste. 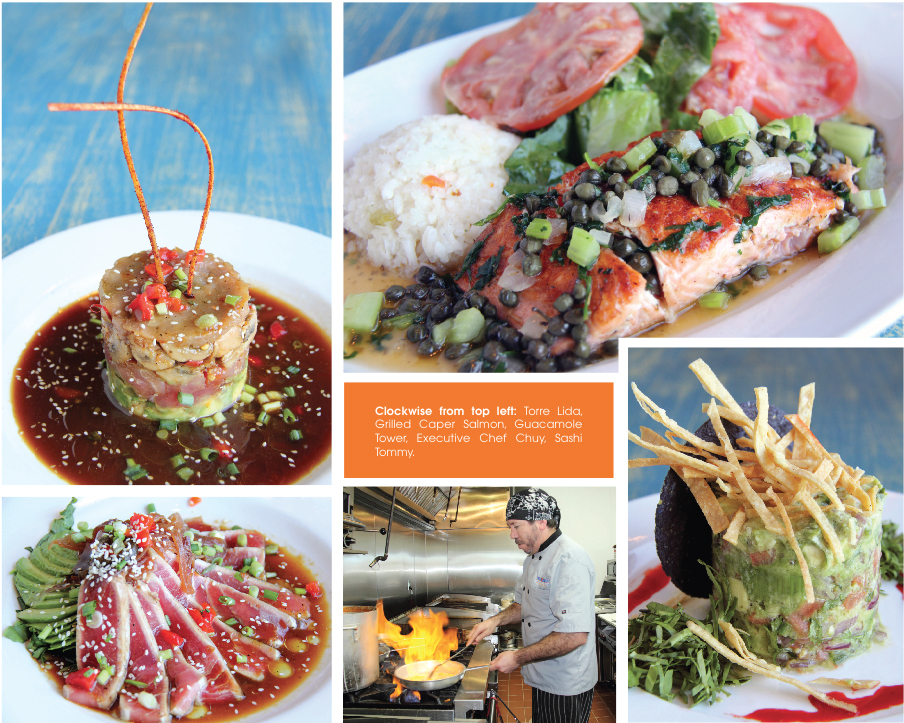 Opening the restaurant in 2011, business partners and cousins Moris Saide and Tommy Saide set out to capture the attention of fine diners, settling in the same upscale shopping center as Silo Elevated Cuisine on North Loop 1604. Four years later and thriving, they have just opened a second venture on San Antonio’s western frontier, near I-10 and the Dominion.

Instead of duplicating the spacious and upscale look from North Loop 1604 (just east of Blanco Road), the owners conceptualized a hybrid version of Costa Pacifica, a more compact but more accessible space, which combines their trademark quality and hospitality with a “fast casual” service approach for busy weekdays, transitioning to a wait staff in the evenings, but still just as casual. The sleek ocean blue design on the inside, along with the inviting view of the hills on the outside patio, make dining at Costa Pacifica especially fun and welcoming for all.

“Our lunch customers want vibrant, healthy,delicious coastal Mexican food at a reasonable price, but they need to get back to work. So we’ve expedited the process,” explains Moris.

Customers order at the counter from a streamlined menu overhead so they are not overwhelmed with choices. They can enter and exit within 30 minutes. The goal is to set fast food restaurant captives free — free to choose real food, prepared from scratch, by a real chef only a few feet away.

While seafood is the hallmark of Costa Pacifica’s cuisine, other appealing options beckon. For the averse or the allergic, I recommend the Taco del Patrón (thick slices of lightly seared rib-eye on a home-made corn tortilla) and Grilled Chicken Taco (marinated pieces of grilled chicken breast served on a corn tortilla with a thin layer of refried pinto beans).

Not a big seafood fan myself, I took the “when-in-Rome” approach and courageously ordered all seafood items to share with a group of friends. Surprisingly, all plates were clean by the end of the evening – no one left hungry. The Tostada Shrimp Ceviche and the Tostada Oriental (fresh tuna slices, guacamole and their special rasurada sauce containing soy sauce) were among the favorite appetizers. In hindsight, the best way to enjoy the tostadas is to order the Tostada Sampler, allowing you to explore three other varieties as well. 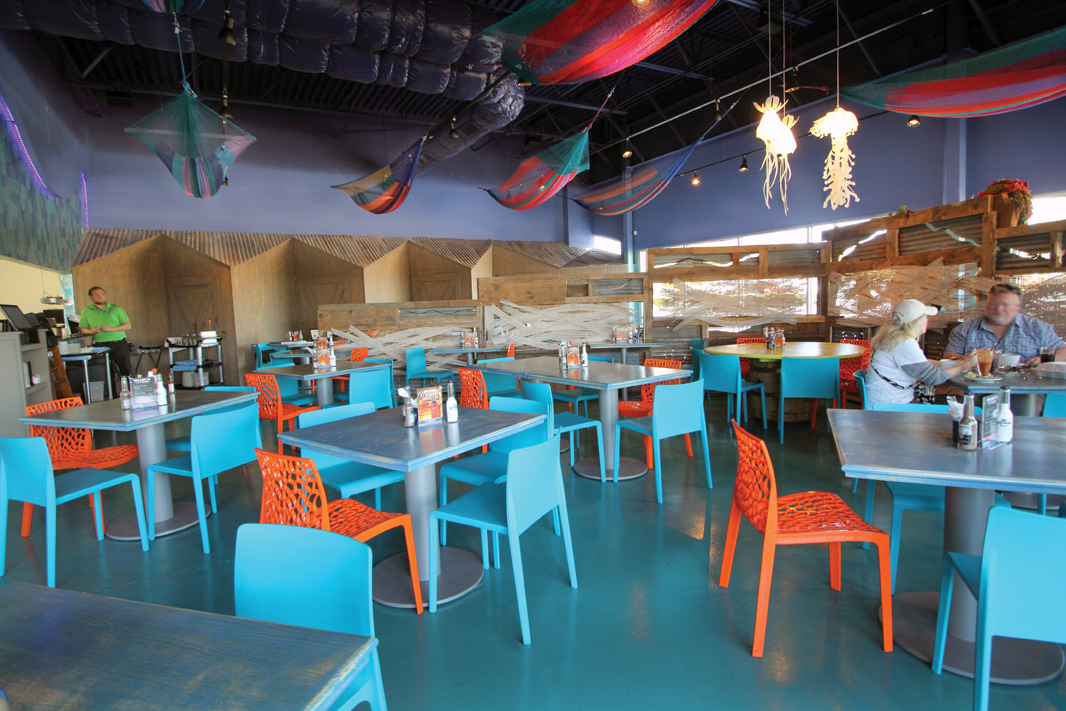 As for Moris’ favorite appetizer, it is the Torre Lida, layers of fresh marinated tuna, avocado, garlic-lime mushrooms formed into a tower and doused with rasurada, sesame seeds and sesame oil. Curious why he lit up when he described it, I ask, and he exclaimed, “Easy! I named this dish after my wife, Lida, so of course I pick that one.”
Further stepping out of my comfort zone, I enjoyed the octopus taco next. Despite my preconceptions, the octopus was not chewy but had a delicate flavor, enhanced by the accompanying onions and tomatoes. For the main course, I highly recommend the Mahi Mahi Au Gratin, a filet served over homemade rice and a creamy red bell pepper sauce on the side.

So how does Costa Pacifica make a seafood convert? My clue dawned when Moris boasted, “We squeeze a LOT of limes.” Adding acid to food is an ancient preservation technique also known as pickling. Preservation for the sake of food safety no longer has the same importance it once did, thanks to refrigeration, but adding the appropriate amount of acid to something edible almost always enhances its flavor, especially seafood.

Understanding Saide family history brought immediate clarity to why these cousins went into the restaurant business in the first place. As Moris reflected, “We were raised to be good hosts. My great-grandparents were from Lebanon, and all we heard growing up was, ‘EAT MORE!’ Growing up in Mexico, our families taught us to put each other first, and now we try to encourage these same values with our employees. If they are not putting their families first and not having fun working, then what’s the point?” he surmised. “Many employees have been with us since the beginning; we would not be where we are without them,” he says, citing a few core team members, like the talented mixologist from Venezuela who is now the general manager, and the executive chef, “Chuy,” known by Moris as a “creative genius” and an architect by trade. Happy hour at Costa Pacifica is very popular, so stop in for one of their outstanding cocktails and one of Chuy’s creations.

Costa Pacifica is also a great family restaurant. There are the usual favorites for the kids, like fish, chicken, quesadillas and hamburgers, but even better, I suggest ordering the Coconut Shrimp from the adult menu and splitting it between children or with an adult – a real crowd-pleaser.

Don’t forget to end your meal with one of their homemade desserts. We DEVOURED the crepas de cajeta in seconds. Unlike most dulce de leche desserts, the cajeta crepes were not too sweet and left us satisfied.

Seafood fans and foodies alike, Costa Pacifica is well worth multiple visits, as there are so many interesting dishes to try. Additionally, the staff is warm and willing to help with requests. The Dominion location recently opened for business and will host a grand opening in February.