He envisions a production about the Alamo 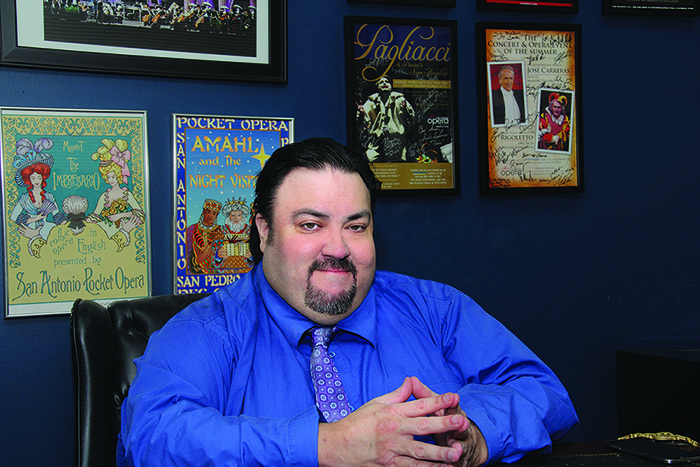 Music has been part of Mark Richter’s life since he was a boy growing up on the South Side. During his school years, he excelled as a viola player but later transitioned into vocal performance and musical theater. Blessed with a beautiful tenor voice and inspired by the famous trio of Luciano Pavarotti, José Carreras and Placido Domingo, Richter founded San Antonio’s Three Tenors in 1992 and sang with the group for many years.

But most San Antonians know him as an opera and concert producer. After the San Antonio Symphony dropped its operatic programming in the early 1980s, there were a couple of timid attempts to revive the art form, but it wasn’t until Richter launched his Pocket Opera in 1995 that opera grew new roots in the Alamo City. As audiences grew, the name changed to Lyric Opera of San Antonio and eventually to San Antonio Opera. Over the course of 16 seasons, the company presented 65 major works and brought to town big names such as Domingo, Carreras, Andrea Bocelli, Frederica von Stade, Roberta Peters, Patti Lupone, Mandy Patinkin and others.

After the company closed in 2011, it didn’t take Richter long to start a new one, this time a smaller chamber-style enterprise called Opera Piccola, which is launching its fourth season this month. All operas are sung in English and accompanied by a live orchestra conducted by Kristin Roach.

You have just concluded Opera Piccola’s third season. How would you evaluate it?

I think it was a very successful season. We were able to expand our audiences by offering a diversified season of different types of opera, utilizing regional talent and exposing people to operas in English. The use of English is important for this generation that I call the “now generation.” It’s a generation that requires their art served to them in an innovative yet uncomplicated way. And because San Antonio is still discovering opera, English is a necessary part of what we are doing.

How do you go about choosing programming for each season?

I have a gifted team that I work with. Besides Kristin Roach, it includes stage director Cynthia Stokes and lighting designer Bill Peeler. We like to offer our patrons a well-rounded season. We do include contemporary themes, to show that opera is still relevant to our society as it was hundreds of years ago. And we include both comedies and dramas and newer and older works. In the latter case, we may adapt the work with contemporary settings. For instance, the 2015-16 season includes Mozart’s Abduction from the Seraglio. We are doing it as an episode of Star Trek. It’s hilarious; one of the funniest things I have seen in my life. We have partnered with director Josh Shaw (of the Pacific Opera Project) to stage it. He’s done it all over California. The production marks the 50th anniversary of Star Trek, so we are going to have costume prizes for people who come in costume and Star Trek parties before and after. That’s the kind of thing we do. We want to stay fresh and new.

Are you seeing different audiences now?

Oh, yes! Our audiences now are the youngest audiences I’ve seen in my life in San Antonio. The average patron is 24-35 years old, mostly professional young adults, of different ethnic backgrounds. About 40 percent are Hispanic. We are removing the things that people may be frightened of when it comes to opera – foreign languages, the perception that opera is too expensive, too stuffy, that you have to wear a tuxedo, etc. Opera Piccola makes opera affordable for everyone – you can get a ticket for $10 or $12; the most expensive ticket is $50 – you can come as you are, and you’ll understand the language. And because of that people are giving it a try, and they are coming back.

For 16 years you were the artistic director of what became the San Antonio Opera. What do you consider your greatest accomplishment(s) during that time?

I think it’s keeping the opera viable under extreme conditions for many years. Part of that time we were always a rogue company; there was never a hall that was built for us. We had to move from venue to venue, and each time we moved we would lose 25 percent of the audience. People don’t like change. It was difficult to keep the electricity alive during all those changes… Among my proud moments I count bringing Placido Domingo to town, and we also brought Andrea Bocelli to do Cavalleria Rusticana. He said he considered the work he did in San Antonio as one of the greatest artistic experiences of his career. Ten thousand tickets were sold for that production. That is probably the biggest classical event that we have had so far in San Antonio.

What have you learned from that experience that may be useful in the present?

Know that nothing is forever! And that if you are going to be working in the world of nonprofits, you are at the mercy of the board of directors who in big organizations don’t know enough about the operations of the company, yet have the power to make decisions. There are good boards, and there are other boards with people who are in it for the wrong reasons. I now work for the board I have always wanted. I wouldn’t trade the board of Opera Piccola for any other.

Are there some stories from history or fiction that you would like to see turned into operas? If you were in the position to commission an opera, what story would you choose?

I would like to commission an opera about the Alamo. I’ve been talking to some composers,  and they are very interested. We are in the process of finding the right book that a librettist could work from. It would be nice if it could be done for the anniversary of the Alamo in three years (300 years since it was founded as a Spanish mission.) I would also like to do the world’s first conjunto opera, so I’ve been in touch with (musician) Augie Meyers, (Tejano Conjunto Festival founder) Juan Tejeda and others, and they are all ready to jump in. Again, I am trying to find a play that’s out there that we could use. I think   the story of La Llorona* would be good.  I don’t want to do it alone, however; I hope to partner with others in the community.

All I have ever wanted to do is produce opera because I have a passion for it. I think this was what I was meant to do. That’s why I am staying in San Antonio. I love my city.

*The story of La Llorona is a Hispanic legend about a woman who drowns her children and spends the rest of her life weeping and looking for them.

Mr. Richter’s comments have been edited for reasons of space and clarity.

Stephen Lucke CEO & Founder, Gardopia Gardens A healthier community, a healthier planet.  By Taylor Lane Photography by Nina A. Padilla Travel down N New Braunfels on the East side of San Antonio, and you might catch Stephen Lucke working in the urban micro-farm... 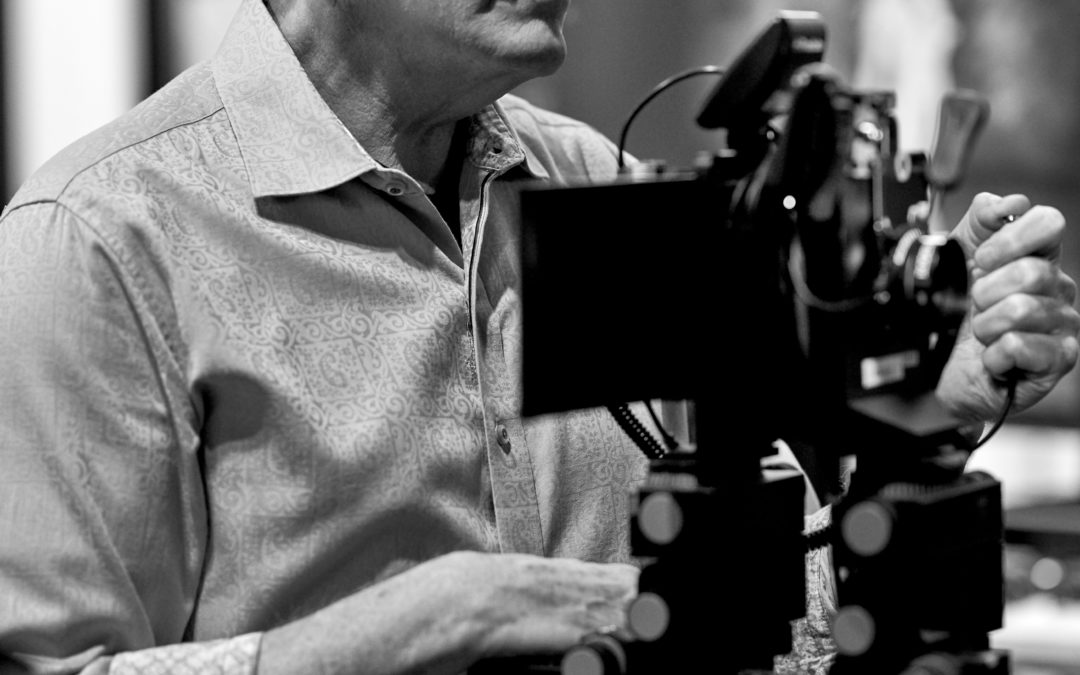 By Bonny Osterhage Photography by Nina Padilla Some photographers take a picture. Kevin G. Saunders makes a portrait. "The word 'take' is an important distinction," says the Amarillo-raised artist. "I create a likeness of somebody that they would choose to represent... 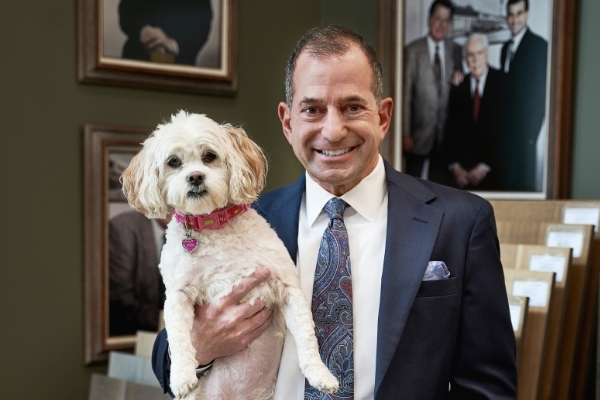 Sam O'Krent: A Man with Heart  By Bonny Osterhage Photography by Nina Padilla After losing both his grandfather and father to heart disease Sam O'Krent not only devoted himself to the family's flooring business, but he also devoted his time and resources to the... 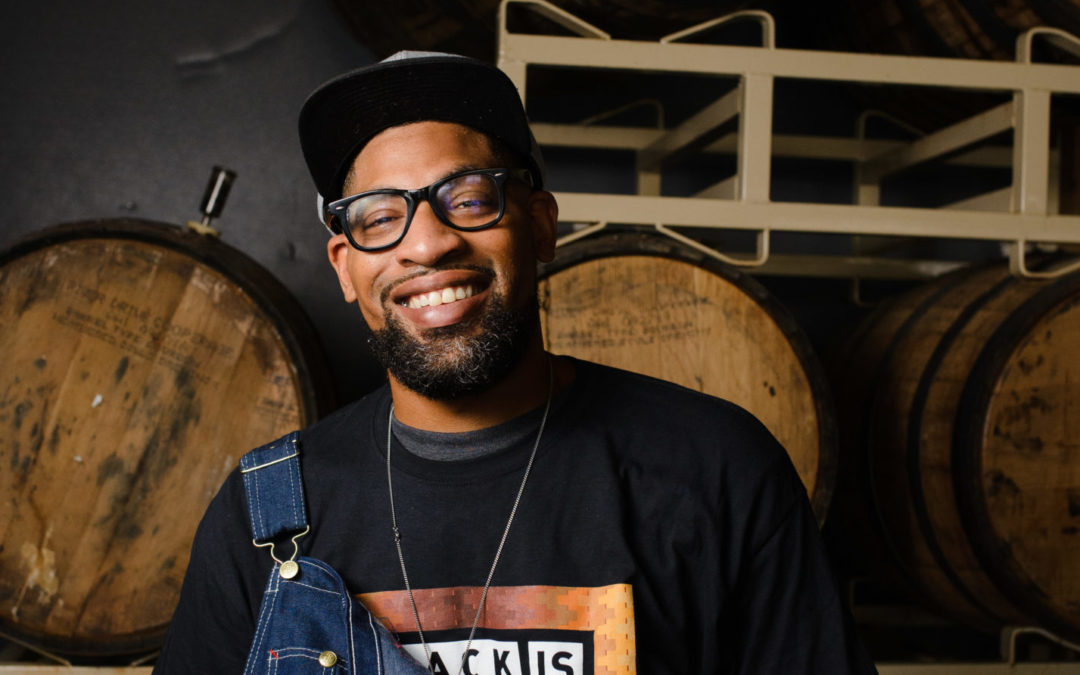 From Brewer to Activist Marcus Baskerville is changing the world one pour at a time. By Christie Cuthbert When Marcus Baskerville, 35, moved to San Antonio from Sacramento in 2013 for a new job with Citibank, he got terribly lost on the freeway system for the first...