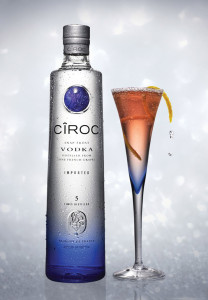 The days of Bruce Willis singing about Seagram’s wine coolers and not caring about quarterly projections are now being replaced with celebrity owners taking a major role in the spirit business. I have been fortunate enough to try a lot of the products in the market and have to report that most of these are pretty good. The fact that these celebrities are taking ownership seriously is apparent with the quality level that is being produced and the marketing support behind it.

Recently I had the pleasure of meeting Ramona Singer from The Real Housewives of New York. This was the same day that the separation from her husband was announced all over the world. As I entered this meeting, I was ready for all-types-of-crazy that was about to happen, but I was pleasantly surprised by how the meeting went.  She discussed her pinot grigio and her tag line “It’s Turtle Time” as well as other projects that she had for her wine in 2015.  We talked about the growth of her business and how excited she was about her future in the wine industry. And that’s when it hit me: She was a businesswoman first and a reality star second. The show was her avenue to sell her pinot grigio.  She was getting paid to be on a show and was able to star in her own commercial at the same time.

Sean (P. Diddy) Combs and Sammy Hagar are two individuals that I have no doubt could run Fortune 500 companies. Sammy Hagar took Cabo Wabo tequila from a house brand that he poured at his restaurants to selling a major portion of it for $80 million to Campari a few years ago. At the time that he introduced his tequila to the U.S. market, the premium tequila category was still an unknown market. Now store shelves and restaurants have a large selection of premium options for consumers to choose from.

When P. Diddy became involved with Ciroc vodka, about 100,000 cases a year were being sold, and now they have surpassed 1,000,000 cases of their vodka sold.  He just released pineapple as their latest flavor, and it is already surpassing their projections. Other musicians like Justin Timberlake (901 Tequila), Jay Z (D’ussé Cognac) and Dave Matthews (Dreaming Tree Wines) have all had success in the spirit industry. One key factor is that they can tie their products back into their music and showcase them in videos and at events.

In the early ‘70s Francis Ford Coppola traveled to the Napa Valley after finishing the first Godfather movie for a much-needed family vacation.  Fortunately for his family, the vacation turned into one of the best things to happen to the U.S. wine industry. Over the last 40 years the Coppola brand has not only been an industry leader, but he recently purchased the rights to the Inglenook name and was able to return that winery to the legendary status that it once held.  Drew Barrymore has a great Italian pinot grigio that she owns. The main reason for her to launch her own wine was that she wanted to drink something that was inexpensive and consistently great, and she succeeded in both of those categories. Dan Aykroyd has been involved with Crystal Head Vodka for many years, and his success is in not only creating a quality product but in also making his legion of Ghostbuster fans happy with the bottle in the shape of a skull.

One of the biggest successes is the Brad Pitt and Angelina Jolie rosé wine from Provence, France. It was No. 84 on Wine Spectator’s Top 100 list in its first year and is a great example of the beauty and grace of a French rosé.

Former NFL quarterback Drew Bledsoe and professional golfer Ernie Els have been making wines that are industry favorites. After Drew retired from football, he relocated to Washington and put his focus on making some outstanding wines. While Ernie has many years ahead of him on the golf circuit, he is still able to find time to visit his winery in South Africa.  He produces a wide range of red wines from his estate that are at the level of most California and French wines.

I only cherry-picked a few celebrities to focus on, but there are a lot more out there, including racecar drivers, basketball players, retired coaches and foreign actors. I recently had a meeting with the son of John Wayne and really liked the bourbon that he created to honor his father’s love of whiskey. As the industry continues to grow, so will the desire for other athletes, musicians, actors and celebrities to throw their hats into the ring, and I will try each and every one of their products with an open mind, as I hope that you will also.

I have on my calendar to meet with the representatives for Casamigos tequila (George Clooney) and Blue Chair Bay Rum (Kenny Chesney) next week. I’m going to safely bet that neither of those men will be there, but I do look forward to possibly working with their products.