The Company Retreat: How to make it dynamic and effective

Ever noticed the eye rolls when an employer announces it is time for another company retreat? People are thinking “Well, there goes another day shot when I have work I need to be doing!” or “Not again! I don’t need another day being bored!”

Of course, that’s not exactly the response the employer wants. She sees the retreat as an opportunity to get away from business-as-usual, to build esprit de corps, to work on goals for the following year, to solve some problems and/or to update people in critical areas. And maybe even have some fun in the process.

Problem is, even with the best of intentions, many company retreats turn out to be big disappointments for everyone. Not to mention the expense.

To have a dynamic retreat — the kind people leave saying, “Wow! This was great!”— the critical key is planning. So often a retreat is thrown together at the last minute, perhaps with the hiring of a speaker on a topic the retreat planner thinks will be interesting. An agenda is put together, but with little pre-work or genuine preparation.

Where will the retreat be held? The worst place is in the company conference room — or anywhere in the building. There is simply too much temptation for the attendees to dash out to make a phone call, check their voice mails/e-mails or do some office work. A hotel meeting room or other conference facility off premises is better. Best is a relaxing location out of town, especially if the retreat is to last more than a day; then there’s a true feeling of getting-away-from-it-all, which encourages a focus on the retreat agenda, creative thinking and camaraderie.

Careful attention needs to be given to the purpose of the retreat — what are the attendees supposed to come away with? Answering this critical question is necessary in order to know what pre-work needs to be done. For example, let’s say staff morale seems to be a problem. Typically, this topic could become an agenda item for the retreat. But how much more effective it would be to have the staff fill out a survey in advance. Then when the topic of morale is discussed at the retreat, the data can be given out and discussion can focus on facts rather than conjecture.

Perhaps cash flow is an issue. Having a printout of accounts receivables for the past year to give out to attendees can allow a more targeted discussion of possible remedies.

Determining the retreat objectives also will dictate who should attend the retreat. Should it be just the executives? The managers? The staff? Is it more appropriate to have the entire company? Perhaps half a day can be used for one group and the other half for another. Or maybe the management team spends the first part of the day together and then is joined by others later in the day. Should spouses be invited and have separate activities while the attendees are meeting?

If team building and renewal are desired, plan some downtime with recreational options. Many retreat facilities offer golf, horseback riding, hiking, tubing or spa services. If you’re spending the night, would people like to bring board games or CDs? What about a talent show? Or an award ceremony (humorous or serious)?

Of course, you can have a retreat with excellent content, creative ideas, good problem solving and even some fun and still have participants leave feeling that nothing substantive was accomplished. For this not to occur, it is critical to have action items — and a method of accountability — to implement when everyone gets back to the office.

To be effective, the action items need to specify who will do what by when. For example, rather than concluding that “We will start working on establis hing a mentoring program,” the action items might be as follows:

With careful planning, your next retreat can be what it was designed to be: A catalyst for a refocusing of energies, a clarification of objectives and priorities, a realignment with vision, a learning experience, an opportunity to share fun and relaxation with colleagues and — most important — a commitment to action.

Judi Craig, Ph.D., MCC, is an executive coach in San Antonio. She is president of COACH SQUARED, Inc. (www.coachsquared.com) and a senior practice advisor with Atticus, Inc. 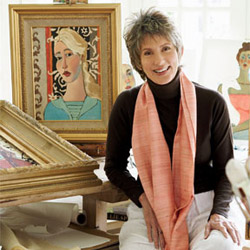 A Woman of Many Talents: Kathy Sosa

Artists and former advertising executives Lionel and Kathy Sosa might have invented a new concept. The house they renovated downtown at 126 Lavaca St. is a little gem, where art, living quarters and a business showroom coexist in perfect functional and aesthetic... 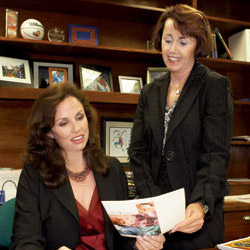 It's hard not to notice professional athletes, with their penchant for high-profile lifestyles and ability to make more money in one year than most of us will acquire in a lifetime. There's no doubt they work hard to get where they are. But for every successful pro... 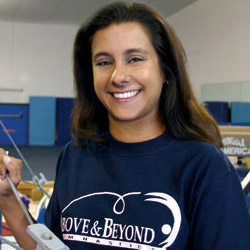 Above & Beyond: Amy Cardwell

There are no mean girls in this gymnastics class, no queen bees or wannabes. Most are around 9 years old, wearing blue velveteen leotards. As the six girls work through stretching exercises to prepare them for floor routines, they encourage each other. "Good job!"... 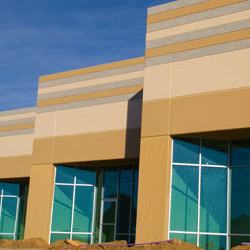 One sure barometer of economic health is real estate. The chain works something like this: Homes get built, and commercial enterprises come in to serve the population. Jobs are created, money changes hands, and the city thrives from the business and sales tax...