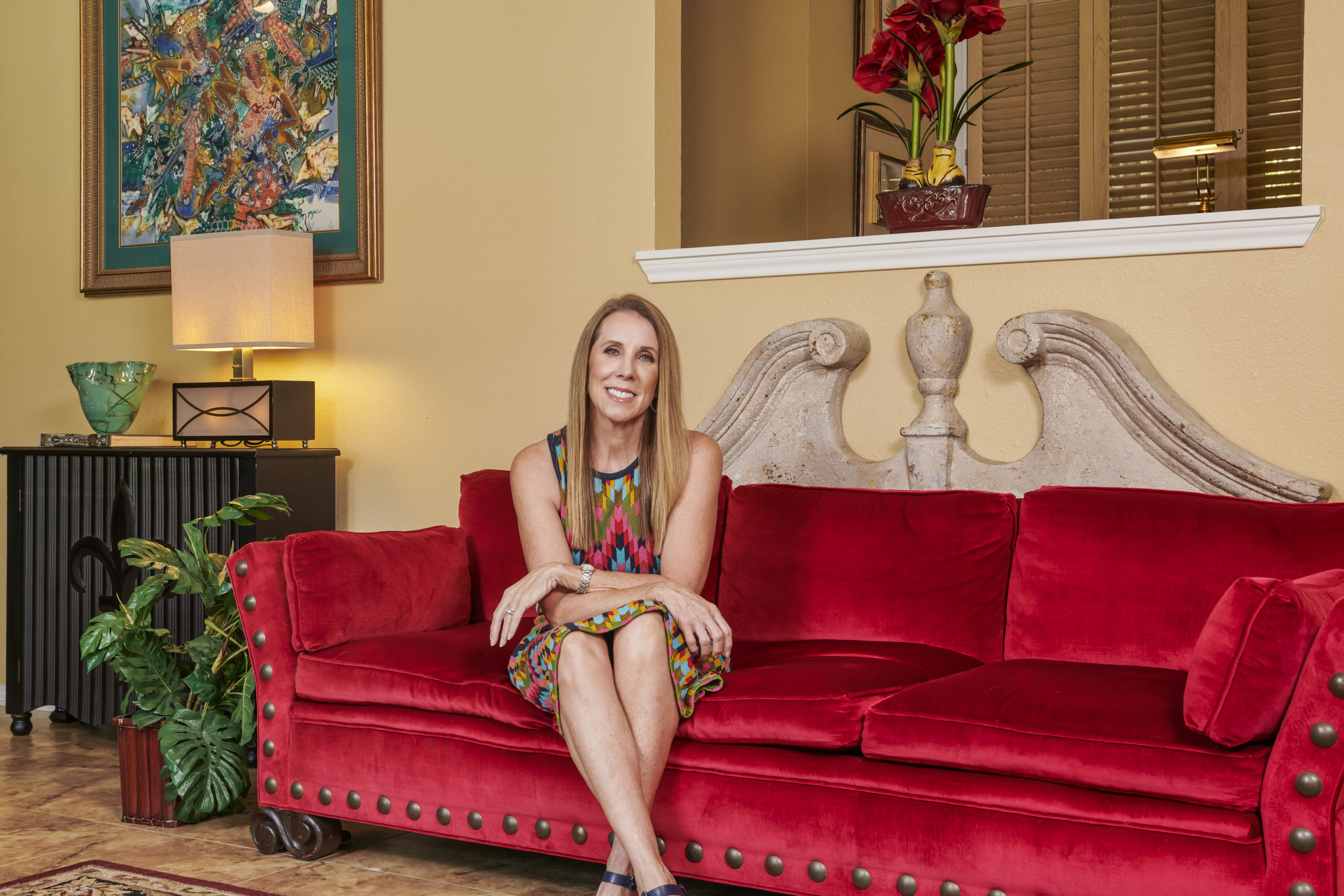 Forging Her Way through Adversity with Advocacy

Lisa Fullerton, President and CEO of A Novel Idea, is the force behind the irresistible, mouthwatering delicacies that lure you to the must-have pretzels and Cinnabons in spots like the San Antonio International Airport, North Star Mall, Ingram Park Mall, and The Shops at La Cantera. 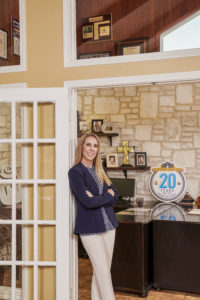 A Novel Idea (ANI) was established as the entity operating six Auntie Anne’s Pretzels and Cinnabon franchises in San Antonio on September 15, 2000. Like everyone else, Fullerton falls victim to the intoxicating scent. “I worked in the stores for the first three years, every day. And that was sometimes my lunch and my dinner. But I can tell you, in 20 years it has not gotten old. I still eat pretzels and cinnamon rolls every time I walk into a store. But I work in the office, so I don’t have daily access,” she laughs.

Fullerton’s link to Auntie Anne’s pre-dates the existence ofthe popular franchise. She lived next door to the founder, “Auntie” Anne Beiler, in Round Rock in the mid-1980s. “Anne used to cut and perm my hair while serving me the same lemonade we sell today.”

The Beilers eventually moved, and Fullerton lost touch, but reconnected a decade later with Anne’s daughters when they moved back to Texas to open the first Austin mall store. “They were talking about their expansion plans in Austin and needed someone with experience in accounting and finance. I’ve always been very driven and not afraid to try new things, so I left my position at an international behavioral science firm to join Auntie Anne’s, helping sophisticate its accounting system and processes.” A year and a half later, she became a franchisee, ultimately landing her first location in North Star Mall, and relocated to San Antonio. 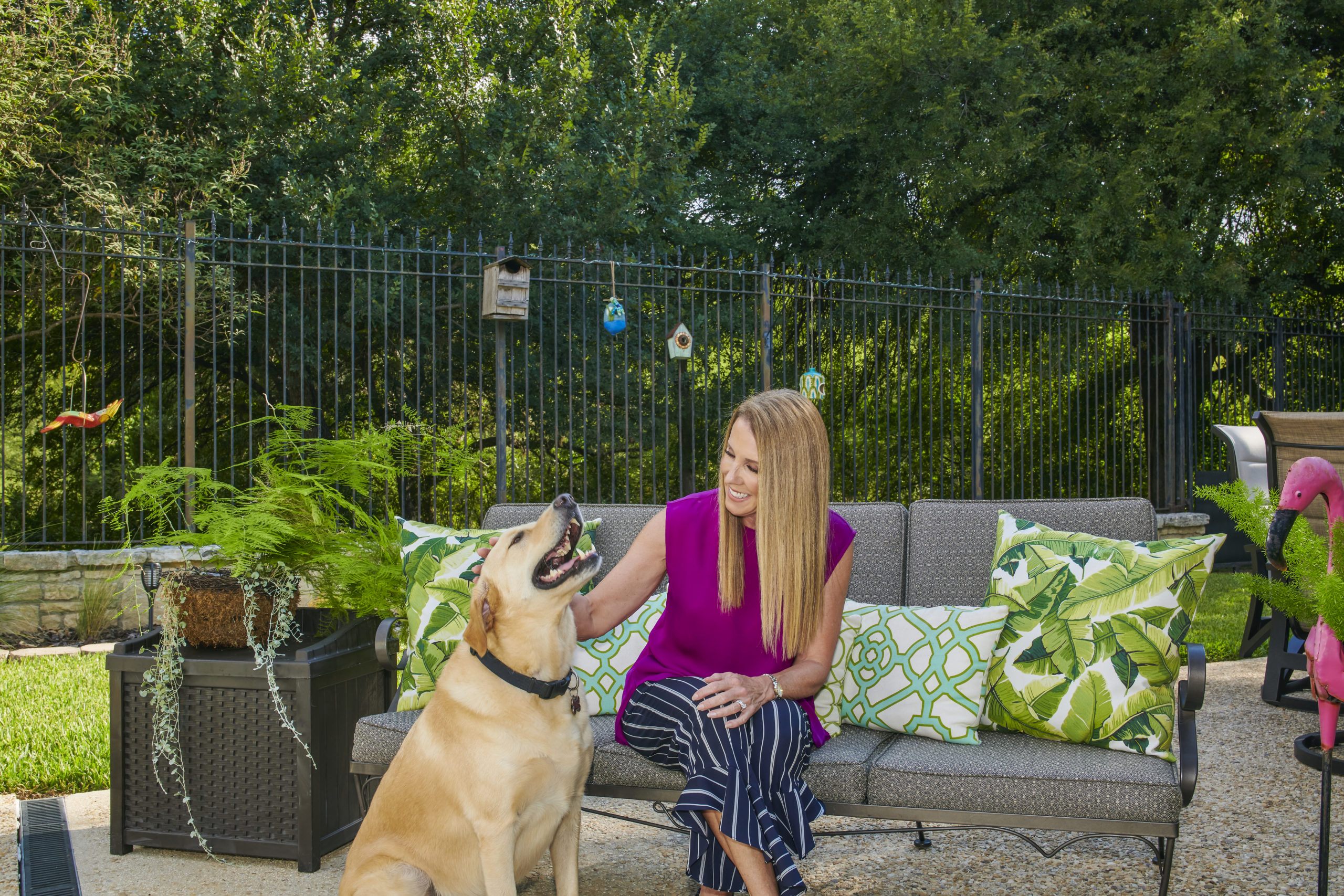 “I performed every function in the store while managing personnel, HR, accounting, and inventory. For the first three years, I worked 70-hour weeks because I prefer to lead by example – and that’s what it took.”

Making the leap into business ownership was a natural fit for Fullerton. “I love discovering alternatives or developing solutions that work. My favorite aspect of running a business is strategic planning. I’m often told that I’m tenacious, I don’t retreat from difficult situations and sometimes become intense. I prefer to think I’m solution-focused, and I’m a change agent. The more somebody doubts me, the more determined and motivated I am to succeed. I think that attribute has allowed me to stay relevant and remain in business for 20 years.

“The average lifespan of food/retail is 7-10 years. To beat those odds, you have to be tenacious and gritty. You’ve got to respond to some things you don’t want to respond to. Failure is not an option. I have too many people depending on me. During difficult times, the hardest part is just continuing to show up. I try not to be defeated by failure. I try to learn from it.“

That attitude has guided Fullerton’s approach to COVID-19. “The best aspect of a 20-year history is having the benefit of experience to navigate tough times. ANI survived 9-11, and thrived during the 2008 economic downturn, actually adding stores when others were closing. A survivalist has to find ways to reinvent themselves or take advantage of the opportunity of those downturns to ensure future sustainability.”

Fullerton’s husband Jim was part of the ANI team until he retired in 2017. Married for 13 years, the couple share five children between them, ranging in age from 25 to 50, as well as three grandchildren. The two love to ride motorcycles in the Hill Country and are avid world-travelers.

“I always loved how we managed to navigate a healthy work-life balance. Jim helps me normalize my life. When you work in a business environment that is open seven days a week, 365 days a year at the airport, and 362 days in our malls, it’s important to have the ability to shut it off. Because I am driven and goal-oriented, I can get tunnel vision. He’s helped me step away and realize the work will be there tomorrow. The sun always rises.

“It’s easy to allow a seven day work week to hijack my schedule, so I set my alarm early every morning to have dedicated devotional time. With a cup of coffee, Bible in hand, and my pets around my feet, I can ready for the new day’s challenges. It’s the most impactful way for me to stay anchored despite what’s happening in the world around me. If I oversleep, I can tell the difference.”

One of the ways Fullerton is navigating COVID is advocating for small business at the city, state, and national level.

“You hear the word ‘advocacy,’ and it’s scary and intimidating because it sounds like you need to be an expert at something that you’re advocating for or against. But advocacy is just stating your position and explaining unintended consequences. Advocacy is just people who are willing to stand up and tell their stories. Often, there are people who can mandate your business, who don’t even understand your business. So we must tell our stories to prevent some of those negative consequences from occurring.

“Just because I’ve been identified as a small business advocate, doesn’t mean I’m the smartest person about the issue at hand. It just means I’m a willing participant. As a result of my earlier conversations at the local and state level, I gained the confidence to speak with two U.S. Congressmen about the impact COVID had on those of us in the hospitality industry. Because I had developed a relationship with them over the years, I had access when it came time to discuss serious concerns when Congress was drafting the PPP criteria and the ensuing Flexibility Act.”

Fullerton currently serves on Governor Abbott’s Small Business Assistance Advisory Task Force and was appointed by Mayor Nirenberg to the Paid Sick Leave Advisory Commission in 2019. “It evolved from people asking, ‘How would this impact you, and will you share your story?’ So I went to Washington D.C. and discovered Legislators often had no idea of the adverse impact legislation had on their constituents. So I began being asked to share my experience and opinion more frequently. It shows the importance of sharing our story and the impact it can have on public policy.”

Because Fullerton believes in purposes greater than herself, one of ANI’s core values is to be intentionally charitable. “Auntie” Anne Beiler founded the company with a motto that reflected its purposeful community partnership: “We give, to get, to give again.” Knowing that a business can only give out of its surplus, it’s critical for ANI to be profitable and good stewards of its resources. Since 2011, ANI has raised and donated over $175,000.00 to two of its charitable partners:

Fullerton’s efforts to support and represent the small business community were recognized when she received the NFIB Small Business Champion Award in 2019 and the International Franchising Association “Give Back Award” in 2018.

While she didn’t plan on becoming a voice for small businesses, Fullerton believes it’s where she’s meant to be. “My dad’s favorite saying was ‘experience is not hereditary. So you have to forge your own way.’”

When asked to offer guidance to others considering starting a business, Fullerton offers, “Endeavor in something you enjoy enough that it doesn’t feel like it’s work. I’ve heard business owners say, ‘I tried to create a business out of my hobby, and all it did was ruin the hobby for me. I tried to make money off of something that was my outlet. And now, my outlet is what’s driving my time and energy. So it’s no longer my respite.’”

She also advises women to follow their instincts. “I’ve had a few leasing opportunities I felt pressured to accept that I knew in my gut weren’t right. And ultimately, we had to retire an underperforming store. My biggest regret – and most valuable lesson – was not listening to my gut when I should have.

No matter how successful she is today, Fullerton stays grounded by thinking of how it all started. “I have to remember how many people it took to get the business where it is today – the dedication of family in those early years, and our loyal customers. We are fortunate to have long-term staff I depend on who do much of the heavy lifting now. It’s because of them that I’m able to be proactive instead of reactive. I can afford the time spent on advocacy because I know the day-to-day operations are being run by exemplary, loyal and committed team members.”