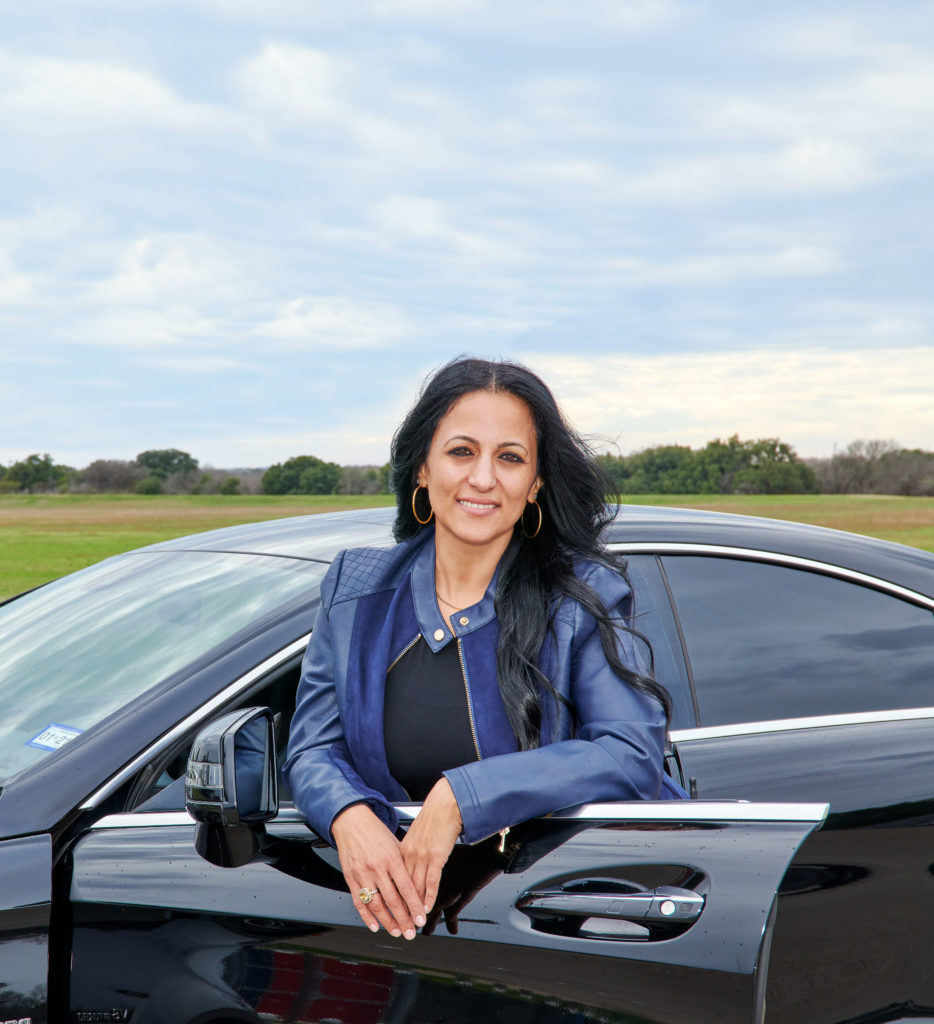 As Founder and CEO of MaxxMarka, Inc. Youssef oversees the company that specializes in automotive lubricants and equipment. You’ll find MaxxMarka products across the United States, as well as in Africa, Dubai, Kuwait, Saudi Arabia, Australia, New Zealand, Canada, and Mexico. And she’s not done. “We’re still working. We’re equipment only in some markets. Now we’ve got to work on the additives,” she smiles with confidence and determination.

How did she become the only woman leading an automotive aftermarket manufacturer? Blame it all on a car that was a lemon.

“It was a lemon. It was in the shop for three months. I was looking at my car and asked what’s all this fluid that’s dripping? It was everywhere. I asked the mechanics how they lived like that. ‘How do you work in this kind of environment?’” Her curiosity got the better of her and she started researching how automotive waste material, like lubricants and fluids that needed to be drained from cars, was disposed of.

“I found a machine that’s made in Japan. I actually ordered one and disassembled it just to see how it looked. It wasn’t a fit for the U.S. market. So we redesigned it to make it bigger, better, better capacity, more efficient. And we took it from there. I filed the patents on it.”

That was the first of six patents she holds, and the first piece of what was then a side job. Working with her then-husband while she continued to work full-time in banking, where she was a successful regional manager in Southern California.

She never had an interest in cars. That is until her curiosity got the better of her as she watched that lemon of a car drip all over the mechanics. “I knew there was a better way to do it.” 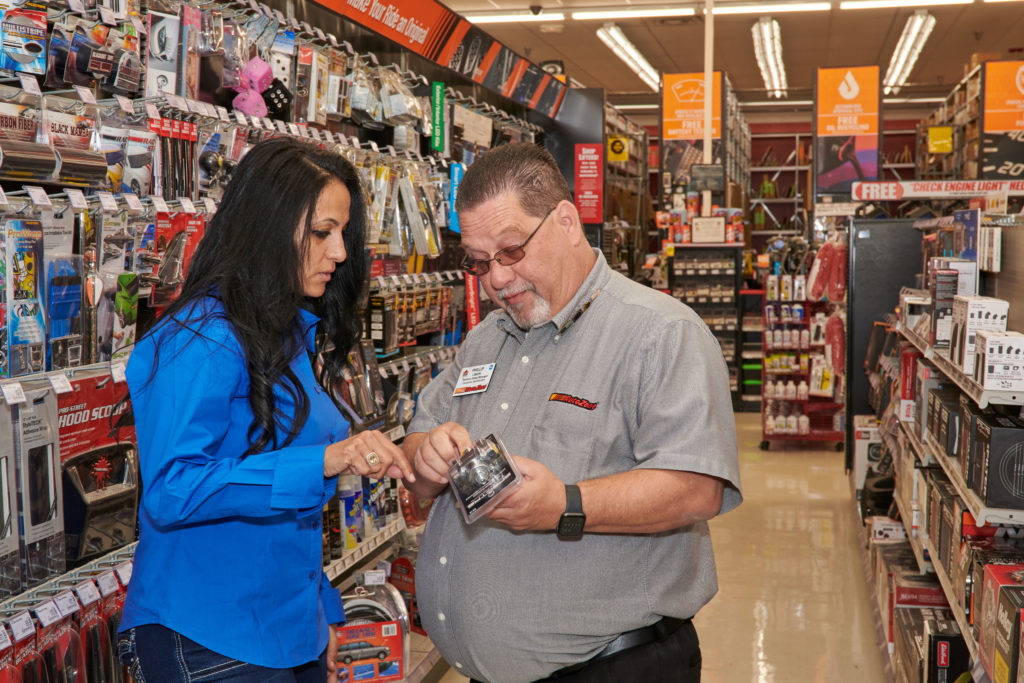 Once she had the equipment, she started knocking on doors. She grew the business from the ground up, seeing the market potential and finding a way to meet it. “We were strictly equipment, nothing more. But I didn’t want to be stuck to one product where you sell a one-time sale versus a residual. So I expanded the company from equipment to car care additives.”

And she didn’t take no for an answer. “I have a never quit attitude. Persistence is key. You have to be persistent. Determination, persistence and definitely execution. If you have determination, you can be persistent. If you don’t execute on it, you’re never going to be successful. And that’s the key for success.”

She credits her father for her entrepreneurial spirit. “My dad owned a real estate company and a construction company overseas. And when he came to the U.S., he wanted to start an accounting firm. Unfortunately, he passed away early, but I took it from there.

“My dad would be so proud of me for establishing such a successful business venture in such a male-dominated industry. If he was still here, he would be my biggest cheerleader” she smiles.

Family fuels Youssef, a now single mom to three children, Aboudi, Nora, and Omar. “That’s what shaped me, who I am today. Raising my children as a single mom and being able to establish this business was an obstacle. It was difficult, but I was able to get it done. I was just determined that I could do it.

I set a goal. I aimed for it and achieved it. No matter what obstacles I was facing, I have no option for failure. My only option is, I make it.

Along the way, San Antonio became home. Since MaxxMarka ships worldwide, shipping from a centrally located city was easier than the West Coast. “It was the center for everything, everywhere, even overseas. It was a perfect fit for us.”

But what truly sealed the deal was visiting a trade show and actually being in San Antonio. “I fell in love with the people. San Antonians are very family-oriented. And I loved how cordial, kind, and caring they were.”

No matter how busy MaxxMarka, Inc. is, family comes first. Her days start at 5 a.m., doing laundry and meal prepping before waking her children and getting them off to school. She’s in the office by 6:45, puts in a full day, then heads home to cook dinner, focus on the children, make sure homework is on track, and get them in bed by 8 p.m. When schoolwork demands it, her daughter is up until 10. Then it starts all over again the next day. 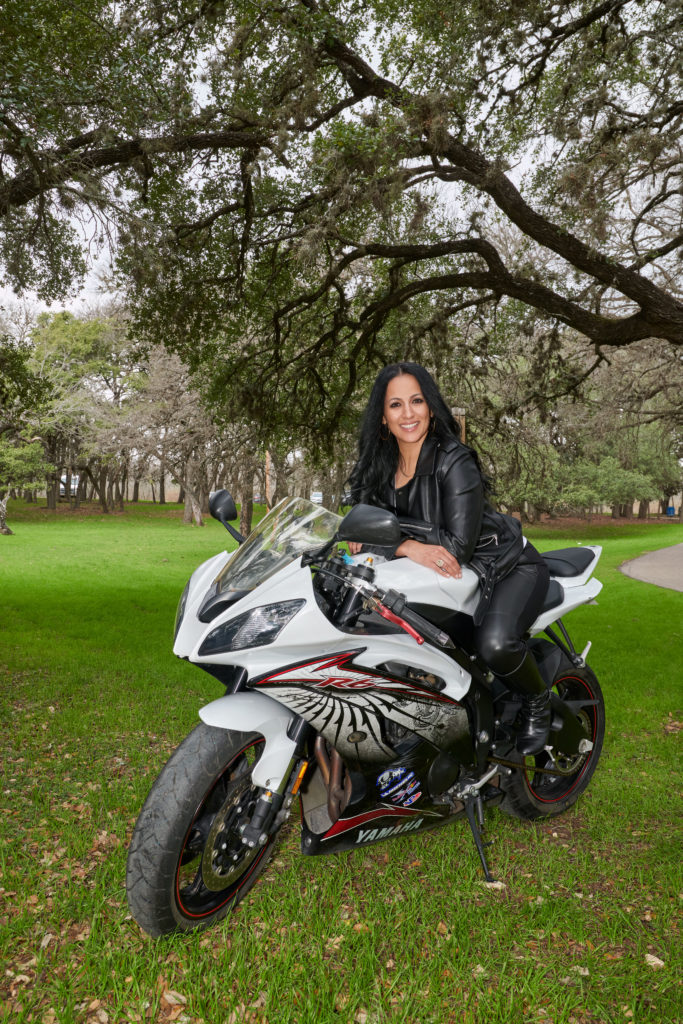 The native Egyptian’s commitment to her family is no doubt rooted in her path to the United States, a story that goes back to the Gulf War. Her father was working for an oil company in Kuwait before the war started. “He told us to leave. Well, mom said no, we’re not leaving without you. Dad got caught, captured as a prisoner of war and he was in jail.”

As she details Iraqi tanks, packing quickly and getting on the last flight out of Kuwait to Egypt, it’s hard to imagine how the then 14-year-old Youssef managed it all. She tells the story as if it were yesterday, an indication of how fresh it remains in her mind. Her father ultimately escaped, survived being shot during the escape, and made it out to Egypt. But he realized it wasn’t the best place for the family and managed to get Youssef a student Visa so she could join her older brother in school in the United States. Due to her age, her mother and younger sister were able to accompany her.

That was all in 1990. It took years for her father to make it out to join them, and even more time for her to become a U.S. citizen. Her naturalization ceremony was in 2013.

The story leaves no doubt as to where Youssef got her dogged determination, something she has used to carve her path in the male-dominated automotive industry. “I would advise a woman that if she is interested in a business and there’s no space for her, start from the bottom and work your way up. It’s going to be a challenge because you will get a lot of nos. She needs to stand her ground. And if she has enough knowledge and experience to be in that industry, keep on trucking, don’t let anything stop you.

“But the most important part: she better know what she’s talking about because they will judge her, try to put her in her place. If you have a passion, if you have a ton of experience, knowledge, tools, resources, you keep ongoing. She needs to be strong, with determined persistence and execution with lots of backup of knowledge and experience.” 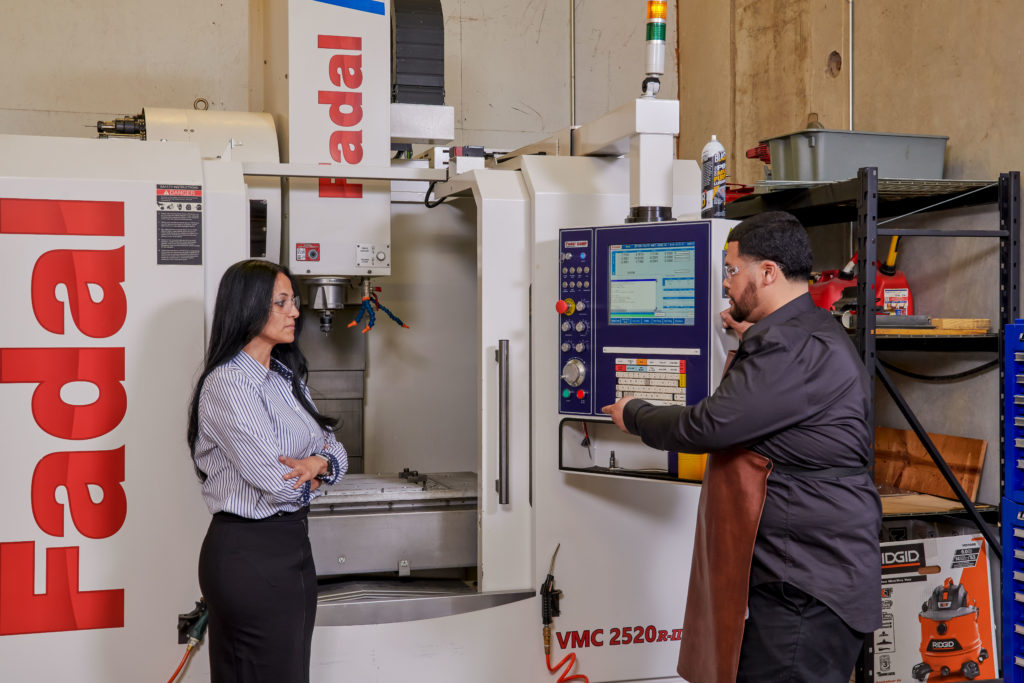 Even with all of her success, Youssef still tackles doubters. “People assume I’m the sales manager. That I am running the company or that there’s a different head of corporate headquarters somewhere in a different state.”

To keep everything balanced, she tries to get outside as much as possible. “I love being outside. I love nature.”

She also uses her commute to focus. “It gives me time to think, meditate, and plan for the day. And I’m very optimistic every morning. I know there is so much that’s going to happen during a day.”

At times, her commute includes her children. “They already work here at the company. They’re here in the summer, during Christmas, spring break. They work here, they work just like everybody and they get paid.

“I want them to be successful in life, breaking barriers to achieve their ultimate goal. I hope my children will continue and surpass my legacy. It’s what I have started for them, so they don’t struggle in life.”

We imagine that’s just what Youssef’s father had in mind all those years ago too. 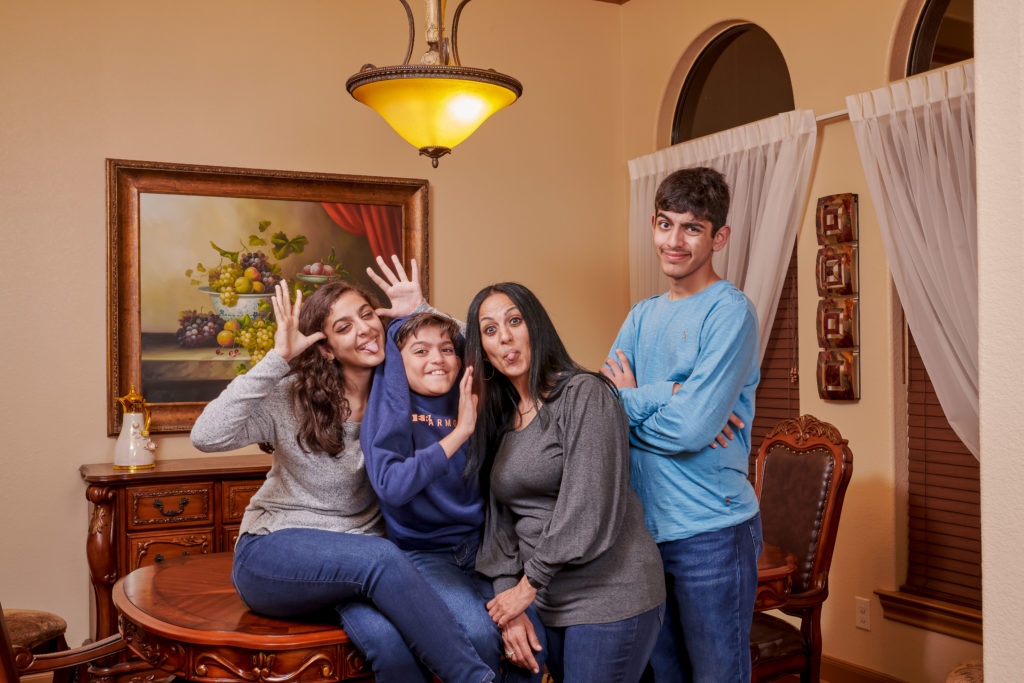