How to Make a Pumpkin Succulent Centerpiece 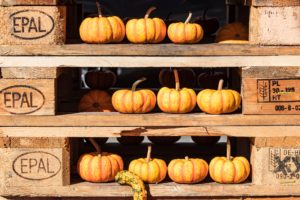 The first week of October is winding down, and what a celebratory week it has been.

First of all, Monday was October 1, which isn’t actually a national holiday but really, really should be. Although there’s no telling when humanity’s collective obsession with fall began, there’s absolutely nothing wrong with bringing on all things autumn, including pumpkins, sweaters and cooler temperatures. Especially cooler temperatures.

Next, we had October 3, which, if you were alive and aware in the early 2000s, you will recognize as National Mean Girls Day, in honor of the classic, still-hilarious Lindsay Lohan movie that we all fell in love with. How fitting that it fell on Wednesday, because, as you know, on Wednesdays we wear pink.

Finally, on Thursday we celebrated National Taco Day. I don’t know about you, but tacos are literally my favorite meal on this planet. Breakfast tacos, traditional tacos, weird, new-age, hipster tacos… Whatever kind of taco it is, I’m probably down to eat it. Especially living in San Antonio, we have no shortage of these delicious, tortilla-wrapped creations to choose from.

Even if this week’s holidays haven’t been particularly inspiring for you, it’s still nice to be winding down into the weekend, and here at SA Woman, we are all about celebrating the little things. If that means recovering after a crazy week with a good craft project to brighten up the home or office, maybe with a good fall-inspired cocktail on hand, then who are we to say no? Since fall is officially here, try out this easy, weekend-friendly DIY project to spruce up your home, dinner table or even your work desk for the new season.

How to Make a Pumpkin Succulent Centerpiece 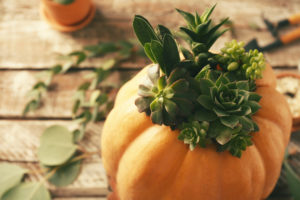 That’s it! A super-easy, totally adorable fall centerpiece that is low maintenance (think: spritz with water once a week to keep it fresh) and will last you through the autumn season. You can do this with any size pumpkin, just adjust the number/size of succulents you are using to go with the size of your gourd.