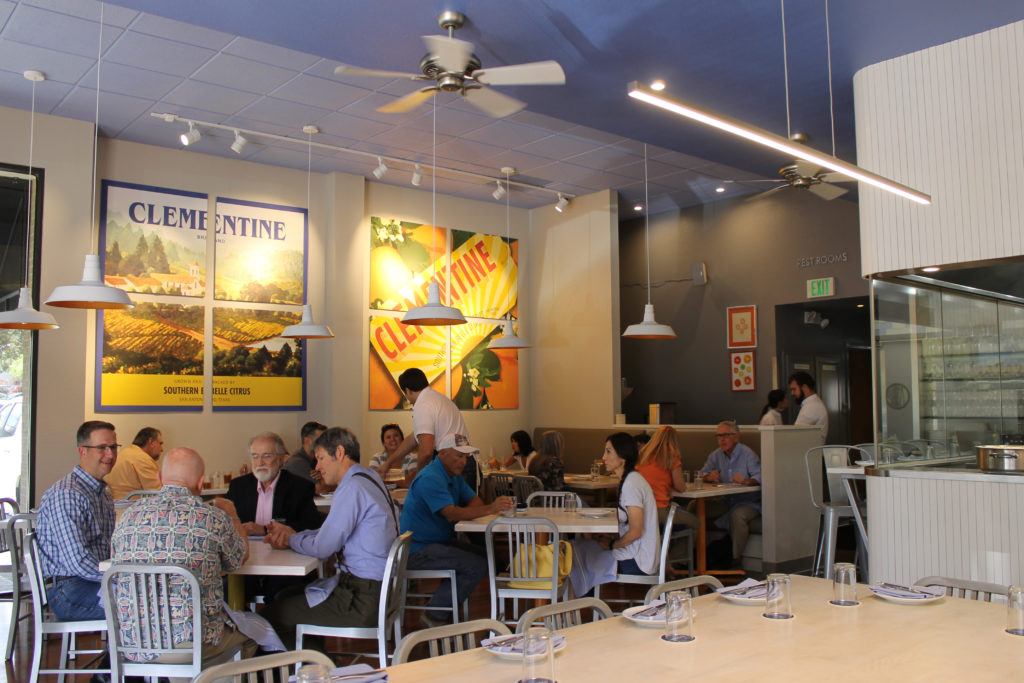 Hard work has paid off for husband and wife chef duo John and Elise Russ, co-owners of the neighborhood restaurant Clementine. For a restaurant that has only been open since January, this San Antonio dining destination had already landed on multiple diners’ choice lists on Open Table by July. Diners have recognized Clementine’s classic American cuisine updated with southern flavors as one of the best places to eat in San Antonio, with a list of awards and recognitions already under its belt.

The couple chose their restaurant’s name after seeing a clementine tree growing out of a crack in the parking lot of a potential restaurant space. Their 50-seat restaurant has quickly taken root in Castle Hills after they transformed what was once an IHOP Express into a welcoming space. The large botanical clementine drawing accents the bright interior of white-washed wood and calming shades of blues and grays. In addition to smaller tables, Clementine has a community table as well as banquette seating, both of which provide views of the open kitchen. The restaurant hits that perfect balance between casual and elegant dining, with food and impeccable service to match. 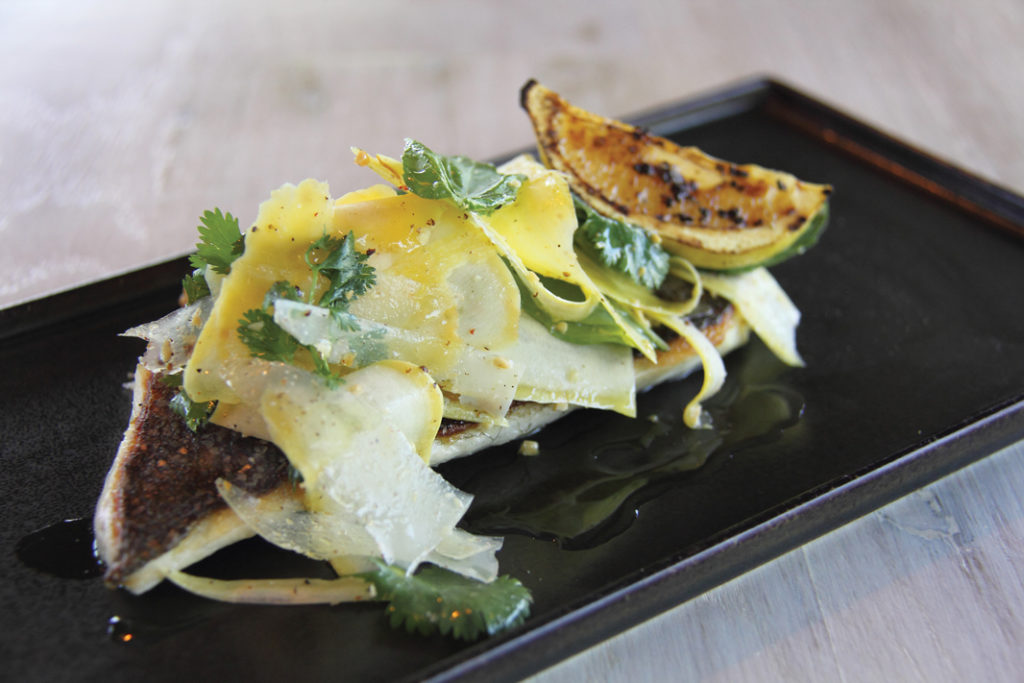 John and Elise first met in St. Michaels, Maryland, while working at The Inn at Perry Cabin. Elise’s father served as general manager, while John was the executive sous chef and Elise was pastry chef. The Russes have spent a year fine-tuning their restaurant concept, featuring Southern flavors and a fresh take on using vegetable ingredients. Their training and experience shows in everything from the house made pasta and sauces to freshly prepared ice cream and beautifully composed desserts.

“We take the classics and reinterpret them,” Elise said. “I like classic combinations that are updated with local ingredients.”

As seasons change, the chefs are creative in substituting ingredients or creating new dishes that showcase local produce at their peak, relying on John’s sense of flavors and Elise’s experience as a vegetarian. Clementine offers some of the most skilled vegetable preparations to be found in San Antonio. A personal favorite is Clementine’s perfectly prepared grilled artichoke draped in garlicky butter, a great excuse to eat with your hands in public. 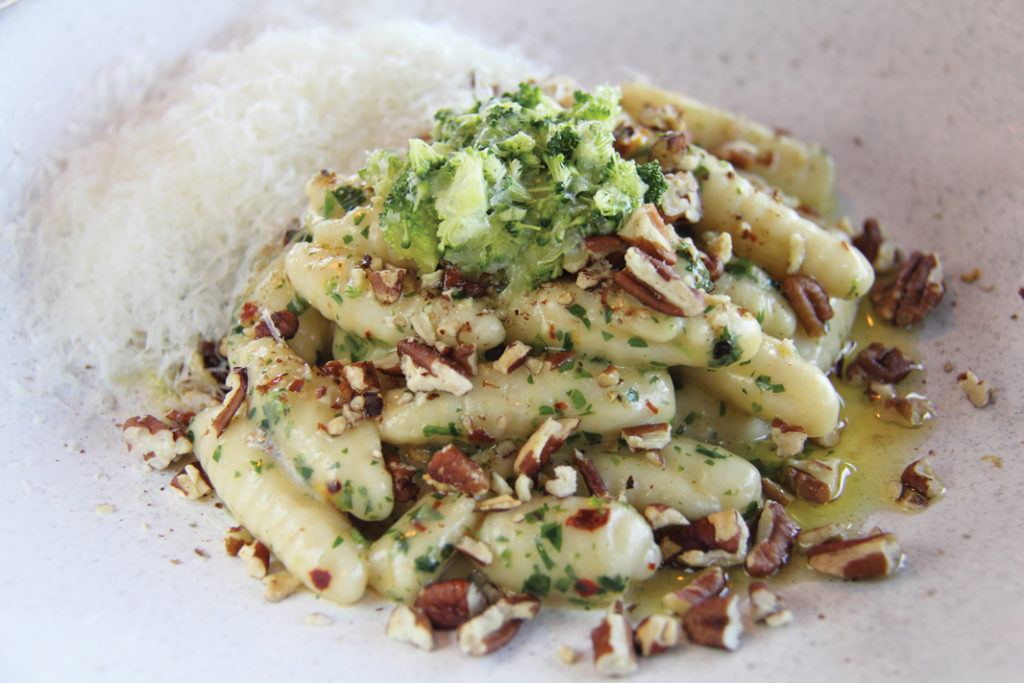 “We watch closely what farmers offer and present what is best during the season,” John said. “It has to be food we want to eat ourselves.”

For guests who appreciate skillfully prepared desserts, they will benefit from pastry chef and co-owner Elise’s training and expertise in European pastry and chocolate arts. The chocolate Clementine crunch bar is a light chocolate caramel mousse on a hazelnut feuilletine crunch base enrobed in more chocolate and accompanied by clementine sherbet made in-house. Summer Fredericksburg peach crumble is well matched by Elise’s amaretto ice cream and almond streusel. 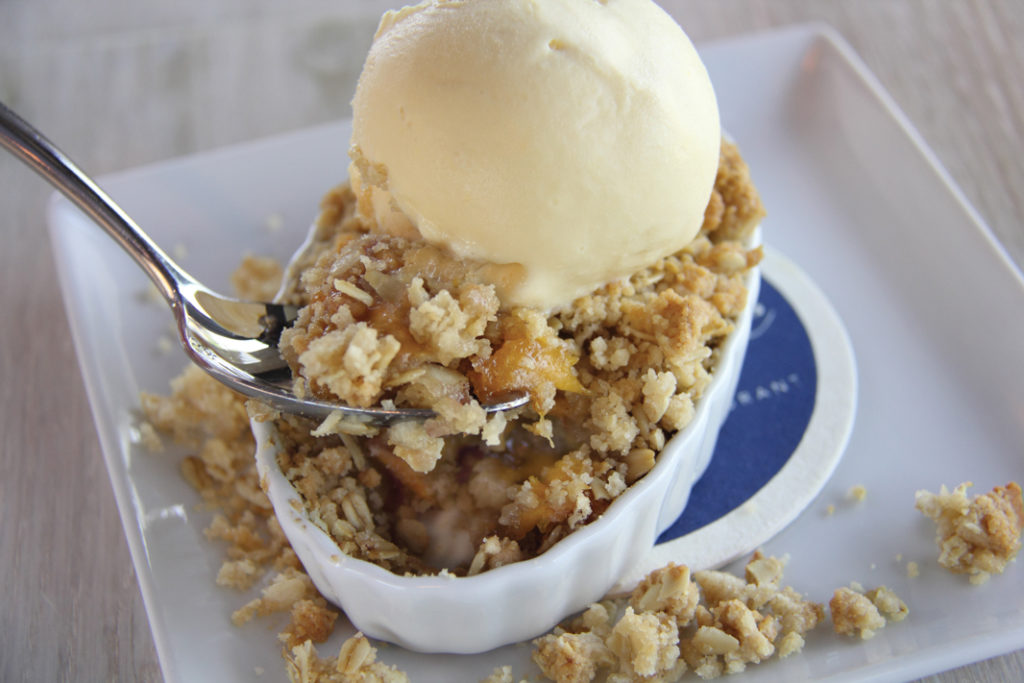 Clementine offers a “Feed Me” option, in which guests leave the decision making up to Chef Russ to create a custom, seasonally-influenced menu at the cost of $48 per guest (based on entire table participation). Each dish is a right-sized portion that leaves diners satisfied, not overwhelmed.

To quench guests’ thirst, Clementine serves a small selection of wines and beers chosen to pair with the food. Most offerings are little known “hidden gems” selected by Clementine’s knowledgeable staff.

“We built the menu and paired it with wines that are not widely offered but are available locally,” John said. “We offer wines that go well with food but are not well-known, like Aligoté.” 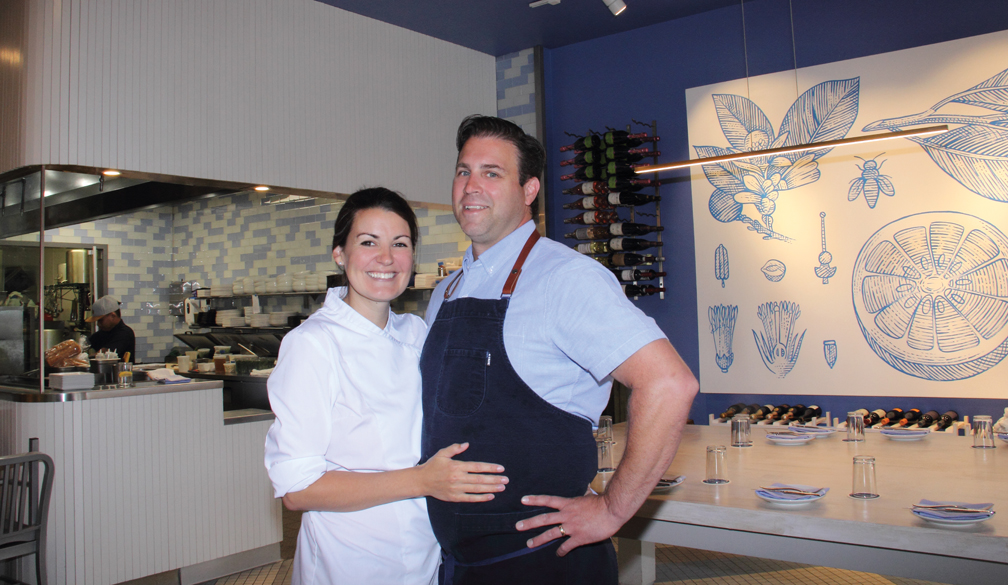 The chefs aim to integrate every element of the diner’s experience, from wines to menu choices to desserts. For those inspired by the wine served with dinner, the restaurant also has a retail liquor license and will sell wines directly to diners.

“I know when I want wine sometimes the [liquor] store is closed, so it’s convenient to be able to enjoy a meal here with us and go home with a bottle or more of your favorite wines,” Elise said.

Clementine is blooming as a centrally located dining choice for lunch or dinner with ample free parking. As the menu changes with the seasons, there will always be a reason to return for new dining experiences.

“We want people to feel comfortable, that every part of their experience, from wine choices to dessert, has been addressed,” John said. “Paying attention to your guests is the most important thing, because consistency is your job security.” 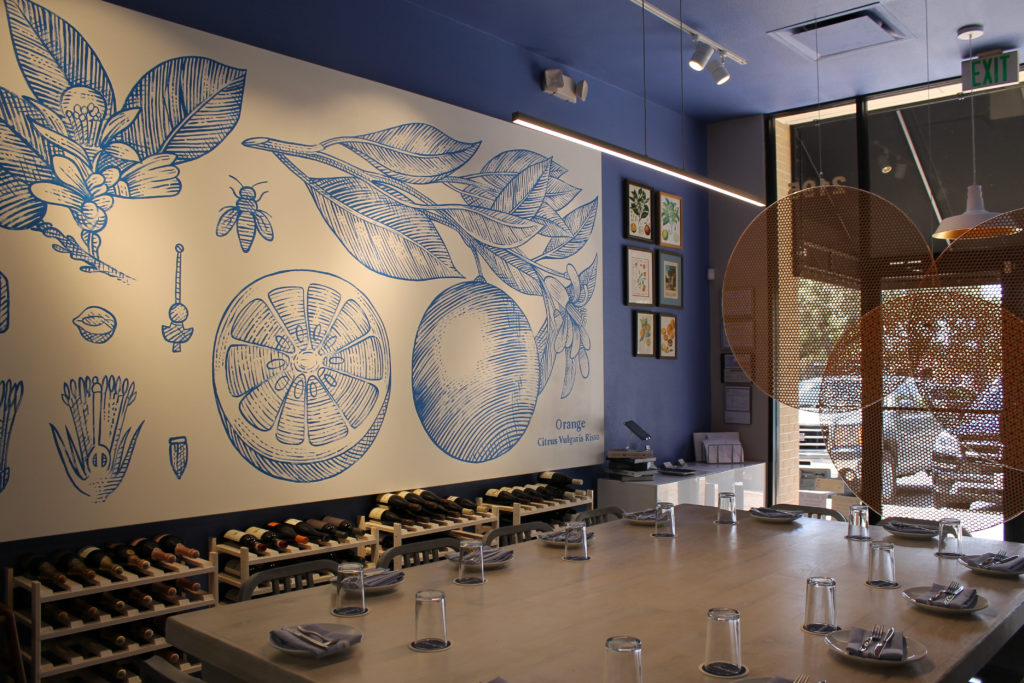 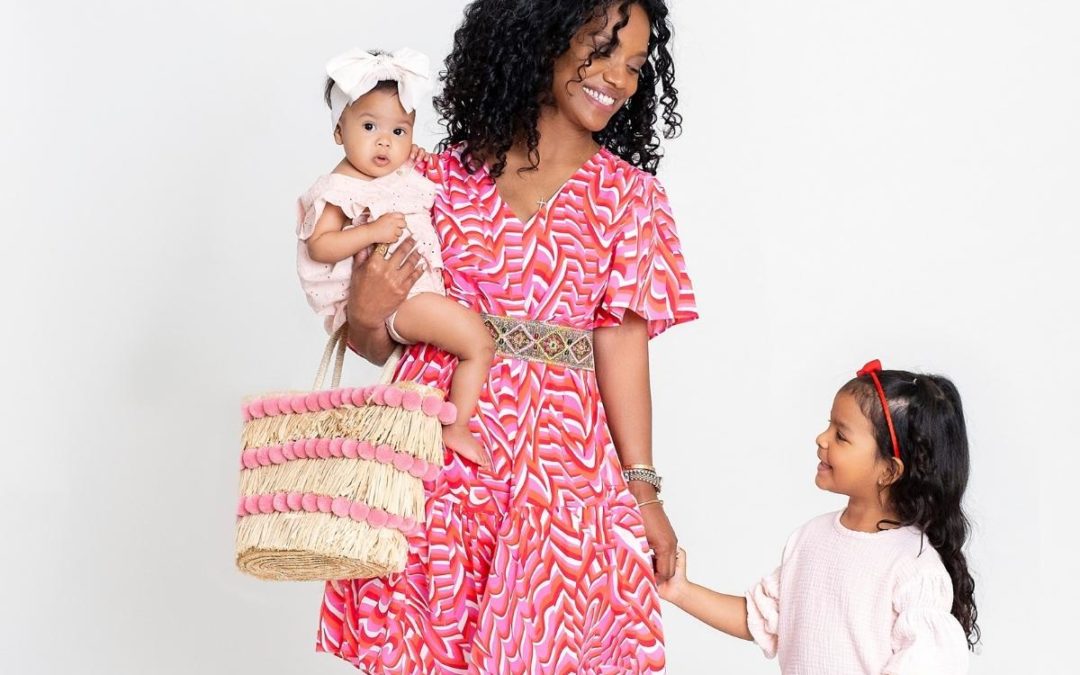