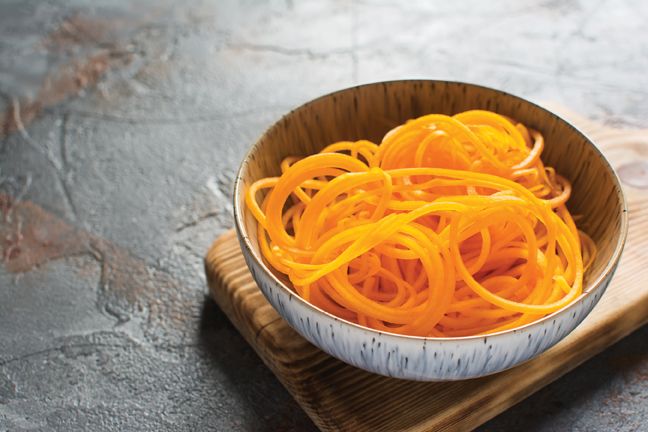 When it comes to the iconic vegetables of the fall garden, pumpkins and winter squash should be on the list of most south-central Texas gardeners. Just a few healthy squash plants will reward you with an abundant harvest over the course of San Antonio’s long growing season.

Summer squash are those types eaten when the fruit is immature and the skin tender, such as zucchini, yellow crook and patty pan squash. It is the winter squash that have thicker skins and are best planted in early fall. Winter squash should mature on the plant before harvest. They usually have hard flesh that is best when baked and are typically mild flavored. Unlike summer squash, winter squash will keep from two to six months or more depending on the variety and storage conditions.

Pumpkins and squash belong to the same Cucurbitaceae family of plants and botanically are considered fruits. There are so many choices of winter squash and pumpkins for a fall garden, from the versatile acorn and butternut squash to the classic Cinderella pumpkins or distinctly shaped turban squashes.

Room, Sun and Moisture
The first requirement for growing squash is space – they need lots of it. Luckily, it only takes a few plants to feed a family. Squash grows best in full sun, in well-drained, sandy, fertile soils with a pH between 6.0 and 6.5, and ideally in soils with lots oforganic matter. Spread two to three inches of organic material such as compost, leaves, or rotted hay over the planting area, then till to mix into the top eight to 10 inches of soil.

Squash fall into two distinct categories: ones that grow like a bush, such as zucchini, and vining squash. Bush squash are more compact to grow and tend to mature more quickly – between 75 and 85 days for most varieties, compared to more than 100 days for vining squash like pumpkins. Be sure to plant seeds in late summer so the squash will mature in time before the first killing frost – typically around Thanksgiving for our area.

A bush squash typically takes up an area no bigger than three feet by three feet. You can fit three hills of bush squash with two or three plants per hill in a four-by-eight-feet bed. The vining types, such as Hubbard or Acorn, need more room. Plant vining squash in a hill 18 to 48 inches apart in rows three to eight feet apart. When planting seeds for either type of squash, plant five or six seeds about one inch deep in each hill. Make sure the soil is moist enough for seed germination. Once the seeds sprout, thin out the weaker seedlings by pinching them off at the soil level, so there are three vigorously growing squash plants per hill.

Always harvest squash once mature so plants will keep producing. Harvest winter squash when they are full-sized and the skin is hard. The bottom of the fruit should be cream/orange colored. A light frost will not damage fruits of winter squash. Squash is best when cut, not pulled, from the vine.

and Good for You, Too
Butternut, Acorn, Buttercup, Delicata, Spaghetti, Table Queen, Hubbard and Calabaza are among the many squash that thrive in Texas. If you are short on space, train vining squash and smaller pumpkins to climb on a fence or trellis.

Pumpkins range from miniatures weighing in at less than a pound at about the size of your fist to giant pumpkins worthy of competition. Citrus-sized pumpkins like Jack Be Little, a flatter orange miniature, can climb a fence.

Commonly found in grocery stores around Halloween, Baby Boo tiny white pumpkins add a nice touch to indoor décor that can last until Christmas. Small pumpkins like Baby Bear are only slightly larger than most muskmelons and have an attractive, rounded shape. Try hollowing them out to use as a soup bowl for Thanksgiving.

Pumpkins and squash are a good source of vitamins A, B, C and E, as well as iron, trace minerals magnesium, phosphorus, potassium, copper, and manganese, and plenty of filling fiber. If peeling, coring and dicing hard squash is not for you, most grocery stores stock diced butternut squash ready to go.

If you’re looking for a healthy alternative to pasta, try using spaghetti squash instead. It provides twice the potassium and six times the vitamin A, but only half the calories of pasta. Cut the fruit in half lengthwise and clean the seeds out with an ice cream scoop to make the job easier. Place a half squash face-down in a glass baking dish with 1/4 inch of water. Cover with a plate or lid and microwave until the flesh lifts out easily with a fork.