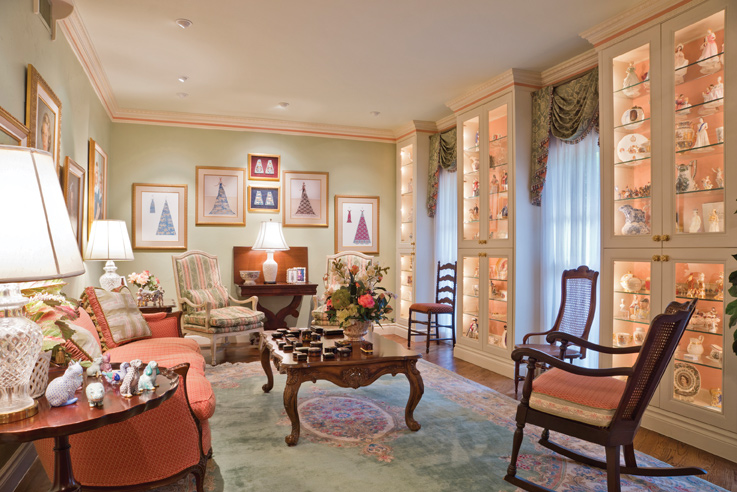 “Collect things you love, that are authentic to you, and your house becomes your story.” – Erin Flett, American Interior Designer

“I believe your home tells a story about who you are and who you aspire to be. We represent ourselves through the things we own. I don’t believe in trends. I believe in collecting things that you connect with. We should surround ourselves with things we care about, that have meaning.” – Nate Berkus, American Interior Designer

These two quotes perfectly describe the homeowners of a traditional brick two-story home on a tree-lined drive in Terrell Hills. Through a long and happy marriage, they have created a home first to raise their family and, later in life, to curate their extensive collections.

Derrick Dodge of Derrick Dodge Interior Design had the privilege of working with the couple through several renovations. They’ve become good friends over the years, and he’s been privy to many of their worldwide adventures. 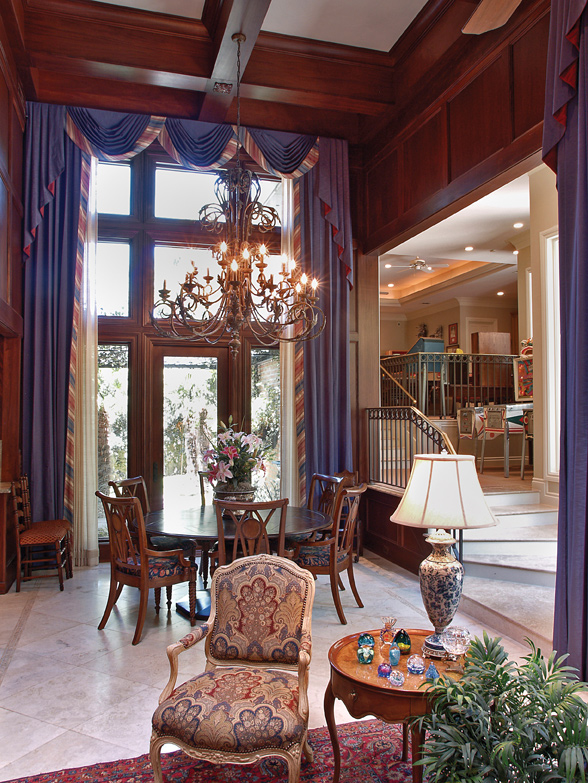 “These two are the nicest people you could ever hope to meet,” Dodge said. “They are very unpretentious. He is an Anglophile, meaning he loves all things English! He’s not only amassed an amazing collection of British monarchy items, he’s also made sure that each has the authentic signature of the monarch or royal family member associated with it.”

For years, all these items were housed nearby in two storage units. After their children were grown, the couple decided to remodel their kitchen and asked Derrick if he’d help. The late Ken Graves of Thorn+Graves Architects designed the addition, which quickly morphed from just a kitchen to three or four
thousand square feet of new living space.

“The homeowner told me he had a lot of collections he wanted to display,” Dodge said. “This included all the English items, signed watercolor etchings dating from the 17th century, baseball memorabilia and presidential items. I was overwhelmed when I saw it all. After a good deal of thought, I told them the priority of the design should be the collections, so lighting and cabinetry became the focus of the new rooms.”

Dodge divided up the collections according to type and created a room for each of them. The color schemes for the rooms were taken from the beautiful Persian rugs that covered the floors. 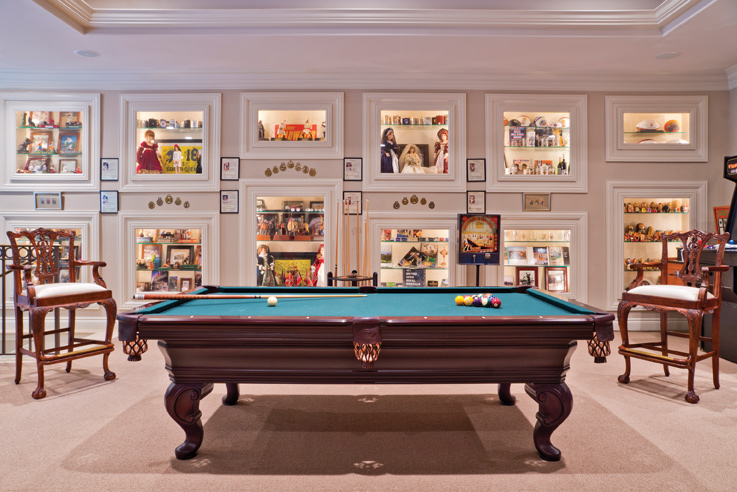 In the dining room, Dodge had taped up five variations of salmon-colored wallpaper and one of an ivory shade. He asked the wife which she’d like and she chose the ivory, wanting to play it safe.

“I told her no, a dining room should be dramatic!” Dodge said. “And we really needed to pick up the color in the carpet. We finally chose a salmon-damask wallpaper and hung salmon-colored draperies with teal accents. The colors bring out the tones in her china displayed in the china cabinet.”

“The family room has a 26-foot ceiling,” he continues. “We hung art in this room on the paneled walls from the floor to the ceiling. The pictures are all autographed and authenticated works of American presidents and British royalty.”

The formal living room takes its color scheme from the light green tones in the huge Persian rug. Dodge had carpenters build cabinets with glass shelves and special lighting to feature the wife’s porcelain collection. 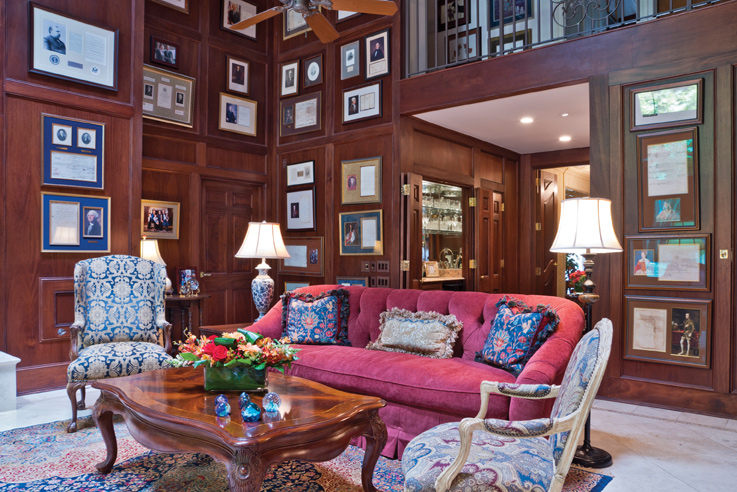 The upstairs game room centers on the pool table and the museum cabinetry that lines the walls. Here you’ll see dolls from around the world, a splendid Pez collection, a group of Russian Matryoshka dolls, autographed sports memorabilia – the list goes on.

“They have dozens of collections, but they didn’t collect just to acquire things. Every item has meaning to the husband and the wife. From the beginning to the end, I’m very happy with the result we achieved in this home,” Dodge said. “I’m glad those old boxes of collectibles found a home worthy of them.” 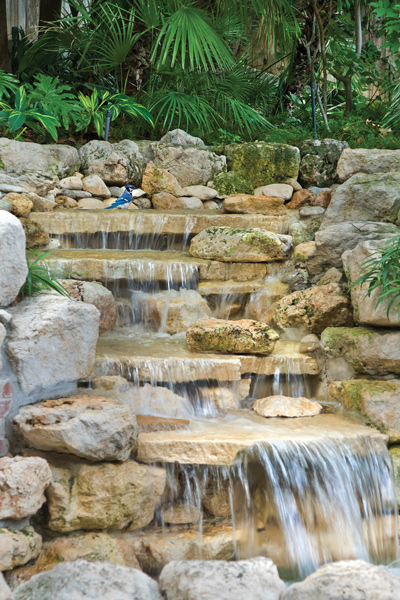