April Ancira: Ironwoman with a Soft Side 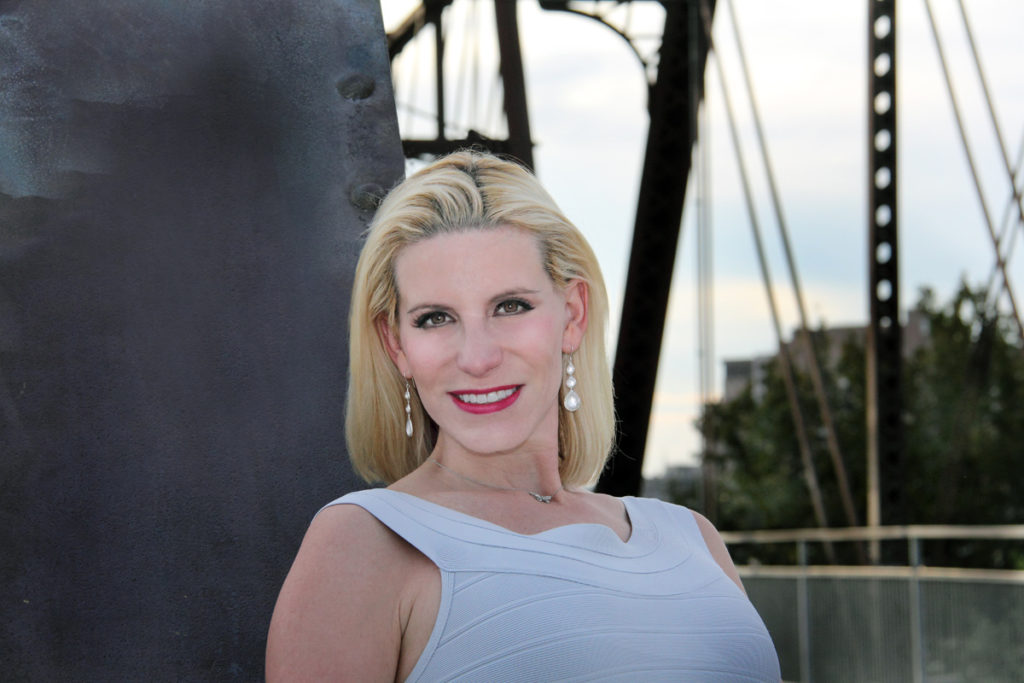 You have seen her on TV, spiritedly advertising the Ancira automotive offerings, and more recently hosting the weekly Arts show on KLRN, with that same high-energy style. Her name is April Ancira, and, yes, she’s the daughter of Ancira Auto Group founder Ernesto Ancira, but she has also been a vice-president of the company since 2007. Though she no longer handles the day-to-day nitty-gritty of business, she is very much involved with the “bigger picture” and community work.

As part of the “bigger picture” team, April participated in recent negotiations to purchase two Houston dealerships to add to the 11 the company already has, and she regularly gets involved in issues that affect the entire Ancira enterprise, such as large advertising packages, strategic changes, sponsorships and philanthropic activities. Given that the car business is always changing, staying on top of market trends is definitely part of her focus.

“The market has slowed down almost to the 2008 level for car sales,” she explains. “It had been at an artificial high for a while (following the slow recovery after the recession), so we knew that was not sustainable but it has slowed down more than we expected. So we have to adjust the way we do business. We have new cars and used cars, but nobody can make money on new cars because all new cars are the same. The Jeep Wrangler we have here is the same Jeep Wrangler a competitor has. However, each used car is unique, depending on how much it was driven, how well it was taken care of, etc. So we are redefining the ratio of used versus new cars to help us get through this downturn.”

She further explains that dealerships may even lose money on new cars because manufacturers set sales goals tied to special incentives but based on the previous year’s sales: “So if we sold, say, 200 of a particular model last year, they set a goal of 250, and if we sell those, then it will be 300, and it eventually becomes unsustainable. Clearly, we need to change this model of operation.”

Listening to her, one suddenly sees the car business from the other side of the typical car-buying experience that most of us are familiar with. April goes on to talk about other tricky situations dealers encounter, and you realize just how finely tuned the business must be in order to prosper. Clearly, manufacturers and dealers need each other, but “the partnership is an exciting one,” she says with a chuckle.

Customers are the other part of the equation. A family-run business that’s been around for 40 years appeals to people, she says. “I think that people perceive how much we care. We have an investment in this city and the people here. In fact, what’s beautiful in San Antonio is that a lot of the dealerships are family owned, and you don’t have that in a lot of other places. But we maximize that aspect; family members, including my children, are in our commercials. We want to send that message, that we are a family from here, and we are not going anywhere. The other, even more important thing for customers, is price, plain and simple. People often say that it’s customer service that counts the most, and that may indeed bring them back, but what brings them in in the first place are low prices. If we post a price that’s $100 less than our competitor’s, the phones ring all day. It’s another tricky dance to be always competitive.” In addition, the dealership is developing strategies for making sales transactions as easy as possible, leaving behind some traditional ways of doing business.

But business success depends also on the employees, and that’s where Ancira Auto Group excels. “We all come to work to better ourselves, and our goal is to be able to provide that environment for everybody,” says the upbeat VP. “We like to promote from within. I think 90 percent of our managers were salespeople before or started behind the parts counter. The employees can see that and realize, ‘Hey, if I work hard and stick it out, I get to be part of this company’s growth’ …“ When I was hiring a new manager for one of the stores, we interviewed 15 people, all from inside. It’s kind of exciting to have so many talented people to choose from right here!” 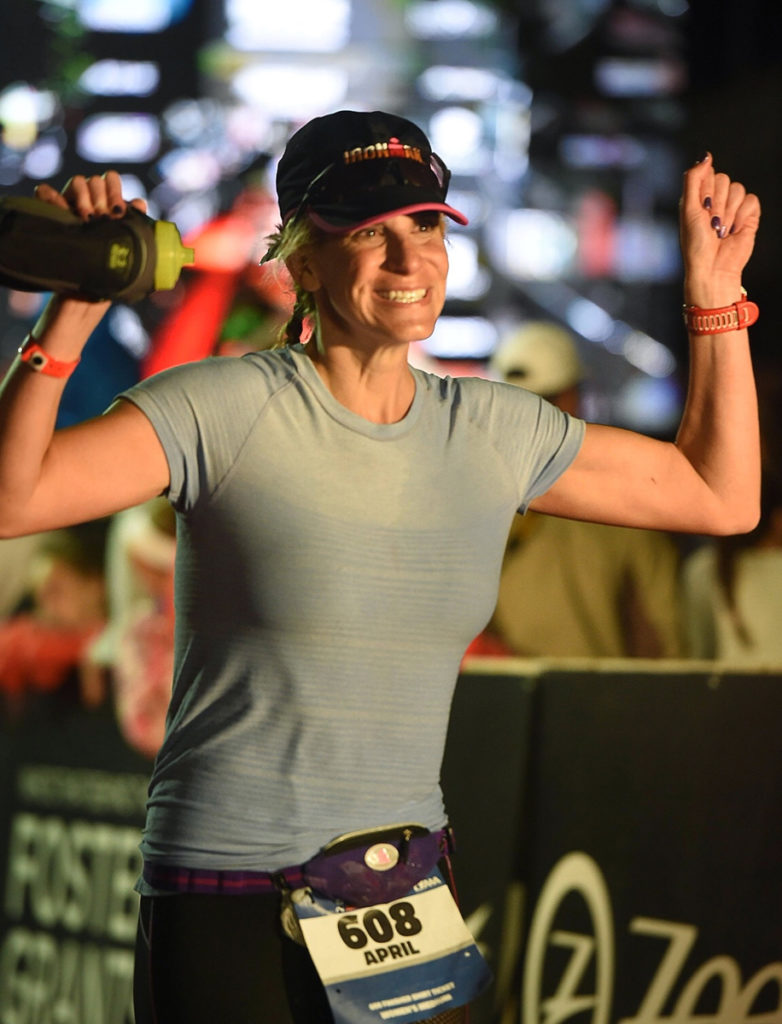 When the teenage April first got a summer job in her father’s company, filing and answering phones, she was “just going cross-eyed.” The car business was not for her, she thought, and she set her sights on Wall Street while studying marketing and finance at Trinity University. Her first car sales changed all of that. The new graduate was very nervous at first and didn’t even want to use her last name in the showroom. Then her first customer showed up, looking for a vehicle for his business. April showed him a Jeep Grand Cherokee and did whatever he asked for. She completed the paperwork sitting on the ground outside by a bench where the buyer was seated. The man came back the next day to purchase a second auto and told her that he was delighted by her efficient, straightforward handling of the previous transaction. He later sent her his sister, and the sister sent a friend. That was it. “I fell in love with it.”

To really learn the ropes, the young woman pursued an MBA at UTSA and decided to attend the National Auto Dealers Association Academy, where she also met her husband, Jason Thompson, who eventually followed her to San Antonio and is now a valuable member of the Ancira leadership team. Talking business at home is pretty much the norm in their household.

“It’s hard to know where work ends and family begins; the lines are completely blurred,” admits April. “We love what we do. This business is the family.” The couple have two children, now 7 and 4. She proudly reports that her 7-year-old son, who was born with club feet (later corrected), recently ran three miles with his daddy. And her daughter is becoming a little athlete, too, by trying to imitate her athletic mom’s training for the truly challenging Iron Man races.

April explained, “Ironman is a prime example of how you have no idea what you are capable of until you believe in yourself. When I began my post-baby fitness I became bored with the gym and began with a 5k race. Had someone told me then that I was capable of covering 140.6 miles in one day I would have laughed at them. After a 5k, I wanted to see if I could step up and I did a super short triathlon, after that I did a 10k. I continued to wonder how much more I could do and my journey began… 1/2 marathon, marathon, 1/2 Ironman, and finally the full 140.6 miles of swimming and biking and running. Ironman races are what continue to remind me that with hard work, focus and heart, I can achieve anything. Never under-estimate the power of human will.”

Perhaps the youngsters are also learning from their mom’s inclination to bring laughter into most situations. “Laughter cures everything,” says April in her forceful, confident way. “I find funny elements everywhere, no matter how grim the occasion may be. My best friends are a couple of comedians.”

Knowing April today, it’s hard to believe that she once was a shy little girl, but she says she was — so shy, in fact, that she wouldn’t even dial 411 for information. What helped her change was a college speech class that she forced herself to take. It turned out to be an impetus for seeking other challenges to conquer. “You only have one life, and you don’t want to have all these regrets at the end,” she notes.

Always seeking to stretch herself, she has increasingly been drawn to community work in recent years. Two charities that are “near and dear” to her heart in a special way are the Brighton Center, which provides developmental services for disabled children, and the ALS Association “for very personal reasons” — her dear grandmother suffered and died from the disease. April recalls a hospital visit with grandma when the latter asked her “to walk for ALS.” Walk participants raise money for the organization, and the determined April raised the most, $40,000, and got to cut the ribbon at the start of the event in front of her ailing grandmother. It’s a memory she cherishes.

She has now added Brighton’s board membership to her other volunteer responsibilities. “I always joke that I leave one board meeting early to be late to another one,” she comments, adding that after our interview she will be rushing to the Parks Foundation board meeting, which she chairs. Clearly, she finds fulfillment in helping others and wishes she and the company could do more: “I wish that someday Ancira will be big enough to play in the larger charitable arena. Look at the impact of Haven for Hope on the community! I would like us to be able to be that effective. That will be my long-term goal.” 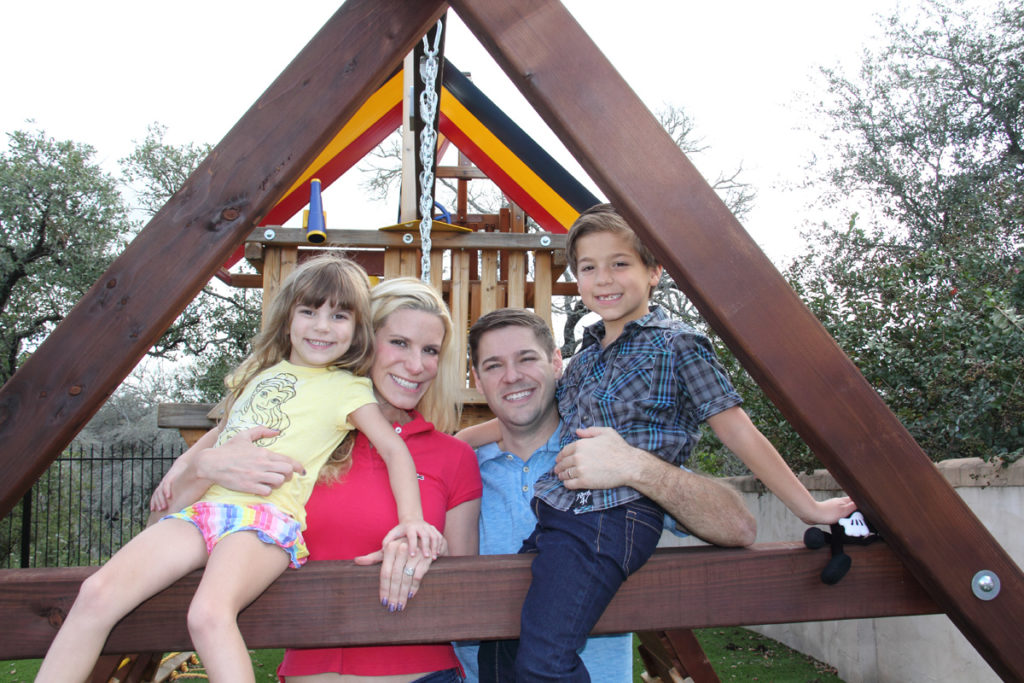