The Right Place, the Right Time and the Right Attitude 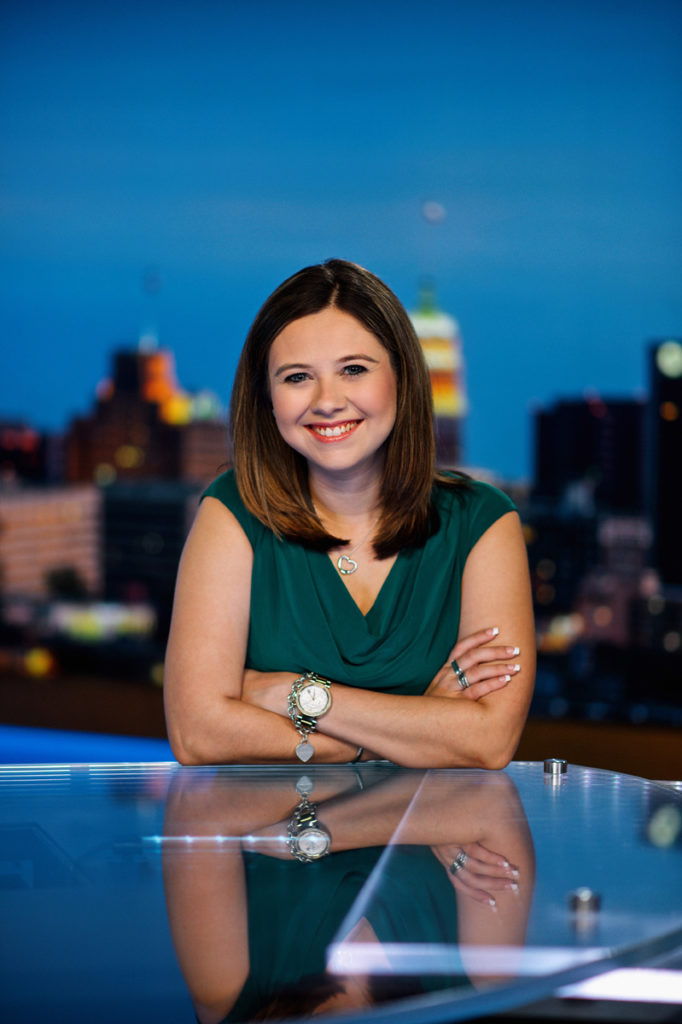 Stepping into your dream career while you’re still in high school sounds like a fairy tale, but for Alicia Guerrero, it’s a true news story. And she should know — as a producer at WOAI News 4 in San Antonio, she sees more than her share of news every day, working hard behind the scenes to help News 4 deliver the news viewers need to know.

“I’m so proud to be a part of this industry. Not a day goes by that I don’t think about the enormous responsibility we have to get the right, accurate information — to get the news to you that matters the most. That’s our goal every day,” she explains.

Guerrero started on the path to her current role after interning at the station during high school at San Antonio Christian School. She worked the station’s “Friday Night Fever” coverage, sometimes working Friday, Saturday and Sunday nights at the station before going back to school on Monday. “I didn’t look at going to the station as a job — I wanted to be here. It wasn’t an obligation, it was a joy,” she says.

But her career route wasn’t quite that simple. Baylor University was her dream school, but it didn’t offer a broadcast journalism degree. After a year, her love of news lured her to Trinity University, and the WOAI sports team welcomed her back as a college intern. She also worked as the Spurs Sports and Entertainment digital associate producer, creating content for the Spurs, Rampage and Stars websites, all before earning her bachelor’s degree. Her early entry into the industry gained her notice among “21 Rising Stars in their 20s in San Antonio” by the San Antonio Express-News.

As a producer, Guerrero is part of the team who put the newscast together. Her days start with editorial meetings, discussing story ideas and things the news staff needs to monitor. They then decide which stories to assign reporters, and while the reporters work the stories, Guerrero builds a rundown, laying out the actual newscast that viewers will see, before writing stories, building graphics and helping pull everything together for the broadcast.

But her advice to others gives a glimpse of the tenacity that put Guerrero on her successful career path, advice that she received from her own role model, her late grandmother: “Never give up. Never stop trying. Never stop working hard. Study your facts, study what you do. Love what you do, and don’t ever let someone tell you you can’t do something. Because you absolutely can. Never let anyone tell you you’re too young.”

At 25, Guerrero is one of the youngest members of the station’s news team, but she doesn’t let youth get in her way. “Don’t let anyone mistake your youth for a lack of knowledge or a lack of wisdom. Sometimes because you are young, you can bring a fresh perspective to the table, a view someone else may not have thought of. Don’t think that because you’re young, you don’t have something to contribute, ” she says.

She also believes you can never stop improving yourself. “Every day is another day to become the best version of who you are. At the end of the day, take away what you can and apply it to the next day.”

To keep honing her craft, Guerrero records newscasts and watches them at home, looking for ways to improve, while watching national outlets as well: “It’s a fair amount of learning and absorbing. What can I learn from them and how can I implement it?”

Thanks to the ever-changing nature of news, no two days are ever the same—and that’s what Guerrero loves. “Today is not the same as tomorrow or the one before it. You never know what’s going to happen. It never gets boring,” she comments.

That cycle can also be grueling, especially during breaking news. The station’s coverage of Hurricane Harvey kept the news team working around the clock. Guerrero even helped remotely produce a sister station’s broadcast in Beaumont, then spent a week there to help the exhausted crew get a break. “It was a challenge to make it all work, but I’m proud of how it all came together,” she says.

The San Antonio native can’t imagine herself in another career and doesn’t know what’s ahead or where she’ll be in 10 years, but that doesn’t concern her. “It’s OK to stop and enjoy where you are. Use that time to learn and prepare yourself so that when you see something you want to do, you’re ready.”