Robert Fleming has been in the restaurant business since the age of 13, when he got his first job as a dishwasher in a Chicago Greek steakhouse. Before long, he was recruited to help with food preparation, handling ducks and lobsters and fancy desserts. But he didn’t think of it as a career. In fact, in 1973 he moved to San Antonio to study accounting at St. Mary’s University, only to realize that his heart wasn’t in it. He wanted to be back in the kitchen, whipping up good food. So Fleming returned to Chicago to enroll in the Harper College’s culinary program and has never looked back.

Since then, he has had a multifaceted career in the hospitality industry as chef, restaurant manager, hotel general manager, VP of regional operations for a prominent hotel chain and restaurant owner. Over the years, he’s worked for the Hyatt, Sheraton, Hilton and Remington corporations, traveled a great deal and lived in several cities, including San Antonio. He spent six years in the Alamo City in the 1980s before leaving again, and finally returned for good in 1999. It was also in San Antonio that he met his wife, Sheila, with whom he has a daughter.

Seventeen years ago, he and Sheila decided to open the Magnolia Pancake Haus, a restaurant that serves only breakfast and lunch. San Antonians voted with their feet and wallets as they flocked to the eatery, willing to wait for a table, sometimes as long as an hour. Today, there are two locations, and the newer one on Huebner Road also includes the adjacent Magnolia Halle, an “urban barn” that has become a popular wedding reception venue. 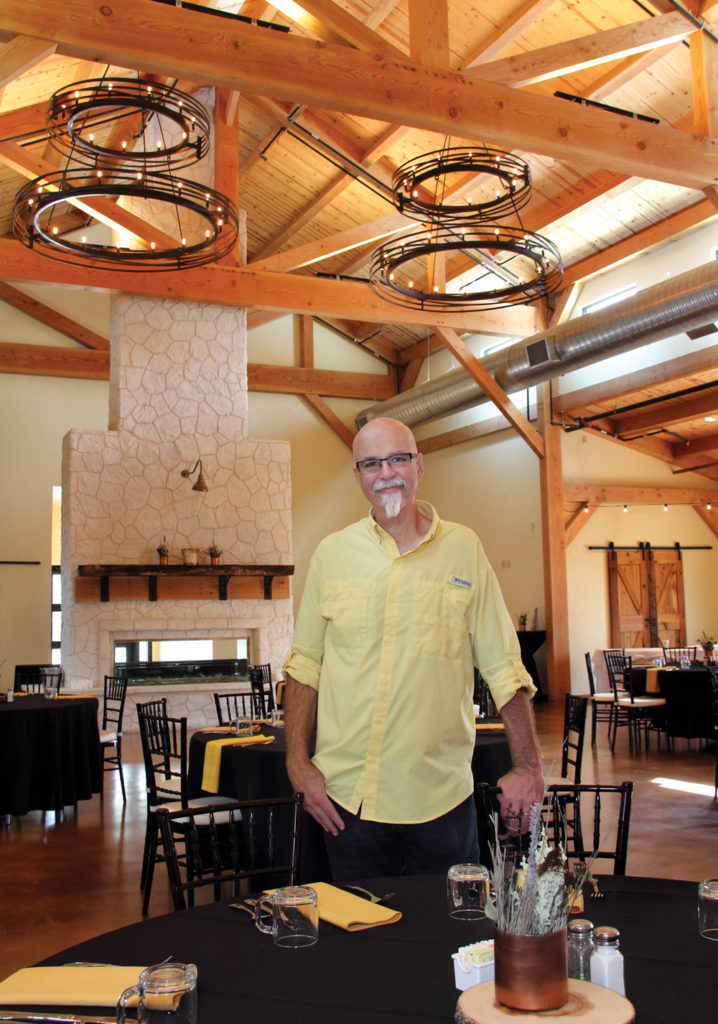 How did you get interested in cooking?
I come from a large Irish family in Chicago, and I was the second of seven children. When my mother was pregnant with her last child, doctors put her on bed rest. I was 9 years old. She would sit at the kitchen table and tell me how to chop onions or slice carrots or whatever. She walked me through whatever we were making for dinner that day. The very first thing I learned to make was spaghetti sauce. But she eventually taught me how to make stuffed tenderloin, herb-roasted chicken, pot roast and other dishes. It’s interesting that my youngest brother, the one she was pregnant with, is also a chef.

When did you decide that food and cooking would be your career?
I started working in restaurants when I was 13. My mother told me, “If you learn how to cook, you’ll never go hungry and you’ll always have a job.” All these years later, I think she was absolutely correct. But it was while I was at St. Mary’s University that I made the decision. I was spending more time helping in the cafeteria than attending classes, so one day the fellow who ran the food services there said, “You are pretty good at this. You may want to make it a career choice.” I took his advice and enrolled in culinary school in Chicago led by a guy who was a CIA (Culinary Institute of America) graduate.

You ran and owned several restaurants in San Antonio at different times before opening the Magnolia Pancake Haus. Tell us about them.
Yes, I opened a number of restaurants for other owners in the 1980s. Two were pretty well known at the time — Cyrano’s and Potpourri in the Elms (shopping center), which was a Louisiana-style restaurant, just when Cajun food started to get popular. Which led me to open my own first restaurant called Steamer’s Café, a little bistro specializing in Cajun and Creole cuisine. We were critically acclaimed but financially not very successful. At that point, I was only 30 and did not have much background in operating a business. The restaurant failed in 1988 when we had a severe economic downturn, and I went back into the hotel business in Minneapolis. I ran the Old Normandy Inn downtown and also the Sheraton Hotel at the airport. Later I went to work for the Remington hotels.

When I was at the Sheraton, the executive chef gave me the pancake recipe that we use today. He said, “You keep this; you’ll want it someday.” Those were his exact words.

Is that why you decided to open a breakfast place when you returned to San Antonio?
In 1998 I was downsized by the company I was working for in Dallas, and I didn’t really want to go to work for somebody else again. in 1999 Sheila and I moved back to San Antonio and decided to do this (The Magnolia restaurant.) I sure went looking for that recipe. From my time in the hotel business I knew that breakfast had great profit margins, and what also appealed to me is that I would be done every day at 2 o’clock in the afternoon, which meant I could go home and have dinner with my family.

To what do you attribute the restaurant’s extraordinary success?
We started this back in 2000 with two simple goals: to keep a roof over our heads and hopefully send our daughter to college. Well, we still have a roof over our heads, and our daughter has an MBA, so the restaurant has achieved everything that I set out to achieve (laughs) and has done a lot more. We’ve been very fortunate. To what do I attribute our success? First, the food is consistently top-notch; the service is pleasant, not overbearing, and we keep reinvesting in the restaurant to keep it fresh and up-to-date. We also use higher-quality products than our competitors. We make so much in-house. We make our own pancake syrup, we cure our own corned beef, we cure and smoke our own Canadian bacon, we make Italian sausage from scratch, and we crack fresh eggs. Others often use pre-cracked ones that they buy in cartons. About 90 percent of what is served here is made here.

You have also made an effort to eliminate harmful ingredients such as trans fats and high-fructose corn syrup, right?
About 10 years ago we went through the menu and eliminated all the ingredients that were not really a natural part of the food. Which is why we make so much from scratch. I have had my health struggles along the way, and I became much more aware of clean eating.

Shortly after we opened the restaurant, I found out I needed to have a triple bypass surgery at the age of 47. Then in 2009 I faced another struggle when I was diagnosed with stage-four cancer in my tongue. That was a tough fight, with a lot of chemotherapy and radiation, but the Lord blessed me with an incredible remission, and I have been cancer-free now for eight years. After that, we made an additional effort to make our food as scrubbed-up and clean as we could make it… Cancer saved my life! I weighed 300 pounds when I was diagnosed. (He is now very slim.)

What’s the most popular dish?
By and large, blueberry pancakes. Our corned beef hash is very popular, too, and our Eggs Benedict.

Where do you and your wife like to dine when you go out?
We like three or four restaurants that we go to on a regular basis. Piatti at the Quarry is one of them, and also Bliss, quite outstanding. For a more casual meal, we love the 410 Diner — good, wholesome food. 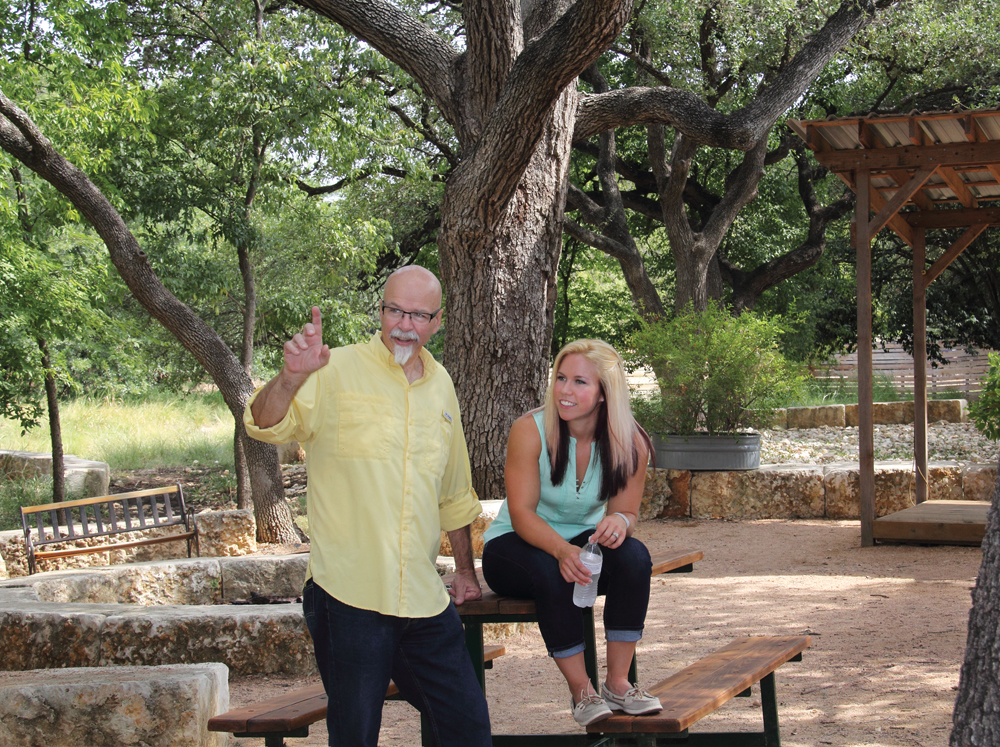