SA Mom Stands Against Cyberbullies in Honor of Her Son 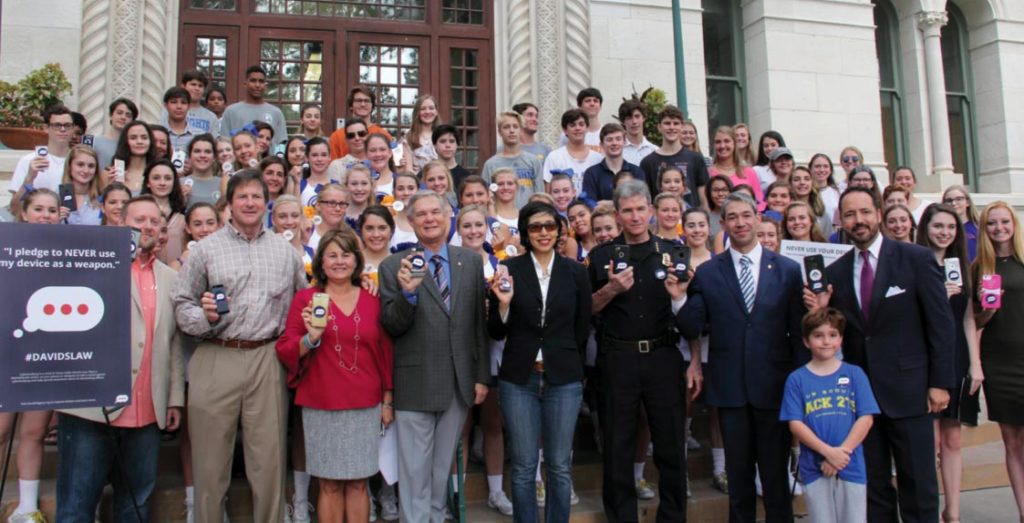 Traditionally, this time of year has brought joy for most families with school-aged children. The thrill of new books, inspirational teachers, football games and class parties has always created an excitement many hold on to throughout life. However, with the introduction of technology and social media, there are many families who face a new year with fear and trembling.

Educators have struggled with how to discipline cyberbullies and how to determine when the lines are crossed, but many families have lost their children when the bullying became too much to bear. Now one mom decided to step up and say, “ENOUGH.” After tragedy struck her family, and her son David was one of the victims who could not take any more, Maurine Molak became a warrior representing all of those lost in an attempt to bring cyberbullying to a halt in the public school systems.

“I was in a fog for at least four months after David’s death,” says Maurine, who also has two older sons. “I stared at the ceiling for weeks. I kept hoping that it had been a nightmare and that somehow I would wake up and find out that it did not happen.” As time wore on, Molak and her family were enraged and ready for things to change, so students would think twice about using their electronic devices as weapons against others.

The journey for change begins 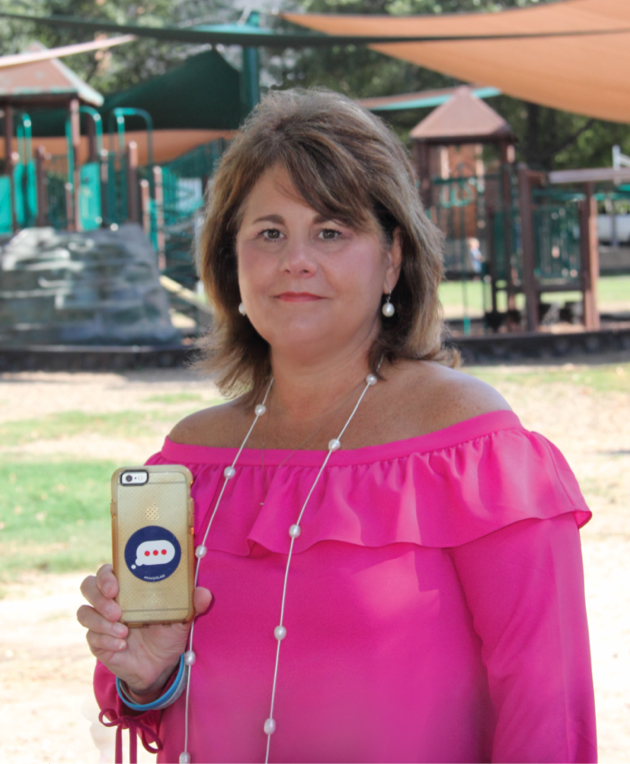 Just a day or two after David’s death, his older brothers, Cliff and Chris, posted a letter on Facebook about what happened to their family, expressing their grief and anger, while also offering insightful suggestions about how similar tragedies could be prevented by building character and a sense of accountability in young people from an early age. The tragedy prompted Cliff’s UT Health Science Center San Antonio med school classmates to start a GoFundMe campaign for an anti-bullying organization, explains Maurine, who wasn’t involved with any of it at the time. Close to $75,000 was raised within a very short time. “People from all over were reaching out to us and wanted to be a part of the solution to this epidemic,” she says.

The money helped Maurine, her husband, Matt, and their sons to set up the David’s Legacy Foundation (DLF), which is dedicated “to ending cyberbullying by educating communities about the harmful effect of cyberabuse, providing support for victims, promoting kindness and supporting legislation that prohibits cyberbullying of minors.” Other early supporters were state Sen. José Menendez and Rep. Ina Minjarez, who were already working on the beginning stages of legislation to prevent the cyberbullying of minors.

The prospect of working with lawmakers to protect other children from being victimized got Maurine “definitely out of bed. I had so many children and parents contacting me on my personal Facebook page who shared their similar stories of what we had been through. They expressed the same feelings of helplessness and hopelessness and talked about how it created a mental health crisis in their homes. To honor David, I knew I wanted to fight for all those families, so that no one would have to endure what we endured,” notes Maurine, who is now deeply involved with the foundation. Statistics show that some 35 percent of children in the U.S. say they have been bullied online. Other individuals with expertise in the law, education, IT, marketing and nonprofits volunteered to help as well. Former NEISD Superintendent Richard Middleton is a current board member.

The Molaks threw themselves into the work by talking to everyone who had a stake in this issue, from teachers, students and school boards, to police, mental health providers, and most importantly, legislators. “Our team worked countless hours to draft a law that would address these issues, draft after draft, meeting after meeting,” says Maurine. “We even hired a government affairs consultant out of Austin to guide us. Either Matt or I would go up to Austin to talk to various representatives about passing a law to curb cyberbullying, a bill with some real teeth, not just a feel-good one. We did that every week for months.”

The hardest part of the process was to fight against opposing groups that argued against the bill behind closed doors instead of in open hearings. “We were blindsided and disappointed by that,” she notes. “This was very personal to us, and we were going to fight for the strongest bill we could get. We didn’t give up even when things looked grim.” 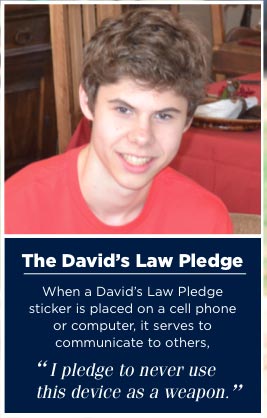 The climate for cyberbullying in Texas will change for the better this fall when the new law, named David’s Law after Maurine’s son, becomes operational. It’s a sad but also heartwarming example of how a tragedy can become a call to action, in this case to address the misuses of the internet and social media.

The Texas legislature passed David’s Law in May of this year, bringing a sense of relief to the Molaks and their supporters. It mandates that all public schools create anti-bullying policies, which include protection from abuse after school hours, as well as systems that allow students to anonymously report instances of bullying. In addition, victims’ parents must be informed about the abuse within three days, and in the most serious cases, the offense can be treated as a criminal offense.

To its credit, the Alamo Heights ISD, where David’s torment started, had already taken measures to educate students in digital citizenship, earning the recognition as a “Certified District: Digital Citizenship” from the national nonprofit Common Sense Education.

Since the passage of the law, DLF has launched the David’s Law pledge campaign to spread the word and encourage kids to put the pledge sticker on their digital devices. It says: “I pledge to NEVER use my device as a weapon.”

As for Maurine, she hopes that the law will be a deterrent, but that a culture of kindness will ultimately prevent cyberbullying from occurring in the first place: “I hope we all become proactive and that we’ll never need to apply this new law. The more people we can get on board to address this issue, the higher the chances are of creating a change in culture.”

Meet our first #WomanWednesday of the year, Meliss