Born in Colombia after his parents emigrated to this South American country from their native Hungary, Andujar moved to the United States as a young man to attend UT Austin, where he earned a degree in architectural engineering. Following graduation, in 1980 he got a job in San Antonio and made his home here for the next 30 years. During this time, Andujar held several different positions, including serving as group executive officer with the local office of 3D/International, then the third-largest architectural firm in the city. The firm later merged with the much larger Parsons Corporation, a design, construction and management company. Andujar stayed with Parsons and was eventually dispatched to Denver to oversee the expansion of that city’s airport.

But when the opportunity to lead the transformation of the Hemisfair Park presented itself, he was more than happy to return to San Antonio. He’s been at the helm of the huge project since 2011. Before any new construction could start, HPARC had to develop a master plan, take care of various logistics, look for potential private sector partners and secure initial funding. Right now, the most obvious changes in the park are the Yanaguana Garden, a large, well-equipped children’s playground; and the demolition of the western wing of the old Convention Center. During our conversation with the CEO, we could hear the happy voices of youngsters playing outside. 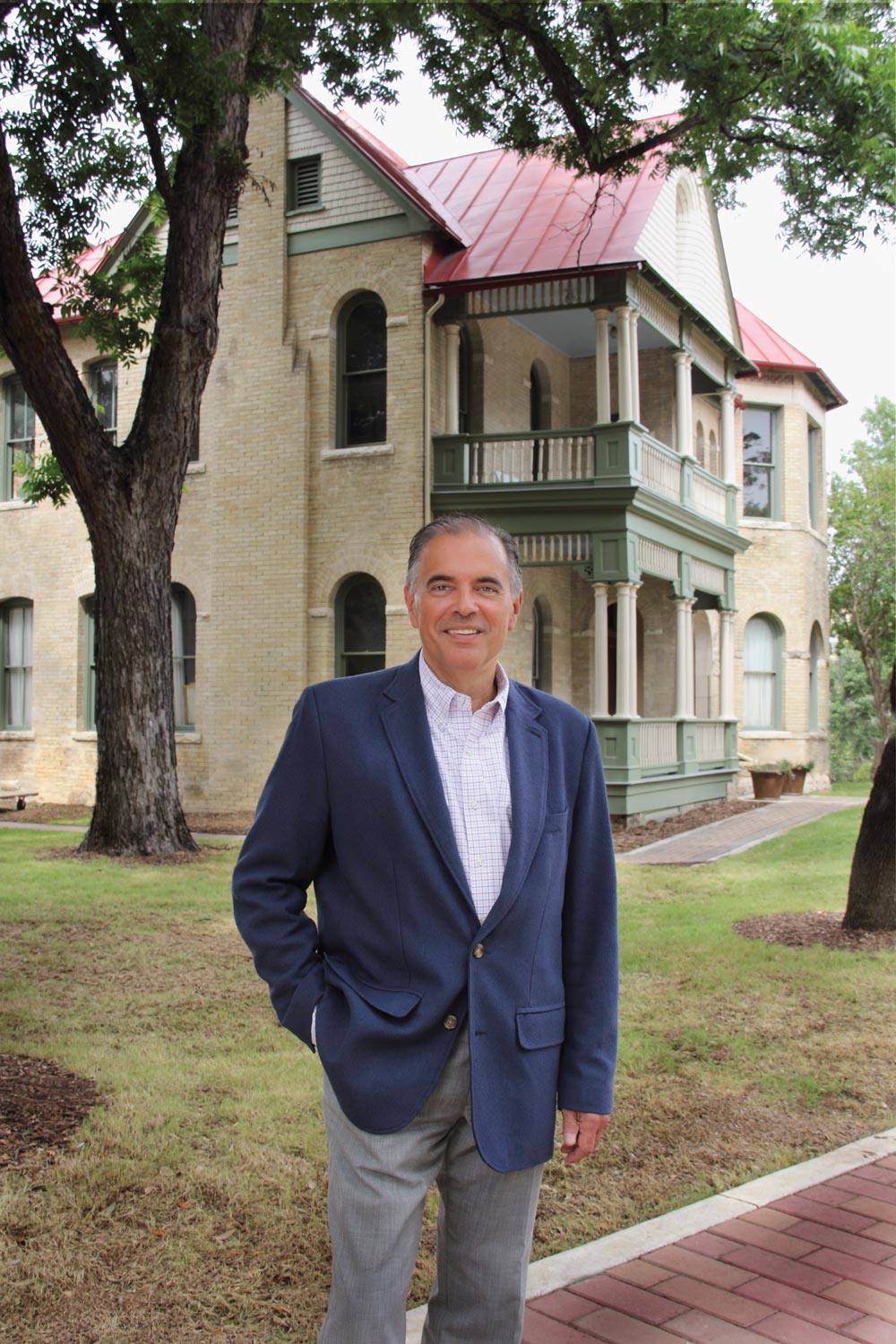 How would you summarize the vision behind the Hemisfair Park redevelopment?
The vision for the transformation of the 1968 world fair site is to bring it back to a neighborhood similar in density to what existed in the area before the fair. The new Hemisfair will be a vibrant urban oasis where locals will live, work and play, and everyone will be welcome. At completion, three unified parks will be surrounded by residences, offices, retail and parking. It will be a destination that attracts San Antonians from every corner of the city as well as visitors.

What attracted you to this job?
I felt that this idea of Hemisfair redevelopment could help transform San Antonio as a whole; that it could change how we feel about our community and engender a sense of pride in who we are. We believe that great cities have great urban parks, and Hemisfair is being set up to become that central park for our city. Our tagline is “Hemisfair — Where San Antonio Meets.”

The transformation is going to take place in three phases. Could you describe each one?
The Yanaguana Garden is part of phase 1, which we call the southwest zone. The Garden has been a huge success since it opened in October 2015. It has become the second most visited park per-acre in Texas, and people from all over San Antonio use it. In addition to the garden, there’s an acre of land that’s set aside for development in this zone. We have selected AREA Real Estate to build 150 units of housing, and the construction starts next week. (early June). The developer will invest $28 million, and they pay us rent for the land. This and other private-public partnerships are important because we’ll receive revenue to attain financial sustainability in order to operate and maintain the 19 acres of parkland. Also, 10 of the 24 historic houses on the property have been restored and will be leased to local businesses, such as CommonWealth Coffee & Bakery and Dough Pizzeria. One business has already opened, the restaurant Con Safos.

Phase 2 is the Civic Park, which will eventually have a better name. The 2017 bond program allocated $21 million toward the construction of this 9-acre park, but the total cost will be $60 million. The difference will be funded through a combination of philanthropic donations, tax credits and revenue. Adjacent to it is another private development, a much larger one, a $225 million development at the corner of S. Alamo and Market Streets to be built by the Zachry company. In addition to residences, there will be a hotel, a food hall, retail and office space. The construction will start in July of 2018.

Why not sooner?
The design will take that long, and also, we are going to have important celebrations in 2018 that will take place in the park. For these events, we will create a temporary lawn in the area. We have NCAA Men’s Final Four next March-April, the 50th anniversary of Hemisfair and the city’s tricentennial celebration in May of 2018. After that, we’ll start the building of the permanent park.

Who is designing the park, and when will it be completed?
It’s being designed by the Seattle-based firm Gustafson Guthrie Nichol (all three are women); they are amazing park designers. Kathryn Gustafson designed Princess Diana’s Memorial in London’s Hyde Park, among many other projects. Completion is expected in 2020.

And phase 3?
That will be the Tower Park, a more modest 5-acre community park that may feature a community garden. We are still figuring that out. We will begin the planning process by asking the community for its input. The Tower of the Americas is in that zone, so there’s already a tenant. The question is how that plays into the equation, what sort of development is possible and what the developers are interested in.

Let’s talk a bit about you. How did you pick UT of all the colleges in the U.S.?
My parents liked to have foreign exchange students stay with us. One of them was from Texas, and he and I became friends even though he was 21 and I was 13. He wanted to learn Spanish, and I was the boy in the family. We stayed in touch with him, and he sent information about UT to us. My parents liked the idea that he would be there to keep an eye on me. And I received a scholarship from the school.

Was it difficult to adjust to American culture?
Yes, hard. I spoke little English, and it was hard to make friends. I played in a band back home and had lots of friends. But school went well. Since I had no other activities, I studied all the time.

Do you have a favorite spot here in Hemisfair where you like to hang out?
Yes, in the Yanaguana Garden. We say it’s for everyone, “pre-K to gray” (he points to his hair, laughing). There’s a section with games for adults, ping-pong, chess, bocce ball. My favorite is playing ping-pong with people.

Are you happy with the overall progress of the Hemisfair project?
Oh, yes. Yesterday we received two awards from the Texas Public Works Association, one for the restoration of the historic homes, and the second one for the park streets. And the readers of the San Antonio Current voted Yanaguana the “best playground” in the city. Everything’s coming along well. I think that our greatest competitive advantage has been thoughtfulness… We take the time to think through every step and put strategies in place to execute a world-class development that’s not only beautiful but also financially self-sustainable.

*Mr. Andujar’s comments have been edited for publication.