A Media Leader for the 21st Century: Susan Pape

One question Susan Lynch Pape frequently gets is, “Are you healthy?”

The query is not about her personal health but about the San Antonio Express-News, the 150-year-old newspaper that Pape now leads as its top executive. The answer: “Yes, we are. I intend to be here a long time. This appointment is more like a Supreme Court appointment. I am going to be here until I die.” She is joking, of course, but the longevity part is meant seriously. Her commitment to the city’s only major daily is a mission she’s pledged to.

Before she was named publisher in September 2016, Pape spent 12 years at E-N, first as its chief financial officer and more recently as the COO, and she has a deep understanding of the organization’s role in the life of the city. “The Express-News is a legacy business in San Antonio that has a well-established place in the community,” she says. “The publisher must appreciate the paper’s history but also lead it into the future by building upon that legacy. The question is how do we do that in a more fragmented marketplace of today?”

Her strategy to reach this goal involves increasing E-N’s visibility and engagement across the board, both with advertisers and the community. Meeting and listening to people and their needs is key to building these relationships. “We must offer more customized solutions to our advertisers through a variety of products” she notes, citing some 300 products E-N puts out, which, in addition to the main newspaper and its two related websites, include special sections, neighborhood editions, a variety of digital platforms, social media and collaborative projects with other organizations. The variety of options gives advertisers choices they did not have before. For instance, a restaurant may choose to place an ad in a neighborhood edition, while a car dealership may want to reach the widest possible audience, including folks in the Rio Grande Valley, by placing its ads in the daily paper and its web-based versions. The business community has been very responsive so far, says Pape. 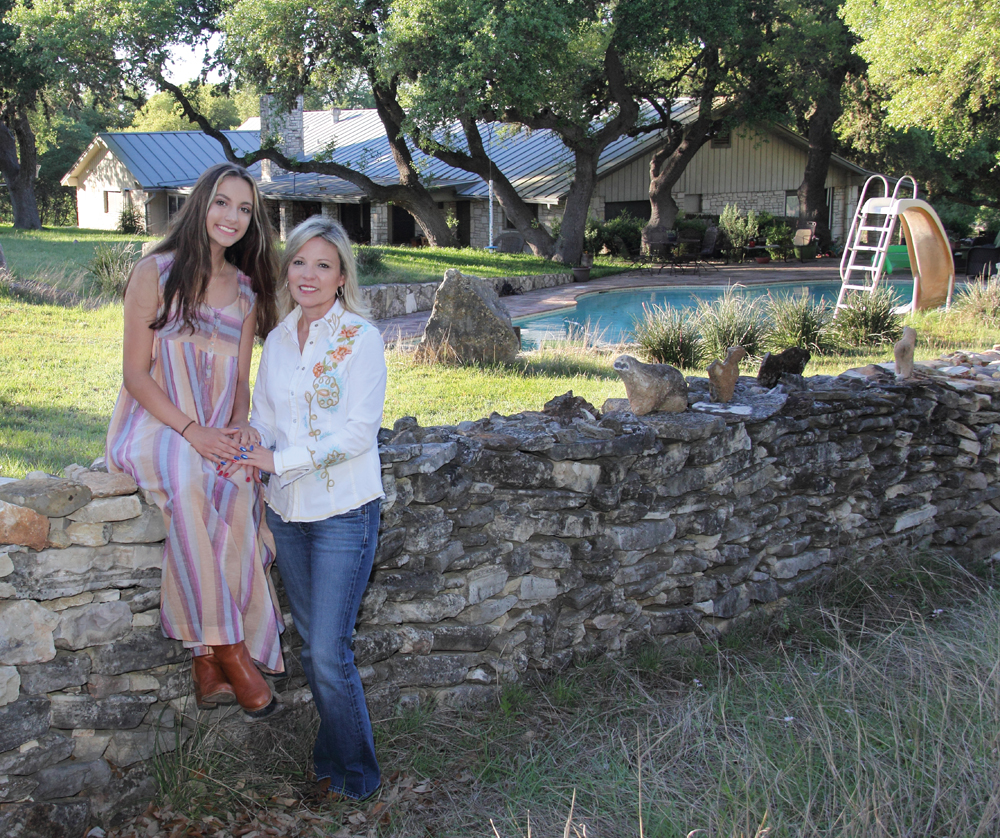 On the community side, the task is more in the hands of the newsroom, but the journalists have her full support. “We need to be out there to report and support what’s important to the people in our community,” she states. “And we need to engage our subscribers more. One way to do it is through the town halls we set up, for example. We do text alerts about the news. You can have emails summarizing major stories of the week, etc. And that’s just the beginning. In the digital environment, you can personalize delivery of content based on individual interests. It’s a little scary,” she adds with a laugh. “But none of that will affect the core print product. The paper will stay central from the information point of view, but the subscriber will have many ways to access content.”

Other initiatives that help E-N stay in touch with readers include the formation of a community advisory board, and readers’ surveys are in the works.

Though it’s not her job “to decide what goes into the paper,” Pape is a member of the editorial board, which is responsible for the unattributed opinion editorials that appear daily to discuss and offer recommendations on various issues ranging from a local school district’s problems to presidential policies. The task is not easy for her because she can usually see the merits on both sides of any issue. As a CPA by training, Pape tends to analyze and think things through logically, seeking a balanced approach.

As for her overall relationship with the editorial department, it’s one of “honest conversation,” says the personable publisher. “We need to listen to each other. My relationship with the newsroom is not one of direction. I hire smart people, and we respect each other. I am all about team building. My leadership style is to discuss and seek consensus, because without it things will not get done.”

Making a Difference
A native of Corpus Christi, young Susan grew up in the country around Robstown, with relatives living along the same country road as her nuclear family. Her rural upbringing included raising animals for livestock shows, quarter horse competitions and agriculture classes, where she was the only girl at first. Her face lights up at the memory of traveling with her mother to the various shows, horse in tow, and her mom at the wheel of a tractor-trailer. “I spent all my time with horses and livestock after school,” she recalls. “I bred horses, raised the babies, trained them. The last one I showed, while I was in college, was one I had bred.” What training horses taught her is patience, resilience and the need to communicate clearly, principles that have shaped her life: “These things have had a tremendous impact on my mind and how I approach my work in general.” To this day, Pape and her brother hunt and raise cattle on their ranches, and a few horses hang out around her house as well, which is the same house her parents chose when they moved to Boerne when she was 15. Today, she shares it with her mother and 15-year-old daughter.

With her love of farm animals, it was natural that upon graduation the young woman would choose to study veterinary medicine at Texas A&M, but that didn’t last long. The small-town girl felt uncomfortable finding herself one of 600 students in a huge auditorium and contemplated dropping out of school. Her dad would have none of it, however. Thus, she spent two semesters at San Antonio College before moving to UTSA, where she picked accounting “by accident.”

“I believe there was a higher direction at work; it was meant to be,” she muses. “I wouldn’t be where I am today had I not gone to UTSA.” With its logic and order, accounting appealed to her. 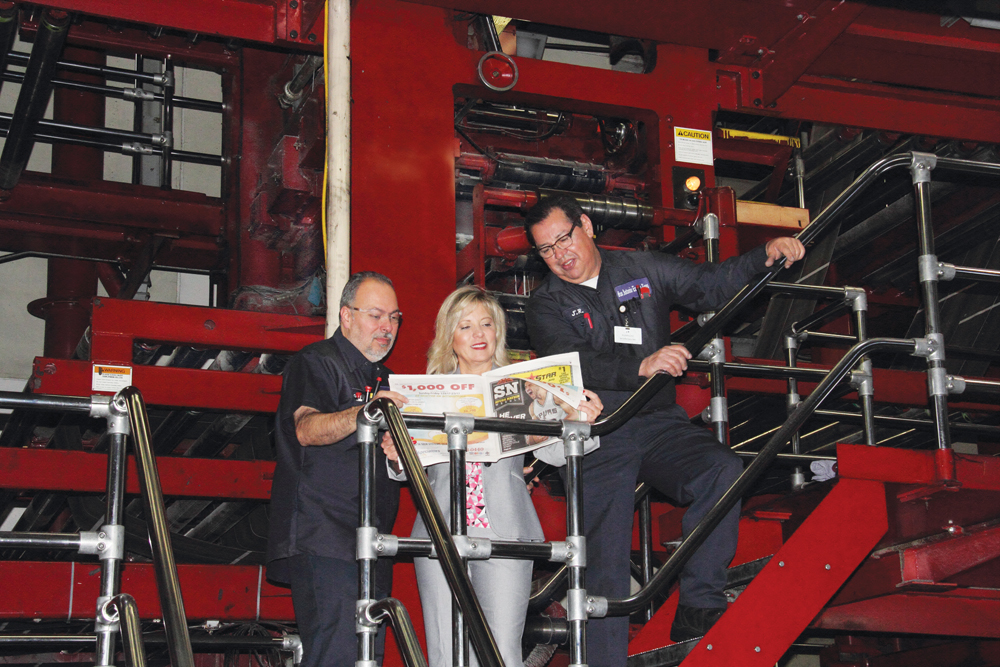 Following a short stint with Ernst & Young, Pape joined the Harte-Hanks and Belo television stations, becoming chief financial officer for the company. She’s been with the Express-News, the third-largest newspaper in the Hearst media empire, since 2005.

“Community is very important to me, and media companies embody that sense of community. A newspaper can make a real difference in the city, and I wanted to be part of that,” she says.

Pape is E-N’s first woman publisher and the only female in that position in the Hearst Newspapers division, which publishes 17 dailies and 57 weeklies across the U.S. Upon her promotion to publisher, Hearst Newspapers president Mark Aldam said in the official announcement that “Susan’s leadership continuity will ensure that our commitment to serve readers with depth and substance will continue unabated while Susan pursues her personal commitment to deepening our community involvement throughout the San Antonio region.” It is often said that it gets lonely at the top, yet other San Antonio women in prominent executive positions have reached out to her in support, inviting her into their circle and organizations, which both surprised and pleased her.

During a tour of the E-N building, she confesses that she still hasn’t moved into the publisher’s office, which is a large, isolated room on the top floor, looking “very masculine” and kind of forlorn since her predecessor vacated the premises. But she will, she says, because it’s important to the staff, who view it as part of the history and culture of the organization. On the way down, we stop on the advertising department’s floor and the newsroom, where things are humming along smoothly, before descending underground into the press room. It’s an incredibly imposing operation, with three-story-high presses, massive rolls of paper and ink containers, conveyor belts and other assorted equipment. In addition to the Express-News, this manufacturing plant also prints the Austin American-Statesman, the regionally distributed New York Times and the Laredo paper.

The tour makes one keenly aware of the size of the newspaper enterprise, with so many different parts and 460 employees with diverse skills and expectations. The publisher knows a lot of them, chats with them about their families. Family is enormously important in her own life. Asked if she has time for pursuits that feed her soul and replenish her batteries, Pape explains that all of that revolves around her daughter, Shayleigh, right now. “We have a wonderful relationship, and that’s rewarding to me,” explains the proud mom. “She pushes me into trying different things, different music styles, restaurants, theater; she plays tennis, loves road trips. So what I do for my daughter and with her is what I do for me.”

Does she see herself as a role model for young women?

“I don’t think of it on a daily basis,” she admits. “I have never been subjected to any kind of discrimination because I was a woman. In fact, I never thought of myself as a woman CFO. I was just a CFO… But yes, I see that my position allows me to be a role model, and I need to become more active in that role. I need to share my experience and help others to move forward and become leaders.”