Masterpiece of Design in Cordillera Ranch 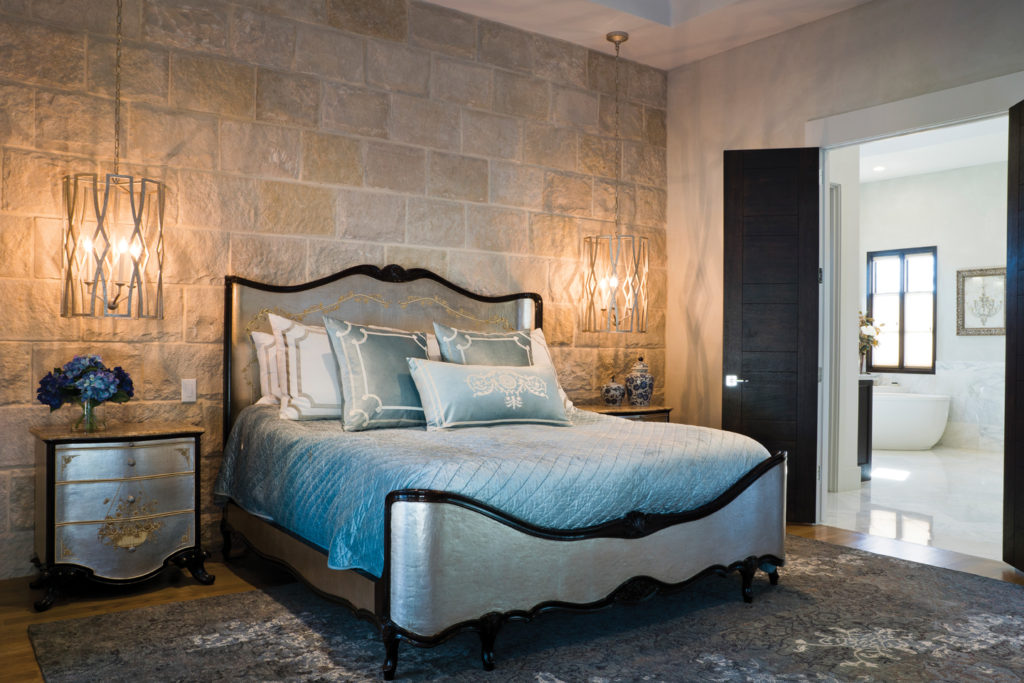 When Rachel and Mike Trevino met, fell in love and married four years ago, they first worked on blending their families, as each included adult children from their previous marriages. Each had houses with their own distinct style, lots of furnishings and accessories. Rather than attempt to blend it all together, they decided to give most of their things to their appreciative grown children, who were just embarking on building their own lives. To help create a balance of their personal styles, one that would complement their new combined lifestyle, the Trevinos found the perfect mediator in Kim Kraemer of Rue Designs of Boerne. 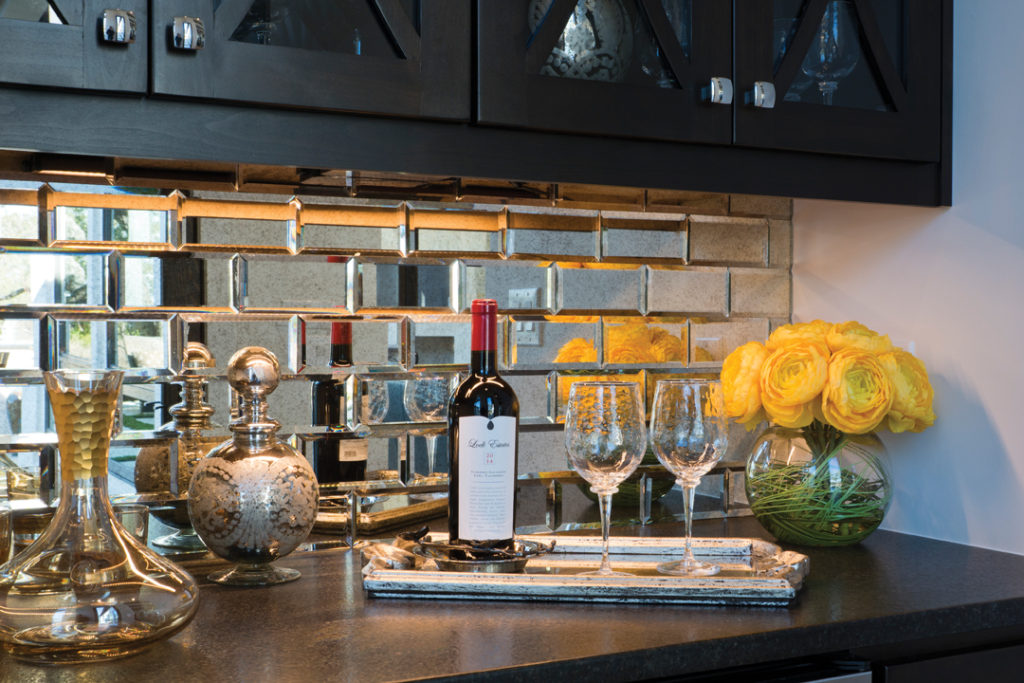 Originally the couple had planned to keep the house that Mike already owned in Cordillera Ranch, since it was close to his work in Boerne. They both appreciated the rural feel and untouched beauty of the Hill Country while living with the amenities and proximity of the city that Cordillera Ranch offers. Looking at an extensive remodel of that home led them to purchase a nearby house by Trey Garner since it already had the outdoor living space that the couple listed as their first priority in a remodel.

It was just eight months ago that Rachel entrusted Kraemer to undertake designing the Trevinos’ lifestyle for their new house, and she further tasked her to make it look as if it were not done quickly. Rachel and Kraemer tirelessly pored over CAD drawings and story-boards to create the perfect reflection of the couple’s blended style, which Rachel calls “transitional French.” 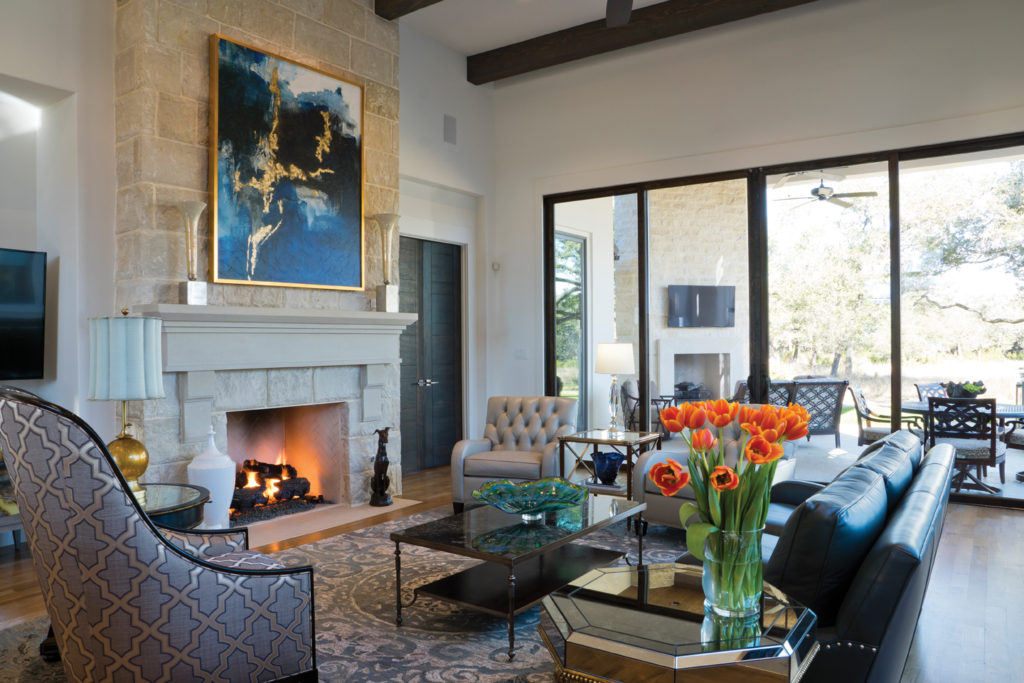 After creating a clear blueprint of what the house should look like, Kraemer and Rachel took trips to the Dallas Furniture Market, as well as sourcing in Boerne to carefully fill in the pieces to create a masterpiece. No one could ever discern that less than a year ago the couple moved in “with just a mattress on the floor.” This stylish contemporary home is now a joyful and light-filled space that perfectly reflects the couple’s desire to offer a welcoming place for their family and friends and a serene backdrop for their new life together. 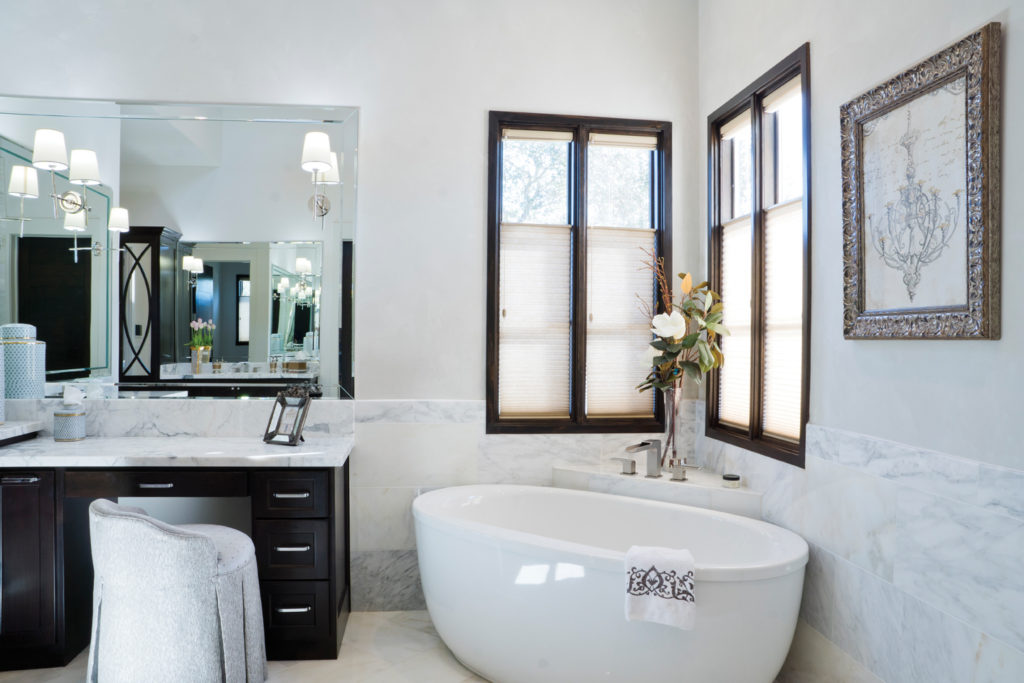