Entertaining: Not Just Another Christmas Party

It started on a trip to New York City.

Four best friends from Terrell Hills … women who had raised their children together … traveled the world together … began to discuss another Christmas. 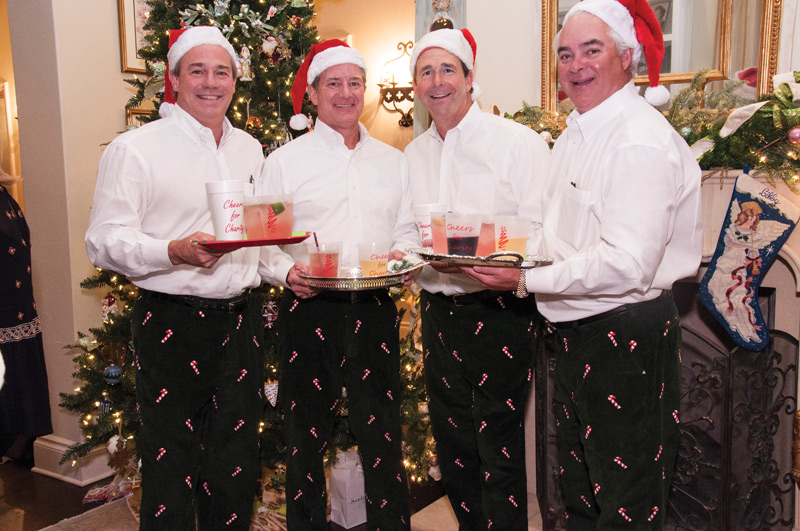 Though not in the real “tinsel town,” it was all of the tinsel and stressful gift giving which was on the mind of Linda West. “I knew of some women from Houston who decided to do something different with gift giving to their friends,” she said.

So, she shared her idea with Carol Carr, Kelly Fellbaum, and Hollye Marshall and the San Antonio version of Cheers for Charity was born. NYC was five years ago, and the annual Christmas party has grown to include over one hundred of their closest friends. West said, “It is a party we gift to our friends where all of us gift back to the community and make a difference for others.”

Marshall said, “Who needs another candle on the shelf or coffee cup with a message? We encourage our friends to donate to our designated group and gift it in the name of a teacher, family member or friend. Now, there is a gift which really has meaning.” 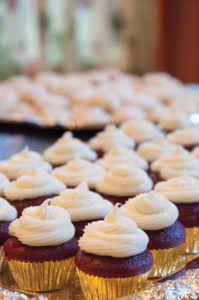 Each year a different charity is designated. Friends are encouraged to make a donation to the charity in the Christmas box which greets them at the front door. In 2014, the charity was Fisher House. Just prior to the party, the San Antonio Country Club called to inform the ladies they would have to send a substitute bartender over for the evening because the one they hired had an emergency.

George Frederick showed up to tend the bar and tend to their hearts with his big smile and caring ear. He had experience at both. Frederick spoke to the women afterwards and invited them to visit his own ministry, Hope House, and consider it for the 2015 party designee.

His enthusiasm for what he does is contagious. “We empower people,” he said. “We take the hopeless drug addicts, prisoners newly released, and prostitutes to show them how they have been gifted with talents and skills they can use positively in the marketplace. We give them hope to begin again.”

With that hope, Frederick is able to take them through job and 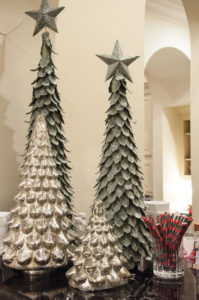 financial training and help to actually place them in local businesses. Employers will visit his classes and walk away ready to hire those who were trained. The Cheers for Charity four visited the same classes and knew they had to help Hope House. “We need donations, volunteers, clothing, household items, and so many things in order to make a difference in lives and make sure these people leave the streets for productive jobs. There’s no condemnation. We are all special and just need a support team,” Frederick said.

He joyfully served as bartender again for the 2015 party guests as husbands wearing candy cane pants and Elf hats carried the trays; friends visited and caught up on family news; a neighbor stopped by with her Boy Scout clad son to make the donation, though they could not stay long; lights were twinkling; and Josh Groban singing carols over the speaker-system. But, underneath it all are four life-long friends who just want to make a difference in the world. 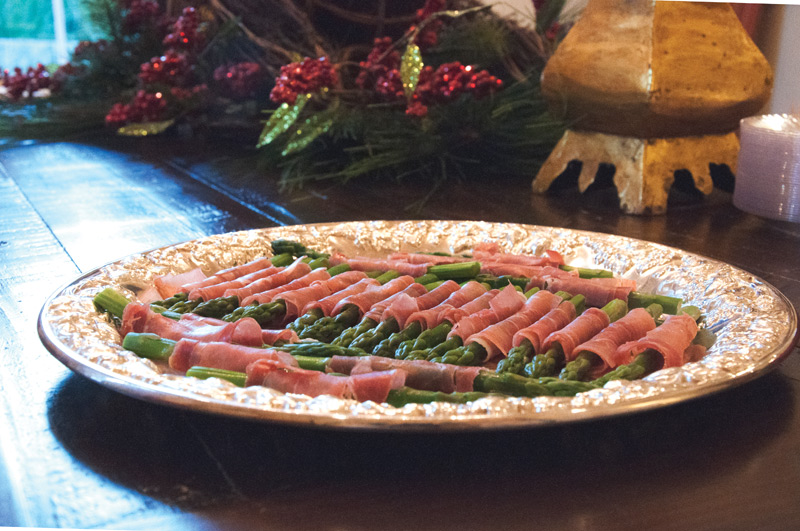 Marshall said, “We were told a group of ladies in Dallas now want to do the same, because they heard about us. Wouldn’t that be fun if the giving continued to grow? That’s what Christmas is about.”

Note
The Cheers for Charity Party in 2016 will benefit our local Believe It Foundation overseen by Andrew McCallister. Believe It! Promotes the inclusion of physically challenged children.

January 20, 2020
Making improvements to make an impact guides Sharon Durham as she leads Jon Hart Designs into the future

January 20, 2020
In the Business of Making Dreams Come True

Setting the Stage For Our Enjoyment

January 20, 2020
Setting the Stage For Our Enjoyment