Health: What the Experts Say About Breast Reconstruction

BUILDING CONFIDENCE AFTER A MASTECTOMY

Whether or not to pursue reconstruction after a mastectomy of one or more breasts is a difficult decision breast cancer patients face. Because of all the medical factors involved, many women decide not to reconstruct. However, most admit reconstruction is critical to building hope, joy, confidence and a return to normalcy. SAN ANTONIO WOMAN talked with three prestigious local physicians to discover the advancements in breast reconstruction and discuss a few factors women should consider. The group included Dr. Maria A. Palafox of South Texas Breast Surgery, Dr. Michael Baumholtz, FACS, of San Antonio Cosmetic Surgery, and Dr. Regina M. Fearmonti, FACS, of her namesake facility.

SAW: Please tell us about your experience with breast reconstruction surgery.

Dr. Palafox: I have been in private practice since 2005; although we all learn very basic surgical management of breast cancer in our residency training, I began going to oncoplastic breast surgery courses in 2008. The care of the breast cancer patient has evolved tremendously; to keep up, I read daily in addition to attending courses and meetings. I also do genetic counseling for patients at high risk for breast cancer after proctoring with other doctors who do this.

Dr. Fearmonti: I am a private practice plastic and reconstructive surgeon at Alon Aesthetics Plastic Surgery in Shavano Park. I have been in South Texas since 2012 and perform approximately three breast reconstructions per week in South Texas Medical Center and New Braunfels. I am board certified in both plastic surgery and general surgery and have completed year-long fellowships in both breast surgical oncology and reconstructive microsurgery, the entire process taking 11 years to complete after medical school. You could say that breast cancer and caring for those affected has been a big part of my life.

Dr. Palafox: Probably the newest thinking in breast cancer surgery is the concept of maintaining the most natural look possible. Breast cancer surgery used to be just about removing the cancer to achieve a cure. Aesthetics were secondary. Now we realize that maintaining or restoring as much as possible of a woman’s breast contours goes a long way toward self-esteem, positive body image and confidence. These are essential as women journey through their cancer and into survivorship. I don’t want a woman to have a daily reminder of her cancer.

Dr. Baumholtz: There are far more new developments in the field of genetic screening. Breast reconstruction can be a very simple algorithm for most patients, while at the same time individualizing their procedure to their needs.

Dr. Fearmonti: Right now, fat grafting continues to evolve as a reliable method to correct partial mastectomy/lumpectomy defects, especially in patients who have received radiotherapy. The fat that we remove from your own body by liposuction is processed and purified and then injected into the radiated skin pocket and breast defect to improve contour and skin quality. We have been adding amnion, a donated sterile growth-factor-enriched suspension, to the fat to increase its uptake and lead to even further improvement in skin quality. I feel that this holds much promise for heavily radiated patients.

SAW: How does the method of treatment a patient selects affect breast reconstruction?

Dr. Palafox: In general, there have been two surgical choices to treat breast cancer: lumpectomy or complete mastectomy. Now with the concept of oncoplastic surgery taking hold, there are many options within the two categories that all have the same goal: natural-looking, symmetrical breasts. A patient choosing lumpectomy may need to achieve symmetry, depending on how much breast tissue is removed, so a reduction on the opposite side is an option. For women choosing mastectomy, there is the option of skin-nipple-sparing mastectomy, where the skin envelope is left behind and filled with an implant. Other patients might choose more complex reconstructions, where muscle or tissue from the abdominal wall or back is used. The timing of reconstruction is variable; some women want to do reconstruction at the same time as their cancer surgery. Other women have their reconstruction done even years after their initial surgery. The need for additional treatments, such as radiation and chemotherapy, will affect the decision for reconstruction as well.

Dr. Baumholtz: Treatment of the cancer may involve one approach or a combination of surgery, radiation and chemotherapy. In the presence of radiation treatment, it is my preference to delay the reconstruction six to 12 months. While there is some evidence suggesting a patient doesn’t have to wait that long, the biology of radiation and the damage it can produce haven’t changed much over the years. Yes, overall radiation treatment is getting safer, but if it’s my family member, I’m likely to recommend waiting to allow the tissues to settle before reconstruction. In terms of how I reconstruct patients, I generally tell them that we will start with an implant-based reconstruction unless there is a biological reason not to (such as prior infection, radiation or failed implant). If I need a tissue-based reconstruction, I typically use the latissimus muscle flap (found beneath the shoulder blade), as it doesn’t have the same functional impact as the abdominal muscle flaps.

Dr. Fearmonti: The reconstruction must not interfere with the cancer treatment. Reconstruction can be completed at the time of breast cancer surgery in prophylactic (before developing cancer) and early-stage cancers. In invasive and advanced cancers, I often delay any permanent reconstruction until the stage and need for other adjuvant treatments (chemotherapy, radiation) are known. A tissue expander, or temporary fillable implant, can be placed at the time of mastectomy in those cases as part of a two-stage reconstructive procedure and can be left in place during those other treatments. Radiation, which is needed for lumpectomy and some mastectomy patients, leads to a permanent fibrotic response of the affected skin and underlying muscle. Tissue expander/implant-based reconstructions, which rely on that skin and muscle to stretch to produce a natural teardrop shape, often fail in radiated patients. I often recommend an autologous (using your own tissue) reconstruction in these patients, in which tissue from the abdomen, back, buttock and inner thigh can be used to make one or both breasts.

SAW: Is a nipple/aerola tattoo a preferred and accepted method of cosmetic reconstruction? And if so, what are the percentages of women
who select this approach?

Dr. Palafox: Nipple and areola tattoos are an option for women who no longer have a nipple, such as women who have complete mastectomies and undergo an abdominal wall muscle reconstruction. Nipple reconstruction is also an option — it uses a small sliver of skin sewn to itself and “planted” on the breast mound. It needs to “take” or grow roots, so it’s not foolproof. Tattooing is a nice option, but not covered by insurance. A newer technique is 3-D nipple tattooing that uses subtle differences in the shades of ink to create a nipple and areola that are very realistic in appearance. There are several places in San Antonio that perform 3-D nipple tattoos.

Dr. Baumholtz: In my practice about 50 to 60 percent of the patients choose to have nipple/areolar reconstruction (all methods). Of the methods used, tattooing is becoming more accepted. One woman in San Antonio stands out for her excellence in 3-D tattooing — Terry Lively.*

Dr. Fearmonti: Approximately 80 percent of my patients undergo tattooing of the nipple-areolar complex as their final stage of a reconstructive process. There are many ways to reconstruct a nipple-areolar complex, from local flaps (actually raising and closing the skin on the breast mound to create a projected structure) to skin grafts and nipple sharing (removing a piece of a contralateral intact nipple and implanting it on the reconstructed breast). In patients that choose implant-based breast reconstructions, I find that their thin skin precludes any additional incisions for concerns of delayed wound healing. I have found that a 3-D tattoo that resembles a nipple with shadowing and surrounding areola can be done to match the opposite side as well as conceal some of the surgical scars.

SAW: Do you use cadaveric tissue?

Dr. Palafox: I believe that you are referring to the use of cadaveric tissue such as Alloderm for reconstruction. The most common use of this is to create a “hammock” for the implant, since the pectoralis muscle does not completely cover the implant when it’s put in. This cadaveric tissue undergoes a multi-step process to remove all the cells that could cause rejection. Also, the tissue donors are screened for infection such as HIV and hepatitis. There is a low risk of infection, and it can cause temporary redness of the overlying skin—red breast syndrome.

Dr. Baumholtz: Yes. If I need to reconstruct immediately after mastectomy or a delayed reconstruction where the inferior skin is quite thin, I will use cadaveric tissue. This tissue has been completely stripped of anything that made it unique to its previous owner. Instead, it now provides a scaffolding for the patient’s own tissue to grow into.

Dr. Fearmonti: Cadaveric tissues, known collectively as acellular dermal matrices, are used to support an implant-based reconstruction and to prevent an implant from falling. They originate from donated human dermal skin that has been processed to remove cells and DNA while preserving the essential structural components. They came on the market about 20 years ago, and now there are also porcine (from a pig) and bovine (from a cow) products. I used to use them selectively in patients with thin tissue or for revisionary surgery — both reconstructive and cosmetic; I now use them for almost every tissue expander/implant-based reconstruction, as I find the ultimate implant position and appearance is improved.

SAW: How important is quality breast reconstruction to the mental healing of a woman who has experienced breast cancer treatments and/or surgery?

Dr. Palafox: Recent studies indicate that about 30 to 40 percent of women who undergo mastectomy have breast reconstruction. Overall breast reconstruction is less utilized in women of color and in older women. There are many reasons for this — socioeconomic, personal, medical and financial. I encourage all my patients to at least consider it, since it goes such a long way toward self-worth and making their cancer journey more tolerable.

Dr. Baumholtz: It depends on the patient. Sometimes I am referred a woman who tells me she has no desire for reconstruction but was sent by her general surgeon. Typically I explain her options and let her make the decision. Often the patient will return at a later date for reconstruction — even if she was adamant that she didn’t want anything.

Dr. Fearmonti: Studies have shown that reconstruction after breast cancer leads to emotional and psychological healing. I feel that discussion of reconstruction with patients, even at the early stage of diagnosis, gives them hope and helps them cope even with the cancer treatments. It’s the “light at the end of the tunnel.” 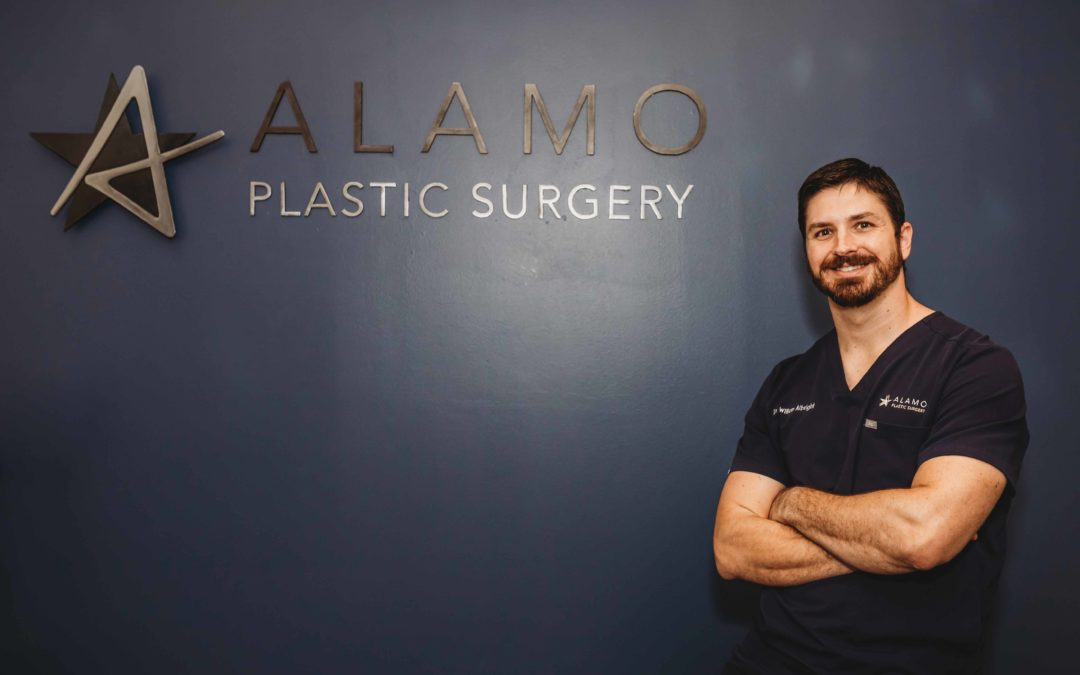 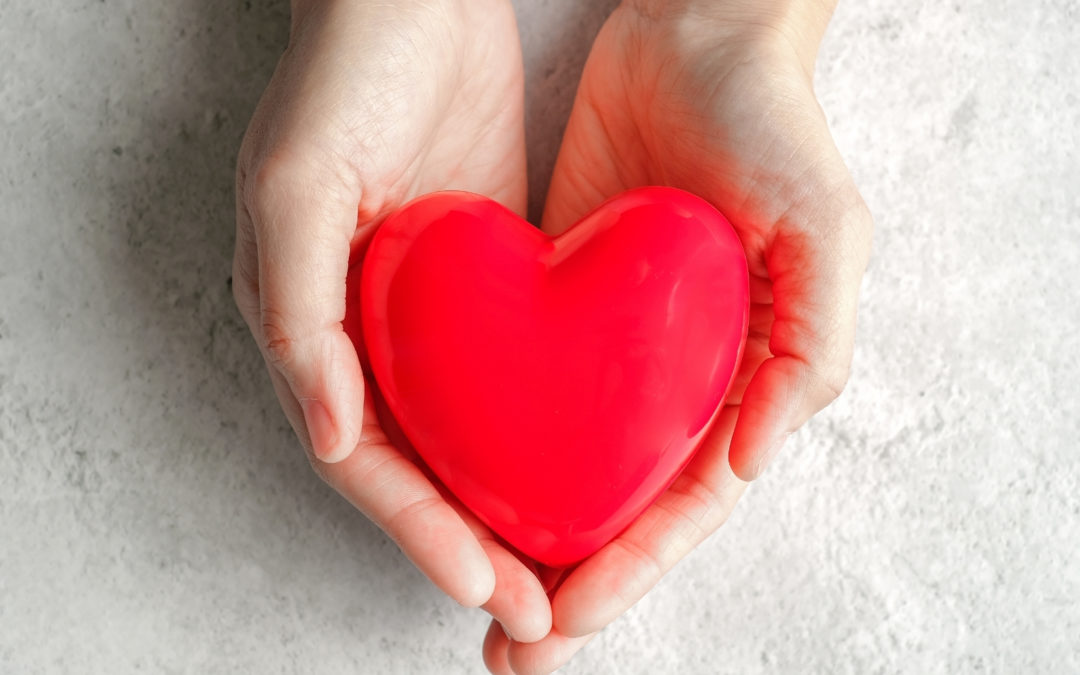 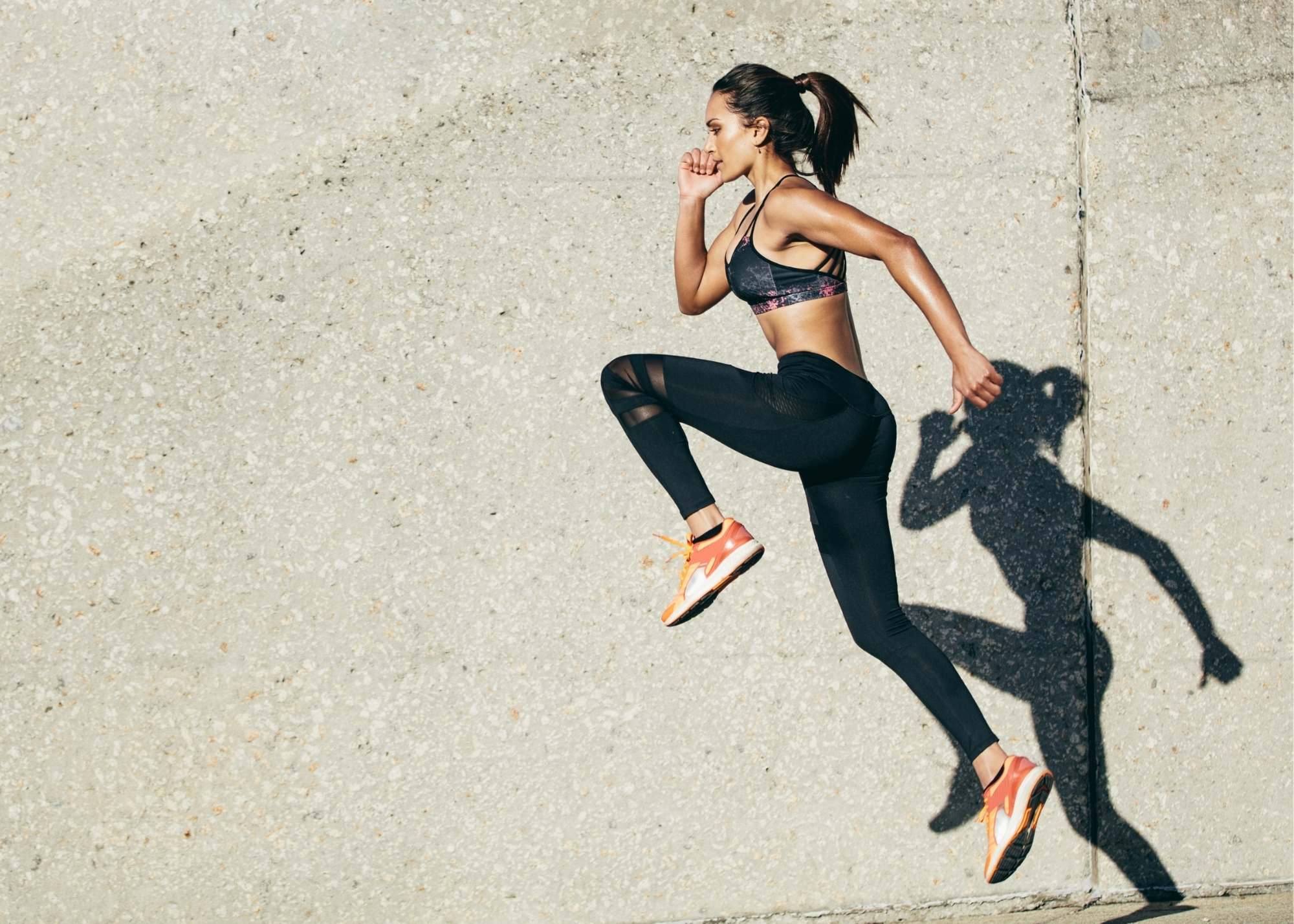 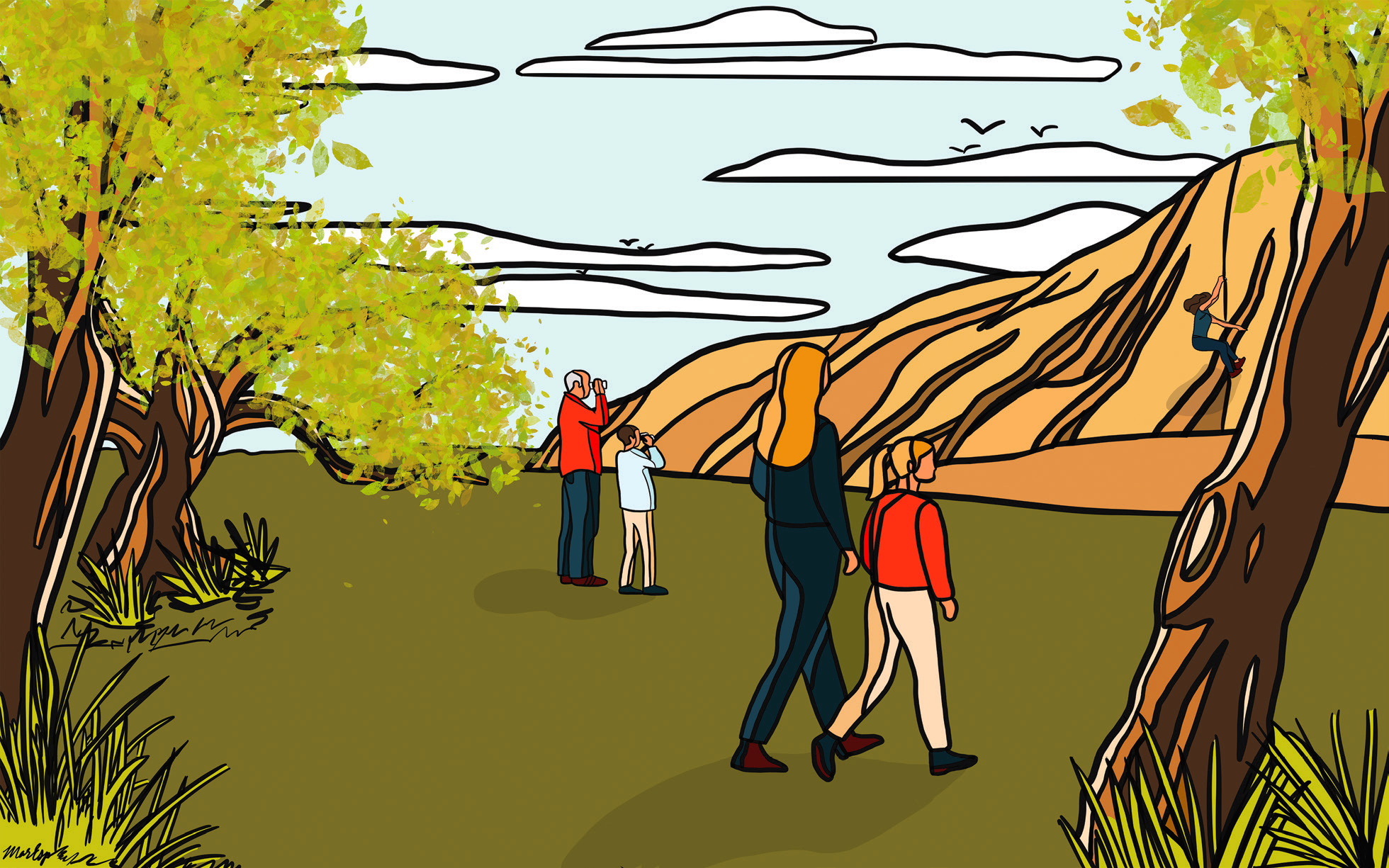 HEALTH: Fall in Love with Hiking in San Antonio this Autumn

Most weekends, Shanti Day, her 7-year-old daughter, Madelyn, and her mother, Marjie, can be found hitting the trails at Eisenhower Park on the North side of San Antonio for a multigenerational family hike. “It’s our girl time,” Shanti said. “When we’re feeling...