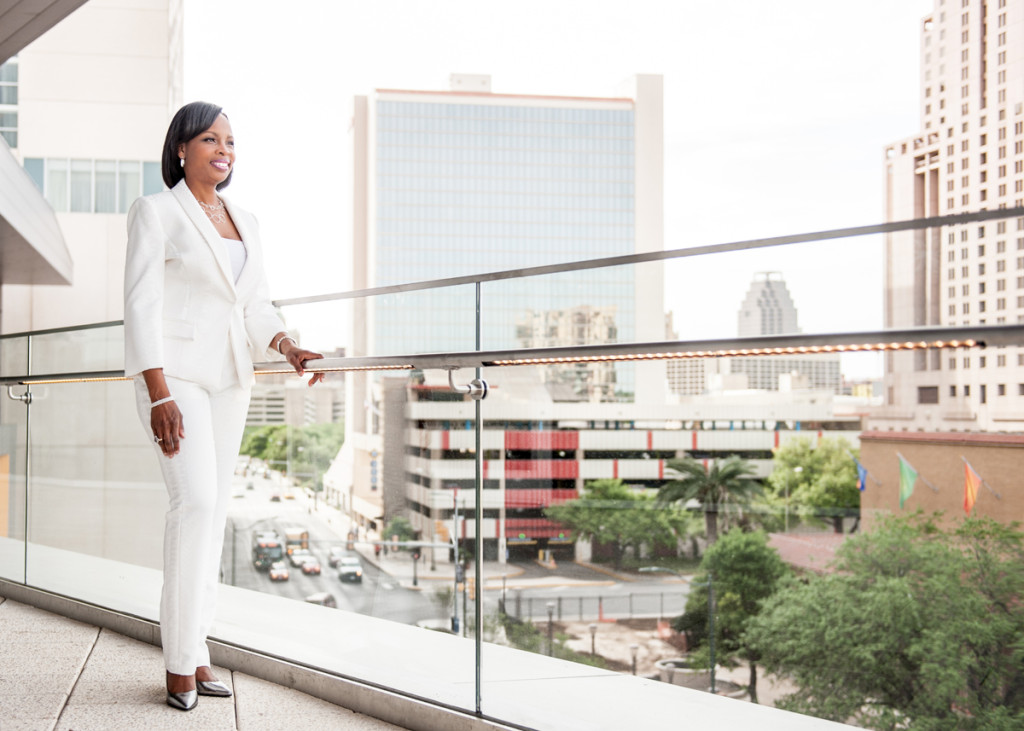 In her second State-of-the-City address on March 22, Mayor Ivy R. Taylor started by firmly pronouncing “that the state of our city is strong,” Speaking before business and civic leaders in the packed Stars at Night Ballroom at the Convention Center, she then proceeded to enumerate all the good things that have recently happened in San Antonio and presented her goals for the future.

“There’s still work to be done,” she said. With poise and clear delivery, Taylor then outlined her vision for San Antonio as “a globally competitive city where each of us has the opportunity to prosper.”

To make this happen, she said, we must enhance our economic competitiveness, build infrastructure that “supports industry and improves quality of life,” and “work as one San Antonio where all have the opportunity to prosper.”

Mayor Taylor addressed some of these issues in an interview we had in her office at City Hall a week or so prior to her State-of-the-City address. One issue that will influence both economic competitiveness and quality of life is, of course, the availability of water. Appropriately, securing future water supplies for the city has been a top priority for her, made more urgent by the projected growth in population over the next 25 years. She worked hard to get City Council to unanimously approve the Vista Ridge project that will build a 142-mile pipeline to carry water from the Carrizo-Wilcox Aquifer in Burleson County to San Antonio at the cost of $3.4 billion. Things got a bit complicated more recently when the Spanish-based company, Abengoa, which was supposed to build the pipeline, developed severe financial problems, but the mayor did not appear too worried. “I believe we’ll be able to develop an alternate scenario with a different partner,” she noted. “I often say that the biggest risk for our community is to not secure our water future.” Sure enough, the new partner, Garney Corporation, has since taken over from Abengoa, though the complex deals are not expected to be finalized until June.
Among her other priorities are workforce development, transportation, international business connections, measured growth, enhancement of the urban environment and, again, ensuring that all residents have a shot at prosperity. In her State-of-the-City speech, she listed a number of programs and initiatives that she has already set up to address these goals, smartly enlisting businesses and a range of agencies to collaborate with the city. And she’s excited about the 2017 bond package that will permit the realization of a lot more as outlined in the SA Tomorrow plan.

Yet there is one problem that has proven a hard nut to crack, namely the ongoing stalemate between the city and the police and firefighter unions over new contracts. At issue are the overly generous benefits union members enjoy that threaten to consume the lion’s share of the municipal budget in the near future. “The rank and file (police and firefighters) do a great job for the community, and we want them to be well compensated, but I can’t allow that to break our community,” explains Taylor. “I could argue that the average citizen will probably never need police or fire services, but they want to have parks, trash collection and other services, and they all cost money. If we spend all the money on public safety, we have to drastically reduce services in all other areas.”

Does this seemingly intractable impasse keep her up at night?

“No, this job is very demanding, and I am exhausted by the end of the day. But it’s a big cloud over everything we try to do,” she admits.

Taylor won the hearts and minds of most San Antonians when, as a newly appointed interim mayor, she successfully put a stop to the ill-conceived VIA plan to build a streetcar system downtown. Like most citizens, she’s not against rail transportation, but she understood that the issue needed more consideration as to where these tramways would be most useful. “It had become a distraction,” she says now. “I felt we needed to take it off the table so we could concentrate on other things.”
In all her dealings, the mayor tries to stay away from taking party-line positions, maintaining a stance of political neutrality. She laughs at the Express-News report that Sen. Cornyn attempted to recruit her for the Republican Party. “You shouldn’t believe everything you read,” she quips. “The structure of our (municipal) government is nonpartisan. The City Council and the mayor do not run on a ticket. We are supposed to focus on local issues, not on political platforms.”

She didn’t plan to be a politician.

Taylor is the first African-American mayor in San Antonio’s history and only the second woman to hold that office. Yet she never set out to become a politician. 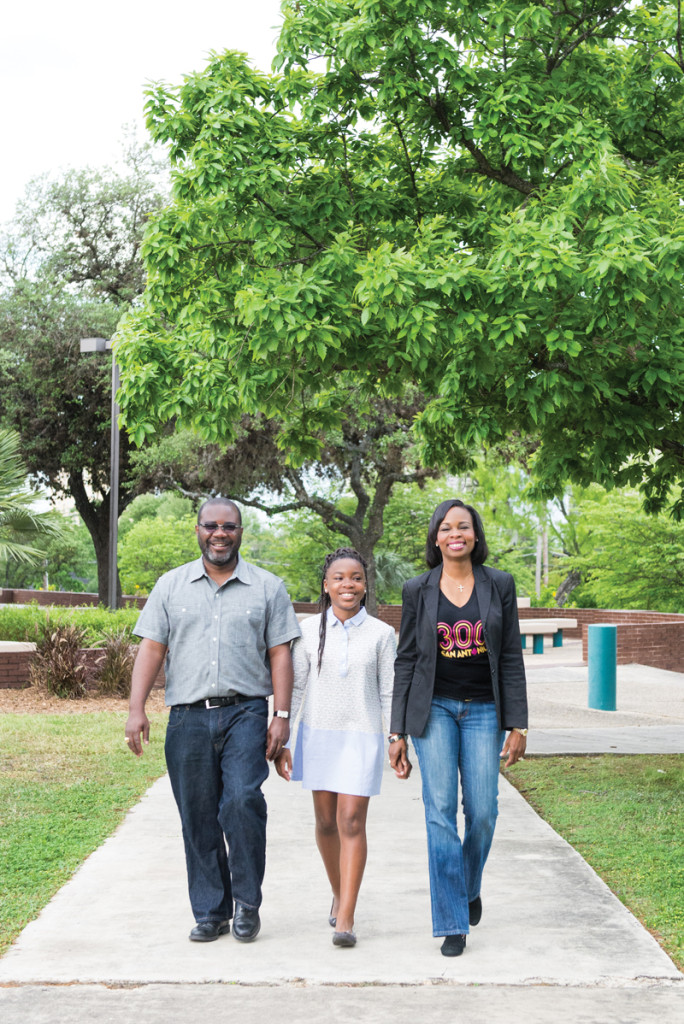 Growing up in a strict Pentecostal home in New York City’s Queens neighborhood, young Ivy attended public schools, where she was quickly recognized as gifted and given opportunities to develop her abilities. She later earned a degree in American studies from Yale University. The college years brought a sense of liberation, she says, from the church-centered life she had at home, but because she didn’t come from a privileged background like most of her classmates, she didn’t feel “100 percent comfortable” on campus. “I probably did not take as much advantage of my time at Yale as I could have,” she observes in her usual calm way. “I was focused on my studies.” But she did start wearing pants and listening to secular music for the first time in her life.

Back in New York, the young woman “floundered for a while,” unsure of what kind of career to pursue. After a couple of depressing jobs in advertising, she realized she needed to find out what her passion was. That eventually became clear when she discovered urban planning and enrolled at the University of North Carolina at Chapel Hill, where she earned a master’s in city and regional planning.

During our second interview in her home we spent some time talking about her life before and beyond the mayoral office. She and her family – husband Rodney and daughter Morgan – live on the East Side, where the spouses met and where Rodney grew up. In 1997, Taylor was in San Antonio to take part in an internship with the San Antonio Affordable Housing Association when she met Rodney in church. He and a friend invited her to lunch after the service, and he later called her that same afternoon to see if she wanted to go to the movies. She did, and they have now been married for 17 years. 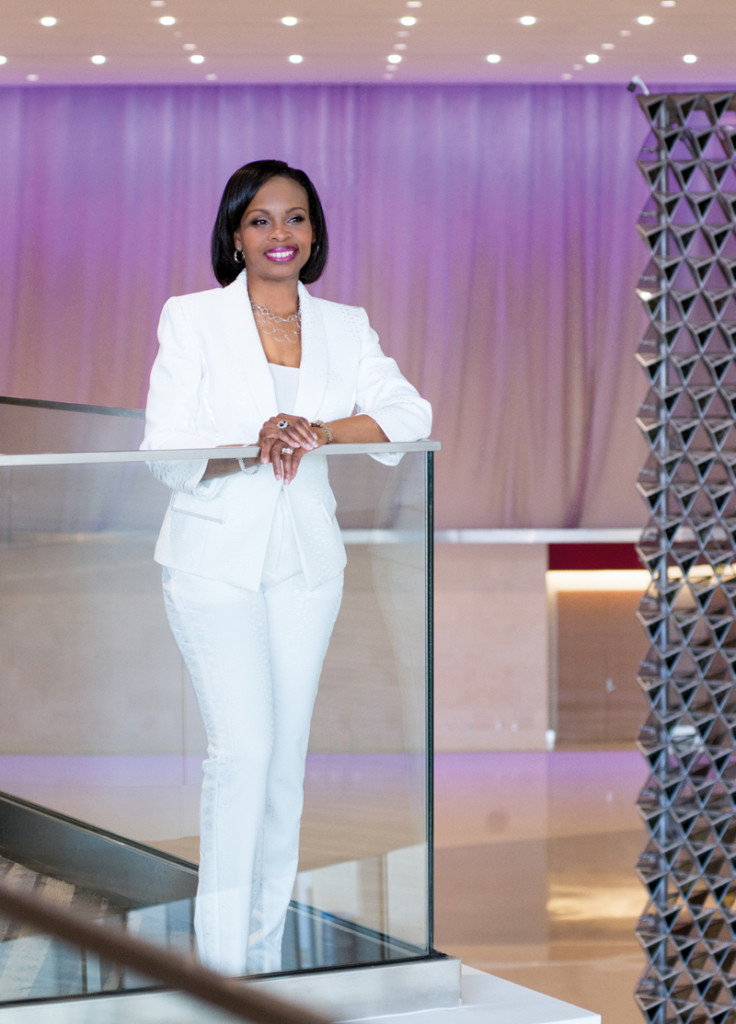 Before she ever ran for office, Taylor spent years working on affordable housing and neighborhood development, both as a city employee and at Merced Housing Texas, an agency with a similar focus. She eventually ran for City Council and was first elected in 2009. “I had always been interested in urban revitalization and connecting people with opportunities,” she says, explaining why she ran. “So what was the platform that would allow me to do even more? The answer was politics.” Asked how she felt after she was elected mayor last year, she says, “It felt like a relief. The election was tense. I do not relish campaigning, and I first went through a period of uncertainty about whether to run for mayor at all. Many people tried to persuade me to do it, but I had to be comfortable with the decision.”Her days are filled to the brim with meetings, speeches, visits to companies, schools and community events and travel. In fact, following our interview, she was planning to fly to Dallas to meet with mayors of all the major Texas cities. This past year, she led local delegations that visited Germany and Mexico City to facilitate the development of business ties.”We signed an economic development agreement with Mexico City, the first U.S. city to do that,” she says with just a tinge of pride. And, of course, she is engaged with the plans for the celebration of the city’s 300th anniversary. This month the mayor is going to Spain to invite representatives of the Canary Islands and the king and queen of Spain to honor us with their presence,

So if she had a magic wand and could make one wish for San Antonio come true, what would it be?

“I would increase educational attainment levels by a substantial percentage,” she replies promptly. “That would have a great impact on so many other issues like jobs, family stability, crime reduction, the economy and overall prosperity.”