Saturdays can get busy at the Culinary Institute of America (CIA) at the Pearl. On this particular Saturday in January, a grilling class is in progress in the large teaching kitchen with some 15 students, nearly all of them men, bustling around, chopping, mixing, seasoning, slicing and otherwise preparing an array of foods under the watchful eye of their instructor. They are food enthusiasts from the community, not chefs in training, though each is sporting the familiar tall hat associated with professional cooks. 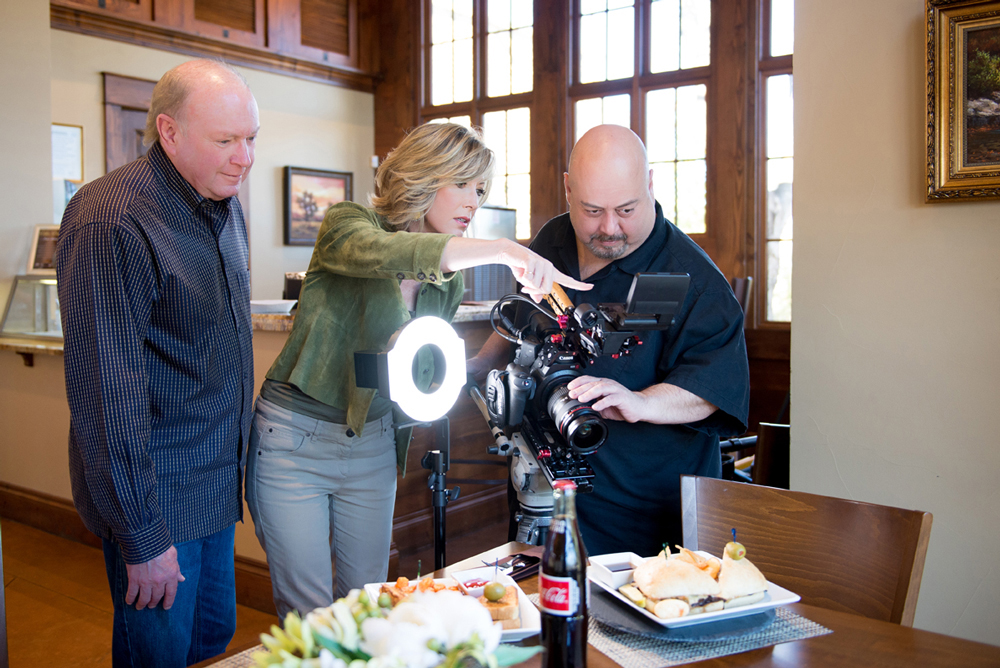 But theirs is not the only action show in the kitchen. Tanji Patton and her crew are also here to shoot an episode of her new TV series, Goodtaste With Tanji, which is slated to start airing April 9 on network affiliates in several Texas cities, including WOAI in San Antonio. As the two cameramen, James Sanders and Israel Cardoza, set up their equipment, Patton starts chatting with Brannon Soileau, a chef and certified hospitality educator at CIA, who tells her about the variety of classes offered and about CIA in general. 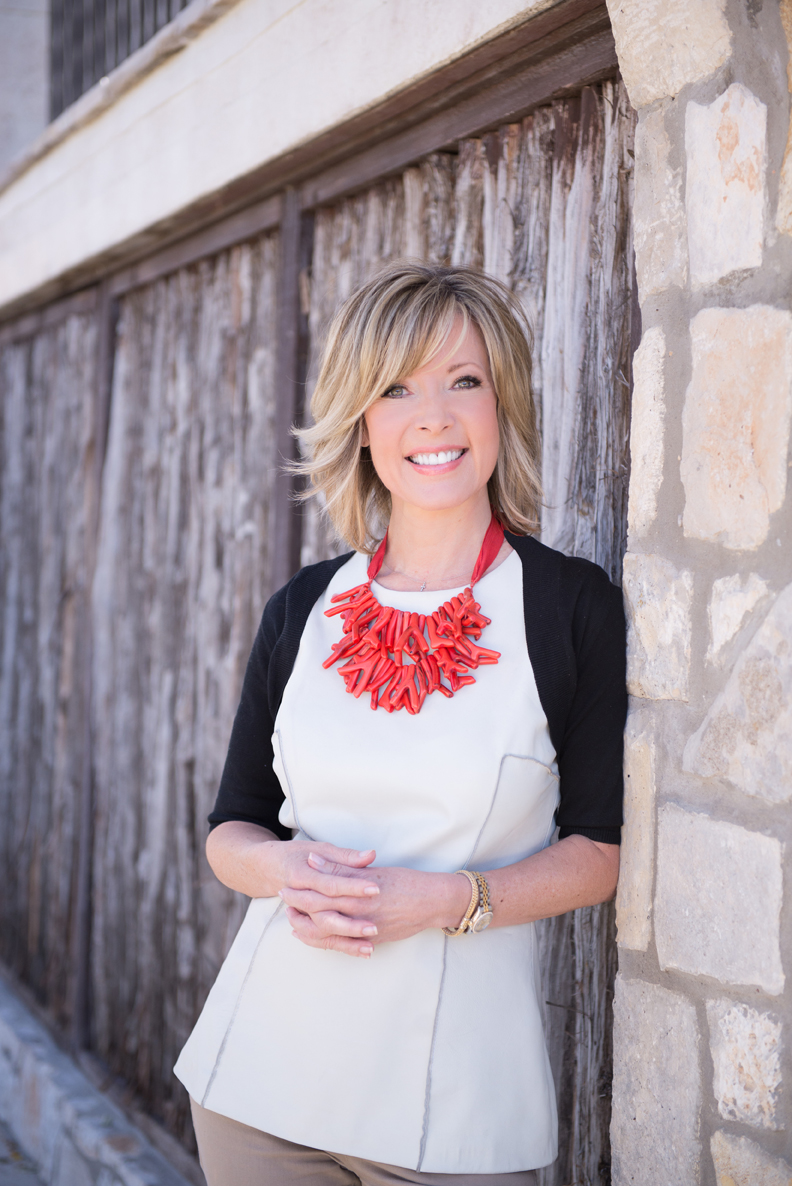 That part was pre-planned, but her next interview is with Michael Crawford, one of the class participants, who is chopping a massive amount of fruit at a side table. He’s a wounded, wheelchair-bound Afghanistan veteran taking his first ever cooking class. For him it’s one way to explore his new civilian life, he explains quietly. He also shares that he and his wife will soon move into a mortgage-free, handicapped-accessible house donated by H-E-B. Crawford’s story is touching, and Patton is clearly both moved and delighted to have him in the show. She later interviews a few other budding cooks, then moves her crew to Nao, the CIA-affiliated restaurant for the rest of the shoot.

Altogether there will be 13 half-hour episodes, each focusing on a culinary destination in one of the four areas she covers — San Antonio, Austin, Houston and the Hill Country. Sponsored by Sysco Foods, the new series marks the return to television for the former WOAI anchor, whom many San Antonians may also remember from her days on the San Antonio Living show. Since she left the station in late 2007, Patton and her husband, Mike Patton, have been growing their Internet-based business called Goodtaste.tv, which she defines as “an online video magazine” devoted to food, wine and good living. Patton also blogs for the Houston Chronicle and periodically presents brief food-related segments on a number of radio and TV stations.

“I want to tell food stories because food is ‘a uniter’ in the world — we always gather around food — but I want to go beyond that,” says the super-slim Patton, who is clearly not overindulging in the goodies she promotes.

“I want the viewers to feel good after watching our programs, to be inspired to try new things. We have plenty of bad news in the world; our shows are about feeling good.”

She also wants to tell the stories of the people behind the food. For instance, an upcoming episode will focus on the upscale Houston restaurant called Masraff’s, run by the father and son duo, Tony and Russell Masraff.  After surviving prostate cancer, the elder Masraff established and personally runs a foundation that funds the work of M.D. Anderson’s scientists looking for a noninvasive cure for the disease. “They have already proven that it works in animals,” notes 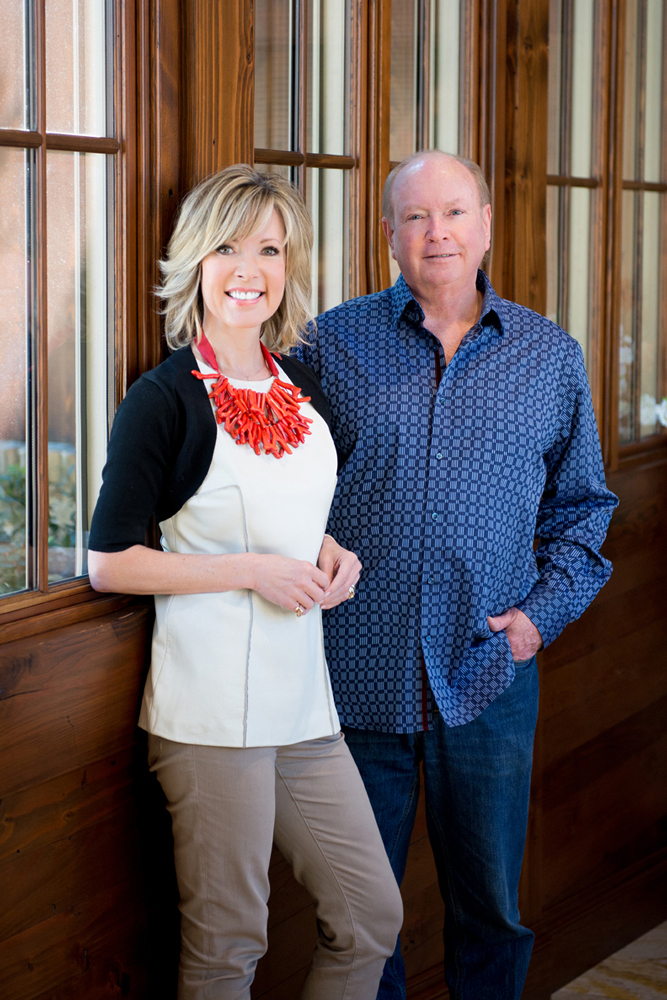 Patton with admiration. Also featured in the series will be San Antonio’s iconic eateries such as Mi Tierra and Boudro’s, as well as Austin chef Jack Gilmore of Jack Allen’s Kitchen, who invites pre-teen youngsters into his kitchen to teach them about nutrition while giving them free cooking lessons. “I like the art of communication,” says Patton. “I get a kick out of meeting people and hearing their stories.”

Being back on TV with a full-fledged show opens new horizons for the Pattons. “It’s a continuation of what we have been doing online, but it will certainly introduce our brand to a larger audience,” admits the hostess/producer. “Now we’ll have digital, print and TV audiences.”

From Watergate to Italy

Growing up in Houston, Patton thought she wanted to be a doctor until she failed her math courses as a college freshman at Texas Tech University — not a good start for a scientifically based career.  Soon, a new possibility attracted her attention, however. At the time, the Watergate scandal dominated the news, and 18-year-old Tanji became fascinated by the heroes of the day, the Washington Post reporters Carl Bernstein and Bob Woodward, whose investigative work on the scandal turned them into celebrities. Suddenly, journalism seemed like a cool profession. She got a degree from Texas Tech and started working at the local KLBK-TV even before graduating.

“My first job was the weather, though I knew nothing about the weather,” she recalls. “The first time was a disaster, but they did not fire me. At that time we had weather wire information so you basically had to read it and point to the map.” From there, the young journalist progressed to newscasts and eventually anchoring and editing. In the meantime her family had moved to San Antonio, where Patton rejoined them to offer support during a difficult period. Though she liked it here, finding a new TV job proved difficult. She tried her hand at PR and real estate, met and married Mike and had a son. 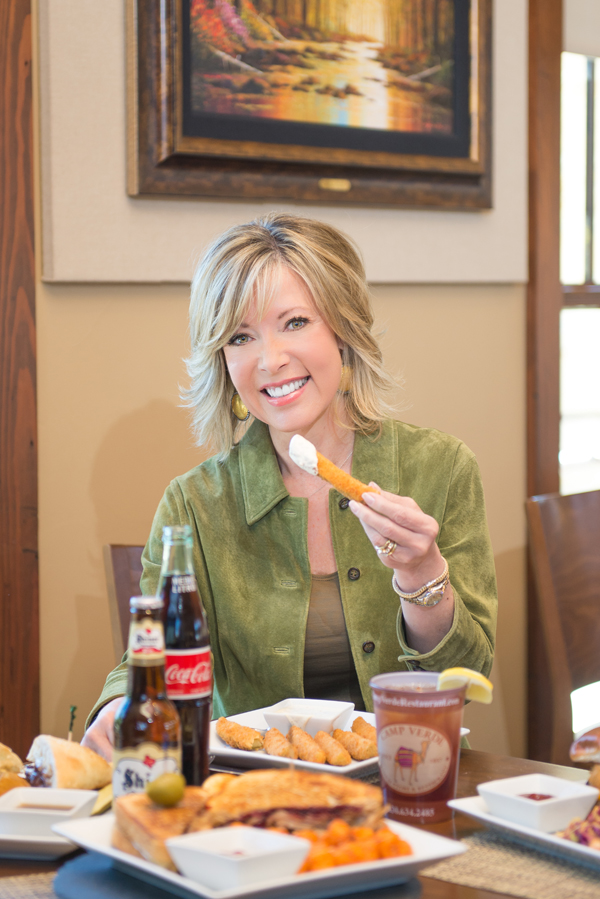 The story of how the Pattons met is a great example of life’s serendipity. Only 22 at the time, Tanji was driving an unreliable car, which was “breaking down all the time.” After several unsuccessful “repairs” at a particular dealership, her Dallas-based boyfriend offered to make an appointment for her with the general manager of the place, whom he knew. The manager’s name: Mike Patton. He offered Tanji his own car to drive while hers was being fixed since she was too young to rent one. After returning the vehicle, she insisted on thanking him in person and …”we have been best friends ever since.”

By age 30, Patton was back on TV, first as a freelancer, then as a full-time reporter for WOAI. Highlights of her career include an Emmy for reporting on San Antonio Water System’s strange spending priorities, as well as stints at the Pentagon and later on the USS Theodore Roosevelt in the Arabian Sea, where she talked to military personnel deployed to Afghanistan. Yet the project she is most proud of is a series of reports on the well-intentioned but ultimately misguided and discriminatory state law that insisted that children must be placed with foster or adoptive parents of the same racial/cultural background, regardless of circumstances. Her eyes tear up just remembering a black boy she featured who was torn away from a loving white family that wanted to adopt him. The reportage induced the legislature to change the law.

From reporting, Patton went on to host the popular San Antonio Living show and finally transitioned five years later to the coveted news anchoring job. Aware of the flux in the TV world, however, the now seasoned pro knew that she needed to plan for the future. So when her contract was not renewed in December 2007, the Pattons were already poised to launch their new business. She credits their 2006 vacation in Tuscany for solidifying her passion for food and wine. “Without Italy we wouldn’t be doing what we are doing,” she notes. “That was the first time that we had a chance to actually spend   time with the people who live there and see how they experience life, and it made an impression on us.”

The Italians know how to enjoy a good meal with family and friends, lingering at the table in conversation while sipping good wine. They know how to savor and appreciate the food. “They work to live, while we Americans live to work,” observes Patton. Months later, the couple returned to Italy to shoot their first food-and-wine trailer, hoping to sell the concept to a TV station. Nothing much came of it, but Patton was not about to abandon her new passion. With Mike’s help, she launched her business on the Internet.

Not surprisingly, her favorite cuisine is Italian. Asked how she maintains her svelte figure, she laughs and admits to “going up and down” in weight and owning three sizes of jeans to fit all occasions.

“If it enhances the brand, we will continue doing it. We’ll see,” she says noncommittally. Still, clearly excited about the turn her life has taken, Patton is also philosophically optimistic about the future: “I am looking forward to where this adventure will take me next. It’s not about the destination, it’s about the journey. I believe that, so I try to appreciate every day and just see what comes around the corner.”