Honey is the Reward

A honeybee community is the mother of all matrilineages. One queen dominates 100,000 members, mostly unfertile working females. The guys have it good for a while, hanging around eating honey, trying to mate with the queen. She goes on just one mating flight, 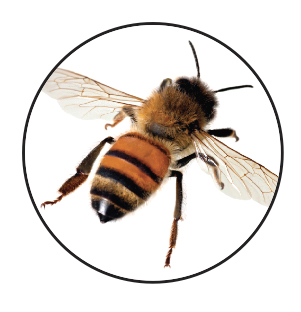 high in the air, where only the strongest can get her; those who do fall immediately to their deaths, their sperm viable inside the queen for years. Males who don’t perform are cast from the hive by other females each autumn — no more honey for you!

These working females earn their hire, running the hive with an efficient social hierarchy. They feed and clean the queen, gather water, pollen and nectar, cool and heat the hive, feed developing larvae and make and chew beeswax to construct hives’ hexagon cells. Then they die of exhaustion.

Only the queen has fully developed reproductive organs; her job is to lay eggs, sometimes up to 1,500 a day. When she falters in her duties, the workers develop a new queen by feeding certain eggs in an enlarged cell “royal jelly,” rich with hormones and protein. The old queen is then unceremoniously dumped out by the workers.

Apis mellifera may be an unsentimental lot, but they make a great product. As evidenced by cave walls, Greek mythology, King Tut’s tomb and more, humans have collected wild bee honey for eons, but they had to destroy hives to retrieve it. In the 1800s Europeans constructed movable comb hives so beekeepers could harvest honey while keeping hives intact.

Honeybees play a fascinating, vital part in our ecosystem. They buzz among plants, using the sun as compass and odor receptors to navigate. They perform air dances to communicate, flying figure-eight patterns and buzzing to show plant food direction and distance. They seek simple food — plants’ nectar via long tongues, to make honey for their colony. As they alight, fine yellow pollen powder from flower centers sticks to their furry bodies and in “baskets” on their back legs, rubbing off on different flowers they visit. This pollination allows flowers to produce seeds, needed to create new plants.

Almost 100 types of fruits and vegetables depend on honeybees for pollination. That is why the honeybees’ declination in recent years, sometimes called Colony Collapse Disorder, creates ecological concerns. The inside of a hive is an almost sterile environment, but bees have virtually no immune system, so viruses, pests, chemicals and climate change 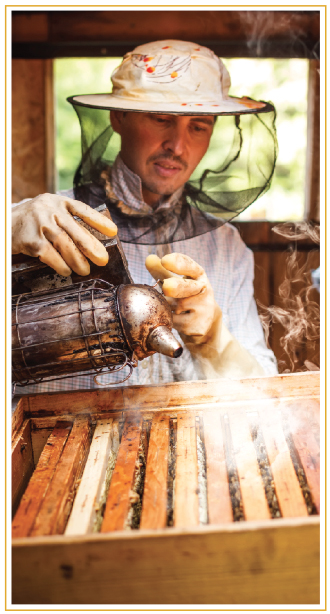 affect them, though scientists don’t agree on one culprit.

Commercial beekeeper Doug Stramer says, “No one knows what’s causing the die-off exactly, but we have had losses. The reasons I’ve heard range from planets not being aligned to cell phones. But I do know if bees come down with a virus, they can’t overcome that; their immune system just isn’t that strong.” He adds, “Everyone in agriculture’s trying to make a living. If farmers can’t make a profit, we have nowhere to put our bees. It’s not because anybody’s trying to kill them off. Everybody’s just got to coexist.”

Most commercial beekeepers are migratory. Stramer keeps 363 hives he winters on a Texas ranch for mild weather and access to Texas blooms. Come spring, he trucks the hives to California to pollinate almonds. Along the way, he gets stung a lot. “I go out there and get the living daylights stung out of me,” he says. Some claim bee venom can have therapeutic benefits. Stramer suffered from arthritis and such limited dexterity he couldn’t put gloves on. After bees stung the more arthritic left hand countless times, his dexterity improved. “I wouldn’t say everyone should put their hand in a hive, no,” he explains. “I don’t know if it’s fact or fiction. But maybe there was a long-term benefit.” Scientists do know that regional honey, collected from native plants’ pollen, aids allergy sufferers who regularly ingest it and build up their pollen immunity.

Urban beekeeping has risen in popularity with environmentally conscious honey lovers. After all, bees clean themselves, fetch their own food and water and store their own harvest, so maintaining established hives is fairly simple. Hive boxes and bees can be ordered and shipped or purchased from area beekeepers. Be sure to obtain a queen and colony from reputable sources for genetic and disease control. Boxes hold 10 rectangular framed sheets for hexagon wax cells that can be removed to extract honey and inspect and move bees without aggravation. Bees keep their brood and food in bottom chambers, extra honey in the top one, allowing beekeepers easy access. Once a colony establishes, a hive can yield 50 to 200 pounds of honey a year. 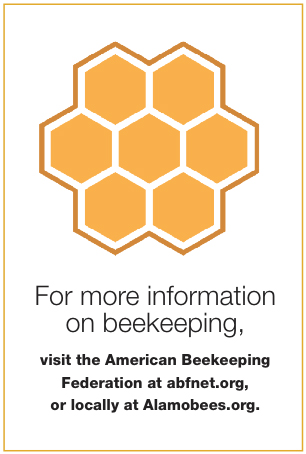 One urban beekeeper, Rob Holliday, kept bees in childhood and  now continues the tradition with his own family. He first approached neighbors to discuss his beekeeping knowledge and seek clearance that there were no severe allergies, health issues or deep innate fears. Now on extraction days, neighbors and kids join in and leave with bottles of their own, some even using the honey for allergy relief. They have also shared honey with local chefs and learned culinary pleasures like combining honey with blue cheese and pears or apricots. Holliday says, “It’s a constant source of learning, and I find it really keeps me connected with nature and what’s going on outdoors.”  They keep an organic garden with bee-friendly plants that need pollinators and watch weather patterns and seasonal blooms, as these affect honey’s flavor and clarity.