Massage Heights COO Shane Evans took a brave step toward improving her company, in 2013, by deciding to appear on CBS’ popular series Undercover Boss. The premise of the show involves sending disguised high-level executives to work among their employees in order to examine “the inner workings of their operation.”

“We are a guest (customer)-centered business. Our product is our people, the massage therapists. They are the ones who go behind closed doors with the guest to deliver the service. It’s important that they love their job,” explains Evans, the company’s co-founder.

“I wanted to make sure that if there was anything that needed to be addressed, that the company would be able to do so. We want to be an employer of choice in the massage industry.”

To get selected for the show, she had to undergo a fairly lengthy vetting process and surrender all creative control, including what kind of disguise to wear. The producers ultimately created “this Peggy Bundy character,” with big hair and glasses and a suitable life bio. Then she and the crew hit the road to visit several Massage Heights franchises around the country. Each time, she had to pretend that she was an entry-level worker, which — judging from the video — was not hard to believe, given her tentative way of performing massage or doing a facial. The filming took 12 days during which she hoped to gain insight into the staff’s concerns and see how things could be improved. 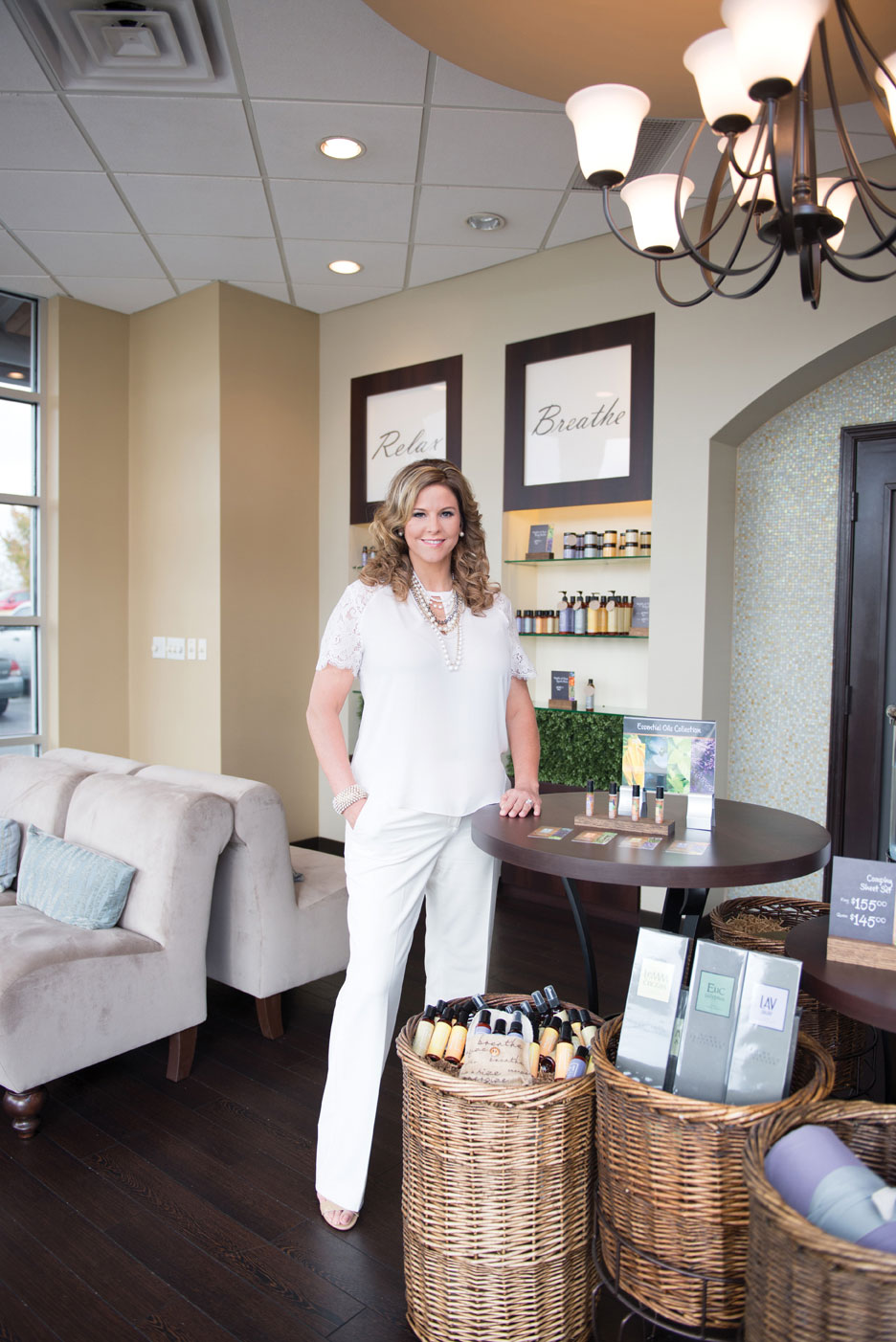 What she discovered was that most employees loved their work but had to deal with both work-related and personal issues. Some situations were heartbreaking. She was clearly moved when a male massage therapist confided that he was struggling financially and emotionally while raising his dead sister’s children. She also saw firsthand that massage was not an easy job. “I gained more appreciation for the actual physical work they do. I didn’t know how hard they worked,” says Evans, a tall, svelte woman who is not a masseuse.

“That induced me to try to figure out a better career path for employees who want to stay in the business. The average career span for a massage therapist is only seven years. I want to create career paths for them for the future.”

A few other discoveries brought changes as well, along with the realization that involving employees in decisions that affect them is a recipe for success. The most important result of her undercover sleuthing, however, may be the formation of the Massage Heights Family Fund to help employees in their time of need. At the end of the show, when her true identity was revealed, there were a lot of hugs and tears as she expressed concern for all featured employees and offered generous financial help to each.

Evans’ own story is not exactly a rags-to-riches tale, but it is still a remarkable story of entrepreneurial success. She co-founded Massage Heights with her husband, Wayne, in 2004 with a single location in Alamo Heights, hence the name. A long-time victim of back pain, she had for years used massage to help her cope, but it was expensive, often inconvenient, and the quality was uneven. The Evanses were spending a few post-Christmas days in Sedona, AZ, in 2003 when Shane’s back went out, forcing her to seek relief at the hotel’s spa. The massage cost over $200, and it was not effective, she recalls.

“That was the night when our business model was born,” notes the now pain-free executive and the self-described massage junkie. Excited, she kept Wayne awake listening to her idea of opening a membership-based massage place offering affordable and convenient professional massage services in an upscale environment. They hatched out a business plan on the ride back to San Antonio.

At first, the couple had no intention to go into franchising. They figured they would have a few locations around San Antonio. Two things combined to make them change their minds. Customers from other parts of the city kept asking if they planned to open a salon in their neighborhoods, so they opened a second one in the Stone Oak area, which attracted even more customers than the first one. Then one of their first employees, who had a business degree, expressed an interest in running her own show based on their model. That woman became the first franchisee. “We knew that we needed to grow; the franchise route allowed us to grow much faster,” remarks Evans.

Today, there are 140 Massage Heights “retreats” in the U.S. and Canada — employing 4,200 people — and plans to expand to 175 by the end of 2016. Many new “units” will be in markets where the corporation already has an established presence, such as Denver, Nashville and Chicago, as well as Austin and San Antonio. (Several stores are owned by the corporation itself.) In addition to various massage modalities, the salons offer facials and skin care treatments and “body elevation” services like aromatherapy, hot-stone therapy and foot scrubs. The basic membership costs $60 a month, but there are other package offers with a combination of services. So far, the more recently introduced skin treatments account for only 15 percent of business.

As the COO, Evans is currently focusing on building a more experienced executive team in the franchising area by hiring some top guns for the VP positions of marketing, operations, finances and information technology. “We are looking to expand to 300 stores in a few years, and to get us to that level we need people who understand what it’s going to take to deal with so many franchises,” she says. “Each franchisee has a liaison person at headquarters to hold their hand and consult with as they go through the process of establishing their business, from finding the right location to hitting their targets.”

In fact, a meeting on development strategy is taking place in her office while she and I talk in someone else’s office at corporate headquarters in the Comerica Building on 281. Though happy to talk to us, she does convey a sense of being rushed and under pressure. The success of each franchise is important to her.

To achieve that, the core values of the corporation and of the franchisees have to be aligned, she points out.

“The values we are looking for are loyalty, passion, authenticity and diligence. If you have those, you are going to attract good people to work for you, and that ultimately filters down to the guests and brings success.”

A Taft High School graduate, Evans says one of her biggest regrets is that she never went to college. Unable to pay for higher education, her parents did not push her in that direction, but Dad eventually told her, “You either go to school or get a job.” She opted for the latter, met Wayne and married at 23. That first job was at a health club where both Evanses were first introduced to the membership concept of business. She later worked in medical equipment sales and became the mother of three daughters.

“I believe everything happens for a reason,” she comments. “My sales job provided me with the skills for this one. I’ve been blessed, really. Today, I am in a good position to help other people.”

And she is surrounded and supported by family members. In addition to her husband, her brother, Glenn Franson, joined the company early on and is now the CEO. Her mother operates a salon in Austin, oversees the Family Fund and helps in various ways at headquarters, and another brother is part of the team, too. The Evanses pride themselves on having strong family values and treat their staff as extended family.

“People must enjoy their work in order to lead happy, healthy lives,” she notes.

After her episode of Undercover Boss aired, Massage Heights received 3,500 job applications from eager therapists and hired a number of them. Franchise Business Review ranked Massage Heights 33rd Top Franchise to own in 2013, and in 2014 Franchise Times named it as one of the smartest growing brands in franchising.

“I love that we are able to enhance the health and lives of so many people,” she says sincerely. “Regular, competent massage solves problems, removes pain, reduces stress, reduces blood pressure, makes you feel better. That’s pretty cool. We elevate the everyday, as our brochure says.” 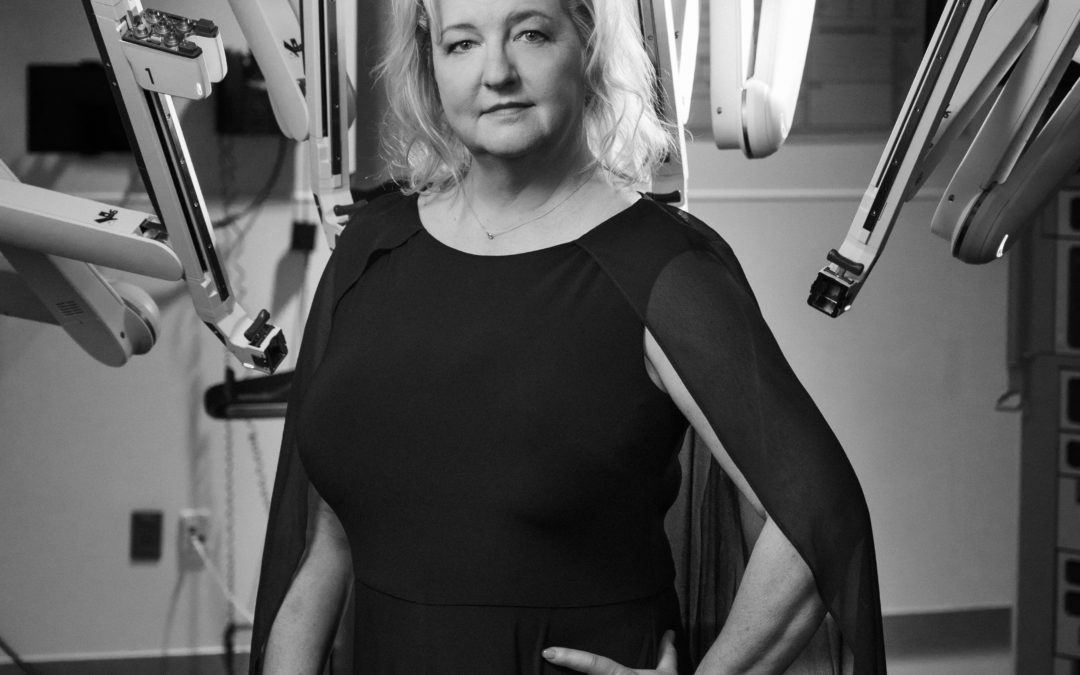 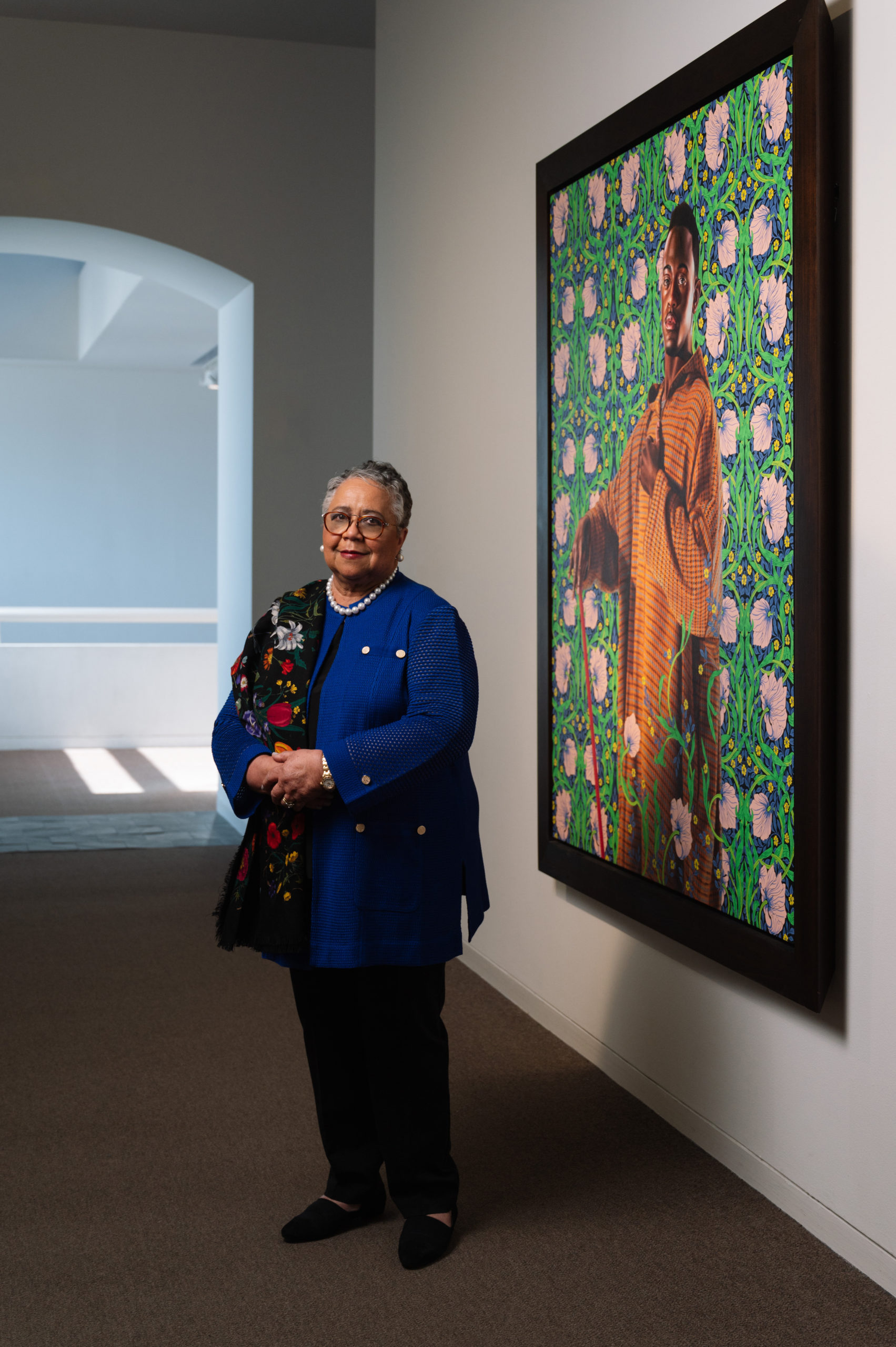