Program director for Grace After Fire

While most high school juniors were counting down the minutes to senior year, Melissa McKennon had another plan in mind — serving her country by joining the Army Reserves. She attended basic training during the summer of her junior and senior years at Sidney Lanier High School. Then she served eight years in the Army as a patient administration specialist with duty stations in Wiesbaden, Germany, and Brooke Army Medical Center in her hometown of San Antonio. 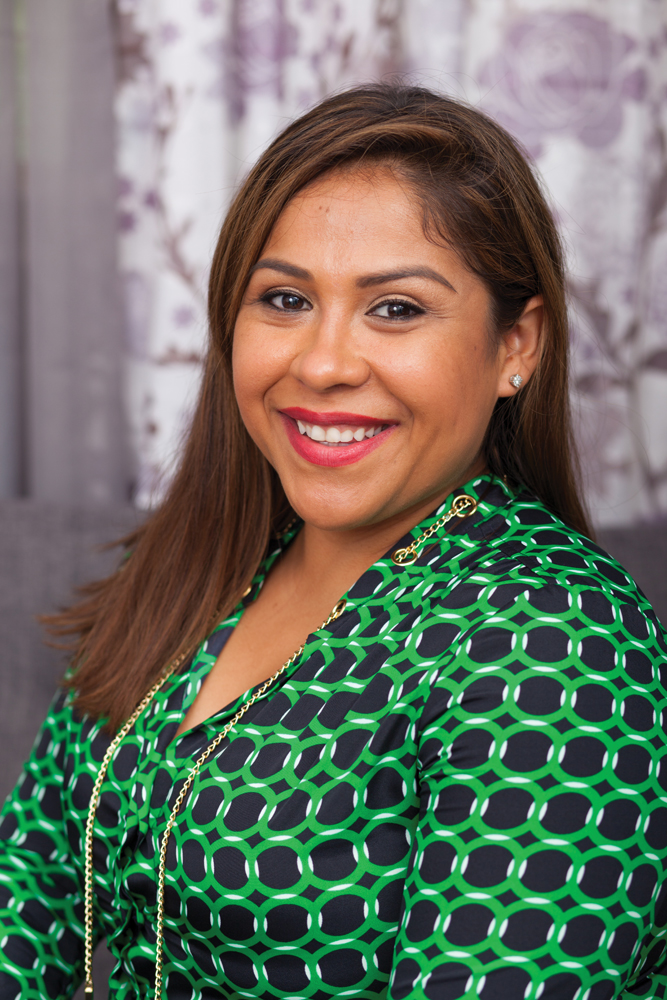 McKennon challenged herself to reach for the stars despite fighting one of her toughest hardships: not being a U.S. citizen.

“I’m the youngest daughter of Francisco and Concepcion Calderon, born in Nueva Rosita, Mexico, raised in San Antonio,” she explains. She couldn’t join the military police or military intelligence or become an officer without U.S. citizenship.

“I became a U.S. citizen in Frankfurt, Germany, in 2006. I promised myself that that would be the last time for an excuse to prevent me from attaining my goal,” she says.

Once she earned her citizenship, the sky was no longer the limit for McKennon. After marrying her husband, Jason, at age 21 (he was also active-duty Army), she yearned for problems to solve, people to motivate and things to discover. After earning a bachelor’s degree in human services with a concentration in psychology from Wayland Baptist University, she completed her most recent achievement, obtaining her master’s degree in organizational development and leadership from the University of the Incarnate Word. McKennon can relate to being an active-duty soldier, Army spouse, veteran, full-time student and mother to her children, Xaidyn and Xasha.

It was through her abilities to connect with others that she became the program director for Grace After Fire, a nonprofit organization for women veterans. The goal is to provide peer-to-peer support to the woman veteran and her needs upon her return home. Grace After Fire’s mission is assisting the transition back into family life and encouraging achievements in the workplace and the pursuit of happiness.

“I want to remind them they are not alone,” McKennon says. “I am their voice when they have lost theirs.”

McKennon could be labeled as a “Dreamer.” “My parents left their lives in Mexico in hopes of providing a better life for their three children. I want my parents to know that their sacrifice was well worth it,” she says. “Here I am, and I am not stopping.”

When McKennon is not on the job or carrying out her motherly duties, you can find her serving as volunteer coach on the soccer field. She is also an active member of the First Baptist Church in Universal City and plays soccer in the social and soccer club.

Why she is a role model: The odds were against her. Married at 21 in a dual-military union and as a non-citizen, Melissa McKennon faced many bumps, but her family and endurance led her to where she is today — making a difference with women veterans as program director for Grace After Fire.

Her role models: “My father and my women veterans. My father is invincible, and it’s amazing to see the women break barriers and never be defeated.”

Words she lives by: May your dreams stay big and your worries stay small.

Last book read or favorite book: From Good to Great, a story declaring anyone can be good, and also The Giving Tree, which McKennon believes sums up her life.

Favorite movie: Rocky IV. “The odds were against Rocky. Every time he fell, he found a way to get back up. That’s me.”

Favorite pastime in San Antonio: “Anything involving my family, barbecuing or playing around outside.”

Most memorable moment as a youth: Going fishing with her dad and siblings at Brackenridge Park. “My fishing pole was a tree branch, and my siblings had rods. Yet I was the only one that caught a fish (more like a tadpole), but it changed my life. It changed my vision, my way of seeing greatness in the mud, and looking for the best method to a solution.”

Describe a personal goal: “To be the best version of me. To inspire others to be greater, to be a role model to my children, especially my daughter — she is my shadow. I want her to look up to me as I do my mother.”

Describe a professional goal: “To complete a Ph.D. in adult education and leadership from Texas State University and to help as many women veterans as possible.”